Moose not scared of new challenges, definitely afraid of snakes 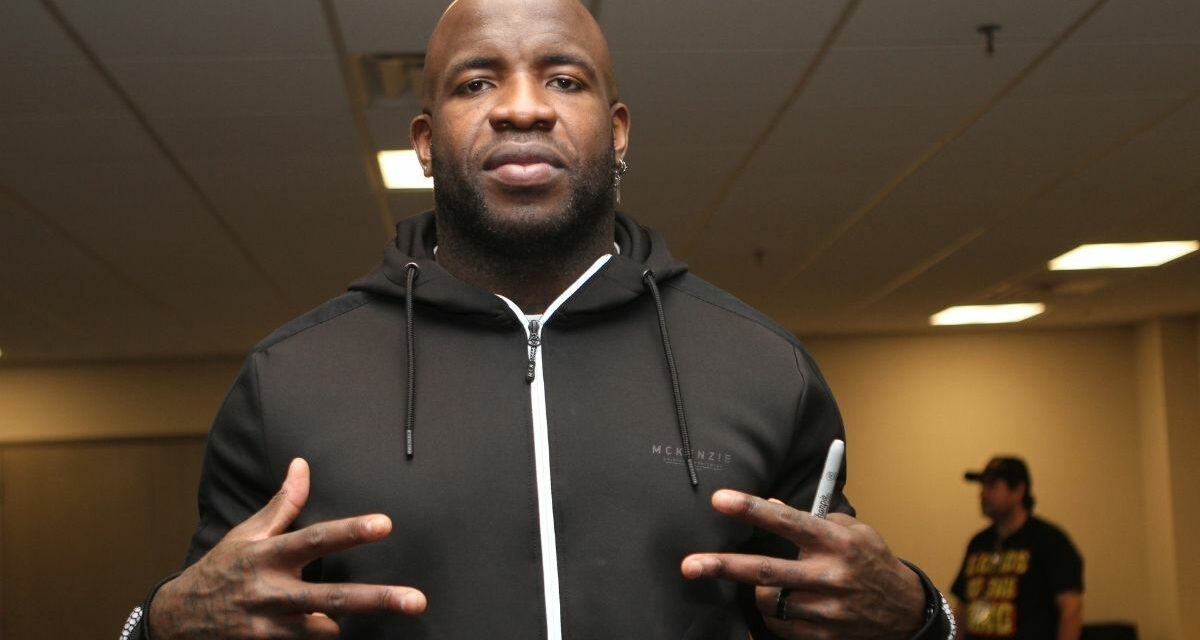 Even though Impact Wrestling star Moose isn’t yet scheduled to compete at next weekend’s Under Siege or May Day special events, taking place in Newport, Kentucky, on May 7th and 8th, respectively, he’s not ruling out anything in terms of his presence at the events.

“Right now, I’m not booked to wrestle,” he confirmed to SlamWrestling.net in an exclusive one-on-one days before the events. “But that can always change. You’ll have to tune in and find out.”

Based on his comments, if he does appear, it likely won’t be to insert himself into Josh Alexander’s match between Tomohiro Ishii for the Impact World Championship. After having lost the title to Alexander at the Rebellion pay-per-view earlier this month and their subsequent rematch on last week’s Impact TV show, Moose seems to be looking at new titles to capture.

“I lost fair and square to Josh, and the better man won on both nights,” he conceded. “Josh has earned the right to be the Impact World Champion, and I’m happy to see what he does with his run as champion. As for what’s next for Moose? I have some goals in mind: I’ve never been tag team champion, and I’ve never been X Division champion. Maybe those are two things I might think about getting into.”

And, as no stranger to walking through the “Forbidden Door” – Moose walked through it last year to challenge Kenny Omega when he was Impact World Champion in a match in AEW territory at Daley’s Place in Orlando, Florida – Moose doesn’t rule that out as a possibility.

“Of course, I’m happy to take on everybody in Impact. But now that I don’t have to worry about defending the Impact championship, maybe I can go over there and challenge someone for theirs. It’s all so fresh, that I have some time to really think about what’s next for me.”

Though don’t expect any major shake-ups to Moose’s character or presentation in the near future. Indeed, Moose said that he’s very comfortable in his own skin, both in and out of the ring. He notes that much of who you see on-screen is actually very much himself, just “turned up to a million… there’s no way I could be that hyper on a regular basis,” he laughed.

Part of that presentation includes his customized ring gear. His robes and gear are a key ingredient in the overall aura of Moose, and he paid tribute to the recently-departed Jeff Greeno, who designed a lot of his wardrobe.

“I just heard about that,” he said, somberly. “It’s just so sad that a young guy like that would just die randomly. He was a great guy, and he did a lot of stuff for me. My condolences go out to his wife, Lisa, and his family and friends. It’s just horrible news.”

“The ring gear, your music, your introduction – those things are very important,” Moose said. “Wrestling is one of those things where you do judge a book by the cover. If you don’t look like a star, people aren’t going to pay attention to you, they won’t watch your matches and see how good you are in the ring. That ‘switch’ turns on as soon as you leave the hotel room – you’ve got to be that star.” 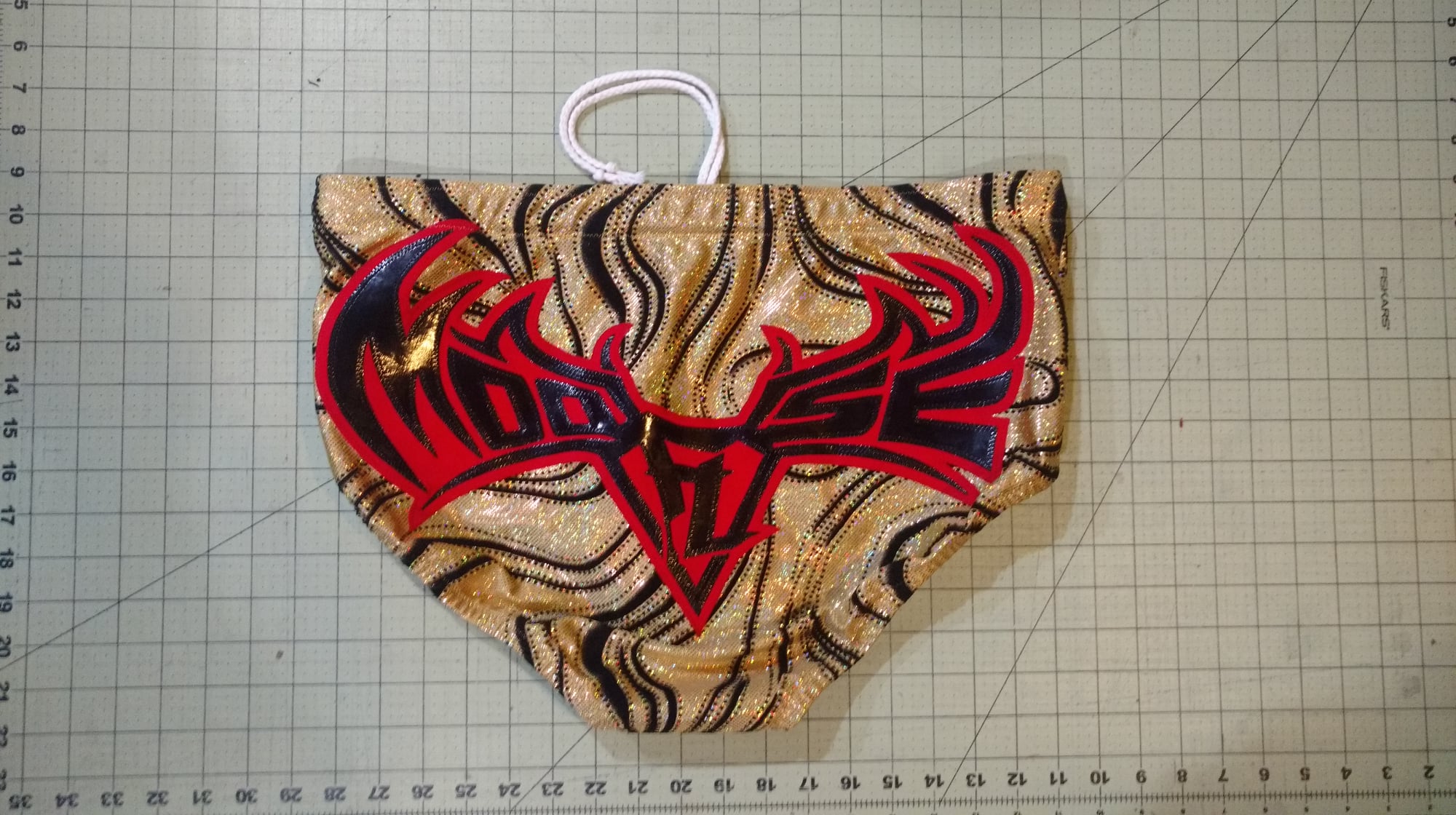 Gear designed for Moose by the late Jeff Greeno.

That switch stays on in the gym, where the self-confessed “gym freak” spends between an hour to three hours a day, depending on his training plan. But once he gets home, he turns off the switch with some more relaxing activities.

“I watch a lot of movies – I’m a big fan of dramas, psychological thrillers, and action movies, and I smoke hookah.”

On the opposite end of the spectrum, there is one thing in particular that stresses Moose out more than anything else.

“I’m terrified of snakes,” he revealed. “You want to see me die? Put a snake in my bed when I’m asleep, and when I wake up, I’ll probably die. When I was with the (Indianapolis) Colts (in 2011), somebody played a rib on me, and put a snake in my cubby hole in my locker. Oh my gosh, that was the scariest f—ing thing ever.”

Safe to say that he probably won’t have to experience that kind of thing in Impact – after all, Jake “The Snake” Roberts is with AEW, and for the time being, Moose is firmly-entrenched where he is.

“I still have a long time left on my contract,” he noted, “so I’m not even thinking about what I want to do after Impact, if anything. Once that time comes, we’ll see. As for how long I’m going to keep wrestling, I hate to put a number on it. It all depends on how I feel at the time. When I get to the point where it hurts too much to walk, then maybe (I’ll consider quitting). But otherwise, I’m going to do this as long as I keep having fun.”

In addition to next weekend’s Under Siege and May Day events, Impact has announced a few more big shows in the coming months: Citrus Brawl takes place in Kissimmee, Florida, May 13-14, and its annual Slammiversary pay-per-view event takes place on June 19th in Nashville, Tennessee, with TV tapings taking place on June 20. For ticket information, visit https://impactwrestling.com/events.