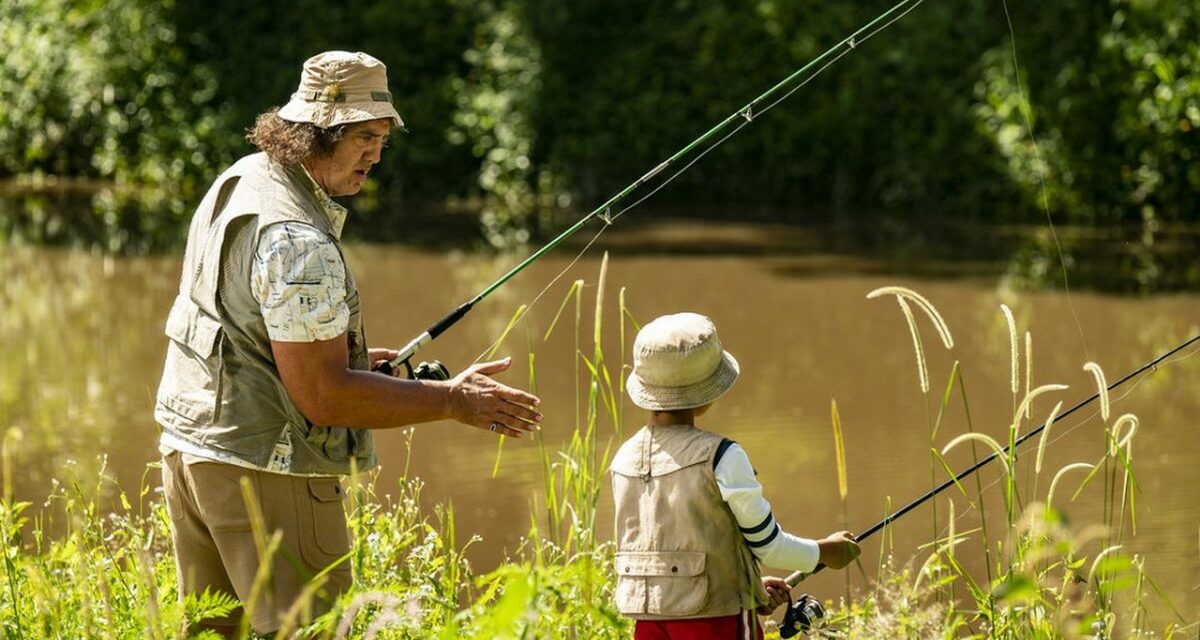 Sometimes, you just need to slow things down. A rest hold in a wrestling match, like a headlock or a body scissors, lets everyone take a moment, turn the story in a different direction, and then pick up the pace again. That’s precisely what this week’s episode of Young Rock, titled “Kiss and Release”, felt like. You’d be hard-pressed to point to anything really happening in this episode, but there are plenty of story points set up and ready to roll once the action picks up again.

Now, there’s another way to look at this kind of episode as well. Only in a more contemplative entry such as this could you work in André the Giant (as played by Matt Willig) offering advice and philosophy on the nature of love to young Dewey Johnson (played in this time by Adrian Groulx). So, while the episode is lacking in terms of significant plot development, it does offer some very enjoyable character moments.

It’s 1984, and the Johnson family is riding pretty high in Hawai’i. Rocky (played by Joseph Lee Anderson) is WWF Tag Team Champion along with Tony Atlas in The Soul Patrol, and young Dewey is popular at school as a result. Not everything is coming up roses, though, as Rocky is harbouring some jealousy over how Atlas seems to constantly get the attention and praise, and Dewey is dealing with another student who keeps trying to poke holes in Dewey’s stories about his famous dad. Plus, something is causing Dewey to act out with all sorts of shenanigans, which has his mother Ata (Stacey Leilua) concerned (but Rocky … not so much).

Fast-forward to 2032, where Dwayne Johnson is seeking the presidency of the United States, and Julian, now played by Sean Astin, is still a thorn in his side as they engage in social media spats while Julian offers support for Johnson’s political opponent, Senator Brayden Taft. The episode features the return (in name only) of General Monica Jackson, Dwayne’s running mate as played last season by Rosario Dawson. His team thinks that she is a key to gaining support from a governor in a closely-contested race, but the end of the episode shows how badly this idea plays out.

Randall Park continues to steal scenes as a bumbling version of himself, hapless but always eager to talk about his perceived successes. He boasts that “I once played an online-bully in a Lars von Trier film, ” to which Johnson replies and shuts him down with: “We all have, Randall.”

Back in 1984, Ata is showing some real creative spark as she builds for an upcoming show, staging a scrap at the airport where Hillbilly Jim (played by Luke Reynolds) and Ric Flair (Matthew Farrelly) arrive to be greeted by a sunburned “Mean” Gene Okerlund (Dave T. Koenig) and The Iron Sheik (Brett Azar). Lia Maivia (played by Ana Tuisila) is wrapped up in her extortion trial after her actions in season one that saw her threatening a rival promoter, leaving Ata in charge of the wrestling show for the time being.

This has Ata with her hands full, and when Rocky doesn’t seem concerned about their son’s behaviour at school (“So the boy turns heel for a couple of weeks,” is Rocky’s take on the situation), Ata reaches out to André to talk to Dewey about not turning into a bully just because he’s getting bigger.

Mind you, once they’re out at the fishing hole, André is alarmed to hear that it’s not an inclination to bully that has Dewey getting into trouble — it’s because he’s seeking the attention of a girl. Gulping his wine, André says that he may not be the best person to talk to about this.

Meanwhile, Lia’s trial is going badly, as first her clumsy attempts at bribing the judge and jury backfire, and then her fiery and belligerent attitude does not stand up well to prosecution. For his part, Rocky is intrigued at hearing about an opportunity in Saudi Arabia for someone of his stature, while he’s also unsatisfied with a response he gets from Vince McMahon (played by Adam Ray) when Rocky asks about some solo matches for himself away from Atlas. McMahon isn’t interested in this, but promises Rocky that something big is on the horizon, though he doesn’t know what to call it yet. Maybe WrestlePlex?

Back with Dewey and André, the big man finds his rhythm and gives Dewey some solid advice about putting his heart out there but not letting himself be crushed if the love is not returned. It’s still a love you feel, after all, and he must still respect those that don’t love him in return.

That’s where the journey of a young Dwayne Johnson ends for this week, with several pieces set in place and the story ready to break out of the headlock and start rolling forward next week. Again, though, taking the time to slow down and imagine André the Giant as a love guru makes for an entertaining rest from the usual busy nature of the show.