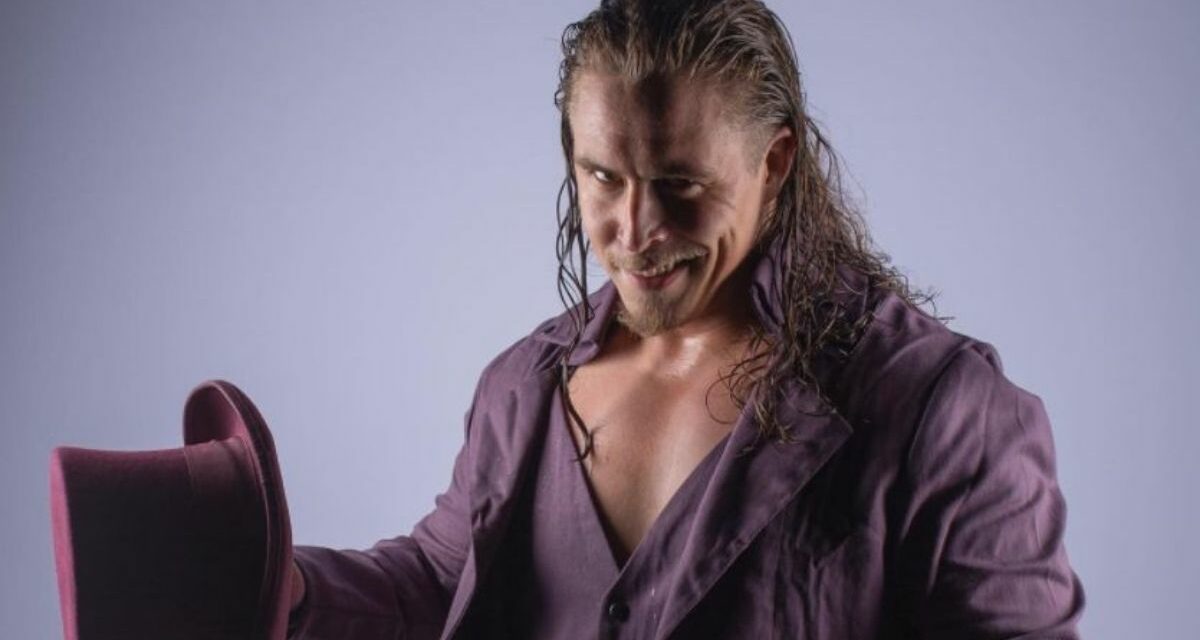 NASHVILLE, TN – While this year’s NWA Crockett Cup shows featured a number of familiar names like Nick Aldis, Trevor Murdoch, and Matt Cardona – some of the matches featured emerging stars that may not be as well known today, but are building a following for themselves. One such talent is the impressive “Magic” Jake Dumas.

At 28 years old, Dumas is still a relative newcomer to wrestling, having started training at 25. But he has taken to the ring “like a duck to water,” and he explained to SlamWrestling.net about his journey and where he wants to go.

“I used to be a United States Marine,” he said, “but I got medically separated for a very serious stomach condition that I had. I’d been a fan of professional wrestling my whole life. I did an Acting and Directing major from Belmont University (in Nashville, where Dumas is based out of), so I was always interested in being a showman and entertaining people. So I thought I’d give it a shot.”

At 26, he started training at the Tried and True Academy under Anthony Mayweather, along with coaches Thom Latimer and Jeremiah Plunkettt, and they showed him the ropes.

“I would absolutely die for those guys,” Dumas said about his mentors. “They taught me how to walk, how to talk in the ring. I owe them my career. I trained for two years, and they gave me a lot of personal attention, and as a result, I escalated very quickly.”

Under the name Fable Jake, Dumas (real name Jacob Gill) appeared on the independents and was used on NWA television, generally in an undercard / enhancement role. A recent change in character, however, saw Dumas emerge as a new personality – this time, a somewhat darker and disillusioned magician. And he has been conjuring up some wins, including one over Captain YUMA in the opening match on the first night of the Crockett Cup. 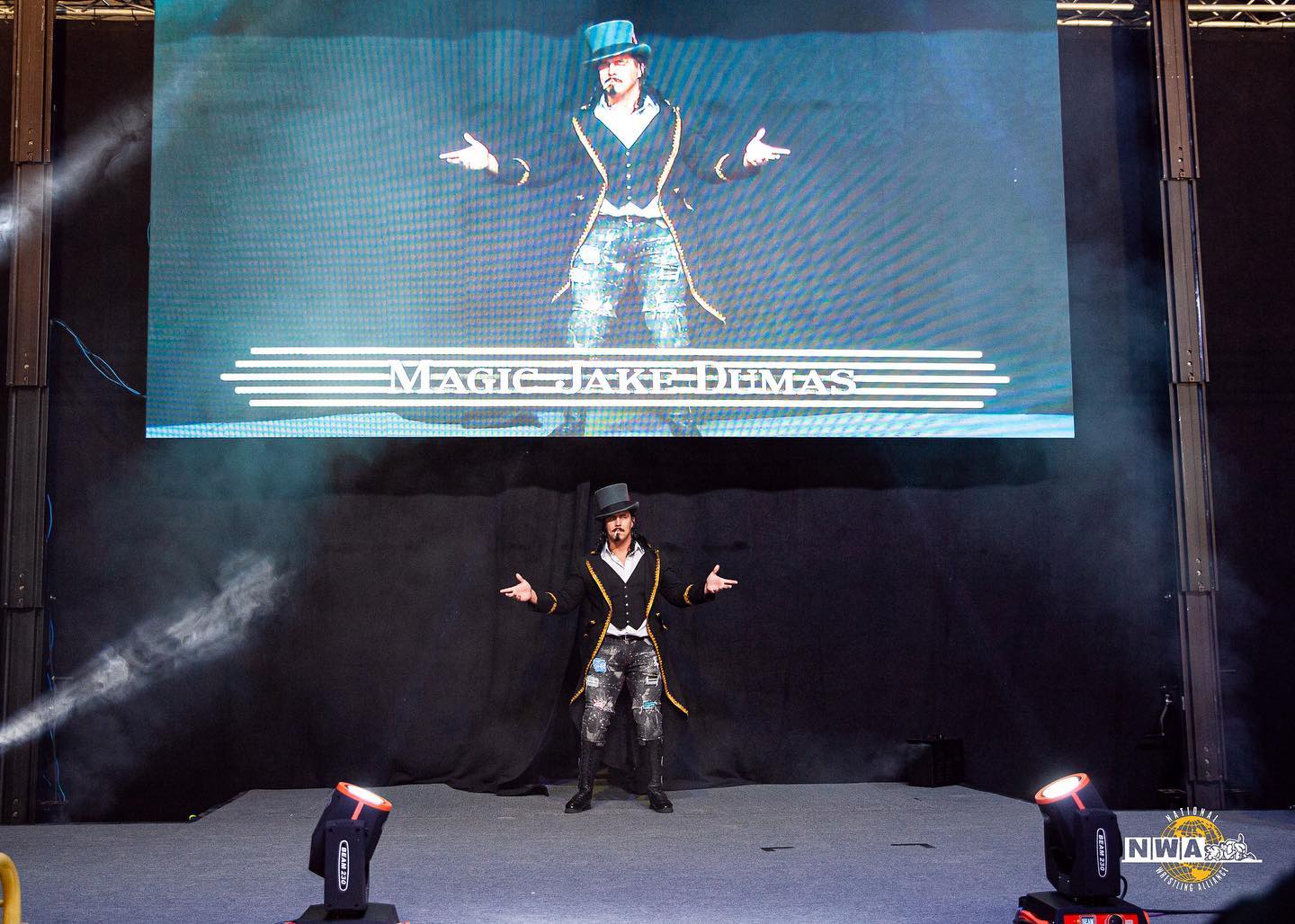 Magic Jake at an NWA taping in March 2022. NWA Photo

“One of my favorite musicals of all time is The Greatest Showman,” Dumas said, explaining the inspiration behind his new character. “So I thought, let’s take this dark showman who came from the carnival and tweak him a little bit. Nobody had even done a disgruntled magician before. So I put some dark paint in my hair, and I come out smoking a cigarette to show people that I don’t want to be there. And I thought maybe people will click with that.”

The fan response to the character has been quite strong, and it’s that kind of reaction that Dumas says will keep him motivated. He prides himself on being able to help others – and despite not being able to do it any more in the military – he looks at wrestling as the new avenue for that.

“I’ve always had a philosophy to leave something better than (how) you found it. I struggle with a lot of mental health issues. I wasn’t the most popular kid growing up – there were a lot of times where I felt unwanted,” he shared. “If there are kids watching me, and they see me – the unwanted one – sticking around and keeping on fighting his demons, and fighting back against those voices of doubt… if I can convince just one kid to keep fighting, then this whole thing will have been worth it.”