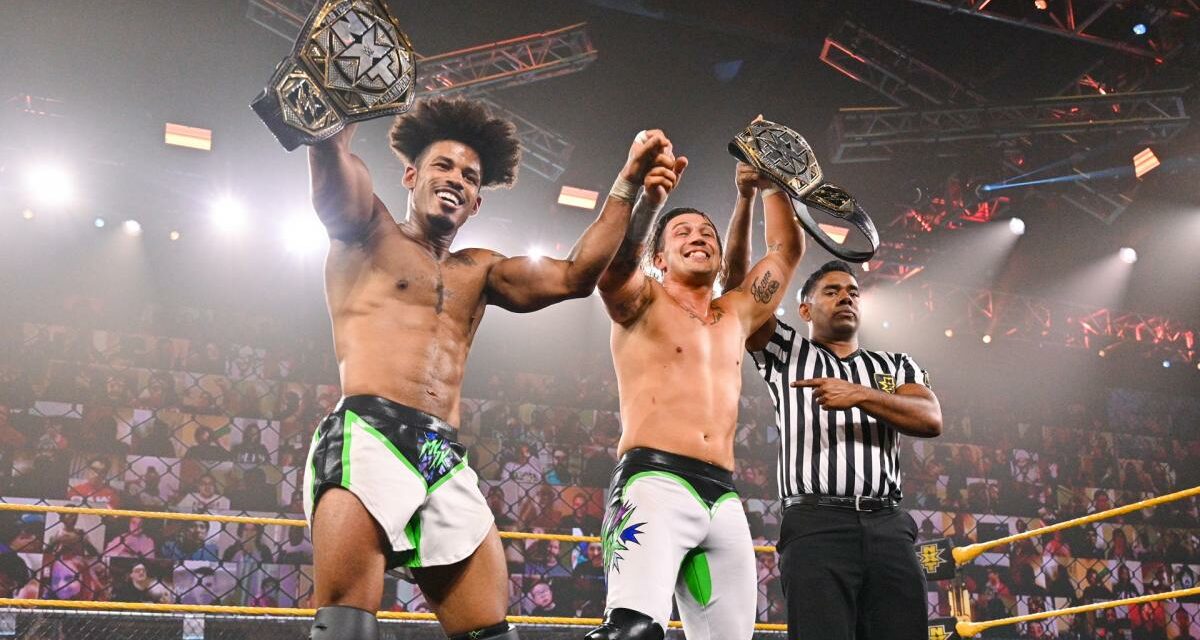 The WWE has officially announced that new NXT Tag Team Champions will be crowned.

It seems that MSK has been forced to relinquish the titles since Nash Carter was fired from the WWE leaving his partner Wes Lee, well, without a partner.

New champions will be crowned on NXT next Tuesday night.

The WWE fired Carter after his wife, Impact talent Kimber Lee, posted a picture of him in his youth looking like and saluting like Adolph Hitler. She also posted pictures of what she claimed was physical abuse by Carter.

Lee’s wife has defended Carter saying the accusations and release of the photo both come on the heels of Lee being served with divorce papers by Carter.

And who brought it to light with the intention to get him fired? Picture never needed to be released because it does not correlate to the man that he is. She kept this pic in her arsenal with a malicious intent. This is slander and defamation.

Seems as if people have been emailing WWE. This was an interesting perspective. 🙏🏽 pic.twitter.com/5EnXR8LrrB