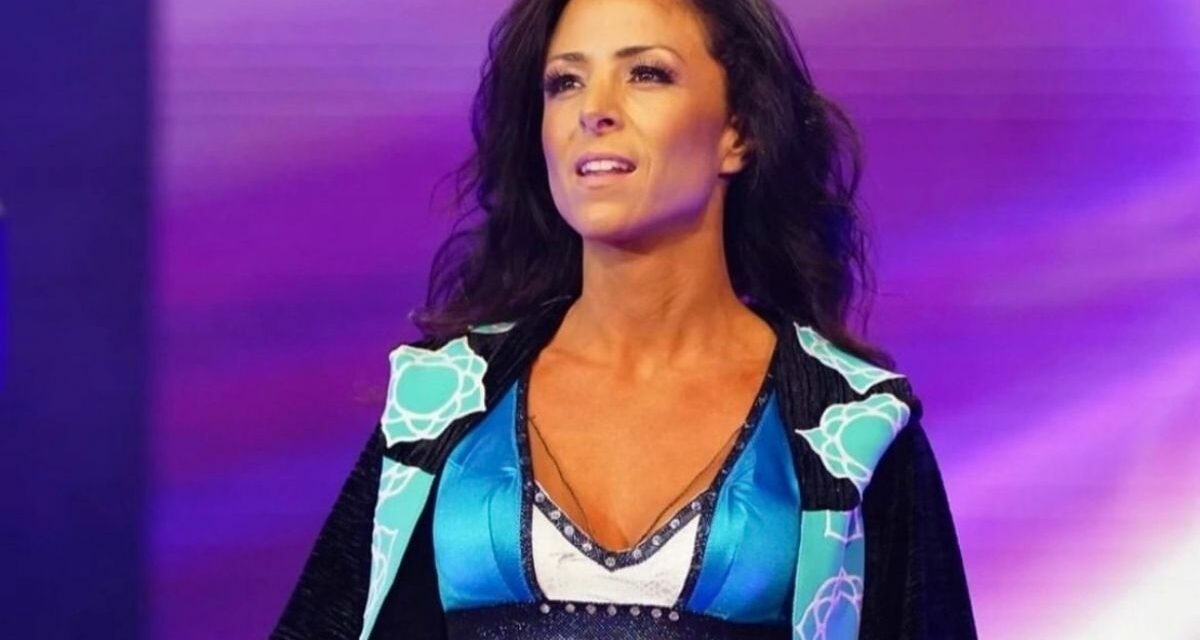 “The Professor” works on a couple of levels for Serena Deeb. Yes, that’s her nickname in AEW as she schools young wrestlers without any mercy. But it’s also her passion, heading out and sharing her knowledge of professional wrestling in rings and classrooms.

On Thursday, April 7, she’ll be in Mississauga, Ontario, at the Don Kolov Arena at Battle Arts Academy, for a seminar.

Not to worry, students, she won’t be in character, twisting and torturing.

“I actually love doing seminars. It’s one of my favorite things to do,” Deeb told SlamWrestling.net this week.

The Battle Arts Academy was founded by Anthony Carelli, who wrestled as Santino Marella in WWE. Deeb and Carelli were both students studying under “Hustler” Rip Rogers and Al Snow in Ohio Valley Wrestling. Deeb said Carelli is one of her best friends, like an “older brother.”

While Carelli is still involved with Battle Arts Academy, it’s owned by Hamilton Wrestling Entertainment Inc., now (with a second local just announced for Beaverton, Ontario). Adam “AC” Cocca is one of the owners, and they’ve lined up three straight days of seminars: Deeb on Thursday, the Singh Brothers / Bollywood Boyz on Friday, and a referee-specific seminar on Saturday with Jimmy Korderas/Harry D on Saturday.

“We here at HWE want to continue to strive to give the best learning opportunities to all the aspiring professional wrestlers we can. Serena is a special talent, not only does she have her own dojo but she also spent quality time at the WWE performance center as a coach,” said Cocca. “We believe her in-ring skills, knowledge and the tools she possesses are a gift to pass along to the next generation of aspiring pro wrestling athletes.”

Deeb said that she plans ahead and has a “general idea” what she wants to cover in her seminar, but she has to be prepared to roll with it — not unlike a match.

“I’m very detail-oriented with my wrestling so a lot of my seminars end up going into like, correcting very, very minute details that a lot of people probably don’t see or aren’t trained properly. So I have an idea, I have a general outline and I have a way I start and all that,” she began. “You can’t really write out a whole game plan.” People throw questions at her or it all goes awry, in a good way.

“The last seminar I did, I had an idea what I wanted to do and it went in a completely opposite direction. And it was really fun because it was just going off of what I saw, pushing into that, rather than what I had potentially planned,” said Deeb. 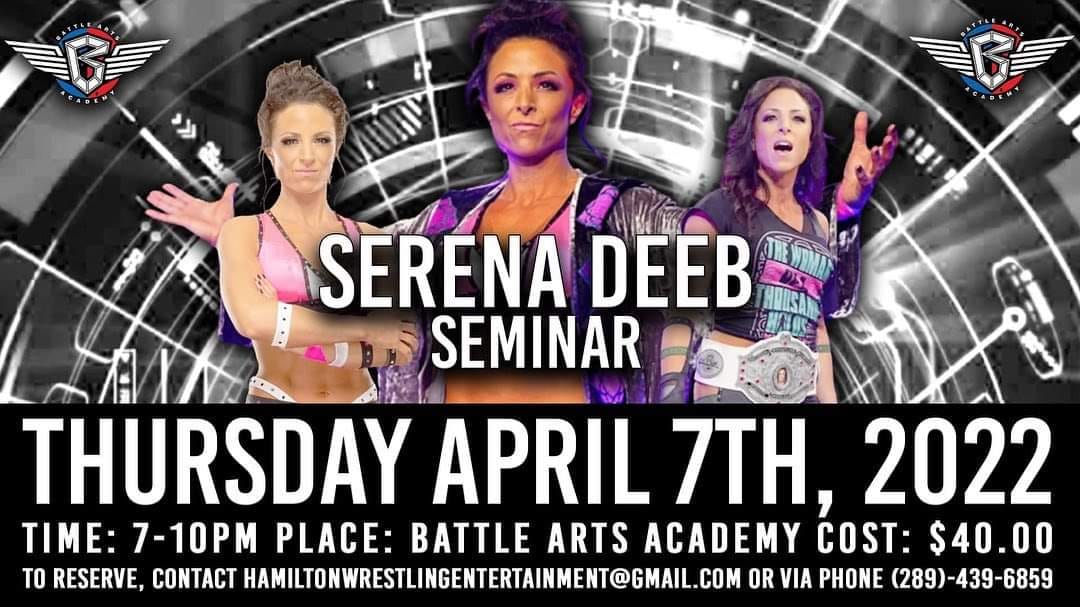 Upon arrival, Deeb has to take stock of the skill levels she has to work with.

“I want to see how people move at the very start, like footwork and ring positioning and those types of things. And the thing is about seminars too, is you have all these different skill levels, so you’ve got to take the temperature on that, like, ‘What am I working with?’ and start to pinpoint, ‘Okay, this person is maybe at this skill level, this person’s maybe a little higher. So how can we fuse the two together?’ But I love working on technical stuff, obviously, and just ring positioning and transitions.”

The television aspect is more important than ever, even if they have to imagine the cameras being turned on during the seminar.

“Another thing just to add is breaking down elements of TV wrestling, like how to wrestle on TV,” she said. “There’s so many things like times and commercial breaks, and cameras, and all of these things and being able to adjust on the fly if you have to cut some stuff out and that kind of stuff. These are important things to explain to them as well, because every single person, every trainee in wrestling, I would imagine wants to work for a major company on television at some point. So just try to transfer a little bit of that knowledge as well, and just things to keep in mind as they work indies — try to put some of these things into practice.”

Wrestling on the indy scene can be “freeing,” admitted Deeb, but “if your ultimate goal is to work for AEW, WWE, Ring of Honor, Impact, what have you, and you want to be on television, you’ve got to start thinking a little deeper about these things now.” 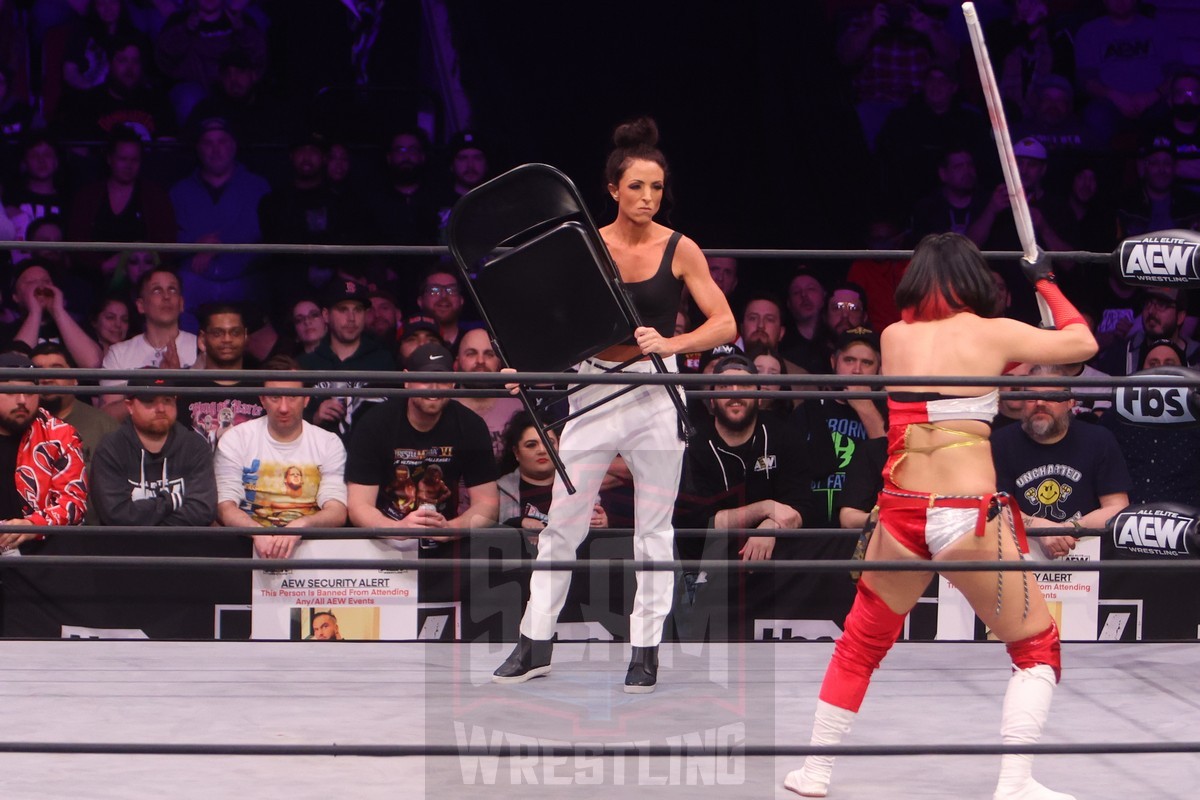 It’s beneficial to the students to have the class and get to wrestle in front of an audience that evening.

“I like doing seminars right before there’s an indy show, because I always encourage them, ‘Hey, here’s one challenge for the show. Pretend that there’s a hard cam,’ or ‘Pretend that there’s a floor cam.’ Take one element that we discussed regarding wrestling on television, and put it into play in your indy match. And just pick one and start small and then build from there,” said Deeb, adding that the idea is to take the lessons with you. “Then every indy show that you do, keep these things in mind.”

The cameras aren’t always professional either, she noted. Much has changed since her debut in late 2005.

“It’s funny watching all the wrestling shows this [WrestleMania] weekend, and just seeing three quarters of the crowd had their phones out, recording. It’s just a totally different landscape now,” she said. “It’s not the Attitude Era when cell phones weren’t as much a thing, and people were paying attention the whole time. I mean, people are scrolling through Twitter or recording the matches, recording this, recording that — it’s a total cellphone game today, and it’s fascinating to watch. I mean, we’ve come a long way.”

But Deeb is also decidedly old-school. Her teacher, Rip Rogers, is a legend for his wrestling lessons and for his creative use of swear words. A little of both comes with Deeb to the seminars.

“I’m very, very passionate about wrestling,” she concluded. “So when I get on the roll, things flow off the tongue sometimes but it’s all out of passion. I usually take a little pause in my seminars and say, ‘excuse some of the profanities but I’m very passionate.’