1980s nostalgia rules in this week’s episode of ‘Young Rock’ 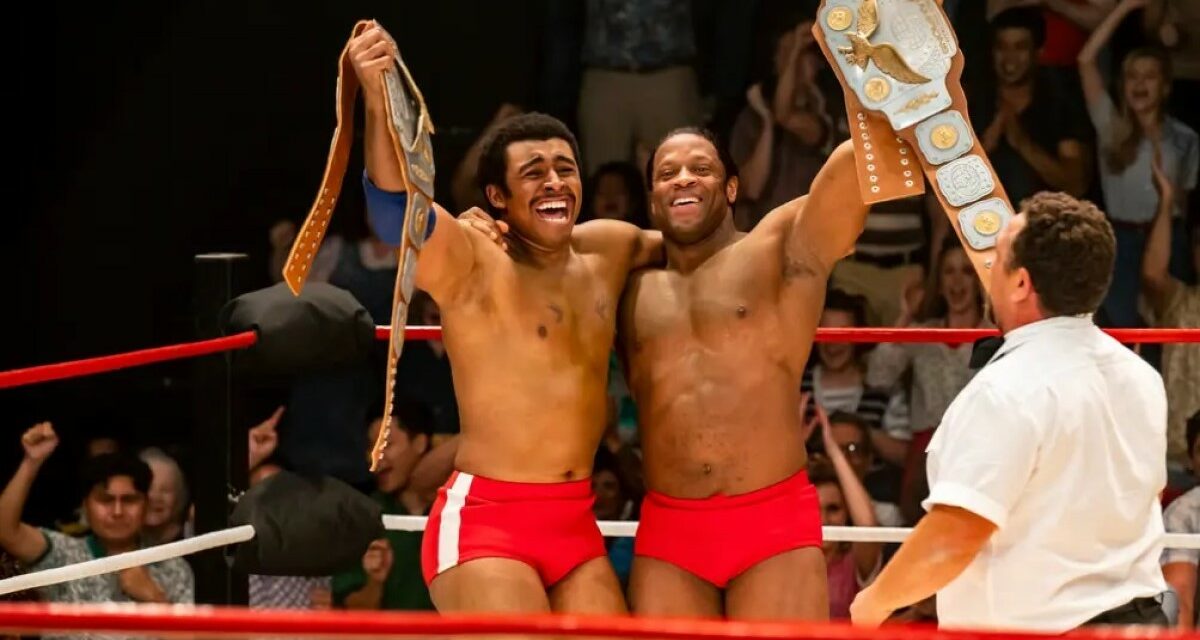 In the time-travelling adventures of Dwayne Johnson, as told in NBC’s Young Rock showing at 8:00pm EST on NBC (and in CityTV in Canada), we spend most of this week in 1984 with the Johnson family riding high in Hawai’i. Rocky is the WWF tag champ alongside Tony Atlas in The Soul Patrol, Ata is trying her hand at some booking while Lia is still under house arrest by the FBI, and young Dewey is enjoying the fruits of his father’s success with snazzy clothes and a little celebrity at school.

For wrestling fans, this episode offers a trove of 1980s stars that’s a roll call of favourite characters from the booming WWF — even though, as the show is not shy about doing, the timing is off on some of these characters working together (sometimes way off). Beginning with the Johnsons visiting Classy Freddie Blassie, who was the man the wrestlers went to to get hooked up with jewelry, the rest are seen in the ring: The Tonga Kid, Jake Roberts, George “The Animal” Steele, Mr. Fuji, and the returning Iron Sheik and Ricky Steamboat. Outside of the ring we meet Pat Patterson, and also see the returning Andre the Giant, Sgt. Slaughter, and Randy Savage.

Again, the show’s creators have been up front with the fact that while the stories presented are true, there is some creative license allowed as far as who was involved or when they take place. Mr. Fuji, for example, was not yet the bowler hat wearing, salt-throwing heel manager as shown in the episode in 1984, but chances are that’s who the general audience of Young Rock is going to want to see. Same goes for Jake Roberts: no, he wasn’t using a snake yet, and of course we all know the snake’s name was Damian, not Desdemona as called in this week’s episode. Again, pro wrestling’s used to stretching the truth and fudging the facts to put on a good show, and that’s what you’ll get here.

We also see the return of Adam Ray as Vince McMahon, who is at this time a blessing as far as the Johnson family is concerned, and who will no doubt be featured more prominently in the episodes where an older Dwayne makes his entry into the WWF in the 1990s. McMahon also lends his moral support to Lia, expressing his own distaste for the FBI.

The rest of the 1980s shout-outs come in the form of a shopping spree for Dewey at Toys R Us, Savage quite seriously explaining the rules of caring for Gremlins, Ata and Lia following the romance between Bo and Hope on Days of our Lives, and Rocky looking to jump in on the waterbed craze.

Throughout the episode, the three family members each have their own adventures to focus on. As mentioned off the top, Ata is given the chance to run her mother’s business as Lia finally gives in to staying in her house — though the ankle bracelet certainly helps to encourage her. Ata suddenly realizes how her mom has been booking the same matches every week and she starts seeing opportunities for some creative improvements. The first thing she tries out is staging a mock disagreement between Rocky and Tony on a radio promotional interview as to who is really carrying the team. When the interview ends, they have a chuckle about how good the argument sounded, but this is building on some real bitterness stewing within Rocky about the very same thing.

Dewey, meanwhile, is dealing with something of a school nemesis, as a newcomer named Julian, sporting a Hulkamania shirt, challenges Dewey’s claim that he really is the son of the tag team champion. This doesn’t sit well with young Johnson, naturally, as he’s had a crowd of students eating out of his hand with stories of his glorious father. Inevitably, this leads to a schoolyard challenge and involves Rocky’s championship belt that Dewey sneaks into school. The fight is short and ludicrous, and doesn’t lead to much other than it shows just how much Julian got under Dewey’s skin as a kid.

Fast-forwarding to 2032, and presidential hopeful Dwayne Johnson is still dealing with Julian, now played by Sean Astin, as he trolls him online about the time Dwayne tried to kill him (this was the fight from school). Johnson wants to shrug it off, but he’s still so annoyed by Julian that he ends the show by starting to engage with him on Twitter. Well, that does it for the presidency, doesn’t it? In what universe would a candidate who flames people on social media possibly be considered fit for office?

Introducing Pat Patterson is an especially important moment in the show as he is certainly an important piece of Dwayne Johnson’s story. He’s connected to the family through his tag team partnership with Peter Maivia, and the show presents a locker room scene in which Maivia stands up for the openly gay Patterson by giving him a good luck kiss, essentially telling the other wrestlers in the locker room to get over their prejudices or deal with the High Chief.

Ultimately it was Patterson who really saw potential in Dwayne, at the time still toughing it out with the Calgary Stampeders, and brought him to the WWF’s attention. Again, then, it stands to reason that we’ll be seeing more of Patterson in the other show’s timeline when this is all coming to pass.

A fun episode like plenty of others in the series: if you fact-check it like it’s a documentary, you’ll catch plenty of inaccuracies but you’ll lose the fun of seeing all these classic wrestlers come to life again. Young Rock isn’t changing its style, so you might as well enjoy the ride.