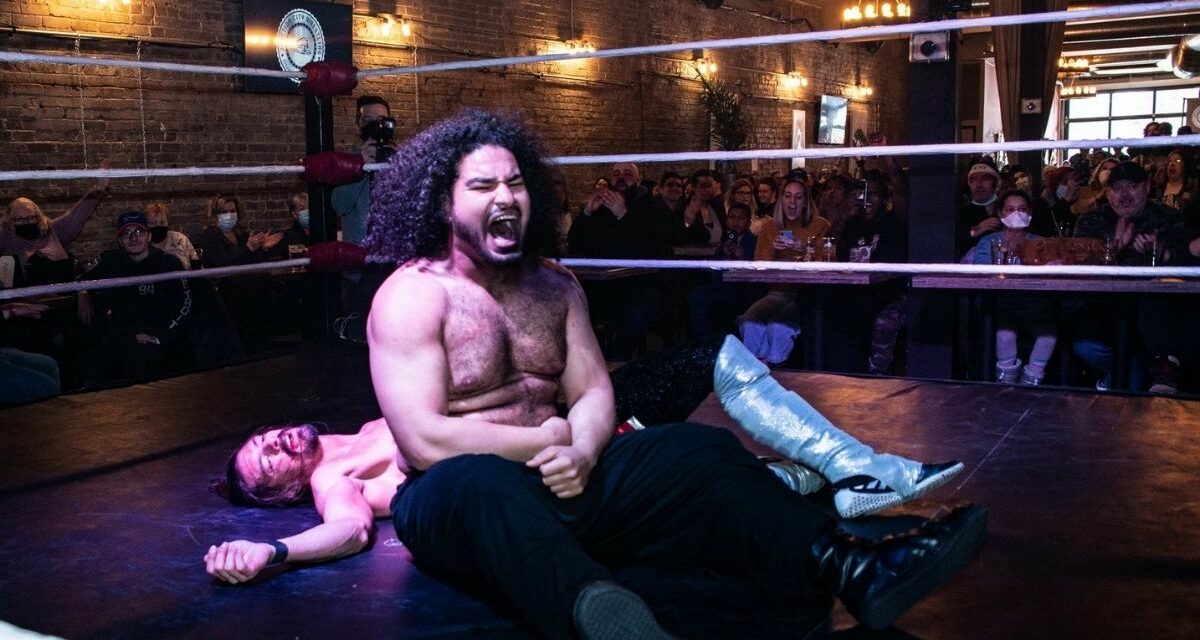 We all have them. Those friends. You know, the ones that don’t watch wrestling, don’t know much about it, and humor you a little when you talk about it.

So imagine my surprise when one of those friends suggested we go to a local wrestling show. And by local, I do mean local, as it was a bar in our neighborhood that we could both walk to, and where we had spent many a Wednesday night competing at trivia on the very occasionally successful Burning Sensations squad.

Catherine and I had first met in 1991, when I started as a summer student at the Toronto Sun library, where she’d already worked for a couple of years. We hit it off immediately, and have stayed friends, even through the stress-inducing home brewing years. Then she worked for a while with my wife, so we’re all pals.

Junction City Wrestling was the promotion, and the 3030 bar on Dundas Street West in Toronto the location. Both Catherine and I knew that there had been wrestling in the bar before, as promoter Andrew McRae had come to a 3030 trivia night and, me being the know-it-all that I am, had to correct a couple of the wrestling-related questions that made it to the quiz.

We arranged to meet at the show. For me, it was nice to get there early and set up some books to sell, and say hi to some of the wrestlers on the show that I knew … it ain’t as many as it used to be, and it’s not just two years of the pandemic to blame. 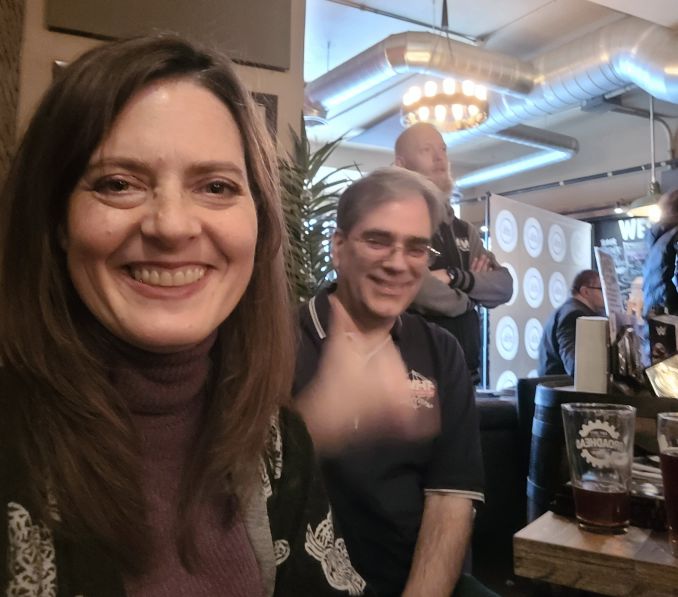 For all those who didn’t know me personally, Catherine knew no one. These were eyes taking in live professional wrestling for the first time. We had a good spot at the back of the bar, clear sight-lines, though it was a tad dark, and a couple of times, we wished the ring was a touch higher and/or the wrestlers stayed in the ring because we couldn’t see a thing when they were on the floor. Now, Jody Threat climbing onto one of the bars and leaping onto Shane Sabre? No problem seeing that!

I relished the neophyte questions:

and some that were particular to our own nerd-dom, “Do you think he’s a Borg?” 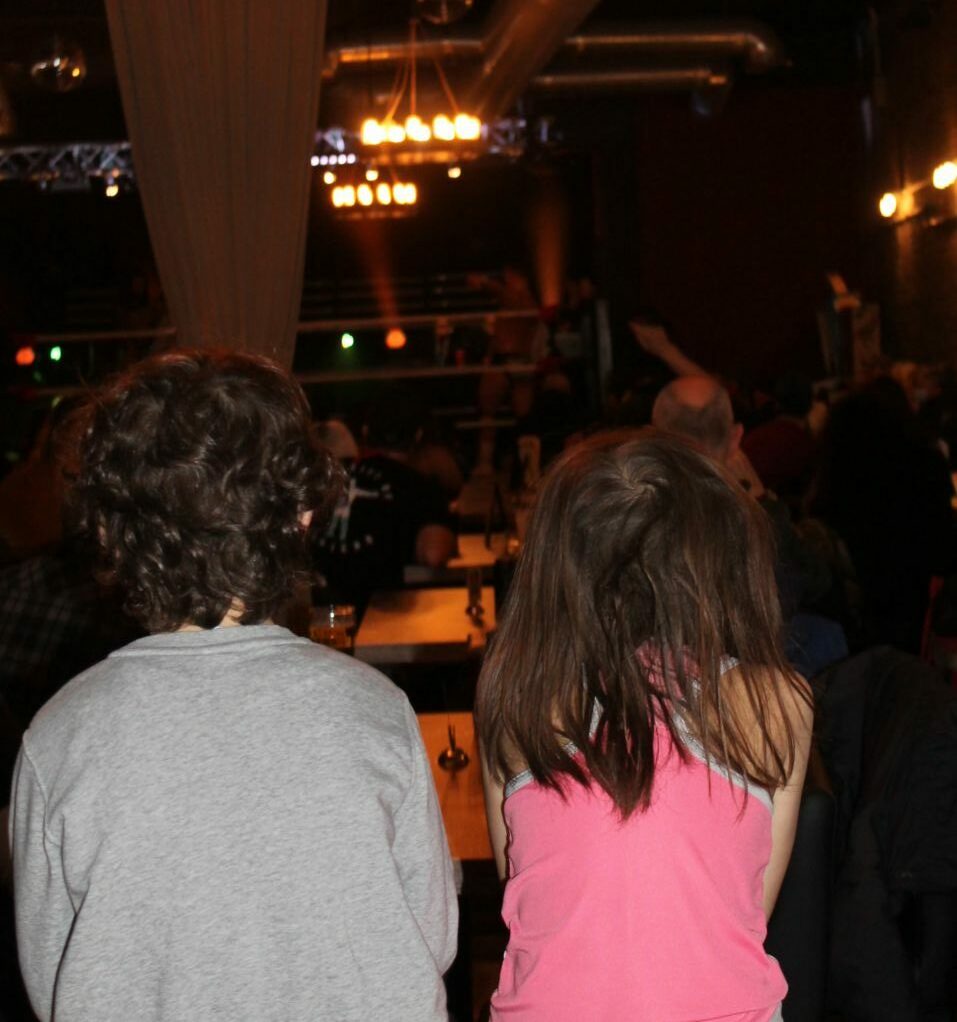 For every match that was straightforward and rewarding, there were also a couple that were mystifying to a newbie. For all his glorious silliness, Space Monkey is a fun gimmick, simple mask, and tights with tail — that can be a weapon — it got confusing when a storyline attempted with The Beholder, his minions, and Stone Rockwell coming to the rescue.

Why wasn’t PETA out protesting Rockwell’s abuse of the Monkey, she wondered? Wasn’t he the good guy?

Even through her neophyte eyes, Catherine could tell that Rockwell — “Pro Wrestling’s first and only Action/Adventure leading man!” — was more polished than most of the others, true since he has both been on Impact Wrestling and been to the WWE’s Performance Center. And he had the line of the night, yelling at Space Monkey, The Beholder and cronies when they left, “Come back here you damn, dirty apes!”

It was great to see as Catherine flinched in reaction to some of the more dramatic moves, clapped and cheered along with the crowd. And, since it’s 2022, she posted some photos to her socials, encouraging friends to come out next time.