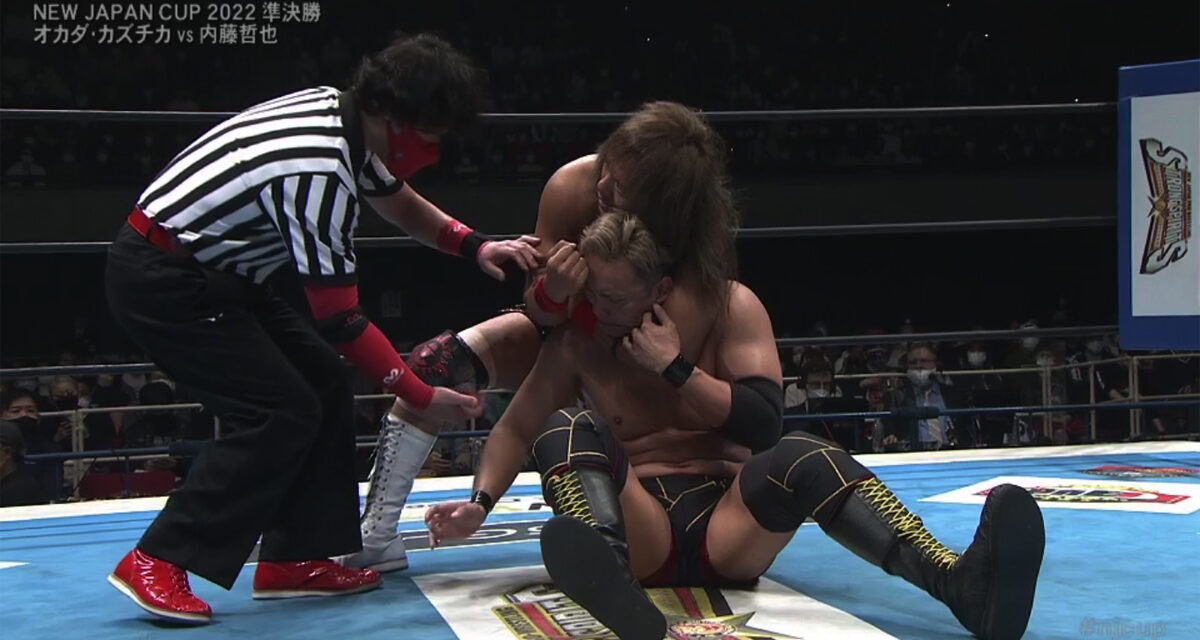 Technique trumped brute strength as Zack Sabre Jr. defeated Shingo Takagi to claim his spot. ZSJ fought his way out of a Last of the Dragon to take Shingo down with a Triangle Choke Hold. Shingo hoisted ZSJ off the canvass for another try at Last of the Dragon but ZSJ locked on a Sleeper Hold. Shingo carried ZSJ to a corner climbing a turnbuckle with him on his back. ZSJ and Shingo crashed to the mat. ZSJ didn’t relinquish the hold though. Shingo passed out. The crowd in attendance at Osaka-Jo Hall was stunned by the outcome. 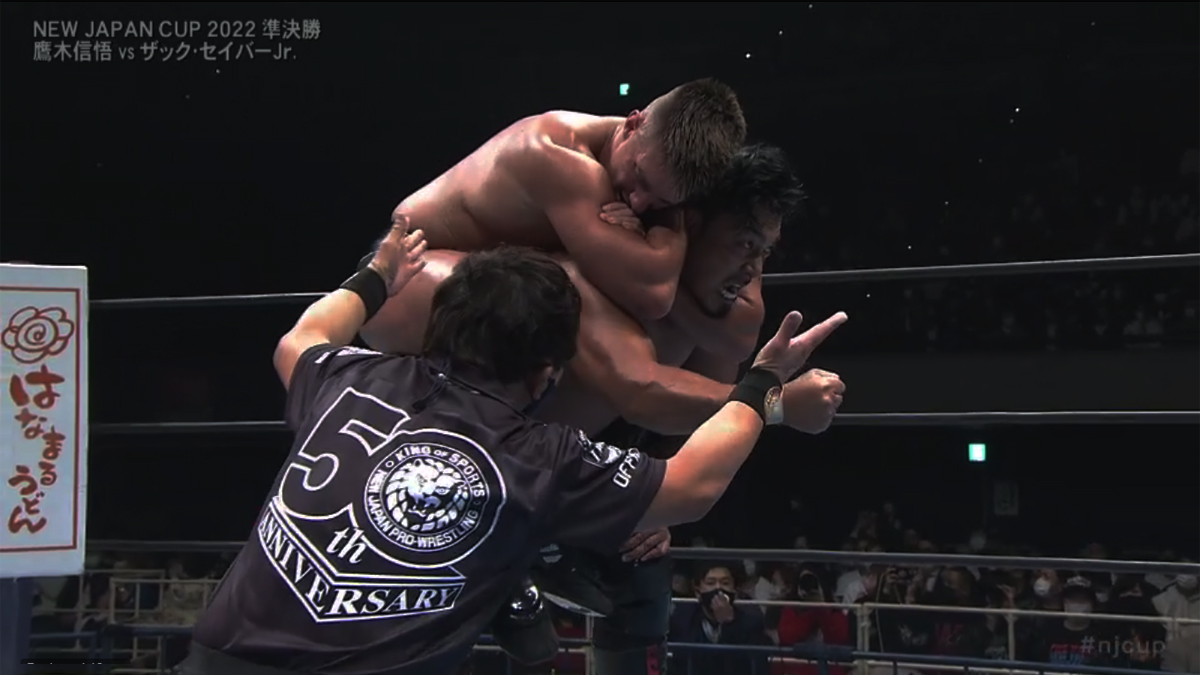 In the other semi-finals match, IWGP World Heavyweight Champion Kazuchika Okada fought Tetsuya Naito in another match in their forever feud. Although not as classic as their previous encounters Okada and Naito still put on a decent show. Naito shocked Okada and the crowd by pinning the champ with the sneaky roll-up he has been using.

Naito and ZSJ will meet tomorrow to decide the winner of the 2022 New Japan Cup. The winner usually receives a shot at the IWGP World Heavyweight Championship.

Gedo is nailing people with brass knuckles behind the official’s back. Jado rushes in to stop him. He gets his pals disqualified.

Kanemaru swigs some whiskey. Yano punches him in the “lower abdomen”. Kanemaru spits the whiskey in the face of Taichi. Yano rolls up Kanemaru.

Taka is distracted by Dick Togo. Evil pins Taka with Everything is Evil.

STRONGHEARTS get the win with T-Hawk pinning Honma.

Khan pins Yoh with the Eliminator.

Winners: The United Empire (Will Ospreay and Aaron Henare)