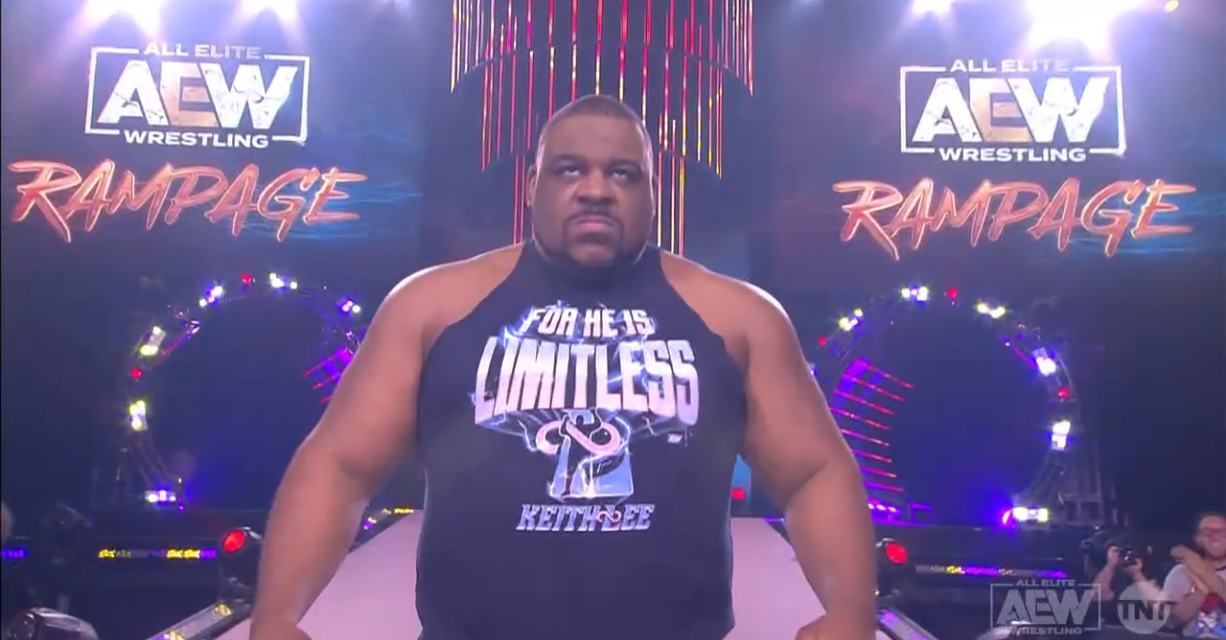 It’s Friday Night and it really is turning into Swerve’s night as he is taking on Ricky Starks for the FTW Championship. Tonight’s Rampage will also see the return of the Native Beast Nyla Rose and QT Marshall is presenting Hook with a certificate of something. We only have an hour so let’s get to the action.

Archer tries to attack a student from Rhode’s wrestling school, but Dustin makes the save. Dan Lambert slinks to ringside to support Archer, but nearly gets taken out by Dustin. Archer immediately tears off the turnbuckle pad when the bell rings. Rhodes crashes and burns attempting a senton to floor. Archer takes full advantage; pummeling him on the outside. Archer lands a big splash in the corner, but cannot get the pin. Two clothesline from Dustin doesn’t take Archer off his feet. The Murderhawk Monster counters a powerslam, planting Rhodes into the mat. Rhodes mounts Archer in the corner and reigns down puncher and follows with a bulldog. Dustin hits Cross Rhodes, but Archer kicks out. Archer with a vertical suplex and follows with a choke slam. Dustin kicks out. Rhodes drops out of the Blackout and is down on the mat. Archer picks him up, but gets dropped into the exposed turnbuckle. Rhodes with a jackknife pin and gets the three count.

After the bell, Archer attacks Rhodes, slamming his head into the ring steps. He then knees Rhodes against the security barrier. Archer fights off students from Rhodes’ school as he continues to assault Dustin. Lance slams the bloodied Rhodes through a table.

Lexy Nair is with Jay Lethal and asks him about his loss to Adam Cole and wants to know what is next. Lethal won’t complain, but he can’t look past losing to Ricky Starks and Adam Cole. Lethal points out that they both cheated to beat him. He knows there is a better way, he just has to figure it out.

The House of Black and the Dark Order cross paths on the ramp and have words.

Scorpio Sky, Ethen Page and Dan Lambert are with Lexy Nair. Lambert says the TNT title is no longer an open challenge. If someone wants a shot, they are going to have to earn it.

Angels holds his own as Fish and O’Reilly try to double team him. Kyle locks in a guillotine. 10 hit Fish with a spinebuster that break the hold of O’Reilly. Angels ends up getting double teamed again and hit with Chasing the Dragon. O’Reilly covers to get the win.

After the bell, O’Reilly and Fish continue to beat on 5 and 10. Jurassic Express run down to make the save, only to have Adam Coke sneak in the back and steal their tags team titles.

Rose runs Madi over at the bell and things don’t get any better from there. Nyla with a Beast Bomb and gets the three count.

QT Marshall is in the ring, ready to present Hook with the QT Marshall Certificate of Accomplishment. Marshall isn’t upset that Hook as passed him by; he’s proud. The certificate is unveiled and Hook is not impressed. In fact, he smashes Aaron Solo into it and walks off. On the ramp, he is approached by Danhausen, who tries to curse him. Hook is not fazed and walks to the back. Danhousen can’t believe it.

Ricky Starks isn’t going to tell Mark Henry his plan tonight. Starks is sick and tired of the entitlement off the new guys coming in to his show. Swerve is going to come in and take that FTW Championship.

Starks with a leapfrog and hits a deep arm drag. Swerve takes a moment to collect himself. Swerve with a drop kick after a flurry of reverses. Starks with a wild swing that comes up empty. Starks slams Swerve into the middle turnbuckle. After a quick commercial, Starks hits a tornado DDT. Ricky locks in a modified abdominal stretch. Swerve powers his way out, driving Ricky into the corner. Strickland with a knee strike and delivers a diving uppercut from the middle rope. Swerve with a clothesline in the corner and follows with a leaping flatliner. Starks kicks out of the pin. Starks with a kick to the gut, but Strickland fights him off. Starks rolls to the floor and Strickland with a pump kick from the apron. Swerve hits a running shooting star press off the apron. Starks is rolled into the ring and Swerve goes up top; he hits the double stomp, but Starks still kicks out. Swerve with an okano roll and Stark kicks out again. Starks wants a suicide dive, but Swerve catches him with an uppercut. With the ref distracted, Powerhouse Hobbs runs over Strickland. Stark hits the Roshambo and gets the pin.

After the match, Starks’ entourage presents him with a banner to celebrate the win. The banner is destroyed when one of the entourage is tossed through it by Keith Lee. Swerve joins Lee in beating up Starks and Hobbs. The referee corps has to run in to break up the brawl. The show goes off the air with the fight still going on.

Nothing stood out on tonight’s Rampage. The opening match between Dustin Rhodes and Lance Archer is worth checking out and the Main Event is a must watch. It also furthers the Swerve/Keith Lee/Team Taz storyline.