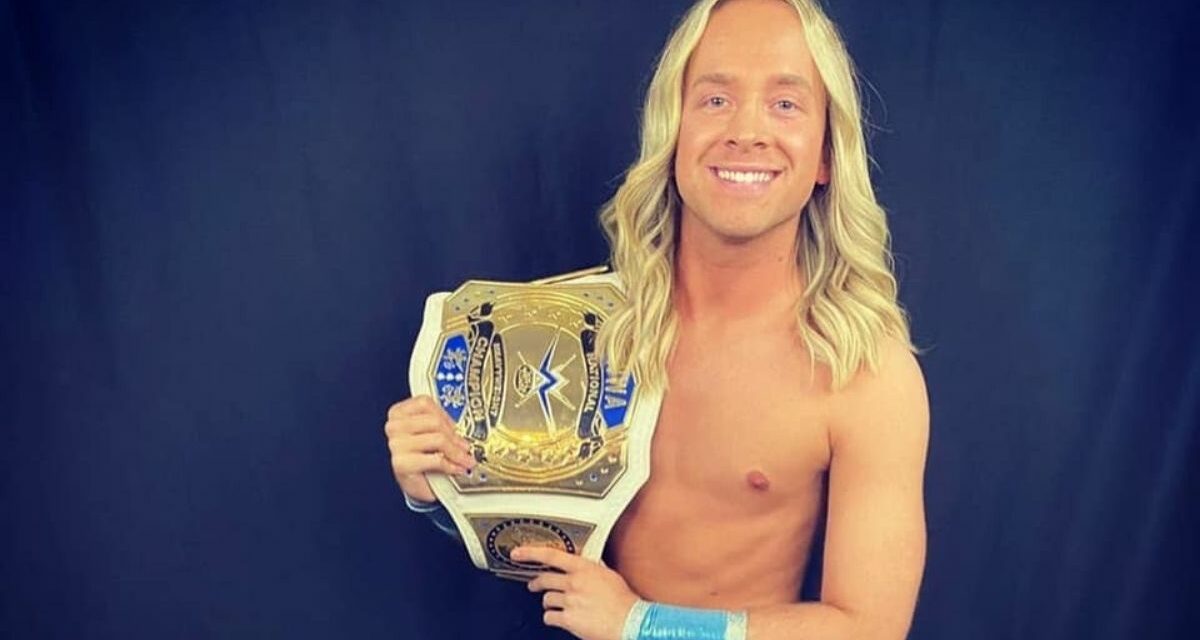 Logan Roettger, who wrestled as Logan Legit in Indiana, Kentucky, and Tennessee, and who styled hair for WWE and NXT women wrestlers at a Tampa salon, has died from a car accident. He was 28.

His home promotion, WWA (World Wrestling Alliance), will have a tribute to show on Saturday, March, 25, in Evansville, Indiana. “Logan, of all people, would want the show to go on,” noted promoter Chris Waddell in an emotional Facebook video announcing the news.

Roettger had just left Waddell’s house in Central City, Kentucky, on Wednesday, March 23, 2022, and he was in an accident. He was taken to a hospital in Nashville, where Roettger was put on a ventilator, and later died.

“We spent all day with him yesterday [Thursday], and his parents flew in from Florida,” said Waddell, tearing up in the video.

Waddell spoke to the WWA fans, noting that as Legit, Roettger “understood how to connect” with the audience, and drew fans and fan loyalty, and was the most popular wrestler in the company. “He lived for performing for you.”

Roettger was born October 14, 1993, and was from Posey County, Indiana, and resided in and around Evansville for most of his life.

In 2019, he started wrestling, and worked as a manager, and rose to become WWA National champion, despite his smaller size.

“Logan was full of life and every time he stepped in the locker room — every time — he made it a better place, a more enjoyable place,” said Waddell. “He became the best of us, he really was.”

“Logan to me was not only my partner, but he was my best friend. He gave me tools inside to let people know who I was, who I am, and just to be a better person overall,” said Waddell. “We are broken, we are sad, I feel so, so much pain for his mom and dad.” 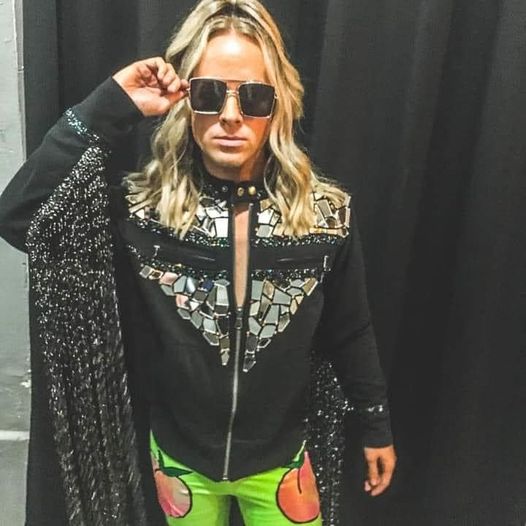 “We met through online dating and had our first date at a WWE house show at the Ford Center [in Evansville] in May 2019,” said Waddell. “Logan helped me build up the courage to come out as bisexual.”

“Logan and I started dating and he quickly told me about his passion for wrestling. He immediately wanted to manage, thinking he was too small to compete, but fell in love with the performance as soon as he stepped in front of our crowd,” said Waddell, who has been a wrestler and promoter for 15 years. “He started wrestling and was amazingly talented. He won our 2021 Most Loved year-end award in December and loved his fans and the industry so much.”

According to Waddell, the WWA promotion became much more “progressive and inclusive” thanks to Roettger.

By trade, Roettger was a hairdresser, after studying at TSPA Evansville Beauty School, in Indiana.

Kelsey Boles was a classmate, and they graduated at the same time. They have remained friends. She recalled Roettger excitedly letting her know when WWE wrestlers came in to get their hair done, when he worked at Monaco Salon in Tampa, Florida. “Pro women wrestlers (WWE I’m pretty sure) would come get their hair done and he was shocked and so excited that he was in a salon where they get their hair done at,” she recalled via text. “He got to do a few of the girls’ hair before. His favorite women’s wrestler at the time was Carmella.” 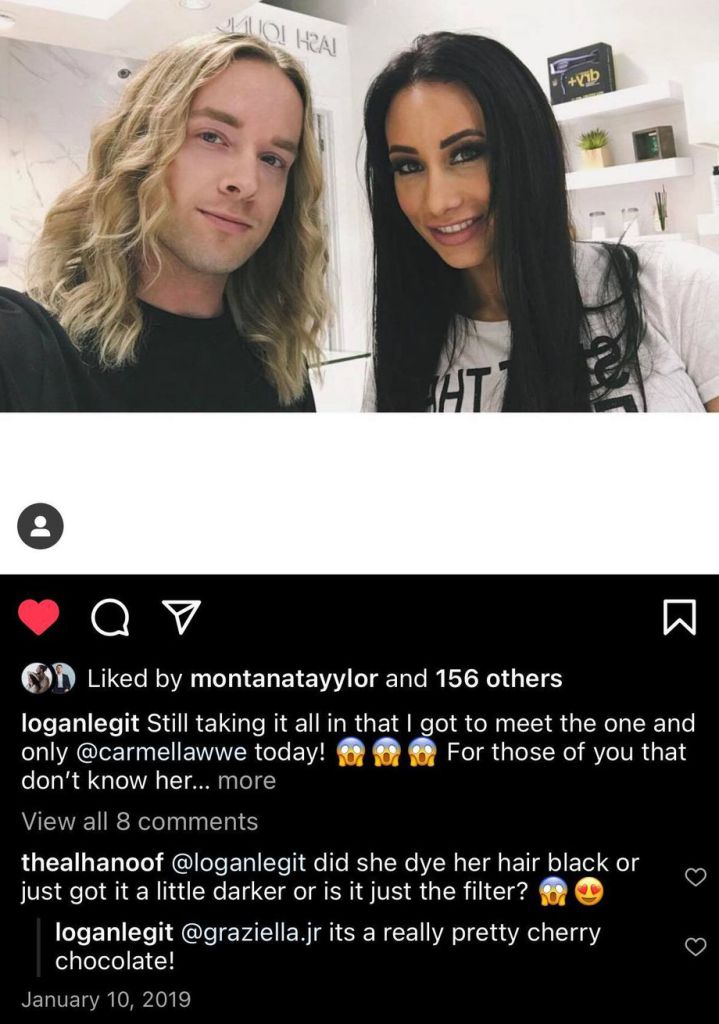 In an Instagram post, with a photo as he was styling Peyton Royce’s hair (now Cassie Lee), Roettger wrote, “I never thought in a million years I would end up in such an amazing salon blessed with the opportunity to meet @wwe superstars. Something I’ve been a fan of since I was a little kid. From Indiana to the sunshine state, I’m finally living what’s always been a dream of mine. Apologies @peytonroyceWWE for being such a fan today, but thank you so much for being so sweet and kind and allowing me to style your hair! Truly ICONIC” 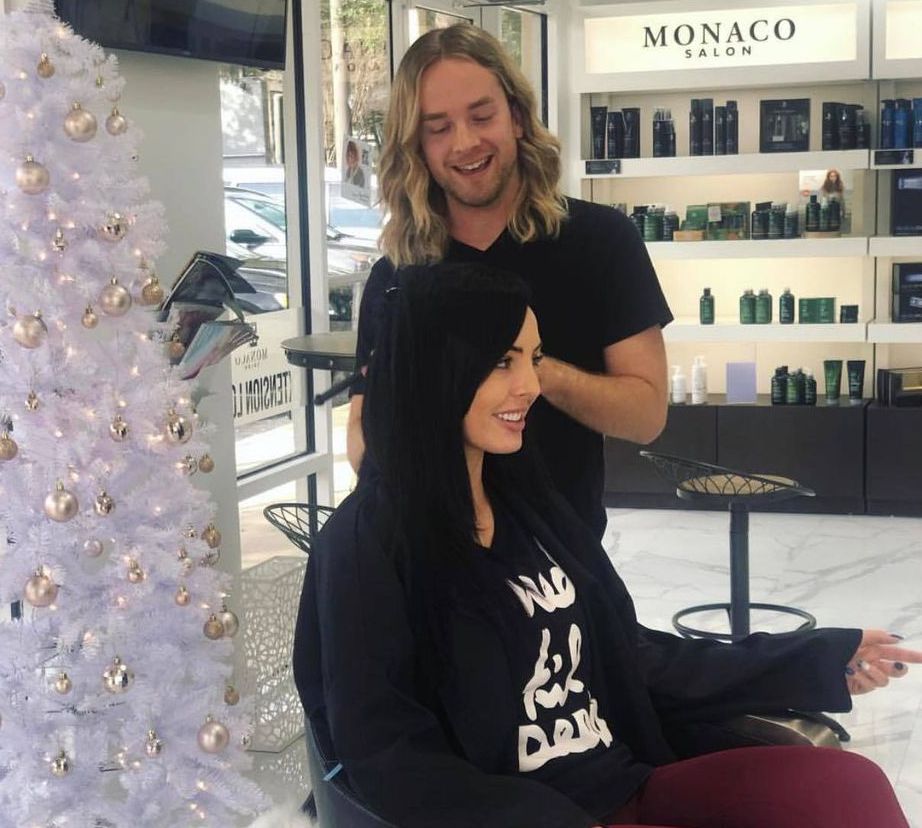 “He always loved wrestling,” added Boles. “He would tell me he would watch wrestling all the time growing up and still to this day did. Him and I went to a couple WWE shows together as well.”

At the time of his death, Roettger was associated with the JuniperJade Salon in Evansville.

There were many who shared their memories of wrestling Logan Legit online.

“Thank you for allowing me the opportunity to work with him. Probably the easiest match I ever had. He was my first opponent in my return to the WWA,” posted Paul Rickard.

I always loved goofing around with Logan at shows while we were waiting on matches or segments. I’m still processing that when I go to the building, Logan isn’t going to be there to give me a hug and say something catty about the sweatpants and flip flops combo I’m usually wearing. I only got the pleasure of being involved in a handful of segments or matches with Logan including being slapped, stomping on him for real in my first battle royal on accident (that he regularly reminded me of), and finding any excuse to diss each other in front of the fans. My favorite was the last tag match I wrestled. I had a ruptured disc in my back and took a week off, but before then was my most recent WWA show and it included me managing Bo Brady and Alex Beretta against Logan Legit and CCW (Chris). We acted like buffoons that entire match and made it feel like the old Saturday morning wrestling you’d watch where the bad guys always got their comeuppance and tan away like scolded dogs. I’m blessed to have had my last memory with Logan being an entertaining one with him standing tall.

Jones Nation was one of Roettger’s wrestling trainers, and later an opponent. “When I first saw Logan he showed up before an Evansville show. I went over and introduced myself and had small talk. He was very nervous but excited to start his journey into professional wrestling. Thus the heel manager Logan Legit was born. He instantly had a knack for working the crowd,” wrote Nation. “Logan had a interest in starting to train to be a wrestler. Myself and others would teach him the ways of the business.”

Munchie Gonzalez also shared his memories: “I can’t really put much words into how appreciative I was to have you in my life. We trained together. You were involved in my first match and helped me gain confidence when I had none in myself to perform. You were one of the first to welcome me back with open arms when I came back. You were always available at 2 am in the morning to talk to when I needed someone. You were the best of us and I will miss you everyday.”