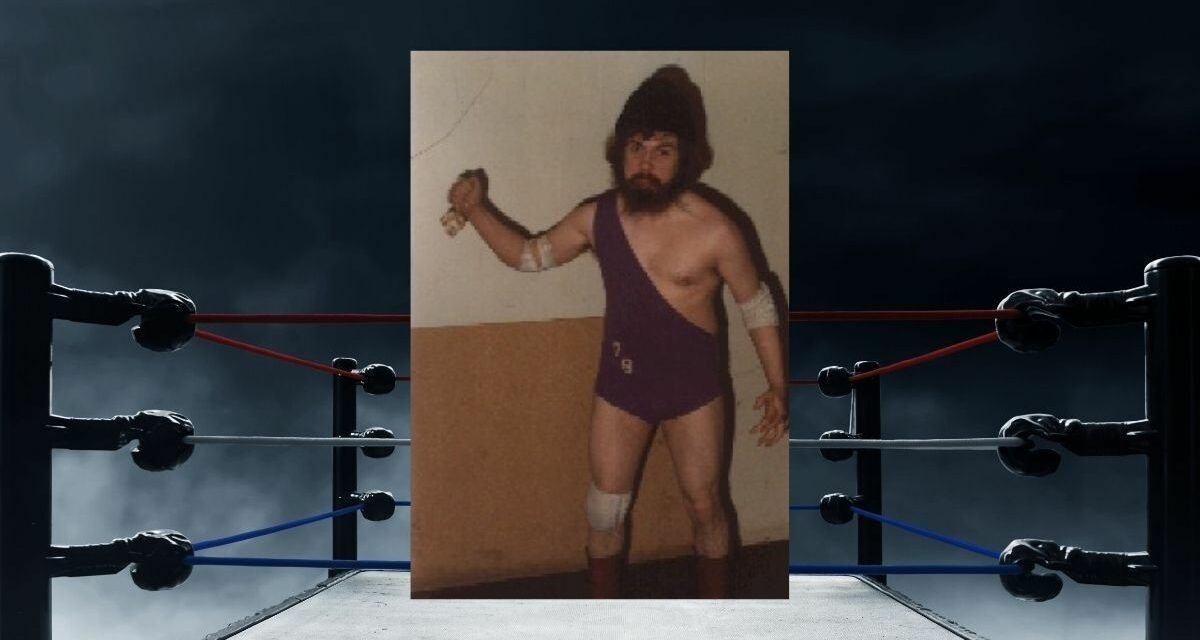 The Winnipeg wrestling scene has lost one of its most celebrated and memorable characters with the passing of Caveman Broda on March 9th at age 68.

Broda was born Ronald Cadman in Winnipeg, on July 11, 1953, and he broke into wrestling for promoter Walter Shefchyk’s New Brand Wrestling in 1977. Though starting his career as a manager, he was soon immersed in the action as a performer and under the name “Blonde Bomber Broda.” With a bleached-blonde mane of hair, he raised the ire of fans, winning multiple titles in single and tag team competition. But he was best known as Caveman Broda for most of his nearly 40 years of action between the ropes.

“He was the standout villain on the first live wrestling show that I ever attended in July 1986,” recalls Vance Nevada. “At ten years old, I wasn’t sure that I’d get too excited when it began and I didn’t recognize any of the wrestlers that I had seen on television. But then came Caveman Broda – all five-foot-seven and 163 pounds of infuriating, crowd riling villain and I was enthralled. Here was this guy with a crazy beard and a red t-shirt that simply read ‘COMMIE’ in iron-on letters, but he had me whipped into such a frenzy, I was out of my chair, on my feet yelling at the top of my lungs ‘Why don’t you go back to where you came from!’ I couldn’t hate this guy enough – much to the amusement of my dad and my uncle who had brought me to the matches. Broda remains, even more than 35 years later, the vivid memory of an otherwise forgettable show.”

Adorned in a pair of worn out work boots with the soles removed you could see his holey socks through the bottoms. A furry loin cloth sewn to the waist band of a pair of tennis shorts and a t-shirt completed the outfit in addition to a chain or a club that he would carry with him to the ring. Though smaller in stature to most of his peers, his connection with the fans and his larger than life personality when he would emerge from the dressing room served to make him one of the most beloved characters in the history of the City’s wrestling scene.

From the fiercely despised villain of the 1980s, by the 1990s, he was one of the top fan favorites in Winnipeg for both River City Wrestling, where he twice held the promotion’s television title in 1995, and the Canadian Wrestling Federation, where he held the tag team titles on three occasions and the light heavyweight title twice. 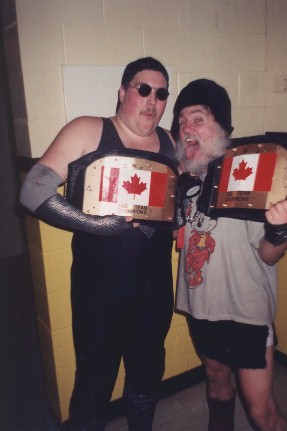 “Broda was the nicest guy to meet in any wrestling locker room,” says Winnipeg’s Bob Cowan, who was one of Cadman’s most prolific in-ring rivals as Bobby Collins. “He was the first guy I wrestled and from there it was a feud that continued off and on throughout almost my entire career. We spent so much time together that I would often play pranks on him, or together we would team up to play pranks on other wrestlers.”

Cadman’s love for wrestling and willingness to contribute where he could saw him involved with the short-lived Keystone Wrestling Alliance, headed by Winnipeg WWE agent, Bob Holliday. Serving on the ring crew for the 1989 northern Manitoba tour, he shared duties with a young hopeful looking to break into the wrestling game, who would later go on to fame as Chris Jericho. 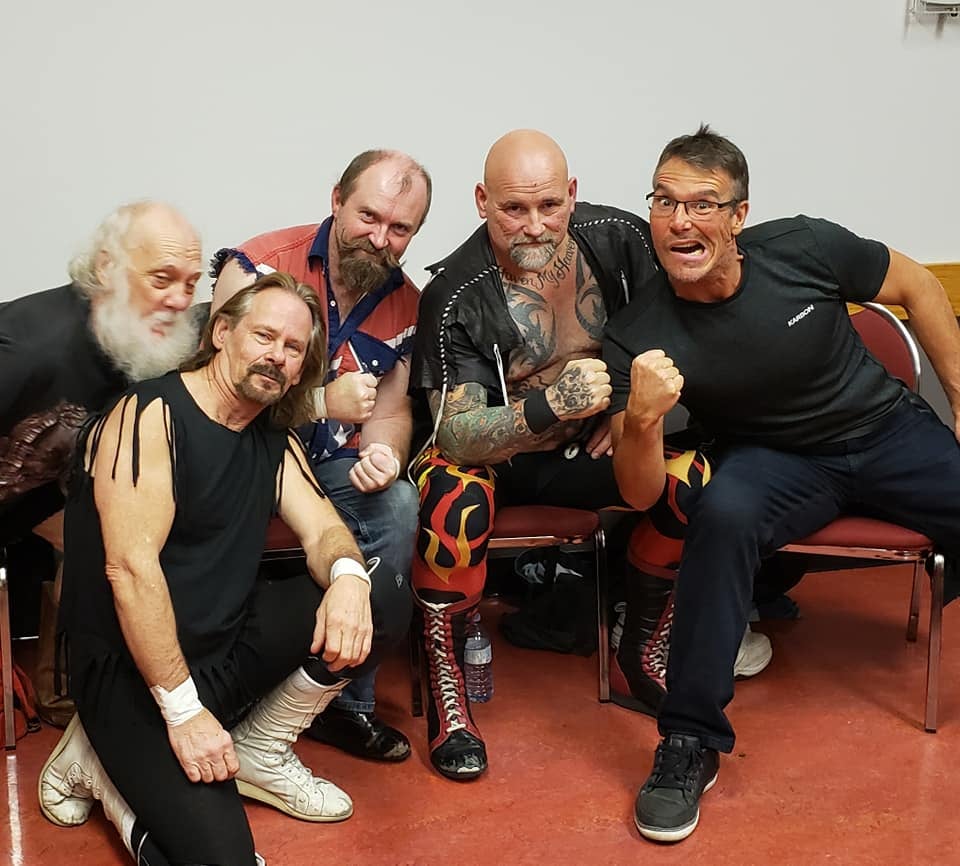 “Ron never held a grudge and was kind to all, preferring to give others the benefit of the doubt – a rare quality in the world of wrestling,” says Cowan. “He would always give a helping hand to anyone in need. I will miss our weekly telephone conversations. Rest in peace, my friend.”

Among the wrestlers in Winnipeg, Cadman’s frugality was well known, as was his resourcefulness. His antics to outsmart ‘all you can eat’ policies at local buffets by going to the restaurant with his pockets lined with tin foil so that he could sneak extra fried chicken out for later would always entertain the locker room.

“Backstage, he was the opposite of the character that the fans got to see,” says Vance Nevada. “In the ring, he was this biting and kicking Wildman, vicariously fighting for the fans against the bad guys of the day. But backstage, he was always this very mild-mannered gentleman. He was always there with a friendly greeting and soft chuckle as the antics of the boys played out around him.” 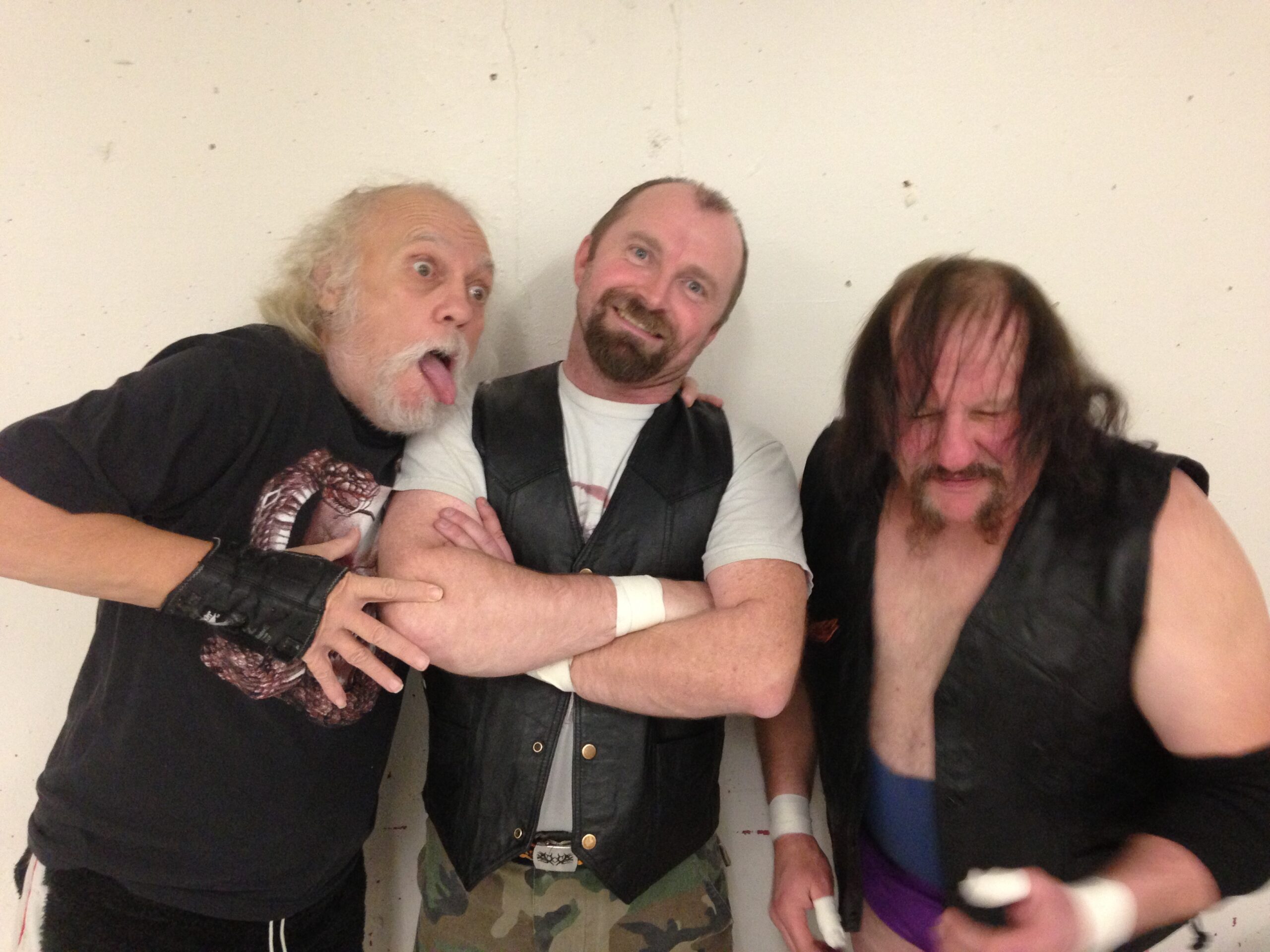 Cadman had battled illness for several years, requiring a port to be permanently implanted in his chest. Still, he relished the time spent with his peers and the fans and he found ways to remain involved as a manager, and promoter, and even to find ways to get involved with the action between the ropes.

Cadman will be remembered as one of the all-time titans of Manitoba wrestling, but also for his presence as an authentic good guy who always had a kind word and a warm smile for his peers, his fans, and most everyone that he met.

— with files from Vern May