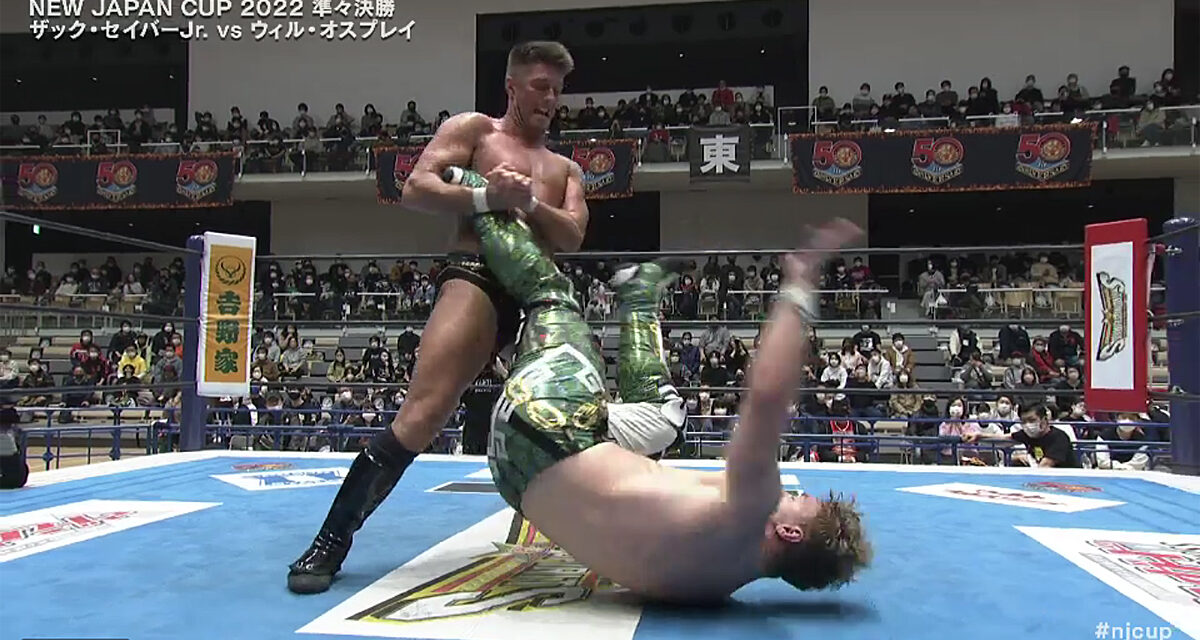 The New Japan Cup semifinal matches are set for this weekend.

In a heartbreaker, Shingo defeated his own Los Ingobernables de Japon faction mate Hiromu Takahashi to move on. Shingo came to the ring wearing a robe in the same style as Antonio Inoki used to wear. It had a massive dragon pattern on it. Shingo and Takahashi have never faced each other singles competition in NJPW. Takahashi targeted Shingo’s knees and legs hoping to take out The Dragon’s wheels. Shingo’s endurance was just way off the scale though. A Pumping Bomber flipped Takahashi head over heels. Takahashi still kicked out. A haymaker punch, a headbutt, a running forearm smash and a Last of the Dragon pinned Takahashi. The Los Ingobernables de Japon stablemates shook hands after the bell.

To secure his place on the semifinals Zack Sabre Jr. beat Will Ospreay in a really furious, barn-burner of a match. It was the best match of the tournament thus far. Ospreay has both Henare and Cobb at ringside for support. Sabre Jr. outsmarted Ospreay by turning a Hidden Blade into an arm bar submission. Ospreay powered ZSJ up. ZSj caught him in a sleeper hold. Ospreay ZSJ put him in a heel hook. ZSJ bent Ospreay back so far he had to submit. Ospreay argued with Red Shoes claiming he was punching ZSJ not tapping out but the decision stood. 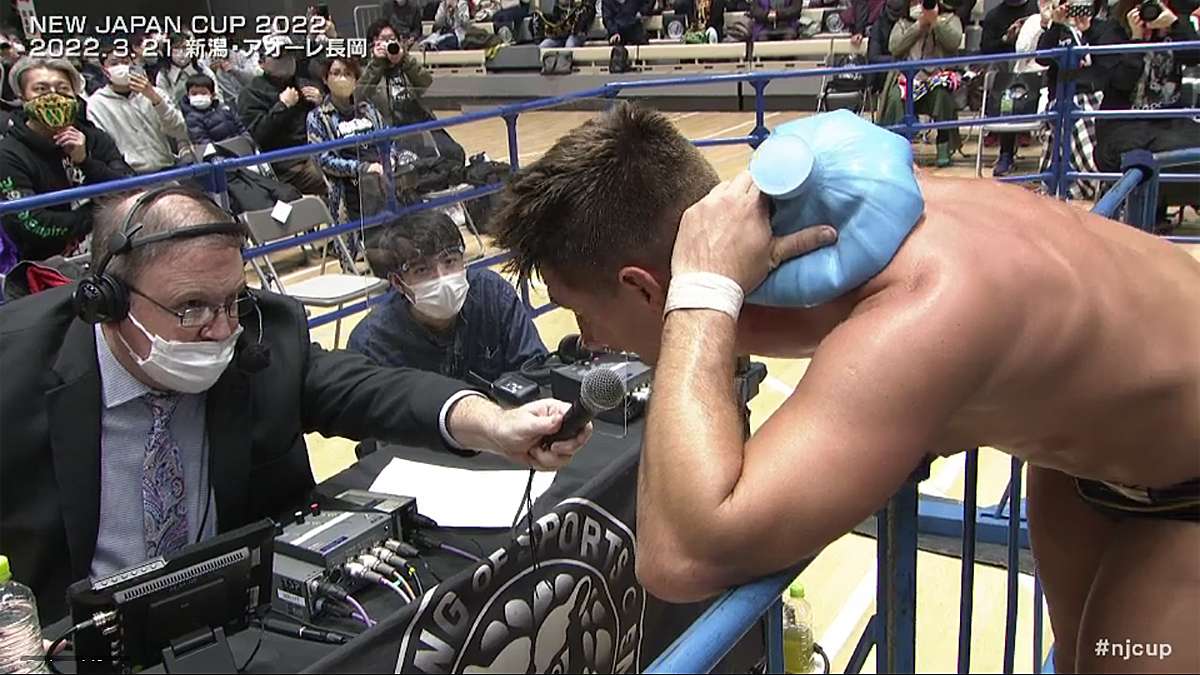 Kevin Kelly has a word with ZSJ. Courtesy: NJPW.

“Is that the most punishment you have ever received in a professional wrestling match?” Kevin Kelly asked ZSJ as he headed to the back victory in hand.

“I will give you that, Kevin. That was bloody hard work,” ZSJ admitted to Kelly.

Tanahashi puts Douki away with a High Fly Flow. Ishii and Suzuki brawl after the match. Ishii even grabs one of the guardrails dragging it through the curtain to the backstage area.

The ref catches Gedo wearing brass knuckles. Ishimori hits Taguchi in the head with one of the  IWGP Junior Tag Team Championship belts then splits from the ring. Phantasmo pins him with a CR2. Bullet Club beats down everyone until Hiroshi Tanahashi arrives on the scene and sends them fleeing.

Once again, Yujiro pins Taka with Pimp Juice. How many times is that now? Poor Taka.

Honma leaps off the top rope. Cobb catches him for a Tour of the Islands.