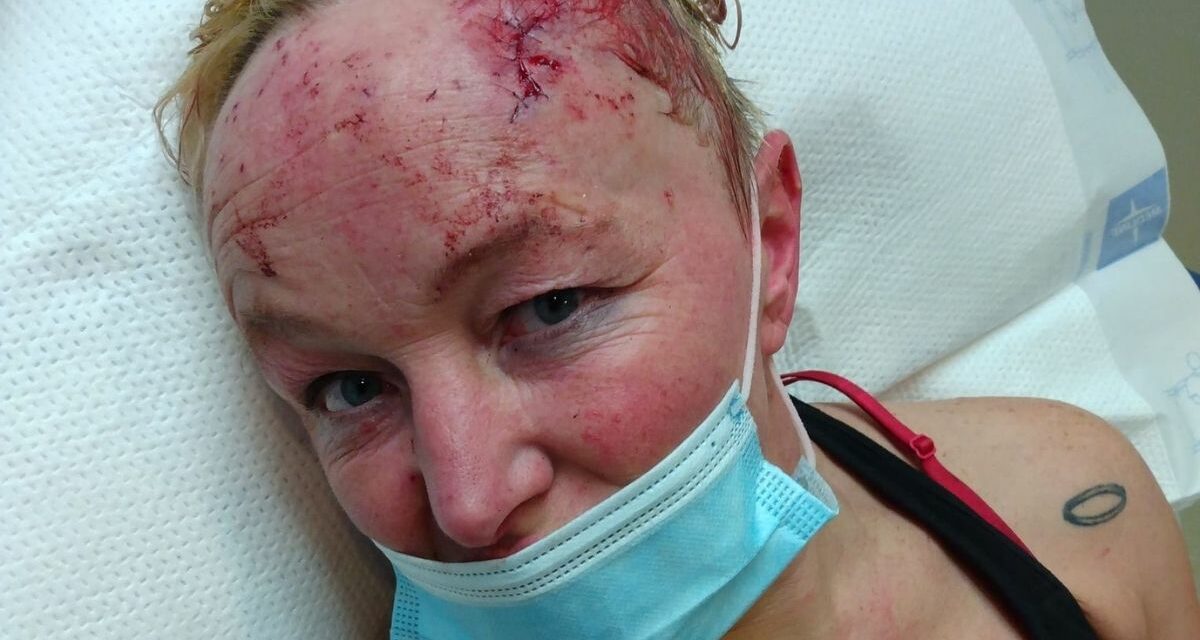 The lineup of competitors was a mix of local staples and deathmatch cult figures alike, including Jimmy Lloyd, “Hoodfoot” Mo Atlas, and Mad Man Pondo. Running in a small veteran’s hall of approximately 150 audience members, their paydays couldn’t possibly be substantial. But with masochism and an incredibly passionate crowd, the wrestlers were incentivized to spill blood.

On the March 18th card, every matchup was a deathmatch of sorts, and headlocks and wrist holds were immediately replaced with weapons. “Dirty White Boy” Chuck Stein pummeled Pondo with a cinder block and “Dirty Black Assassin” DBA scrubbed Atlas with a knife. Australian competitor Joel Bateman slammed Lloyd into some lemons, and Malcolm Monroe III broke open light tubes over Remington Rhor — there were so, so many light tubes.

“Who’s thirsty for some blood?” the announcer asked preceding each bout.

Thirst was quenched in the semi-main event between Randi West and Mickie Knuckles, where the two women “hit harder than any of the men,” said an audience member. West sent Knuckles through a stacked door and glass pane ringside but inadvertently spiked her head onto the floor. Seriously injured with a concussion and gruesome gash, panic ensued. Multiple people rushed to West, who bled so uncontrollably, the announcer instinctively asked to call 911 over the microphone.

Any and all support is greatly appreciated. https://t.co/60VX4CJH71

From what I could tell, there was no EMT or ambulance hired for the event.

Brad McFarlin, long-time Detroit photographer (and my father), has known West a long time. “I talked to her on the way out. She was in the office of the gym. She was shaking. Probably got a concussion. They did stop the bleeding somehow,” he said. [T-shirt sales, through West’s Twitter and Instagram, will help with her medical expenses.]

The show continued on, and the main event was titled “Sea of Light Tubes,” where Monroe III, Stein, Atlas, and Lloyd battled in the tournament final. With crumbs of glass covering the entire canvas and ringside area, Lloyd finally sent Monroe III into a glass pane for victory. Former Detroit Red Wings player Darren McCarty presented the trophy. 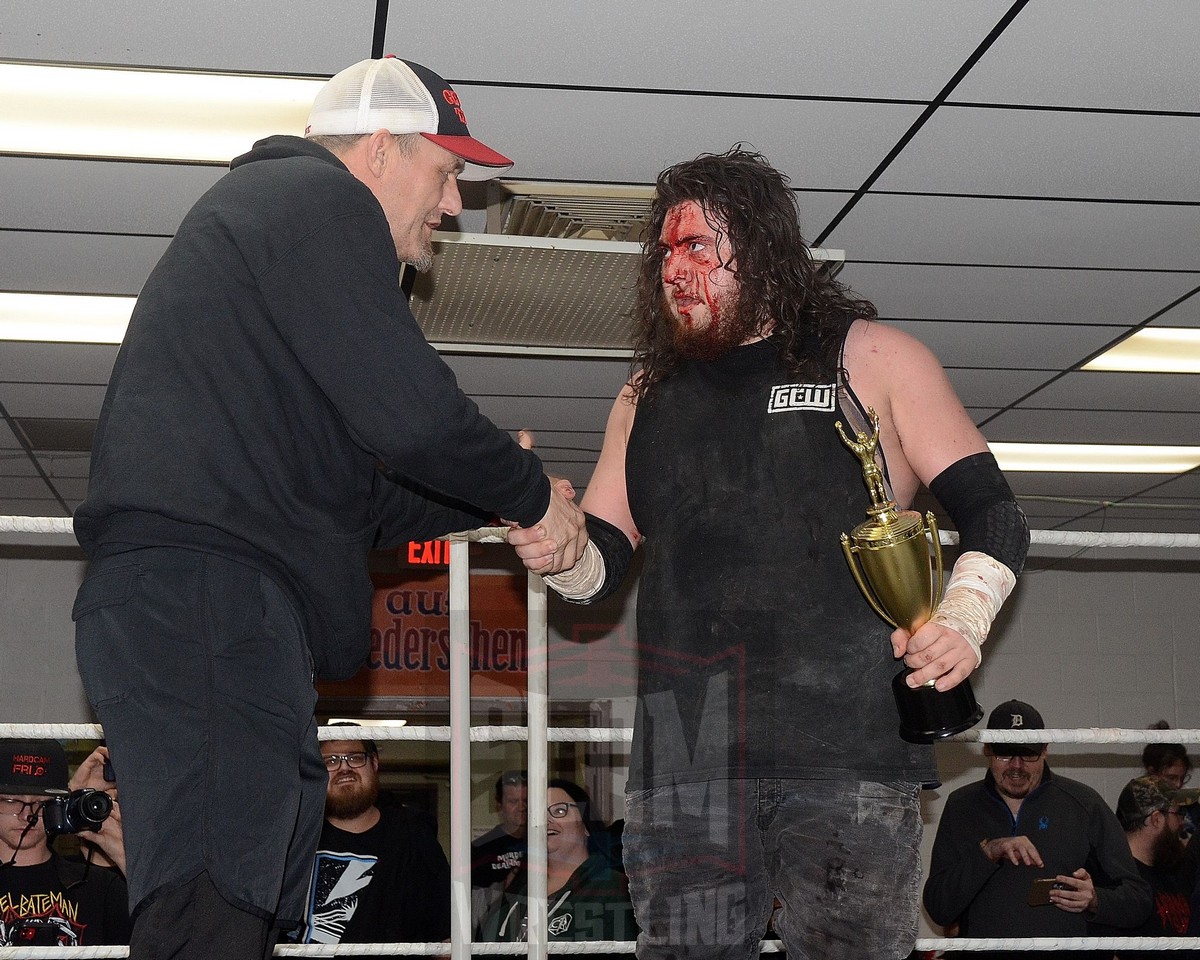 The enthralled fanbase may have encountered some projectile shards as well amidst an eccentric, but admittedly thrilling, night of violence. 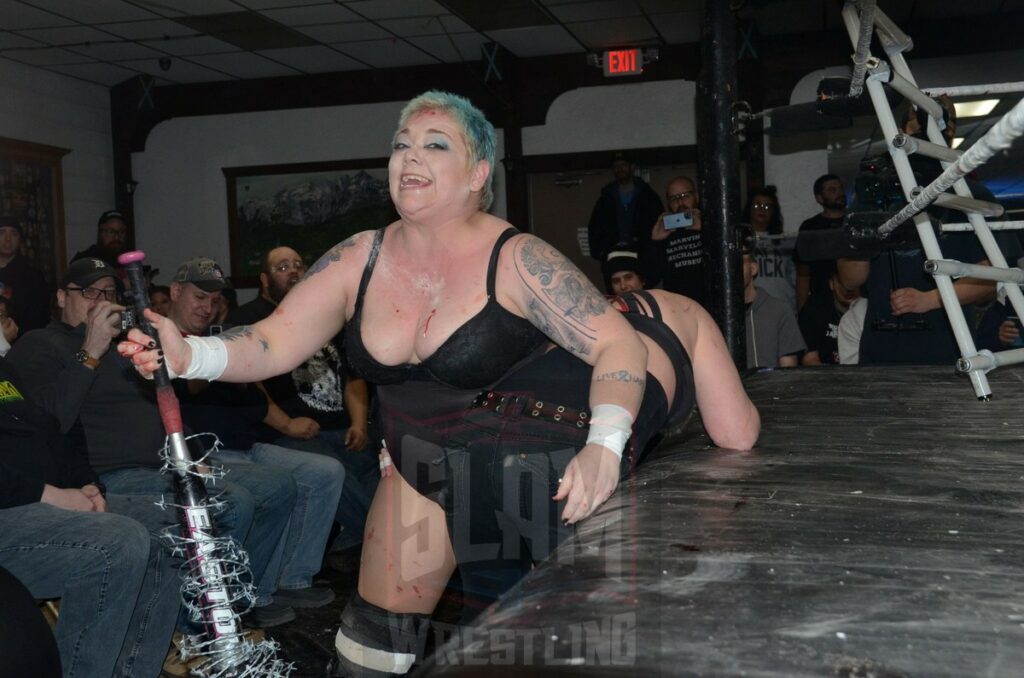 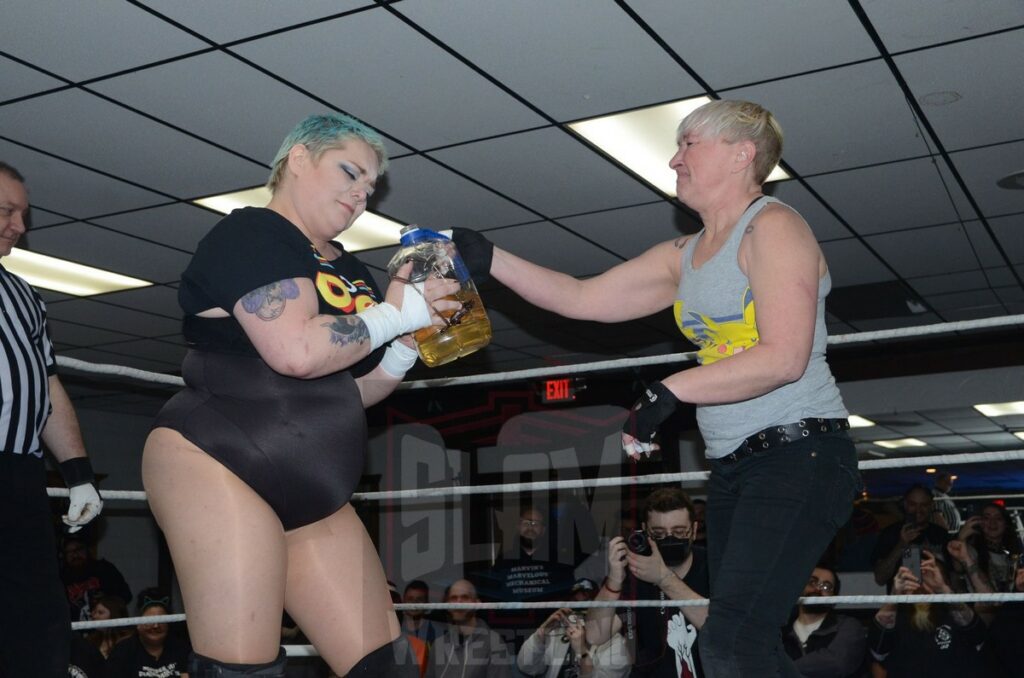 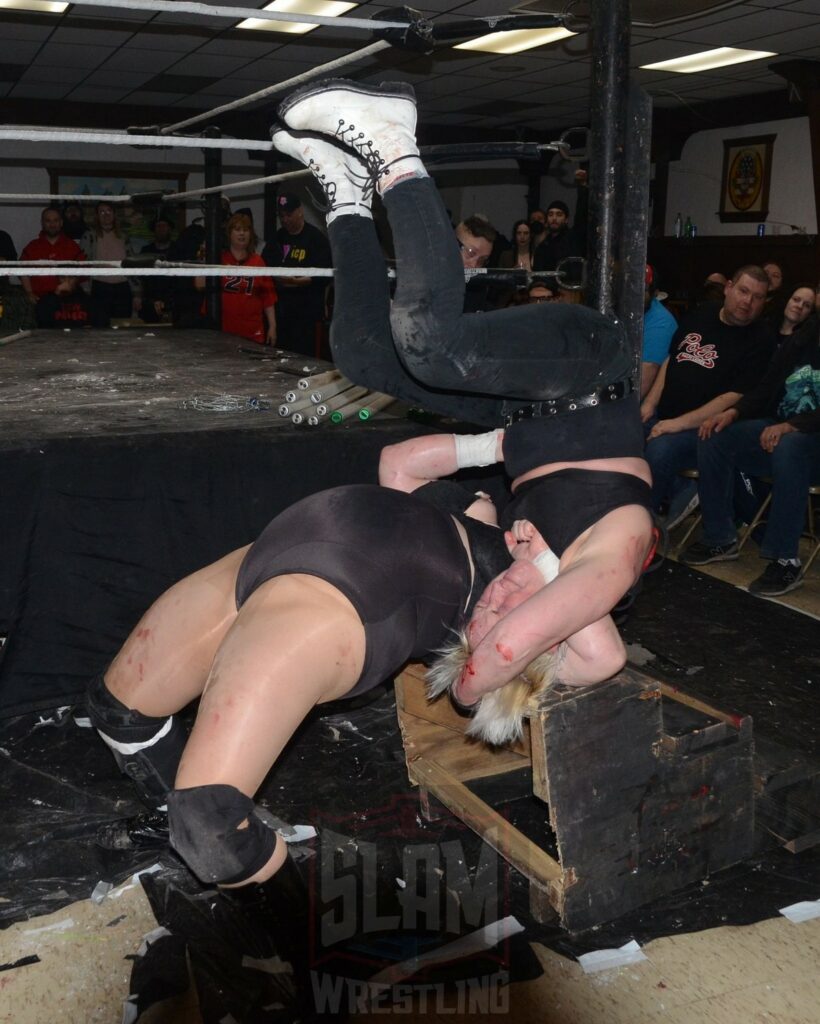 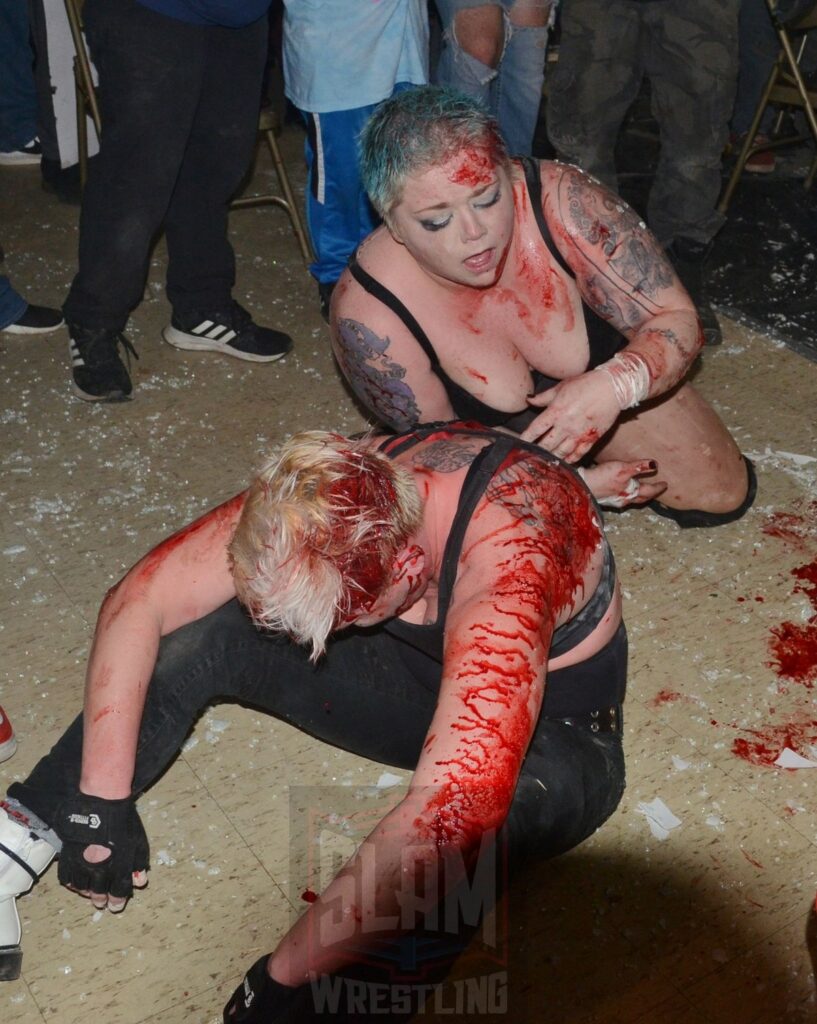 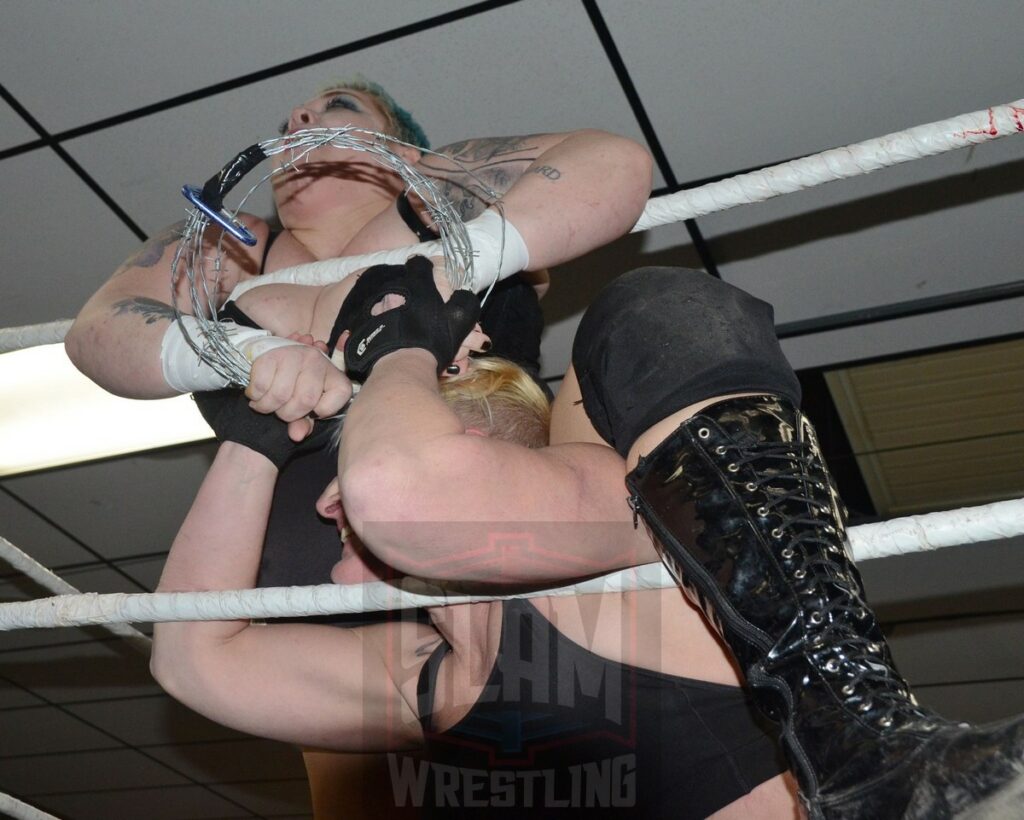 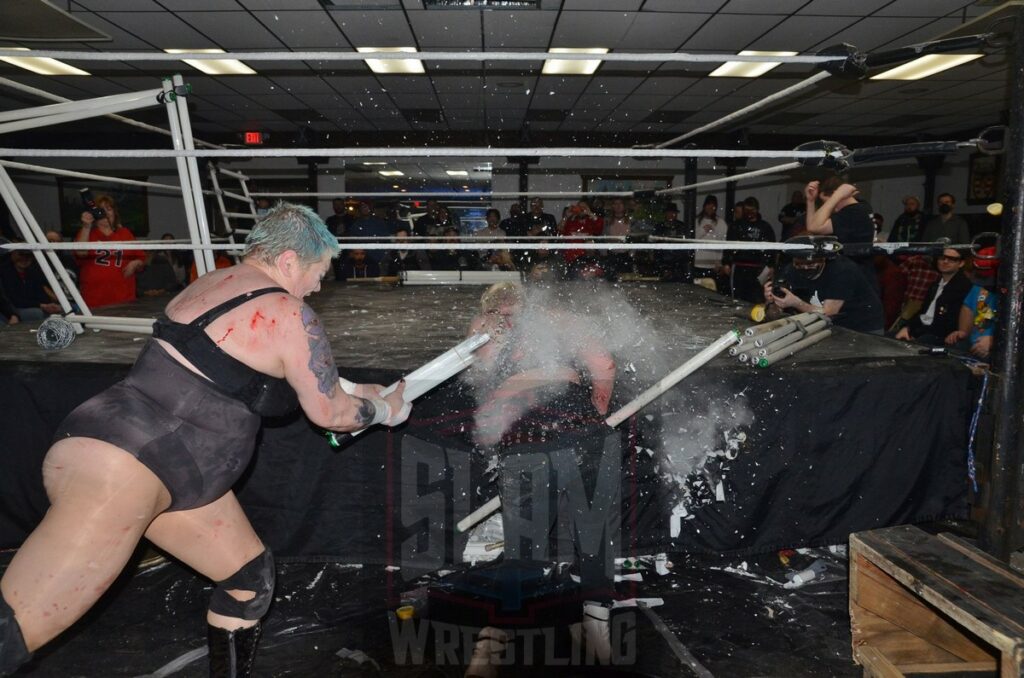 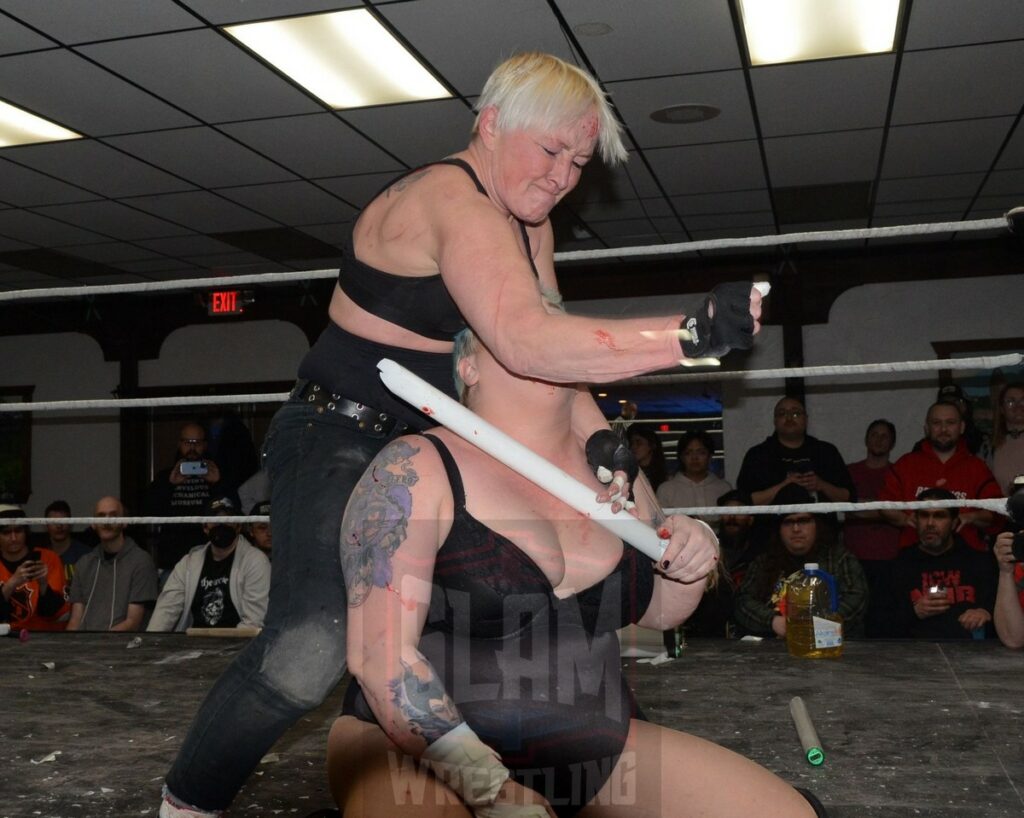 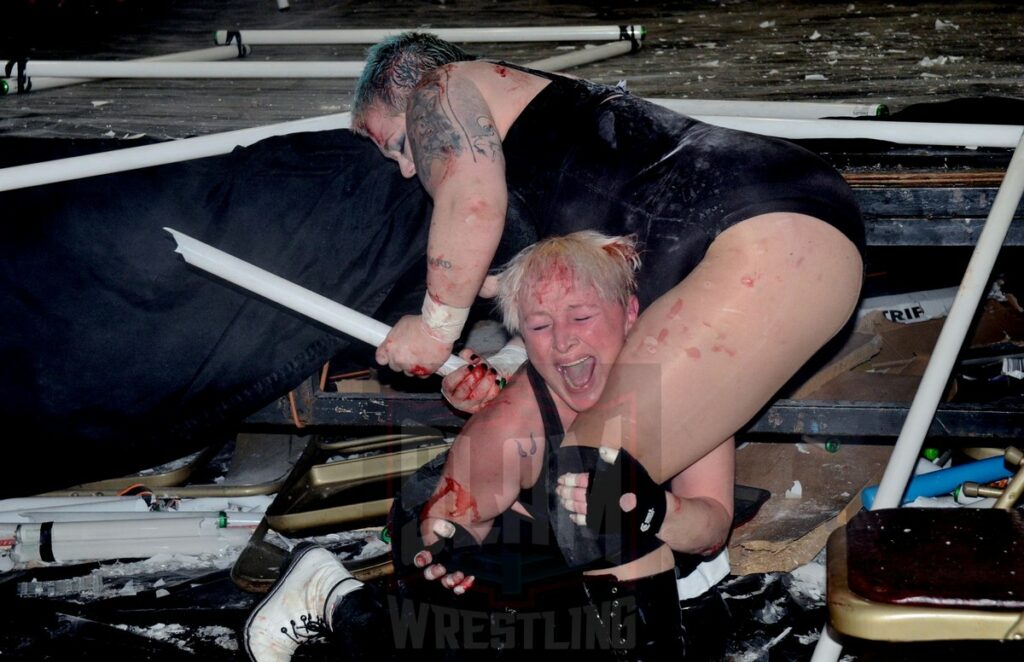 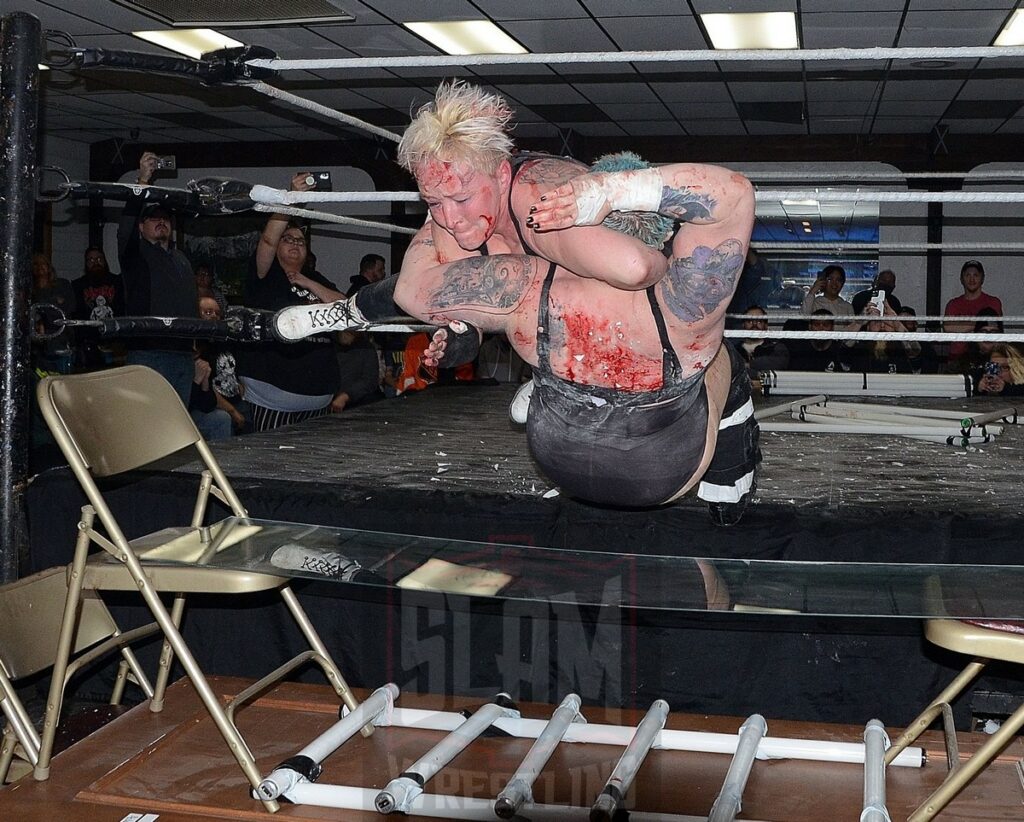