New Japan Cup: Okada and Naito move on to the semifinals 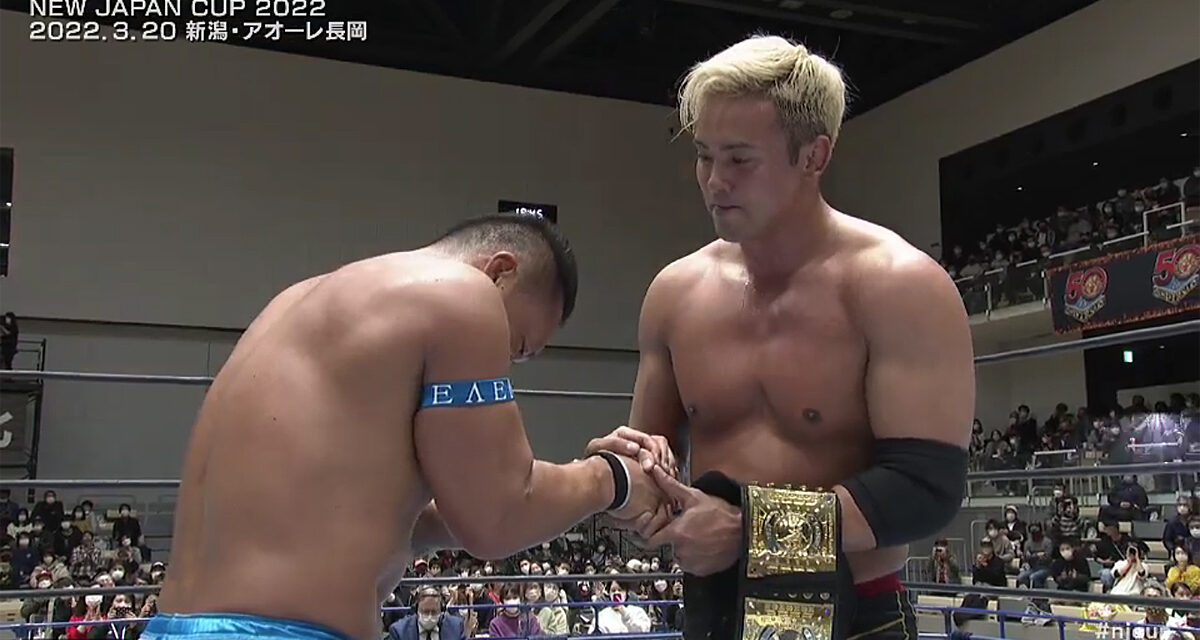 Naito, who won the New Japan Cup in 2016, absorbed everything powerhouse Cobb could throw at him. Cobb even halted a Destino in mid-swing by just hurling Naito across the ring. Naito outsmarted Cobb by turning a Tour of the Islands into a sneaky roll-up.

In one of the best matches of the tournament Okada moved on by trouncing Cima with a Landside and Rainmaker Clothesline combination. All that I know is these two must meet for the IWGP World Heavyweight Championship. They would have one hell of a match. Okada and Chima bowed to each other after the match in a mutual show of respect.

Zack Sabre Jr. will now face Will Ospreay and Shingo Takagi will fight his own Los Ingobernables de Japon teammate Hiromu Takahashi to decide who faces who in the other Semifinals match.

Yoh pins a Young Lion with a Falcon Arrow for the victory.

The faces come to the ring as a unified force all walking out together. Bullet Club stands their ground in the ring. The heels scatter when the faces enter the ring. Bullet Club hits the bricks when the bell rings. The Guerrillas and their allies cut them off on the entrance way from leaving the match. It’s clobbering time! Everyone brawls. Jado and Gedo fight. The Guerrillas pair off with Fale and Owens. The tag champs take on their eventual challengers Taiji Ishimori and El Phantasmo. Owens distracts the official so that Gedo can pop Jado with brass knuckles. Owens pins Jado with the C-Trigger knee strike.

Can they not give poor Taka one win? Yujiro pins him with Pimp Juice.

Takagi puts Honma away with a Pumping Bomber.

Henare pins Douki with Rampage and Streets of Rage.

Winners: The United Empire (Will Ospreay, Great-O-Khan and Aaron Henare)