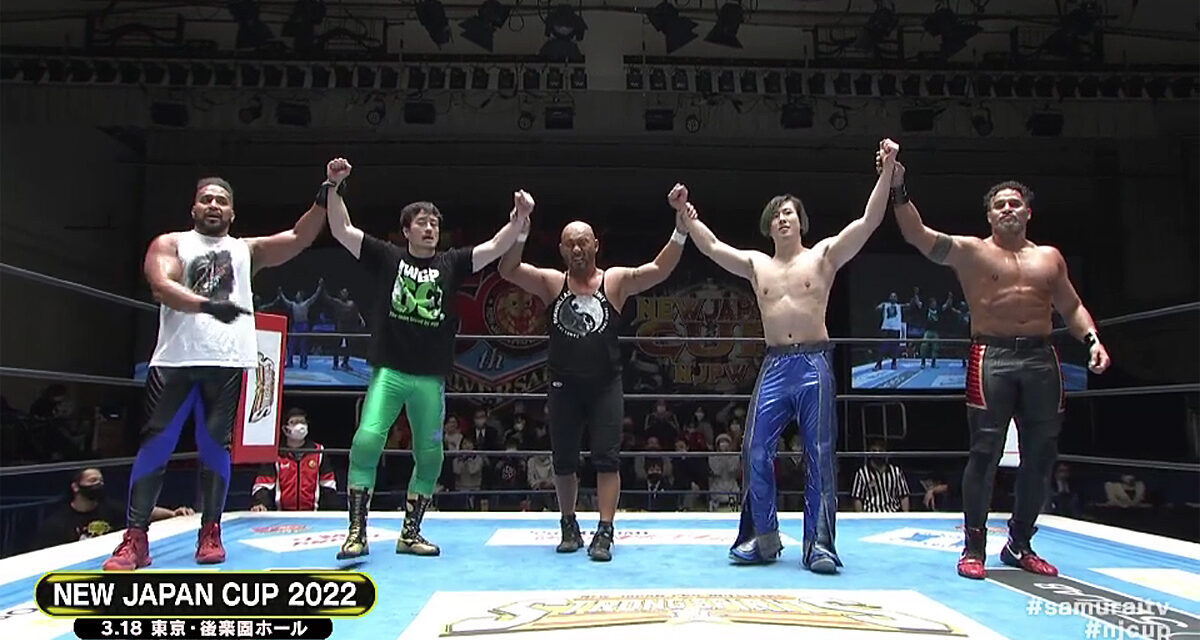 Only eight contenders remain in the New Japan Cup. With today’s action in the books the quarterfinals are locked in and the upcoming match-ups look like they could bring down any house.

The quarterfinals will be:

The Guerrillas of Destiny gained some allies in their feud with Bullet Club on night 11 as well. Master Wato and Ryusuke Taguchi, the IWGP Junior Tag Team Champions, came to the Guerrillas aid as Bullet Club attacked them at the end of their match. Taguchi and Wato extended their hands in friendship and respect which were accepted by the Guerrillas. The two teams left the ring together arm-in-arm as new allies.

Winners: The House of Torture (SHO and Yujiro Takahashi)

Gedo interjects himself into the match. The Guerrillas wrangle him for Jado removing the brass knuckles from his pocket. They hand them to Jado. Jado is about to pay Gedo back but El Phantasmo punches him in the “lower abdomen” pinning him with Sudden Death.

Taka is pinned with Goto and Hashi’s Shoto again.

Bushi eats another pin. Ospreay puts away Bushi with the Hidden Blade. Cobb mocks Naito copying his tranquillo pose in the middle of the ring.

Winners: The United Empire (Jeff Cobb and Will Ospreay)

Taichi puts Yano away with his reverse elbow smash.

Takagi doesn’t pin Owens in less than five minutes but a Last of the Dragon moves him into the next round.

Even Dick Togo’s constant interference cannot stop Hiromu. He shoves Evil into Togo and pins him with Everything Is Evil.