WWE 2K22 a return to greatness 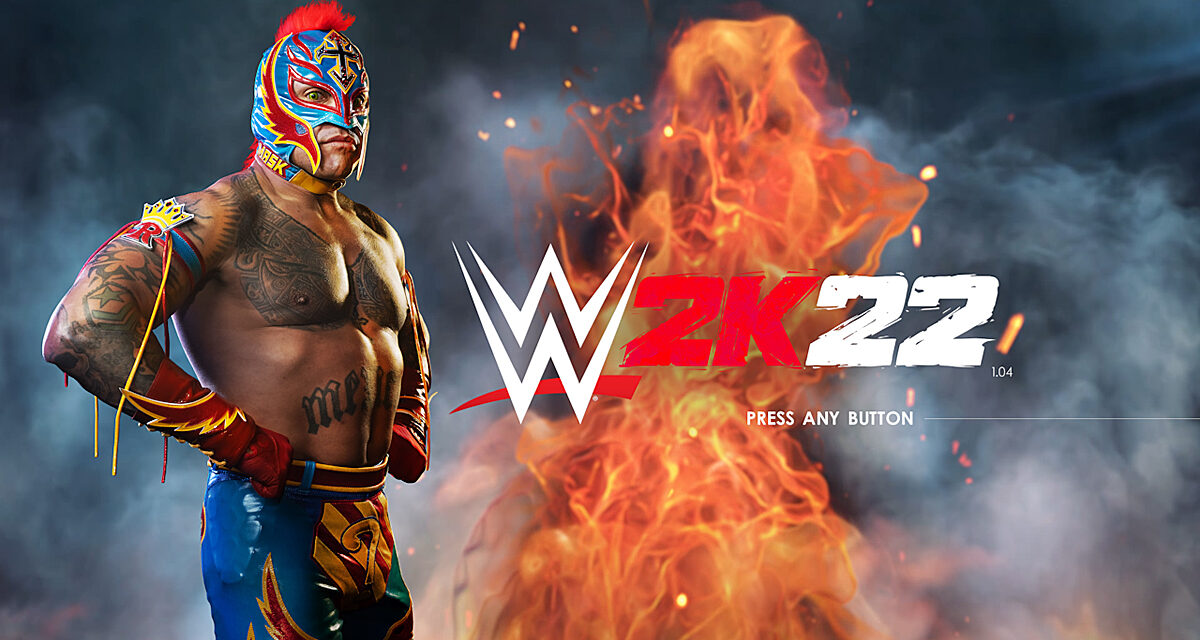 It is no secret that WWE 2K20 was not what the fans, the developers or what the WWE wanted. With game developers Yuke’s leaving the fold, it was left to Visual Concepts to pick up the pieces. Without going into all the sordid details, let’s just say that the release had more bugs than you’d find on The Boogeyman’s dinner plate and although the game was released in 2019, it is still “broken” despite the various patches and fixes applied to it.

With WWE 2K20 in the review mirror, WWE and Visual Concepts skipped releasing another installment in the series in 2020 and 2021. So much fun all on its own, WWE 2K Battlegrounds was released in its place. Visual Concepts had essentially two years to get things right and the good news is that it has and WWE 2K22 offers a multitude of gaming experiences for one price. 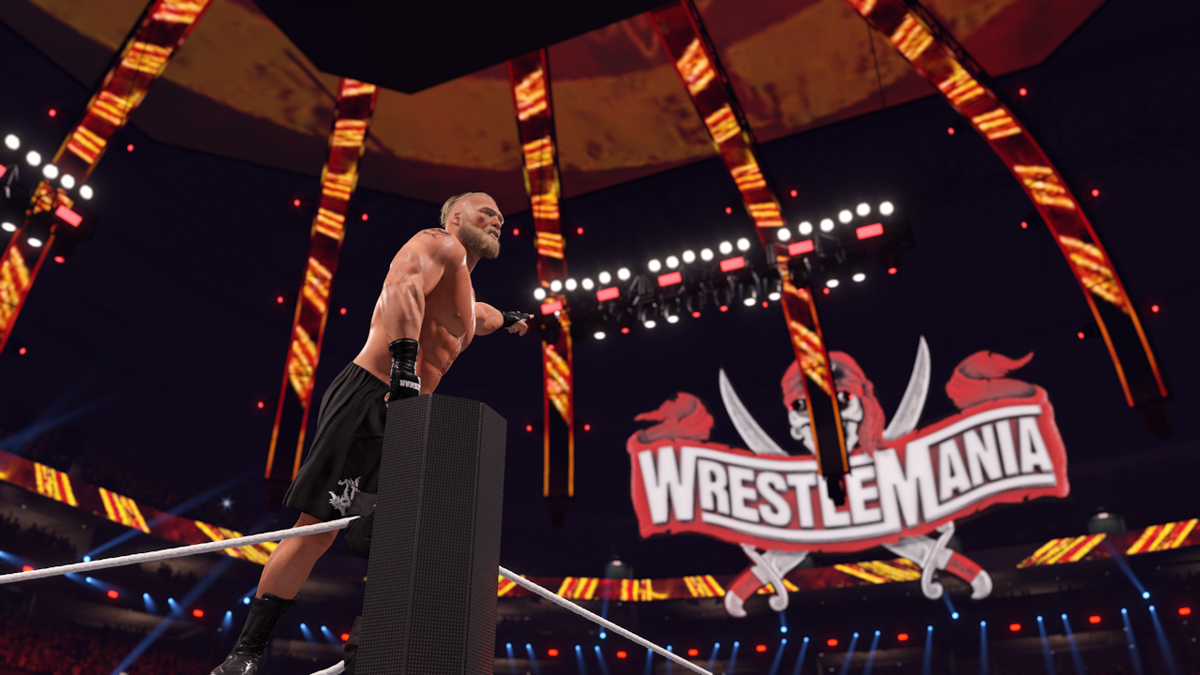 WWE 2K22 is far more polished, far more stable, far more complex game. There are still some minor issues here and there, but unlike WWE 2K20, they don’t ruin the experience. Yes, sometimes the referee gets in your way, screwing up your running clothesline. Sometimes the ropes physics implode a little, just not as badly. Sometimes moves don’t go off as planned such as when I had Hollywood Hogan execute his finisher but once he hit the ropes to deliver his leg drop he bumped into his nWo tag team partners and stopped dead in his tracks. 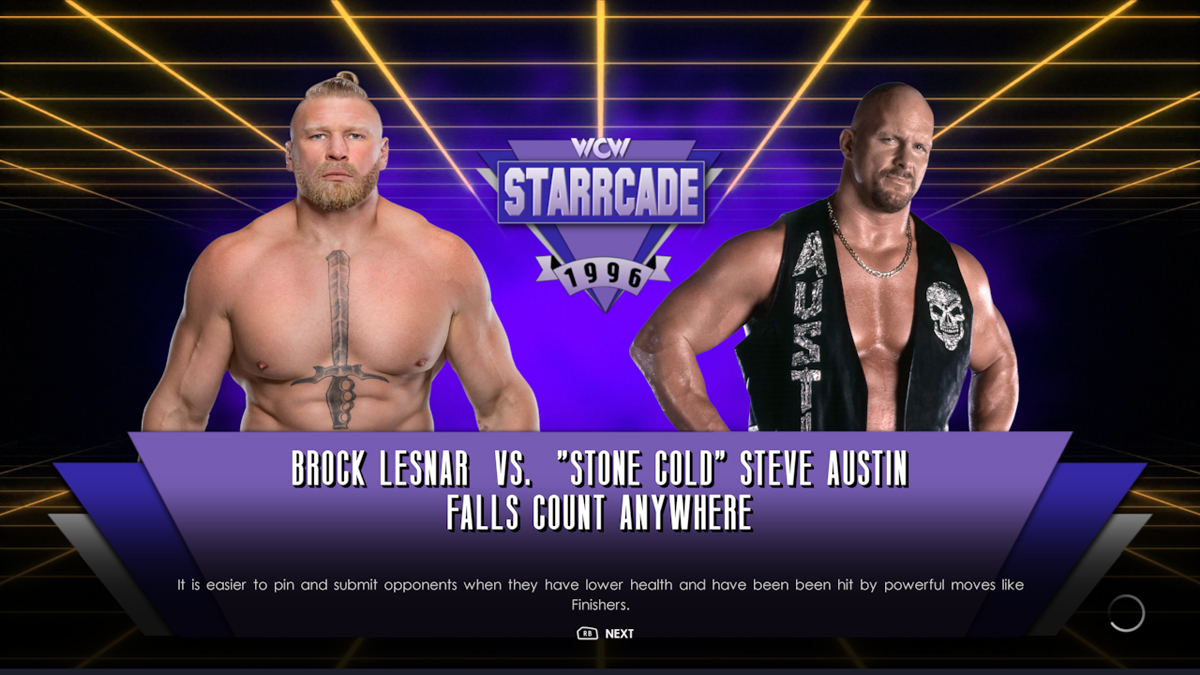 Besides its broken gameplay making the game unplayable at times, WWE 2K20 was ripped to shreds for its abominable graphics which were not up to snuff to what fans expect from next-gen games. WWE 2K22 has turned that all around. The wrestler models and environments look fantastic whether up close or far away. The developers actually may have gone a little overboard making heavyweights like Hulk Hogan, Kane, Brock Lesnar and others comically tower over such smaller superstars like Kushida or Rey Mysterio. I found it all quite amusing moving around as a bulky, literal tank in the ring so I appreciated the over-the-top designs.

WWE 2K20 had all manner of problems with its sound as well. Commentators would say the wrong things at the wrong time which just destroyed what was supposed to be an immersive environment. Commentators calling the wrong moves or not accurately assessing what is happening inside and outside the ring just takes you right out of the game. Just like the graphics, all of that has been corrected with WWE 2K22. Sure, the commentating is far more simplistic and sometimes very generic but I would rather have that than be taken out of the moment by chatter that is more confusing than Adam Cole’s run in AEW.

With all of the basics ironed out for the better, the developers also made some improvements to the other general aspects of WWE 2K22. Although the basic controls and moves are virtually the same, the developers have introduced both strong and weak combo attacks. They are an option in your arsenal but in my experience they are not necessary at all to play the game successfully, and win matches. They are just another tool in your tool box. Like you would have in Mortal Kombat but simpler, pressing certain buttons in the right order will execute a combo attack like a barrage of punches and kicks that ends with a flying forearm smash, let’s say. The thing is you have to either memorize those combinations to execute them properly in the heat of combat or put the action on hold and constantly refer to the handy list on the pause screen. The combos are a great addition to the game but again, you can just stick to your character’s move set, the basic moves to notch those victories.

There are some welcome alterations to the matches you can have. Whether you want to compete in a steel cage match, a backstage brawl, a Hell in a Cell match, an Iron Man bout, create your own tournament, compete in the Royal Rumble, WWE 2K22 has you covered. The biggest change though comes to the backstage brawl. The area is much more massive. You can fight to a huge garage, delivery, parking lot area where you can throw people off a platform, scaffold area above, or even dive off them onto your awaiting victim resting prone on a table below. The backstage area it still in play too, making that arena battle so much more fun.

Aside from the general match modes you five other ways to play. 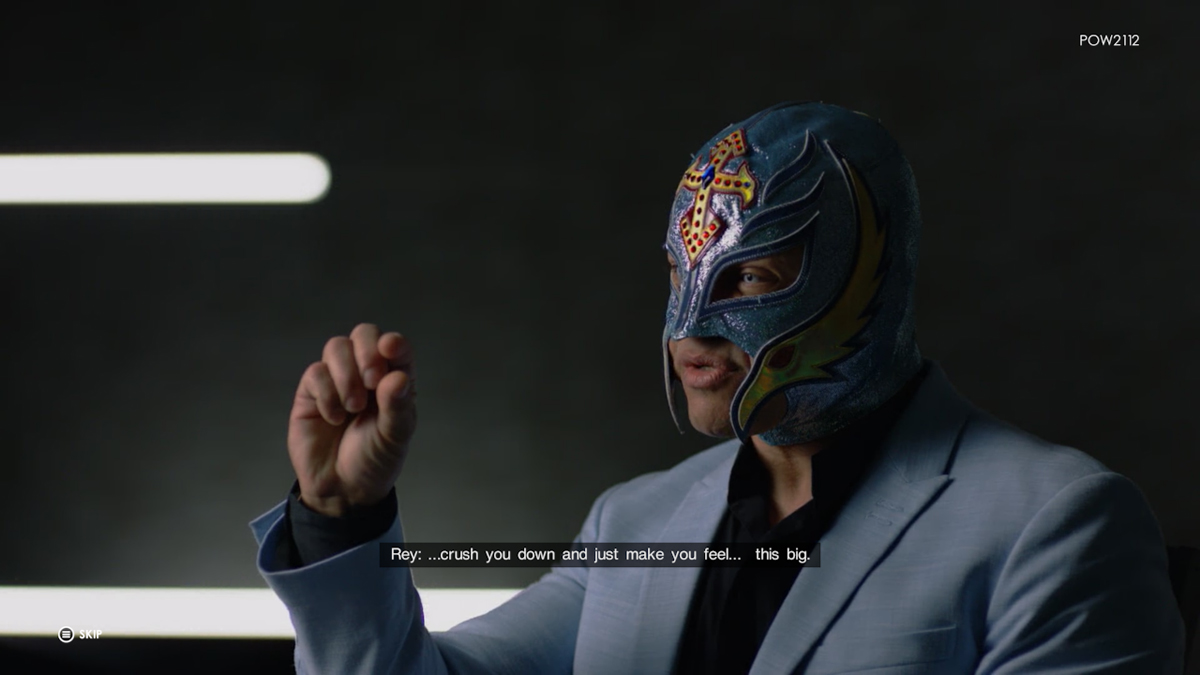 This installment explores the revolutionary career of Rey Mysterio Jr. and all that he has meant to the wrestling business as a whole. As Rey narrates the journey you play through the most memorable matches of his career starting with the match that put him on the map in North America, his incredible bout against Eddie Guerrero at WCW’s Halloween Havoc in 1997 that has stood the test of time. Perhaps the most touching and emotional part of the campaign is Rey discussing the death of Eddie, what he meant to him as a colleague and a friend. You then get to play through the Eddie tribute match Rey had on Raw against Shawn Michaels. The best thing about this year’s campaign is that unlike those in the past you don’t have to complete the match objectives to move on. You can totally ignore them but you will miss out on unlockable content. The Rey Mysterio showcase is not only great to play through but a brilliant tribute to a pro wrestling icon. 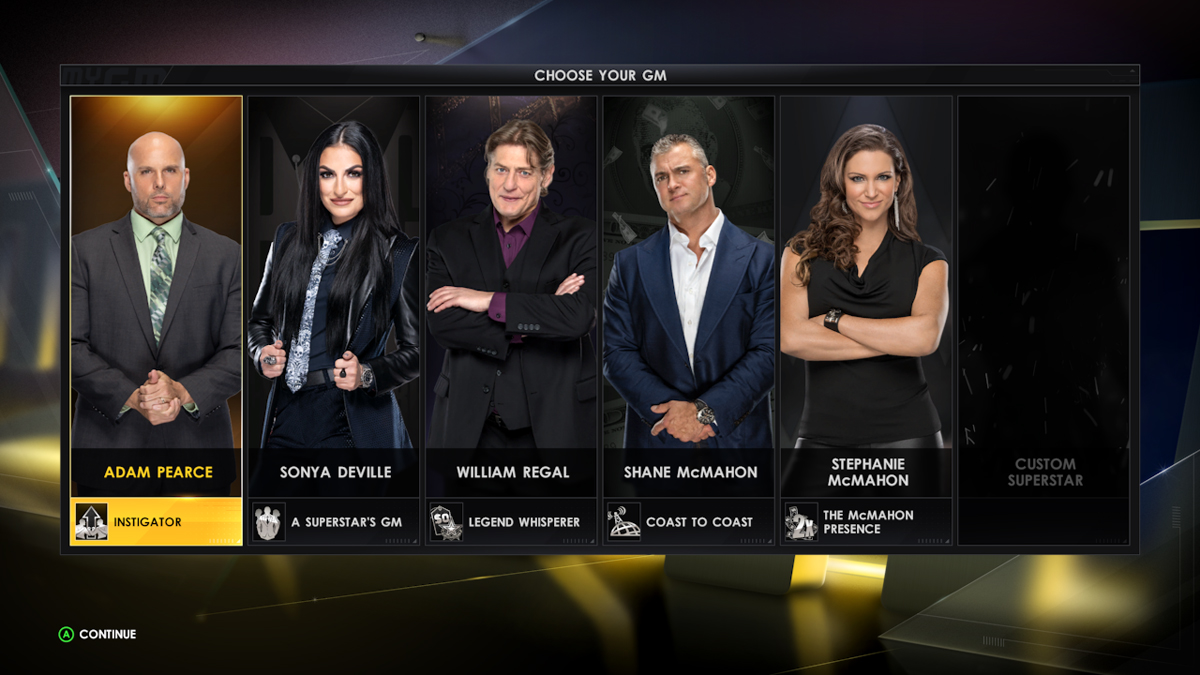 GM mode is an aspect fans have been clamoring for and WWE 2K22 delivers a really good one. Before you begin your career as a booker and promoter you will be asked to pick between several general managers, each with their own special skills. You can create your own GM or pick between Adam Pearce, Sonya Deville, William Regal, Shane McMahon and Stephanie McMahon.

Without a second thought, I picked William Regal. I mean, how could you not? WarrrrGaaaaaaames!

When you have settled on a GM of your choosing, your rival GM is revealed and a draft is held in which you take turns spending money on talent from all three brands. Like MyGM as a whole, there is a lot of strategy to the draft beyond picking heels, faces, men and women. Like Pokemon, certain styles work better together in matches, etc. 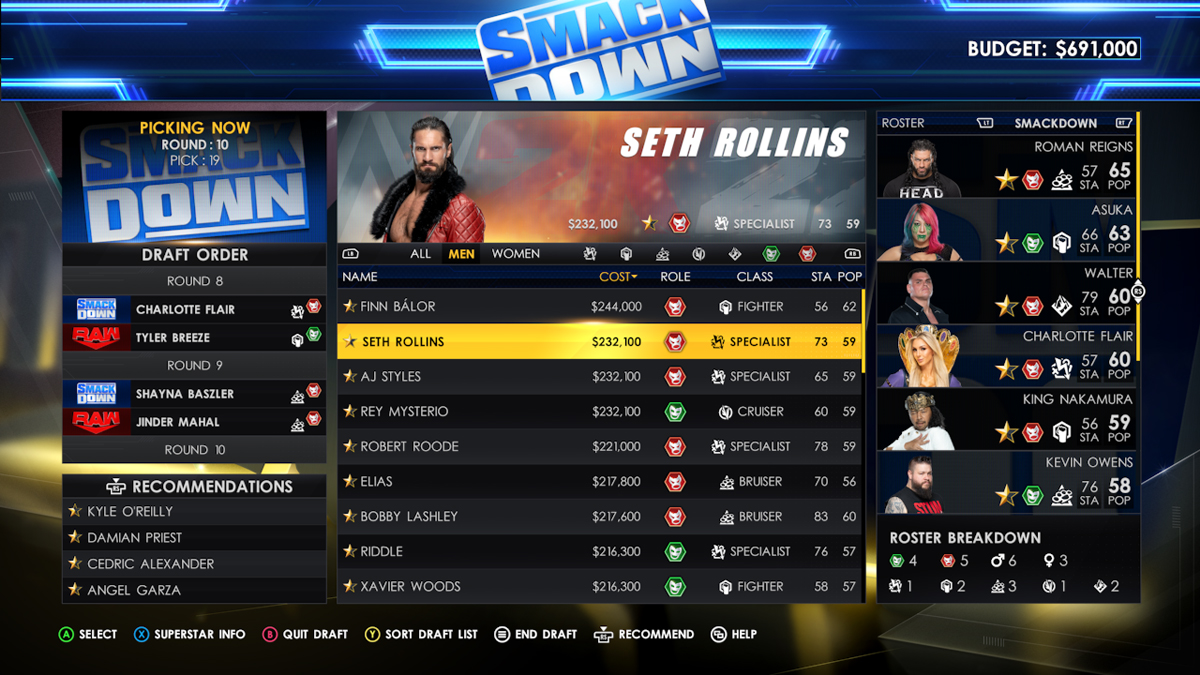 Once you have your roster you begin booking matches and promo segments for your first event. Just know that if you want to have gimmick matches, pyro, and other goodies, that all factors into your budget. Once your card is set you can either simulate the entire thing or you can play through the matches if you wish to do so. How well you have done is revealed in a financial statement which also includes your rival’s numbers and some hints from Triple H himself who is guiding you along. For more hints on how to improve your booking you can also do things like check social media to take in the advice from fans, see what is hot or not with them as well as check in on your talent themselves to make sure they are happy with how they are being used. 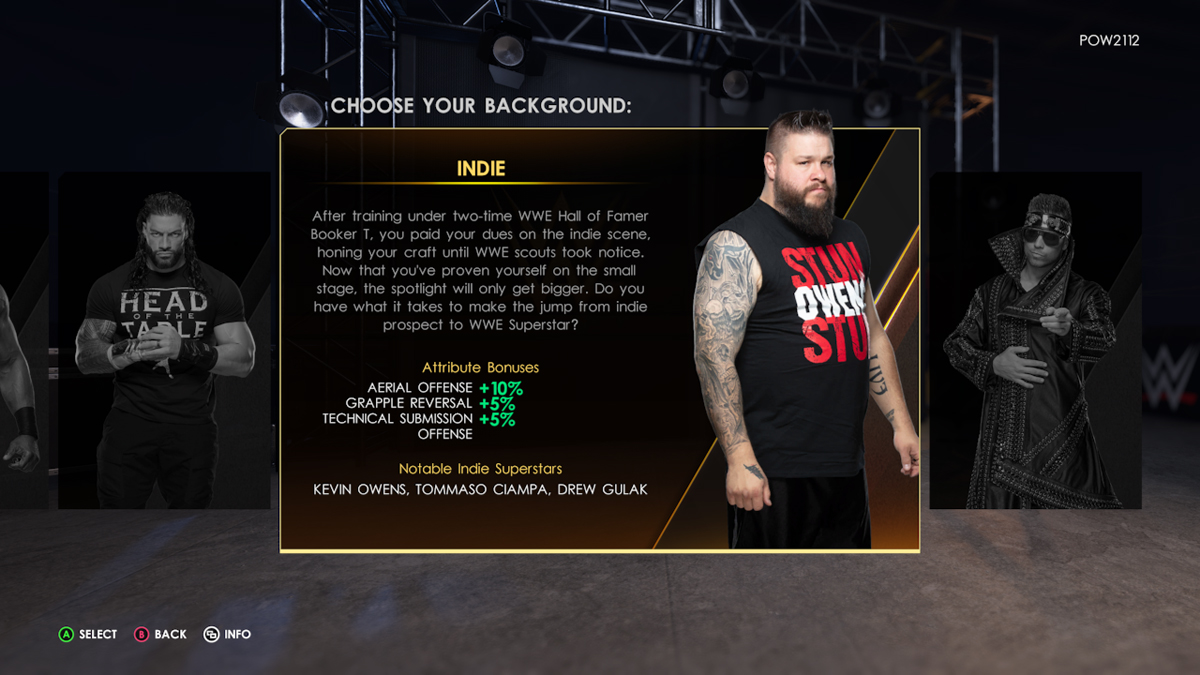 This is WWE’s career mode. You create a wrestler from scratch, join the WWE performance center and play  a campaign leading to a match at WrestleMania. Along the way you will be forced to make decisions, dialogue with WWE officials and trainers. Your answers will largely determine whether you are a face or a heel. This has an impact on the overall storyline. Also, you can elect to be a female or male superstar and that also changes the campaign. Although this is more bare bones than the Mysterio campaign, it will still keep you engaged as you improve and advance your superstar through all the twists and turns.

Is pretty much the same sandbox mode as before. You can create your own WWE universe, play matches and book events. This time, however, you can pick one superstar to guide along instead of focusing on a wide variety of superstars, if you want to. 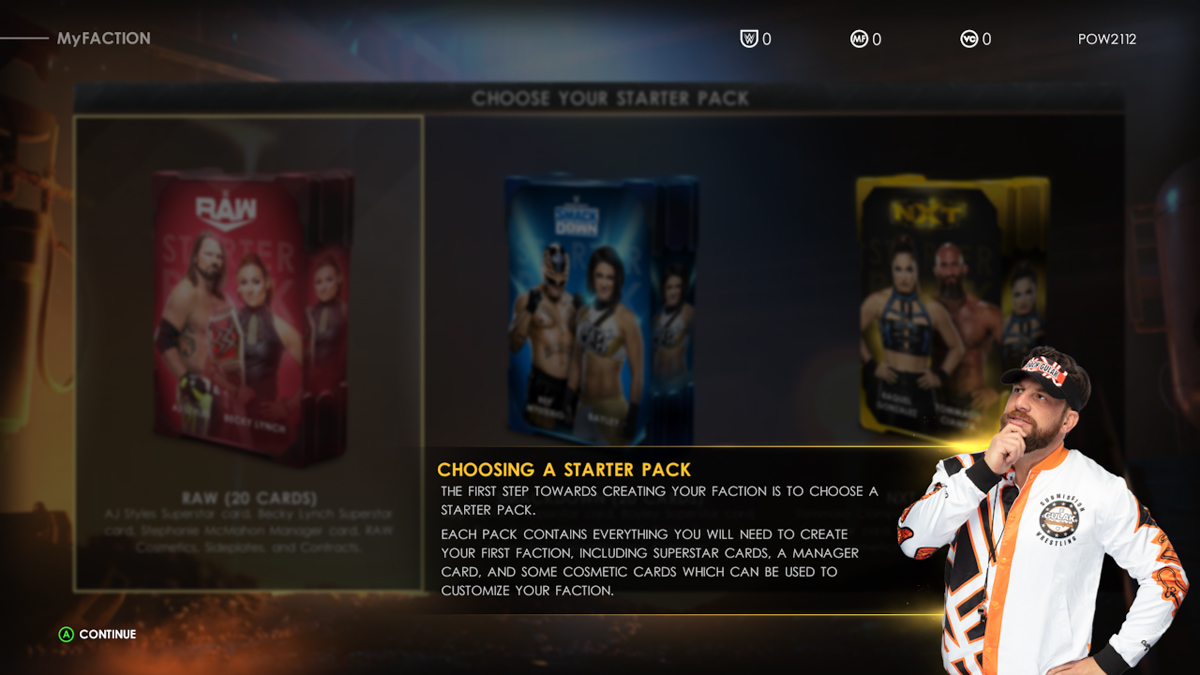 This is a really odd one. It is a mix between WWE 2K22 match gameplay and WWE Supercard. You create a faction with wrestler cards, which contain the usual Pokemon or Yu-Gi-Oh differences, strengths and weaknesses. You then pit members of your faction in actual matches you play through to win more cards, points to buy more cards, you get the idea. It is definitely the weakest mode of the bunch. Even though I was a fan of Yu-Gi-Oh and Pokemon through my son’s fascination with them when he was younger , which introduced me to the anime and the card as well as the video games, I just couldn’t get into MyFaction no matter how hard I tried.

Across the board, WWE 2K22 is an extensive and comprehensive improvement that returns the franchise to its former glory. As I mentioned before, there still are some nagging issues. Multi-man tag team matches are almost impossible to win as someone will always break up the pin. The rope physics will go wacky at times. You won’t be able to skip some of the cut-scenes in MyRise. ‘Blood’ is still defaulted “off” so you have to adjust those settings if you wish to bust your opponents open. Considering all the other improvements Visual Concepts has made though, how many gameplay modes you get for your money and all the DLC on the way, WWE 2K22 is the total package, even if Lex Luger himself isn’t in the game, just yet. In perhaps their last hurrah though, a host of talent who were laid off by the WWE are included in the game though. Take that, John Laurinaitis.

The five post-launch content packs will be available for individual purchase, while the full set of packs is included with the Season Pass, Deluxe Edition, and nWo 4-Life Digital Edition of WWE 2K22.

Most Wanted Pack
Release Date: May 17

WWE 2K22 is more than any gamer could ever ask for and raises the bar for not only for upcoming WWE2K installments but also future wrestling games.