WWE Battlegrounds has the best of both worlds 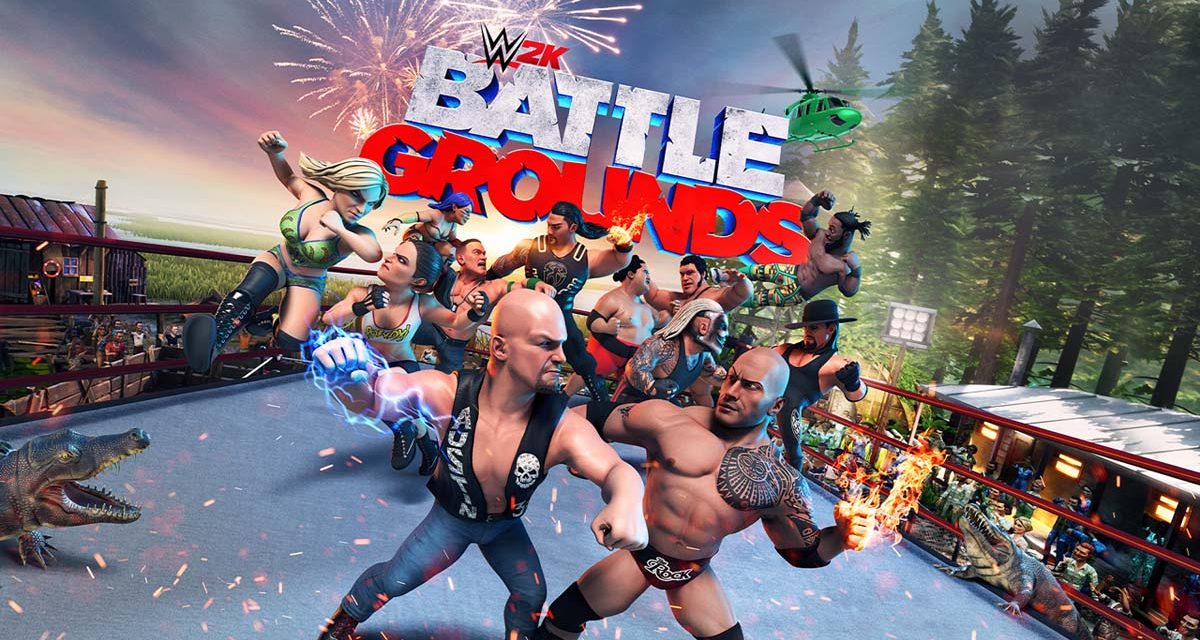 When the news first broke that 2K Sports and Saber Interactive were working on an arcade-like wrestling game to replace the next installment of the WWE 2K series comparisons were drawn between it and the total botch that was 2011’s WWE All Stars. After a comprehensive playthrough of WWE 2K Battlegrounds I can say those observations were misguided. The slim and trim Battlegrounds have very little in common with All Stars and that’s a very, very good thing.

The over-the-top presentation and gameplay is where the resemblance between All Stars and Battlegrounds ends. Battlegrounds is an irreverent version of the WWE 2K series. With their ridiculously disproportionate bodies, outrageous signature and finishing moves, these are all of the superstars you know and love taken to an absurd degree. And it all works because the world they inhabit is just as ridiculous as they are. More on that later. 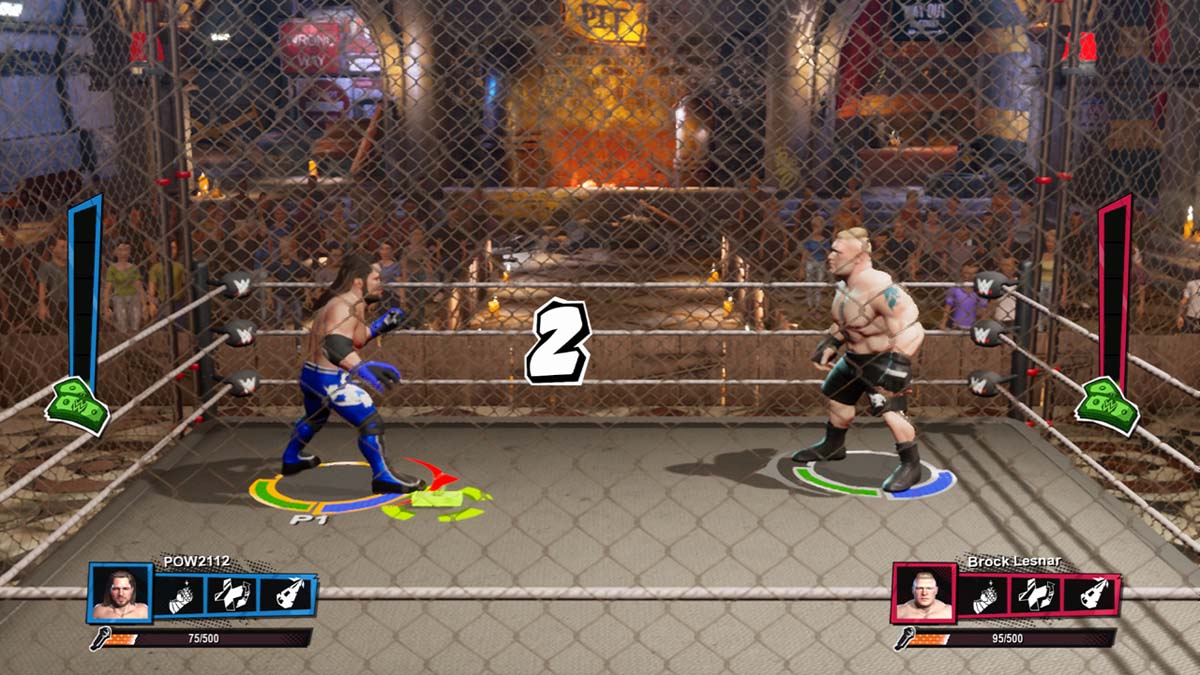 The roster is a mix of current superstars with a few legends thrown in for good measure. You begin the game with 20 unlocked superstars. To acquire the rest of the roster you have to buy them with in-game currency or win them by completing objectives. Until then, they remain in their action figure boxes demanding to be freed, which the sadistic part of me found quite amusing.

To not have the entire roster available at launch and witness yet another game relying on in-game currency and purchases may be discouraging for some but Battlegrounds plays fair. By playing the campaign or daily challenges you can quickly pocket cash or unlock wrestlers just by defeating them. It doesn’t seem like a grind when you are being rewarded for what you would have been doing anyway. 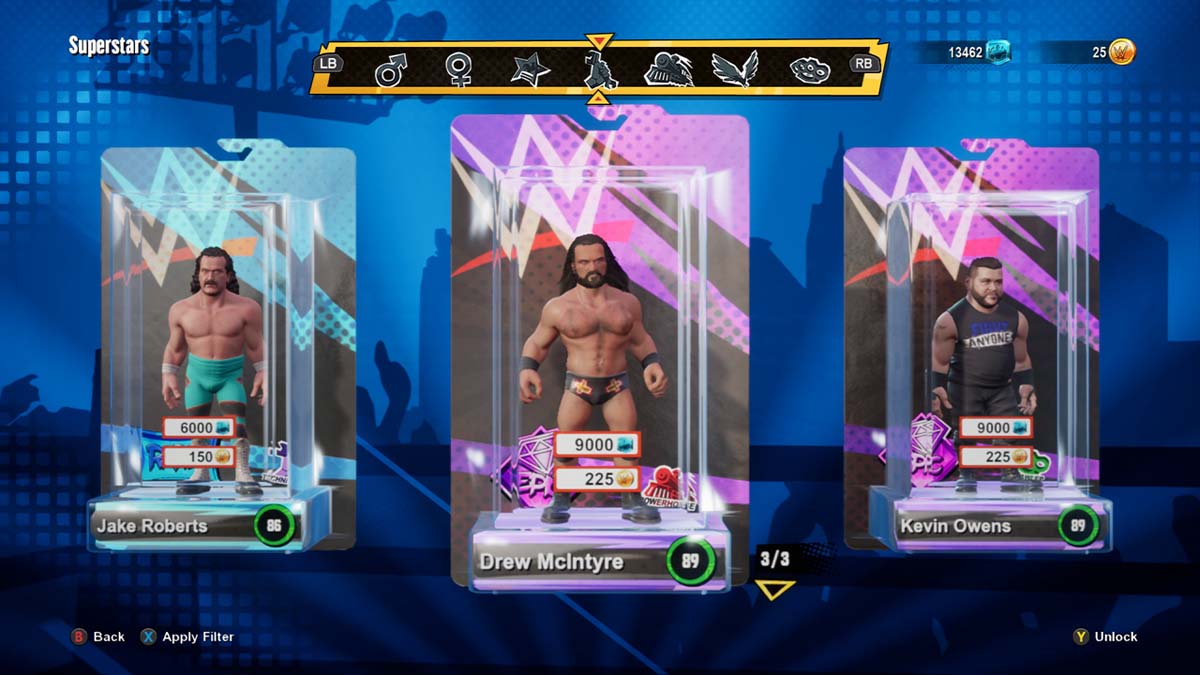 The unlocked characters at launch are:

The unlockable characters are:

The campaign itself is lengthy and more fun than watching Otis be stripped of the Money in the Bank briefcase. Paul Heyman and ‘Stone Cold’ Steve Austin join forces acting like road agents, traveling across America in the hopes to bring back the Attitude Era to the WWE by finding and introducing new superstars. Their journey takes them from New York to Detroit and many places in-between. The campaign ends with a Road to WrestleMania chapter. You play as a different and rookie superstars during each segment as Heyman and Austin take you under their wing to see what you are made of.

Instead of cut-scenes the campaign’s story is told in the form of a comic book which fits in perfectly with the tone of Battlegrounds. The artwork actually rivals that of any book you would find at your local comic shop. That says a lot about the design and execution of those digital pages.

If you ever tire of lending Heyman and Austin a hand there are daily challenges to complete and  compete in which extends the game’s shelf life. 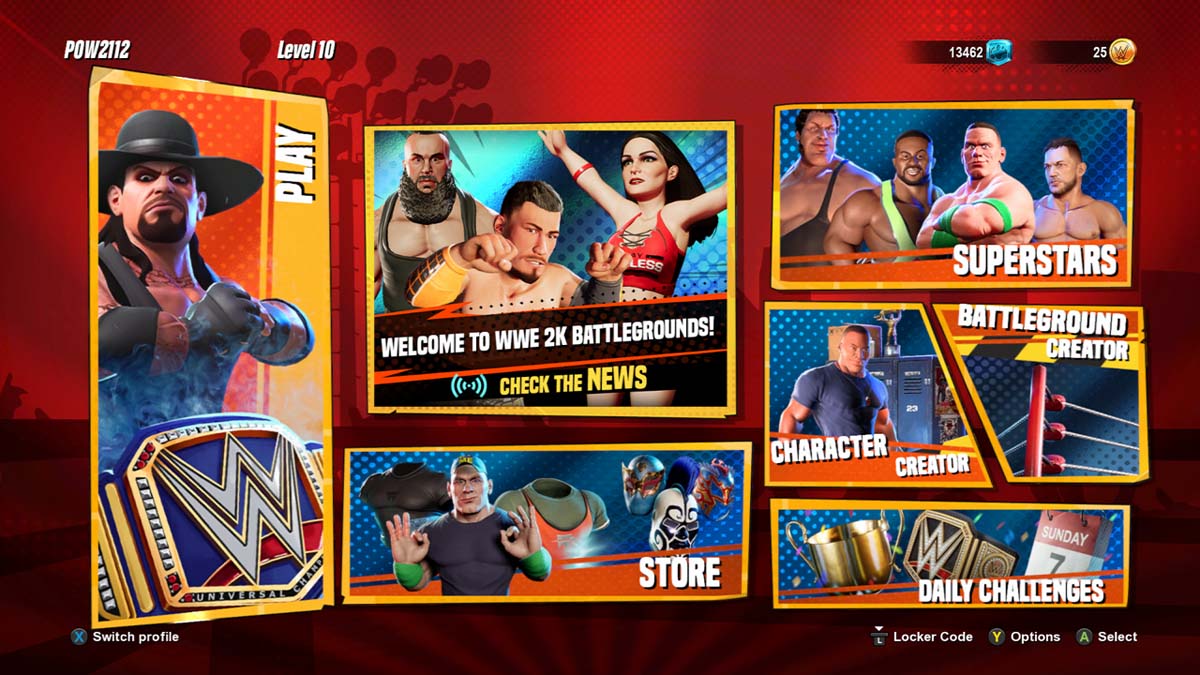 Battlegrounds’ exhibition modes include one on one, tornado tag team, steel cage (one on one or tag team), tag team, royal rumble, gauntlet, fatal 4 way and triple threat. You can battle the computer AI, online foes or opponents sitting right next to you on your couch. You can also go online and test your skills in tournament or King of the Battleground modes to square off against other players from all over the world. As far as I could tell, there weren’t any hiccups connecting, especially if you have cross platform play activated.

Gamers have complained that the main WWE 2K series has tilted too far into sports simulation territory and that has ruined some of the fun. Watching yourself stumble around the ring unable to execute moves because your energy is low may be realistic but it doesn’t make for an enjoyable experience which matters far more than mirroring pro wrestling “reality” to many fans. Battlegrounds has opted for an uncomplicated, straightforward mechanic that is a balance between thoughtless button mashing and strategic scheming. You don’t need to practice complicated controller combinations to succeed. Battlegrounds is a return to the punch, kick, execute a move that pretty much was the standard amongst wrestling games until controllers were outfitted with triggers, bumpers and all of those other buttons. The best strategy is to punch and kick your opponent until they are down and dazed then you lift them off the canvass for a move or an Irish Whip into the ropes or a corner. As your power meter grows you will be able to do more powerful moves like your signatures and finisher.

The environmental elements in each setting and player power-ups play a role in each match too. Each player can pick their power-up load-out before each match. There are three slots and available power-ups in total. Power-ups range from your hand bursting into flames like the Human Torch to cause more damage or making youself more resistant to certain types of attacks and moves.

Each unique environment like the military boot camp or the parking lot have special features which you can use to your advantage, sorta like you would do in Injustice and Mortal Kombat. You can leap off a hovering helicopter, smack a foe with a burning oil drum or feed them to a hungry alligator. Yes, these options are excessive and crazy but once again that’s what WWE Battlegrounds is all about, being something different with the emphasis on fun.

Oh, and every match is under ECW rules. You can batter, beat and brain your opponents with steel chairs, guitars, etc., to your heart’s content and never get disqualified. In its tutorial, the game actually encourages you to go all New Jack on people. Watch out as you can still get counted out though. Weird that. I guess they had to keep some of the rules intact.

Battlegrounds unfortunately shares something with the WWE 2K series. Something the developers should have fixed a long time ago. Sometimes the announcing doesn’t match the in-ring action. Hearing Mauro Ranallo  and Jerry Lawler call your matches heats up the excitement but not when their comments don’t pair with what is actually happening in or out of the ring. It shatters the illusion, the world you are being drawn into, that’s for sure. 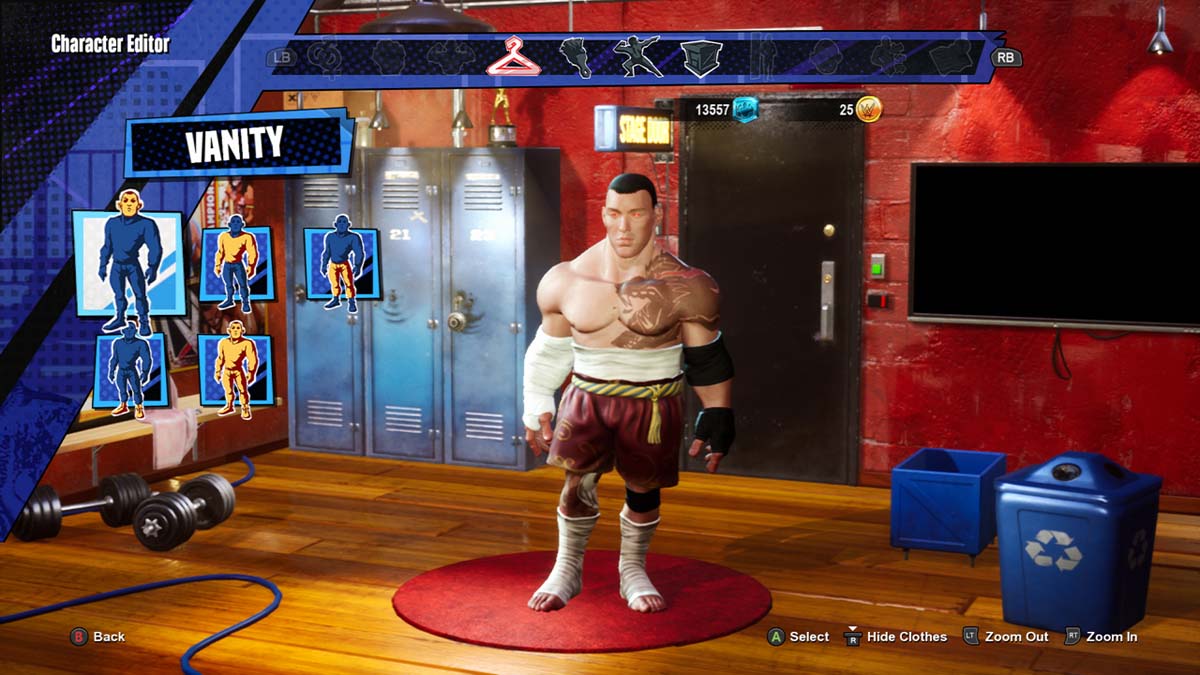 Since it is a scaled-back version of 2K, the create a character options are limited and that is a good and bad thing. The bad is that you cannot edit your character’s move-set or entrance, upload any special logos or graphics. The good thing is you don’t have to edit your character’s move-set or entrance. The character creation options are about as diverse as Braun Strowman’s move-set. The developers could have surely thrown in a lot more creation choices and perhaps let you choose a basic move-set to compliment your creation considering they had the 2K series to drawn upon. One can only guess that the developers’ thinking was that most people just want to jump into the action and they could be right about that depending who they are targeting with Battlegrounds. In creating this genuine hybrid the developers are never going to satisfy some hardcore or casual players.

This is the first time in nine years that there isn’t an annual WWE 2K title to look forward to. That could be a good thing though not only allowing 2K developers to get their ducks in order after Yuke’s dropped out of the WWE 2K series but Battlegrounds could be a 2K’s saving grace giving fans another option and another franchise to look forward to. If you can go with the flow and understand that Battleground is an alternative take on the WWE universe and of WWE 2K, Battlegrounds is certainly worth the $50 price tag.

Battlegrounds is a hybrid wrestling game that doesn’t dumb things down. It is a perfect jumping off point for casual gamers but offers enough options and enough challenging gameplay for hardcore players. If 2K plays their cards right they might just have two successful WWE franchises in their stable.