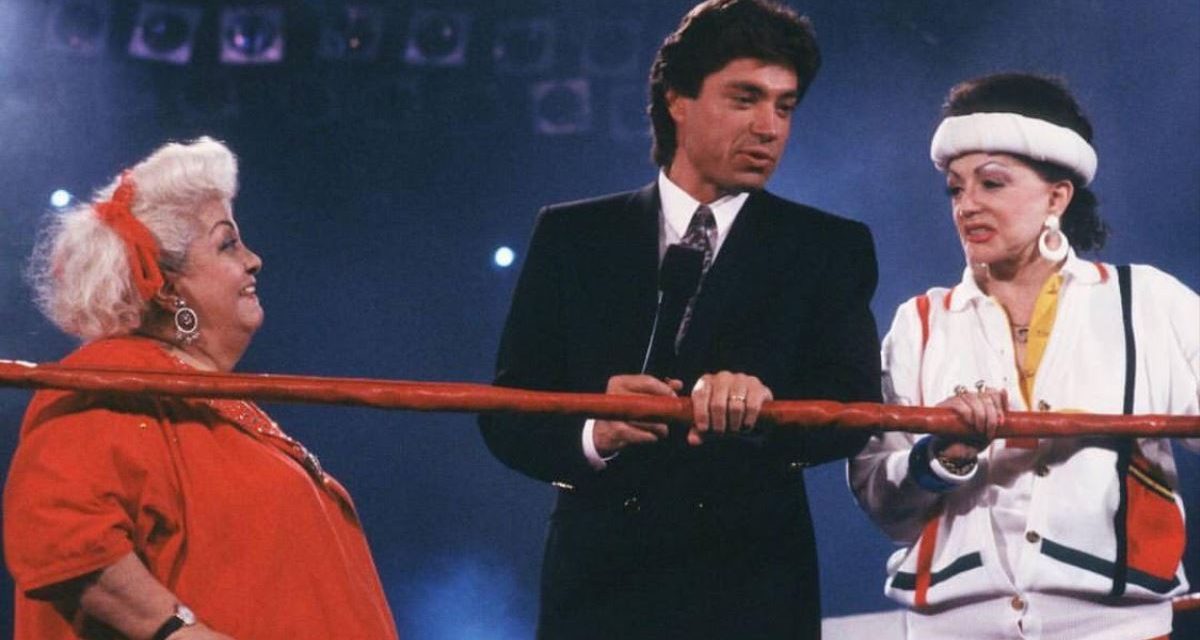 Jackie Stallone, the mother of Sylvester and Frank Stallone, has died at the age of 98.

For all her ties to entertainment through the years, wrestling fans cannot forget her role as the “house mother” on the 1980s all-women’s wrestling show, GLOW.

Matt Cimber, the veteran television producer who ran GLOW, recalled how Jackie Stallone ended up being the biggest name involved.

Stallone was “quite a character,” Cimber told SlamWrestling in a 2017 interview.

“She said, ‘I want to be the house mother for the good girls.’ And I said okay. And she was terrific.”

The show was pretty fluid, said Cimber, meaning they changed on the fly often. Stallone took that to heart.

“To show you how loose we were, she goes on The Tonight Show [with Johnny Carson] once as a guest and they start talking about GLOW, and she evidently tells Johnny, she says, ‘You know, I own GLOW,'” chuckled Cimber.

That night, Cimber got a call from Meshulam Riklis, who owned the Riviera hotel in Las Vegas and was a partner with Cimber on many films. “He says, ‘Matt, did you sell GLOW?’ That’s how loose we were, with paperwork, with everything. I said, ‘Of course I never sold it.’ …. I said, ‘Let her say it, she’s having a good time, she loves it. It’ll be fine.'”

David McLane, the creator of GLOW and the main announcer, told vulture.com in 2017 that Stallone wasn’t originally part of the plan. He met Stallone in the summer of 1986, and it made a huge difference. After I met with her and she agreed to come on board, it was like gold. We instantly hit all the media outlets with press. We cleared another 30 or 40 stations — and that was it, we were up and rolling.”

Indeed, she was able to get media appearances that most fledgling syndicated TV shows would only dream about.

People Magazine featured her in its May 23, 1988 issue, with the memorable headline: “Yo, Mama! The Wrestling Stallone, Sly’s Mother, Jackie, Returns to the Ring with a Stable of Rambettes.”

Naturally, it led off the story with the Stallone “rap,” which lives on through the magic of YouTube.

I’m Mama Stallone, listen to me sing
My girls are champions in the ring
They’re on the go, they never stop
That’s why they’re headed for the top

Take this paragraph from the People story with a grain of salt:

A former female wrestler herself, Jackie was introduced to GLOW’S producers while she worked out in a gym near her Santa Monica condo in 1986. “They asked me if I’d be interested in handling the girls,” she says. “I liked the concept. We’re trying to accomplish female physical fitness in the United States. But my real goal is to get female wrestling into the Barcelona Olympics in 1992.”

Jackie Stallone had three children, Sylvester, Frankie and ToniAn, and People noted that none of them had made any comment at that point about their mother’s involvement with GLOW. “I’m sure they’re all embarrassed if you want to know the truth,” Jackie said. “They feel as though this is hardly the position for me, for a mother. They probably think I should stay at home and mind my own business. But they don’t realize that if I had stayed home and minded my own business, they’d be home minding their own businesses. Sylvester wouldn’t be in these controversial movies that he’s in. He’d be home watching television. They had an outrageous upbringing—a unique upbringing—and this is why he is where he is today.”

Stallone’s role as “house mother” fit her well, as her “Sweethearts” constantly battled against Aunt Kitty (the late Kitty Burke Municino) and her “Kitty’s Killers.”

One of the show’s originals, Hollywood Jeanne Basone, said in an email that Stallone brought a lot to the show. “Not only was Jackie a pioneer, she made all of us laugh especially when we did Family Feud. Many fond memories!”

Born Jacqueline Frances Labofish on November 29, 1921, in Washington, D.C., Jackie followed many unique career paths. She was a trapeze artist in the circus and later became one of the first women to have her own exercise television show, coinciding with running her own gym.

She married Frank Stallone Sr., who was a hairstylist, in 1945.

Jackie used the fame of her son, Sylvester, to promote various projects. Most prominent of her careers/hustles was a line of astrology books, something she had studied since the 1950s. The books tied into a 1-900 astrology hotline that aired with late-night infomercials in the ’90s, and her palm readings were  called “Rumpology.” She would appear as a guest on mainstream television shows up until her appearances on Celebrity Big Brother in the United Kingdom in 2005. 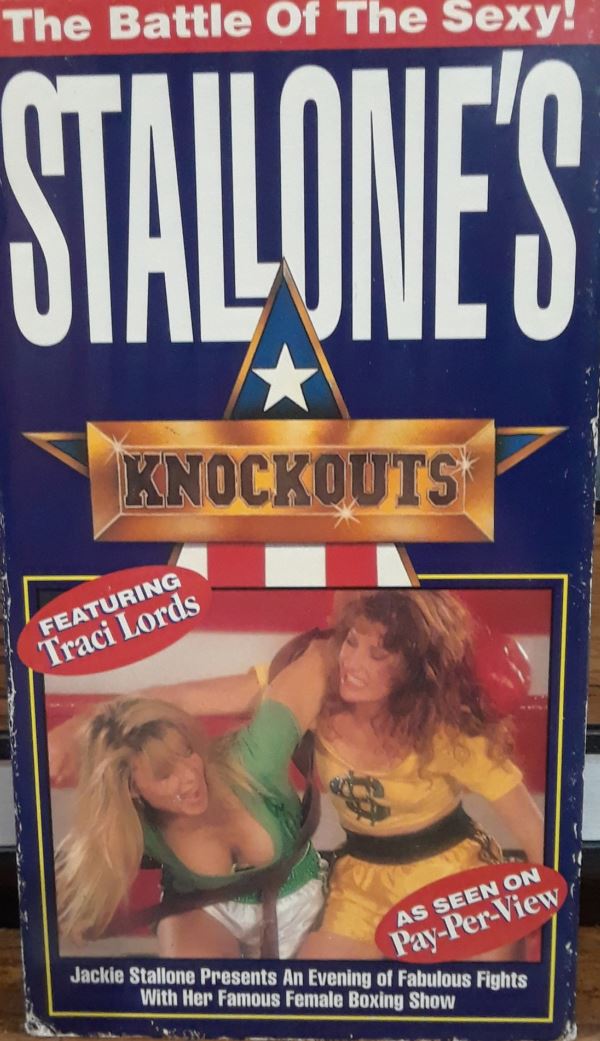 GLOW wasn’t Jackie Stallone’s only foray into sports entertainment. How about the VHS release, and, pay-per-view, Stallone’s Knockouts. It was boxing-ish, and a couple of the GLOW girls, like Hollywood (Jeanne Basone) and Godiva, participated along with adult film star Traci Lords. Released by Summers Entertainment Inc., the back of the box promised, “When Jackie’s brawlin’ babes leap into action, there’s no telling which end’s up … or how it will end! See the dukin’ darlings everyone’s talking display their well-honed skills — in and out of the ring.”

McLane brought Stallone out to his more recent women’s wrestling show, WOW and crowed about her love of the show:

Further details on her passing are not known at this time.