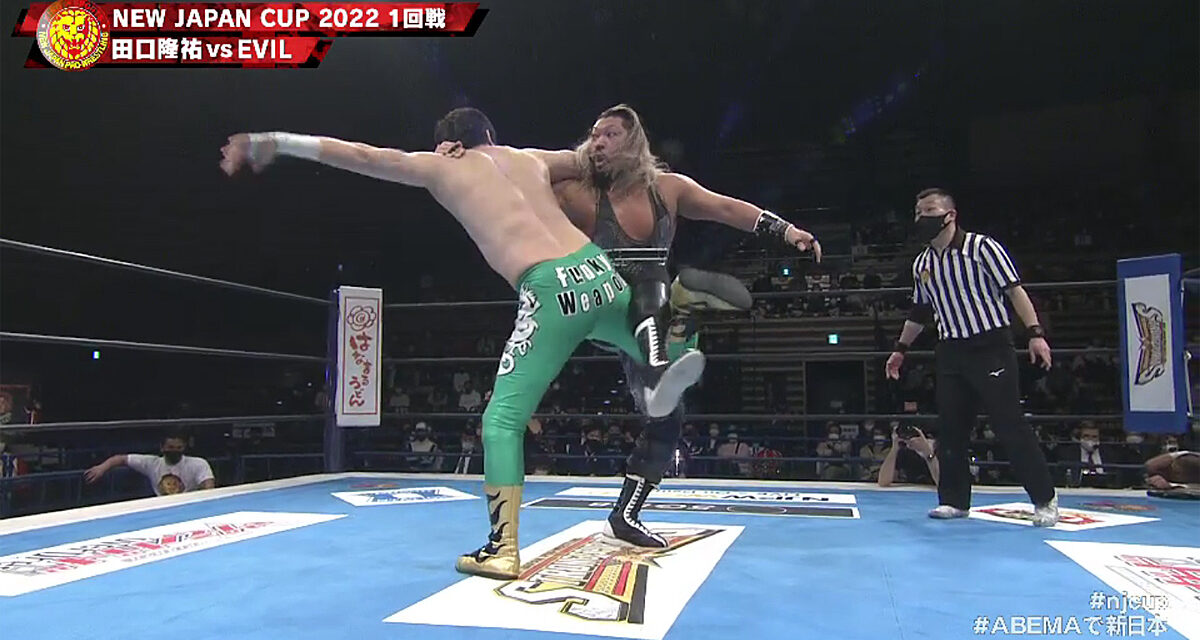 The evil ways of the House of Torture came into play once again as the New Japan Cup tournament motored on. Ryusuke Taguchi faced Evil and Hiromu Takahashi battled Sho on night three. 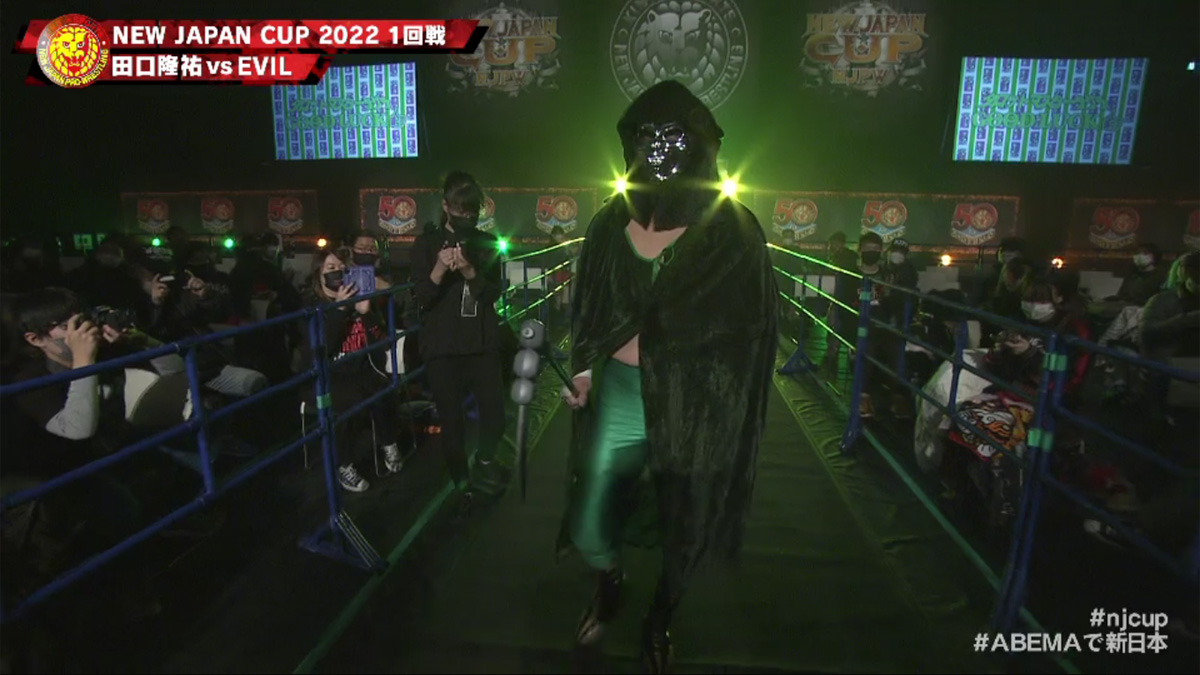 Taguchi came to the ring mocking Evil. He wore a skull mask, a cape and carried a scythe. Evil made short work of him though. Dick Togo entered the ring just as Taguchi slapped the ankle lock on Evil. Taguchi put Togo in an ankle lock so Evil escaped. Togo tapped out. Evil pinned Taguchi with Everything Is Evil to move on.

In his match against Takahashi, Sho pulled out his wrench from under the ring as well as a steel chair. Sho entered the ring with the chair in one hand and the wrench in the other hand which was behind his back. As the official placed the chair back outside the ring Sho swung the wrench at Takahashi. Takahashi ducked and Sho missed.

Later on, Sho pushed Takahashi into the official and then low-blowed Takahashi. Sho swung the wrench again. Takahashi kicked him in the jaw.

Yujiro Takahashi interfered on behalf of Sho clocking Takahashi with his cane. Takahashi kicked out of Sho’s crossarm piledriver. Takahashi flipped out of Shock Arrow rolling up Sho for the win thwarting House of Torture’s plans.

Oiwa is pinned by Henare and his Rampage Tackle.

Phantasmo pins Bush with the CR2. Phantasmo and Ishimori have several miscommunications during the match. Could there be more strife in the Bullet Club? Yujiro has to play peacemaker between Ishimori and Phantasmo.

Chase is being submitted by Jado. Chase throws the referee over in desperation. Chase taps out but there is no official. With the official out, Jado is tempted to smash Chase with his kendo stick. Chase pleads and pleads with Jado. “We are on the same team!” he begs. Jado tosses the kendo stick aside. Owen kicks Jado in the “lower abdomen” and pins him with a running knee to the face. Owens shoves the Young Lions away. He takes care of Jado, carries him out of the ring.

Ishii kicked out of Made In Japan but is pinned by Last of the Dragon.