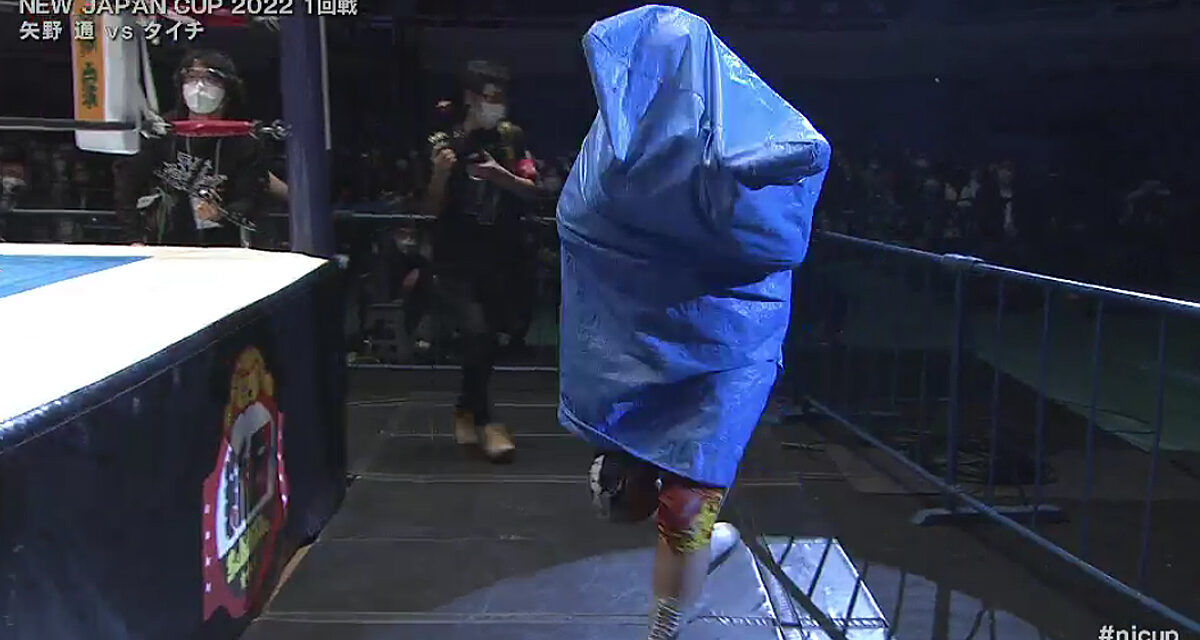 There were no big upsets on night one of the New Japan Cup with the heavy favourites moving ahead.

The only close match-up was Yano versus Taichi. Yano and Taichi argued before the match. Taichi told Yano they might as well remove all of the turnbuckles as Yano will do so anyways. Yano tried to roll up Taichi as he proceeds to remove one of the turnbuckle pads. Yano pulled a blue tarp from under the ring. He attempts to cover Taichi in it but Miho Abe shields him. 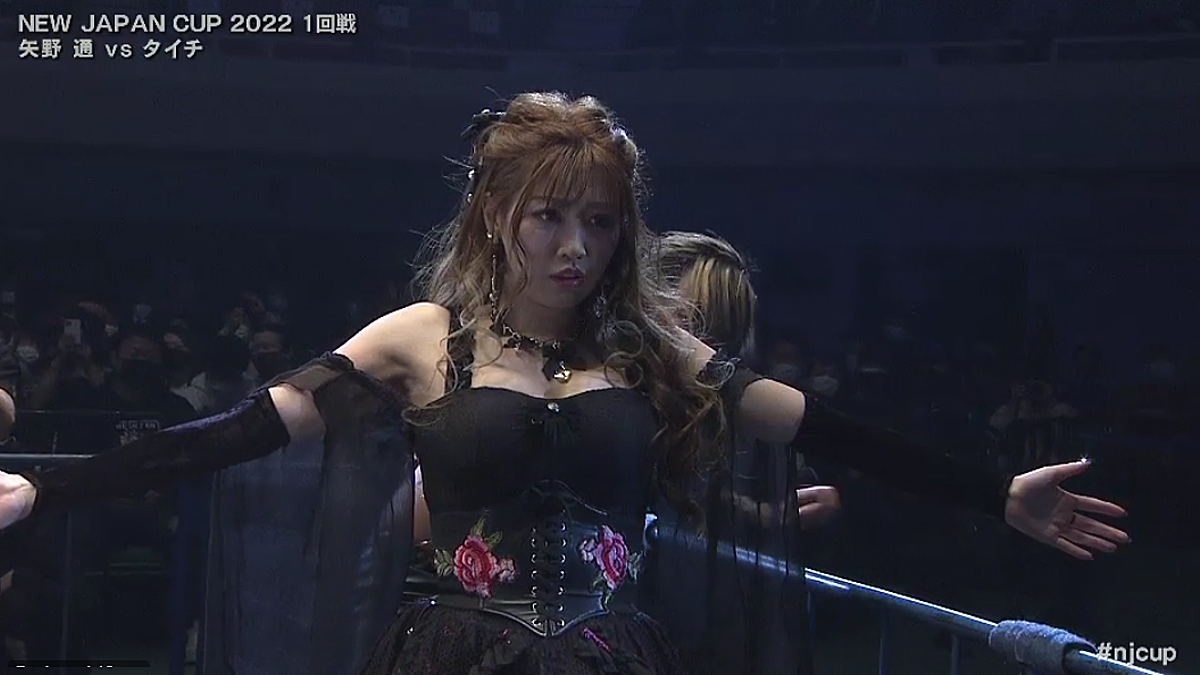 Taichi put the bag over Yano and left him on the floor. Yano cannot see where he is going but stumbles back into the ring before he is counted out. The official manages to get Yano out of the bag and that ticks off Taichi. Taichi puts the bag over the ref’s head. Yano rolls up Taichi. There is no official to count the fall though. Taichi wins with a knockout punch. With Tenzan forfeiting due to a knee injury, Taichi gets a bye into round three.

CIMA scores his first win of the tournament with his double knees from the top rope. Poor Taka. It hurts to see NJPW just jobbing him out like this. Man, I want to see Stronghearts more in NJPW. They have always been awesome as individuals or as a unit.

Hashi puts Honma away with Karma. Honma fought like hell, though.

Goto barely escapes with his life but he manages to pin Nagata with a leg lock and a bridging pin.

Jeff Cobb has his right leg all wrapped up. Cobb takes Makabe to the floor, hoists him up slamming him into the steel post. There is very little offense from Togi. Cobb even tries to pin Togi with his little fingers. Togi finally gets some clotheslines and punches in. Togi misses the King Kong Knee Drop. Cobb pins Makabe with Tour of the Islands.

Tanahashi wins with a Slingblade and a Dragon Suplex.

Yujiro rams Naito into the official. Evil and Sho hit the ring. They beat the stuffing out of Naito. In an unexpected move, Yujiro tells his House of Torture pals that he wants to beat Naito one-on-one. Evil and Sho do as they are asked and leave the ring. Minutes later, Yujiro calls for his cane. The official is distracted as Yujiro catches his cane. Naito punches Yujiro in the “lower abdomen” and rolls him up for the pin. An irate Evil leaps into the ring, fights off some Young Lions and puts the boots to Naito. Naito tosses Evil into the air and as he lands kicks him in the “lower abdomen”.

Okada wins with a drop kick, Landslide and Rainmaker.

Kazuchika Okada will now face Master Wato in round two.

Tetsuya Naito will take on Gedo.

With Kota Ibushi also having to forfeit, The Great-O-Khan gets a bye into the second round where he faces Taiji Ishimori.