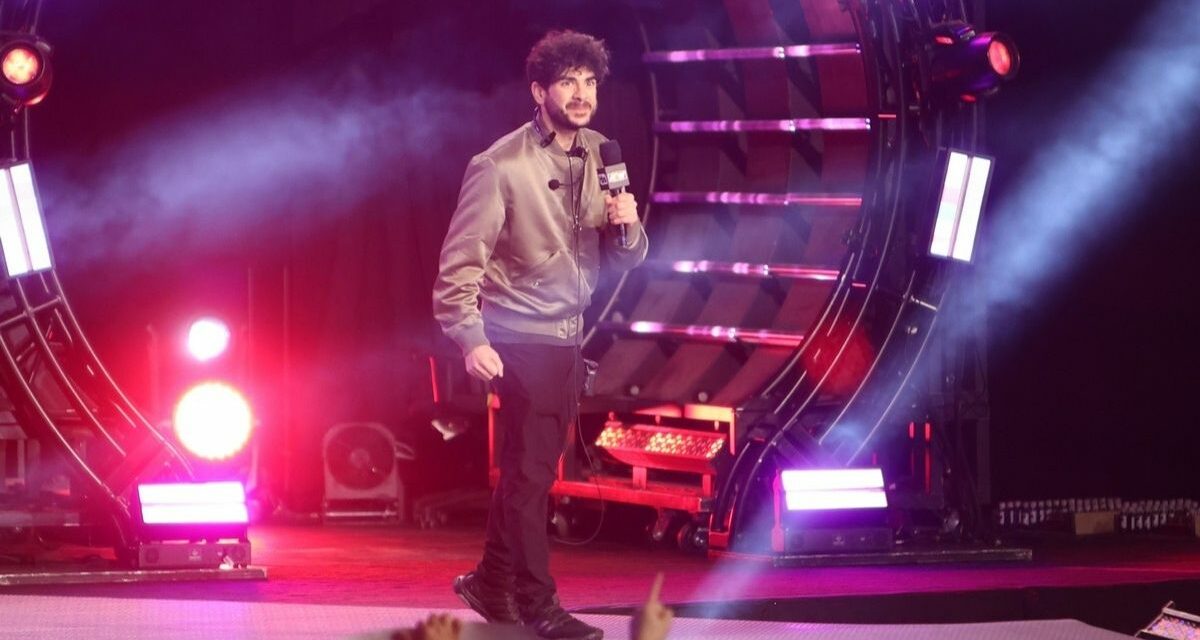 The AEW roster has grown in leaps and bounds in the last few years with such stars as Bryan Danielson and CM Punk signing with the company and talent such as Cody Rhodes leaving.

Tony Khan, the co-owner, president and CEO of All Elite Wrestling admits it is a real test of his booking skills to manage the current roster and having three hours of live television a week to showcase as many people as he can.

“It is definitely a huge challenge because I believe we have the best roster in professional wrestling right now. We have so many great stars and I am always excited when we can strengthen it by bringing new people in and I am very grateful that we have such a strong partnership with TNT and TBS. That we have two strong hours with Dynamite and that they gave us another hour with Rampage. It has given us more opportunity to showcase the talent we have,” Khan told Slam Wrestling. “In the meantime, there is so much more talent to develop and we are constantly looking within for people who are ready to step up.”

One talent that won’t be around any longer unfortunately is Cody Rhodes. Rhodes and AEW has a pretty public split but parted ways amicably.

“It was very sad to see Cody and Brandi leave AEW. I have been asked about it many times. I haven’t said much but what I do have to say is positive,” he said to Slam. “I have really appreciated both of them and what they did for us when we started off and through the growth of the company. I wish them both the best.”

Later on in the press call, Khan spoke more about Rhodes admitting that there was a clause in Rhodes’ contract that he could have exercised to keep him around a bit longer but decided against it. He didn’t want to force Rhodes to be part of AEW if he didn’t want to be there. 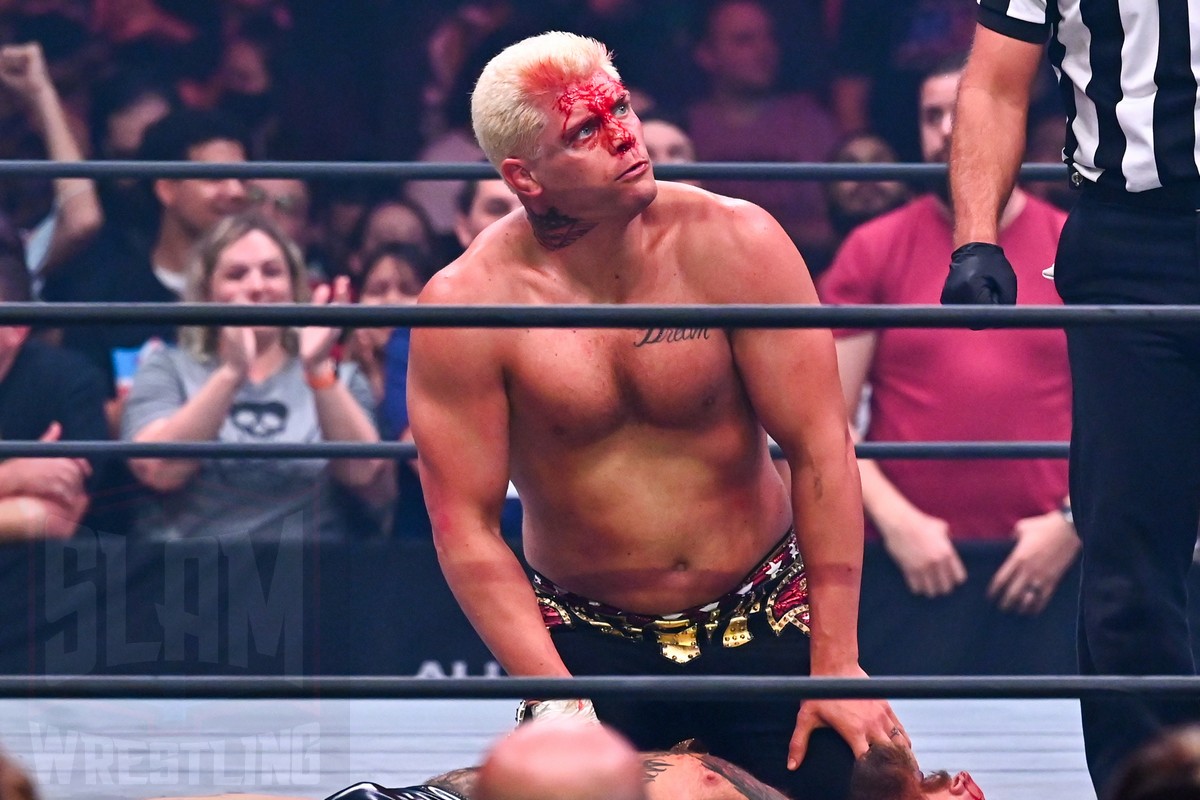 Malakai Black versus Cody Rhodes at the Addition Arena in Orlando, FL on October 23, 2021. Photo by Joe Hrycych, www.hrycychphotography.com

“I will miss him very much in a lot of ways but in terms of feeling that pressure to put on a great pay per view without him, I don’t feel that as much because we’ve already done that,” he said about this weekend’s Revolution show.

Another name that was brought up was Jeff Hardy. Hardy was released by the WWE back in December of last year. Khan it seems would welcome Hardy with open arms and would love the chance to reunite the Hardy Boys under the AEW banner.

“I do really like Jeff a lot. I think Jeff is still obligated to another company for at least several more days but at some point when Jeff is free and clear I would love to have Jeff in AEW. Jeff is a friend of mine. I really like him very much and I think the world of him. I have a lot of respect for him as a wrestler and he’s also a very nice person. I think he would fit in very well in AEW and we would love to have him,” he said. 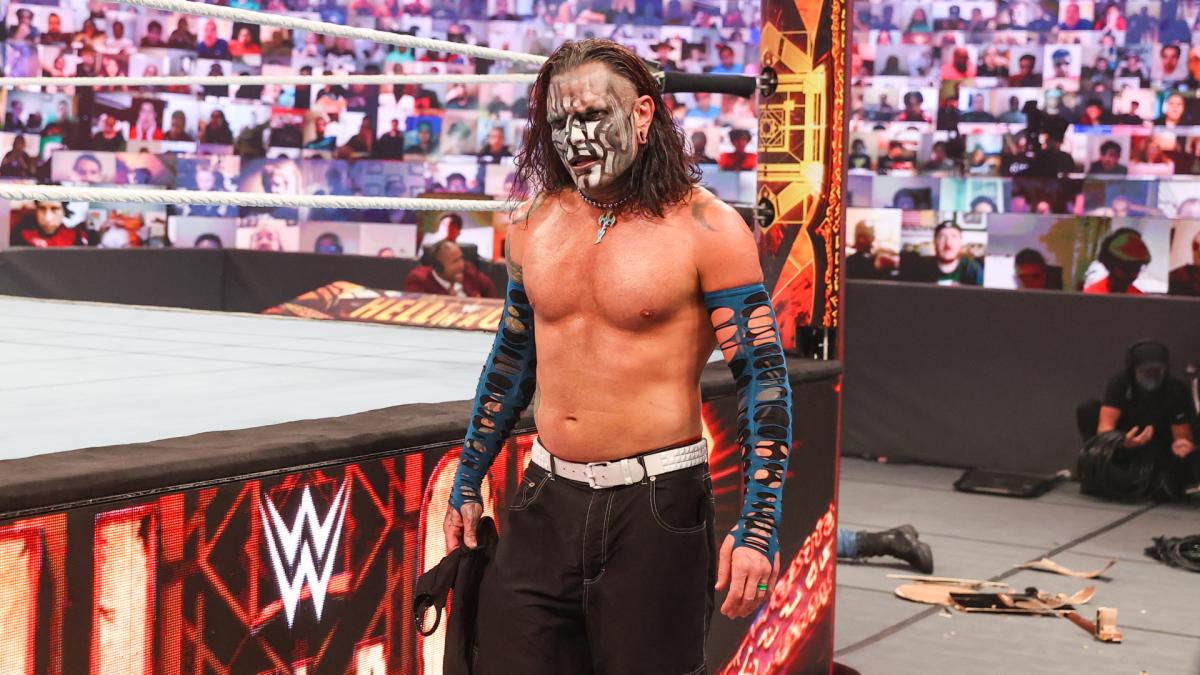 Jeff Hardy walks away from the aftermath of getting disqualified. Photo courtesy of WWE.com

Cesaro (Claudio Castagnoli) was another former WWE talent who Khan was asked about and may have his eye on as well.

“I have to say I met him many years ago and he’s a real gentleman. I have a ton of respect for him as a pro wrestler. I think he’s a great athlete. He’s a phenomenal athlete and let’s be honest, his strength is tip top and he has very few peers in the power department. He’s got great psychology and just a great guy. It is something I would be open to,” said Khan not revealing if he has already spoken to Cesaro or not.

Khan did say that AEW is creating a Trios Championship but is waiting for Kenny Omega to return to AEW before heading down that road. Omega is currently taking some time away from AEW, dealing with some nagging injuries, after holding the AEW World Championship for 346 days before losing it to “Hangman” Adam Page in December of last year at the Winter is Coming event.

With Rhodes to the Top debuting on HBO Max recently and AEW working closely with WarnerMedia, many fans have wondered if it is just a matter of time before an AEW streaming service or AEW content appears on HBO Max in the very near future. Khan wouldn’t show his hand but indicated that WarnerMedia would be their partner moving ahead with a streaming endevour.

“It is absolutely something that we’re looking to do. I can’t say much more about it right now but absolutely. We work with one of the greatest tech companies and one of the greatest content companies in the world with WarnerMedia and they’re constantly growing their library. There will be great opportunities for us working together and I think it would be very good for the fans and for the younger fanbase as streaming is more a part of their lives and how they interact with content. It makes a lot of sense,” he explained.

As he has done in the media the last week or so, Khan teased a big announcement coming up on tonight’s episode of Dynamite, the “go-home” show for the Revolution event this Sunday night.

“I probably don’t want to say too much more before we go live on TBS tonight. I do think it’s a major announcement. I think it will affect pro wrestling and I think it’s going to be awesome news for the fans and a lot of the wrestlers and I’m really looking forward to it. To be able to give that message to our fans on Dynamite tonight is a great pleasure,” he said not giving any clues as to what the announcement may very well be.