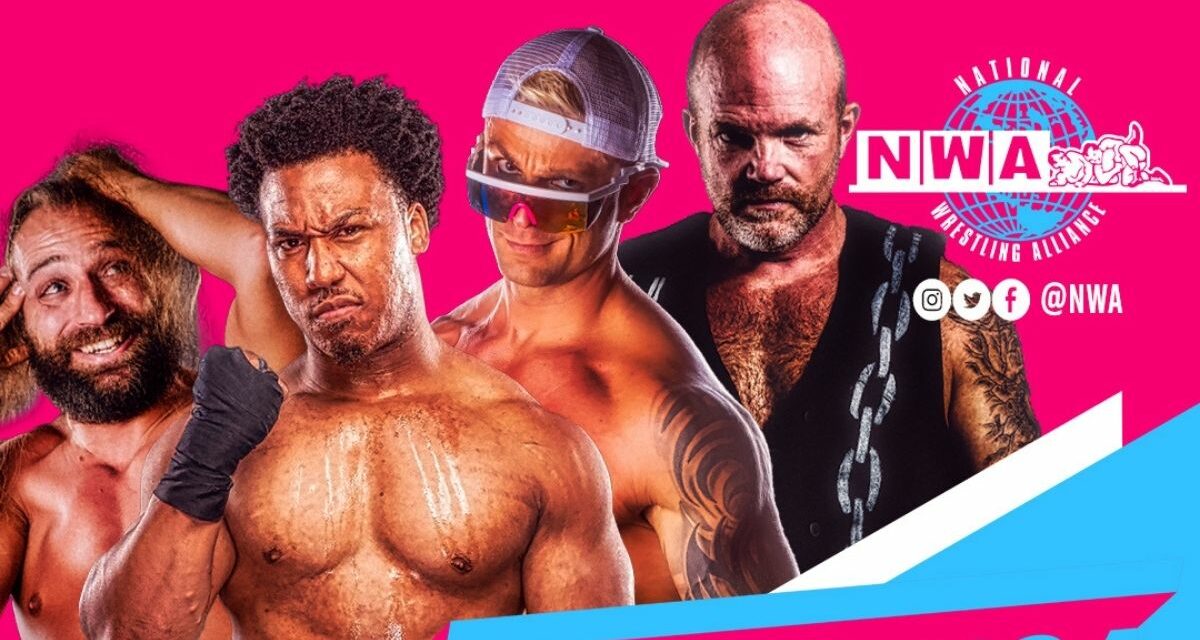 We’re back with NWA USA, the weekly YouTube show. It’s definitely a well-structured program, rewarding week to week viewing but never inaccessible to a newbie.Now

that NWA USA has some backstory, there is a proper opening showing some past highlights, black and white and then in color. Cool stuff.

Joe Galli opens and introduces Austin Idol and Velvet Sky. Galli plugs the show, including Chris Adonis facing Marshe’ Rockett, which is odd, since all the promos have Adonis against Fable Jake.

In the opener, it’s a fairly straightforward bout, except for the wackiness of Sal Rinauro and his mental breakdown. He started the match in the corner, shaking and in his own head, before exploding out. He also gets thrown around a bit by a double teaming Anderson and Spade — until they fell out. Velvet calls Sal “a vicious wild animal.” Spade pins Sal at the end, a good showing.

At stake in the bout is that the winner will be in the #1 contender to the NWA World Junior Heavyweight champion … when that winner is crowned.

Up next was another May Valentine attempt to interview Natalia Markova. It’s fairly obvious that they are building to something, like a match, which would be unique since Valentine does have a little wrestling background, but has not shown that side of her in NWA.

The NWA All Access pass was promoted, and then a video celebrating Mickie James and Nick Aldis, promoting Legacy Sports Nutrition.

Kyle Davis interviews NWA Women’s champion Kamille and Thom Latimer of Strictly Business. She addresses Markova nearly hitting her with a chair last week. Latimer defends his pal Adonis, and doesn’t want him wrestling Rockett. Tim Storm comes out to force Adonis to face Fable Jake, and Raven appears to come out as a spokesperson for Rockett, and agrees to a non-title bout against Adonis. Storm and Raven argue, as Storm thinks that Raven wants his job. Then women’s legend Madusa comes out and announces she is co-managing director of NWA USA.

The desk wonders about the beef between Raven and Storm, before throwing to the next match. 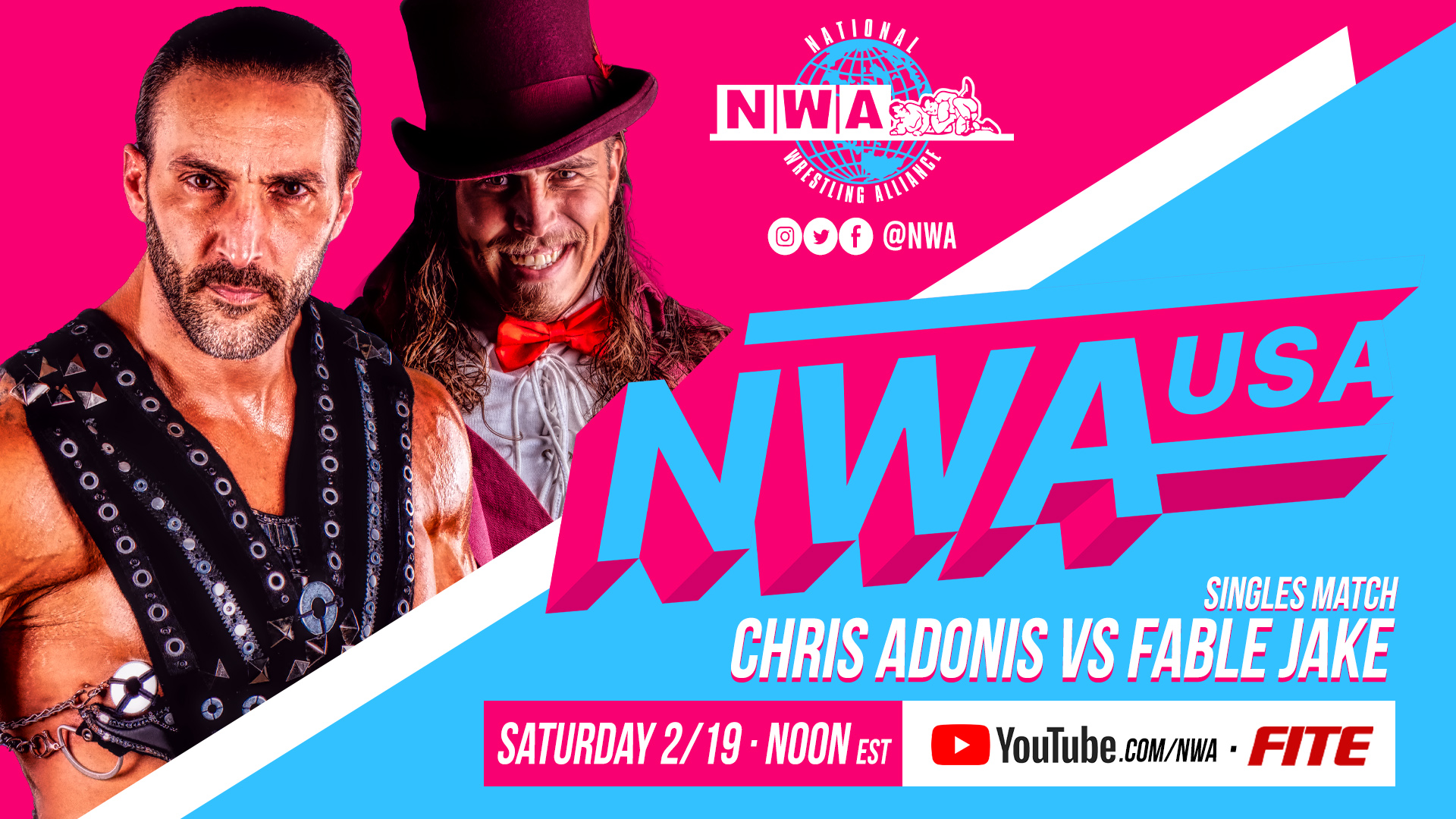 This appears to be a mismatch, as the National champion finally wrestles on the show, which is supposed to be the spotlight program for the title. In case you’re wondering, Fable Jake apparently grew up in the circus. Jake got a little offence, but misses a leap from the corner, and Adonis syncs in the Masterlock.

Black Jeez and Marshe’ Rockett come out, along with Storm, just before they break for an ad, promoting the Crockett Cup pay-per-view and sales of NWA World title replicas, plus a preview of NWA Powerrr.

It turns out there’s a non-title bout between Rockett and Adonis, ordered by Storm. If only Galli hadn’t ruined that surprise at the beginning. If Rockett wins, he gets a title shot.

Rockett and Adonis are a good sized match-up, and Rockett shows some good fire, and strength. An attempt to drive Adonis into the ringpost outside the ring backfires for Rockett, and Adonis takes over. Fortunately, as Idol says, “The Rockett Man can take pain.” A miss with the Rockett kick allows Adonis to go for the Masterlock, which Rockett reverses … until Adonis hits a low blow, and then really does get the Masterlock for the win. Show ends with Adonis and his title belt.

Fresh faces matter, and that is certainly “That Dude” Jamie Stanley and J. Spade. Chris Adonis is a great arrogant heel and Rockett is another face that hasn’t been really spotlighted nationally. The NWA USA shows always fly by.