Rowell’s book on ‘The Sheik’ is a friend’s remembrance 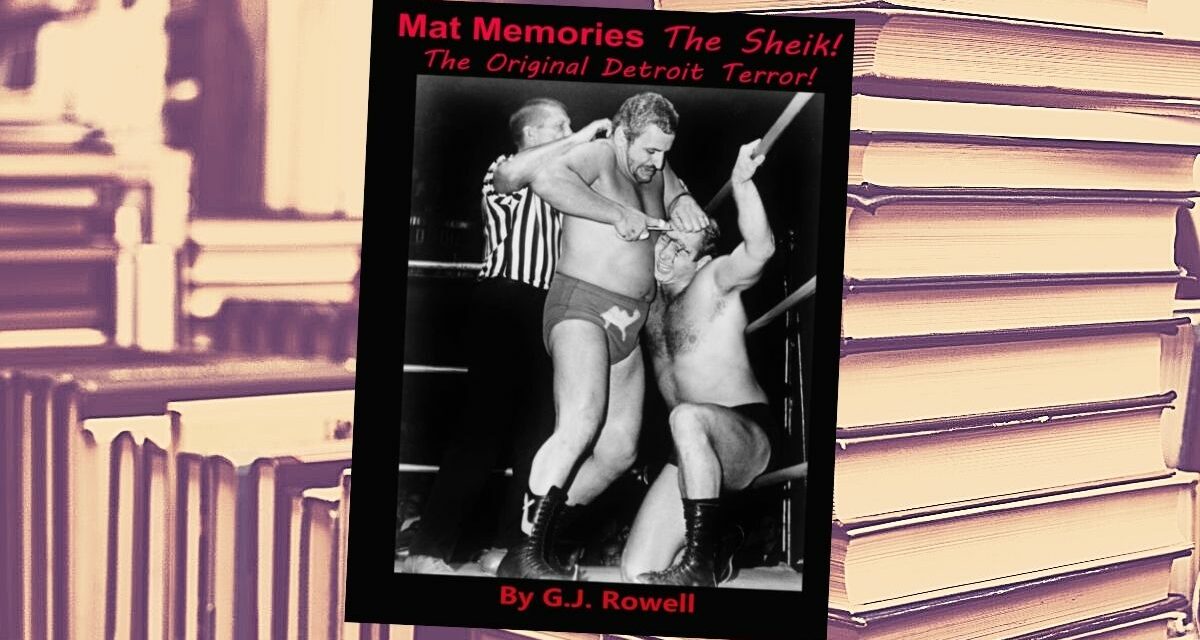 Gary “G.J.” Rowell has an interesting library of wrestling books out. The latest, Mat Memories: The Sheik! The Original Detroit Terror, is a very quick read at 32 pages and nearly 100 photos (look for the one with The Sheik and Muhammad Ali), images, newspaper articles and the like.

Rowell has several books under the “Mat Memories” umbrella, From 1960 to IWE, and Leaping Larry Chene are out now, and A Legend in my own Mind arrives later this year.

The back cover of the paperback tome reads, “I’d like to point out that this is NOT a biography of the exalted one — Edward Farhat — known throughout the civilized world as The Sheik — the Original Detroit Terror!” It is, in fact, a brief look at the author’s interactions with The Sheik during his personal journal with the world of professional wrestling.

Rowell writes about taking pictures of the icon, visiting him in his Williamston, Michigan, mansion for a Big Time Wrestling job opportunity, or for “being banned from ringside.”

The author digs deep to find Farhat’s 1947 debut and various incarnations before becoming one of the sports’ most infamous personalities.

There’s a cool story about how Rowell was offered a job with Big Time Wrestling (The Sheik’s business card also boasted “Big Time Country Music”), but the part-time writer and photographer decided to stay with his full-time job as a police officer.

The book has quick reminders of The Sheik’s battles with Buddy Rogers, Pedro Morales, Andre the Giant, Bruno Sammartino and more.

Great photos of The Sheik’s battles with Dory Funk, Jr. and Giant Baba also highlight the piece, which is just like an informal visit with a friend, reminiscing about a grand time in his life.

At $7.50 each, Rowell’s magazine-sized books are reminders of a bygone wrestling era. It was when a legend like The Sheik was taken as seriously as any athlete, or maniacal mad man.

The book ends with pictures by Mike Shields showcasing The Sheik alongside a camel in Tennessee basement. That’s worth the price of the tome in of itself.

Mat Memories: The Sheik! The Original Detroit Terror is available for purchase via Amazon.

EDITOR’S NOTE: A full biography on Ed Farhat, The Sheik, Blood and Fire: The Unbelievable Real-Life Story of Wrestling’s Original Sheik, is coming from ECW Press this spring, written by Brian R. Solomon.