Jaime Hernandez shows love for wrestling in ‘Queen of the Ring’ 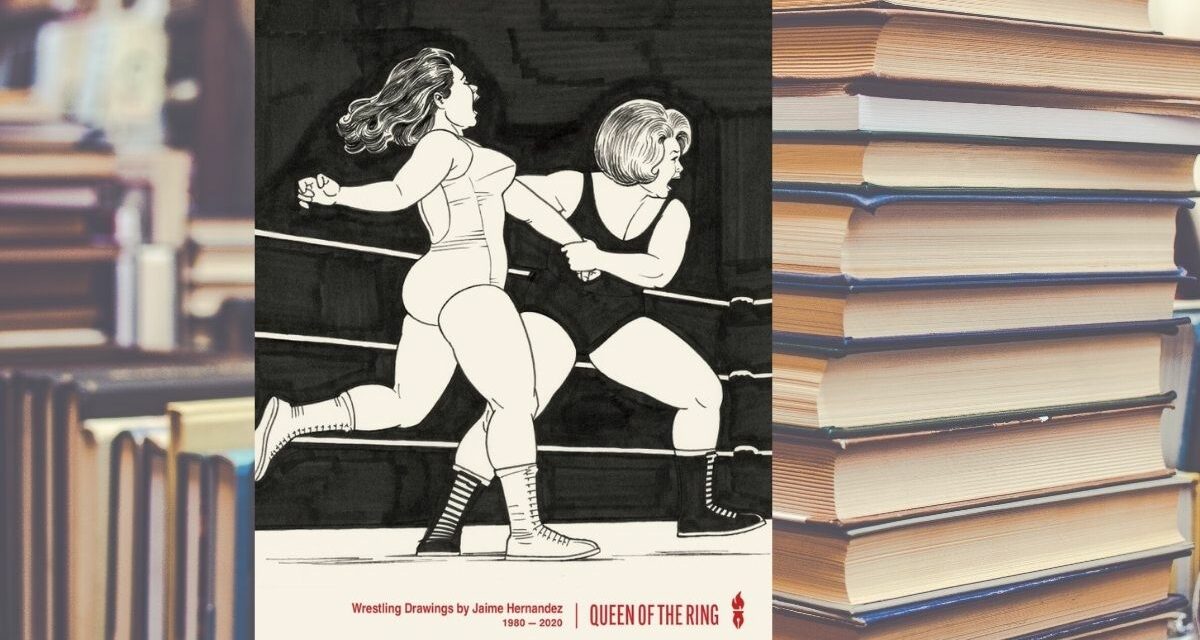 In flea markets and antique malls everywhere, you’ll find stacks of old wrestling magazines with creased covers adorned with the visages of men and women (but mostly men) in expressions of pain, pride and joy. Sweaty faces, made-up faces, bloody faces. You may recognize many of these figures, depending on your age and/or general knowledge of the history of professional wrestling, but even if you don’t, there’s something universal about the appearance of the men and women in these magazines. There’s certain tropes that speak to and connect with specific regions and/or time periods in professional wrestling history, and it’s these magazines and tropes that Jaime Hernandez, co-creator of the beloved comic book series Love and Rockets, mined for inspiration in the creation of his 2021 book Queen of the Ring: Wrestling Drawings by Jaime Hernandez 1980-2020 (Fantagraphics).

Readers familiar with Hernandez’s previous work in Love and Rockets, which is now celebrating its 40th anniversary, should already have a sense of Hernandez’s appreciation for professional wrestling, most notably perhaps in the comic book/graphic “novelette” “Whoa Nellie!,” which was collected in Penny Century: A Love and Rockets Book (Fantagraphics), but even though Queen of the Ring is chock full of Hernandez’s unmistakable drawings, this is not a Love and Rockets book, and you don’t have to know one to enjoy the other. Queen of the Ring is not a comic book. This book doesn’t feature a linear, chronological narrative. There are no dialogue bubbles. This is, essentially, an art book, with a concise but enjoyable interview with Hernandez conservatively divided among the pages.

But that doesn’t mean that it doesn’t tell a story. Queen of the Ring tells the story (or stories) of the careers of numerous fictional professional wrestlers, all women, created by Hernandez, and told through 40 years of his drawings, as if this were a scrapbook composed of one adoring fan’s magazine clippings. Central to the story, and the primary focus of Hernandez’s drawings in his book, if there is one, is Bettie Rey, who readers of Love and Rockets may recognize as similar in appearance to Hernandez’s frequent Love and Rockets protagonist Maggie, “because Maggie is the universal face that my hand draws,” Hernandez says, “which means that my ‘perfect’ drawing is a Maggie drawing.” 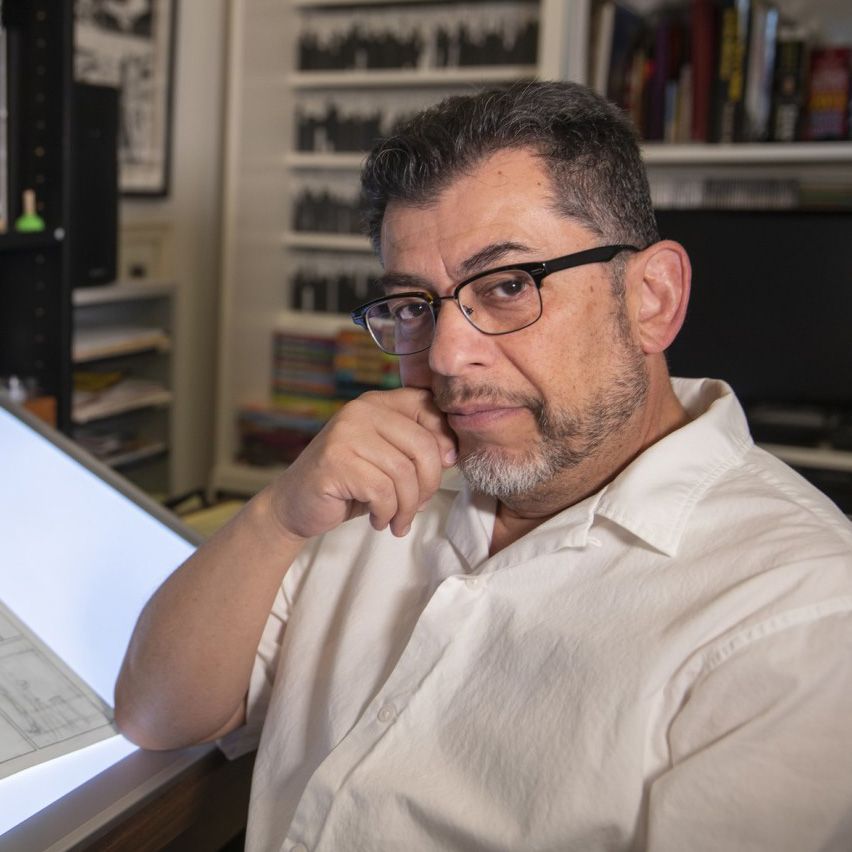 But it’s important that readers of Queen of the Ring don’t get too hung up on continuity. Hernandez states early on, “the images in this book are interchangeable. Bettie Rey is three different people, and returns to her original form once in a while.” However, that should be easy for fans of professional wrestling to comprehend.

Gimmicks change with the times, even if it just means bleaching your hair blond, and during the times of territorial pro-wrestling, in which the drawings in this book theoretically take place. Gimmicks changed based upon which city the wrestler was booked, so another one of Hernandez’s characters K.C. Perez switches between Kitty Perez and Killer Cat Perez, depending on where she’s wrestling. There is little-to-no dialogue between characters in Queen of the Ring, and there is no traditional narrative, the book is comprised of Hernandez’s drawings, and an interview with the writer/illustrator which provides insight into his inspiration for the drawings and his creative process, so what story there is to be interpreted is moved along by the headlines taken from these fictional magazines.

For example, “Diary of a Girl Champion: Rose Rivera’s Incredible Road to Wrestling Glory,” is the text over Hernandez’s drawing of a seemingly exhausted wrestler sprawled in the corner of the ring. And “Pantera vs Vampira” is all the text needed as one wrestler is drawn biting the bleeding head of another wrestler who looks to be screaming in pain while a clueless referee helplessly looks on.

Within the first pages of Queen of the Ring, Hernandez refers to these images in this book as “my secret little drawings that no one but me was allowed to see,” and the editor of this collection, Katie Skelly, states in a very brief introduction that the drawings included “range from completed color pieces to sketches in progress,” but what results is an overall feeling of intimacy throughout the collection. Hernandez had no intention of sharing or publishing these drawings while he was creating them, they were for his eyes only, but now he’s shared them with us, and whether you’re a fan of Love and Rockets or a fan of professional wrestling (and professional wrestling art), Queen of the Ring: Wrestling Drawings by Jaime Hernandez will make for a one-of-a-kind addition to your collection.

EDITOR’S NOTE: We incorrectly spelled the name of Jaime Hernandez in the original publication of this story.