Mat Matters: When will the WWE superstars stand up for themselves? 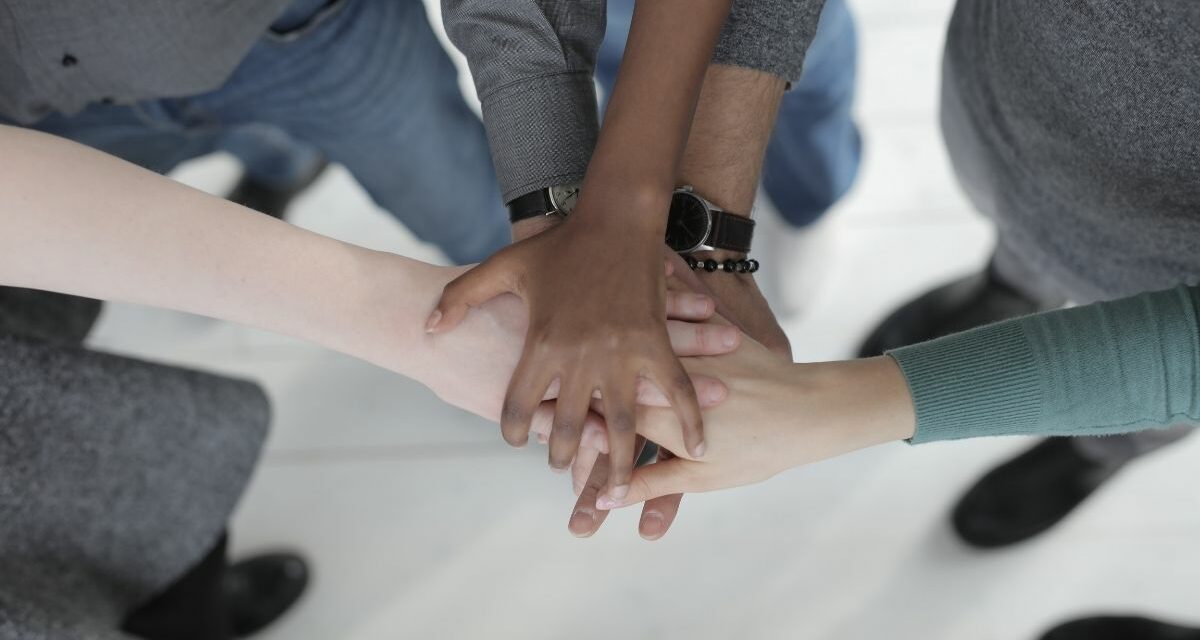 At first, it was shocking.

Then, it was just sad.

Now, it is just pissing people off.

The WWE has laid off close to 100 employees since last year with some important NXT cuts made last week. Although many fan favorites have been sent packing in that time it seems the final straw for most folks was the firing of wrestling legend William Regal, who was the heart of NXT and Director of Talent Development and Head of Global Recruiting. That exit alone has many fuming.

While Regal’s termination was stunning, like other valuable, experienced and skilled former WWE employees, he will probably land elsewhere and be treated better as the WWE cuts continue to strengthen its competition. All the while the WWE continues to rake in record profits at the expense of the quality of its product and its brand.

It is a “not seeing the forest for the trees” deal or perhaps “cutting off one’s nose to spite one’s face” situation.

Those who have followed my career here at SlamWrestling.net as a founder, contributor and since we relaunched in 2020, part-owner along with my brothers (as they are more than just friends to me) Greg Oliver and Bob Kapur, know that I have covered reality shows like Survivor and Big Brother Canada and Big Brother USA for just as long as I have reported on pro wrestling. That is far more years than I am willing to admit.

In that time, there have been occasions when the worlds of wrestling and reality shows converge and for me, that is just like the moment when Andrew Garfield, Tobey Maguire and Tom Holland teamed-up in Spider-Man: No Way Home. Like when John Morrison appeared on Survivor or Austin Matelson, a former Big Brother USA houseguest, became AEW’s Luchasaurus. 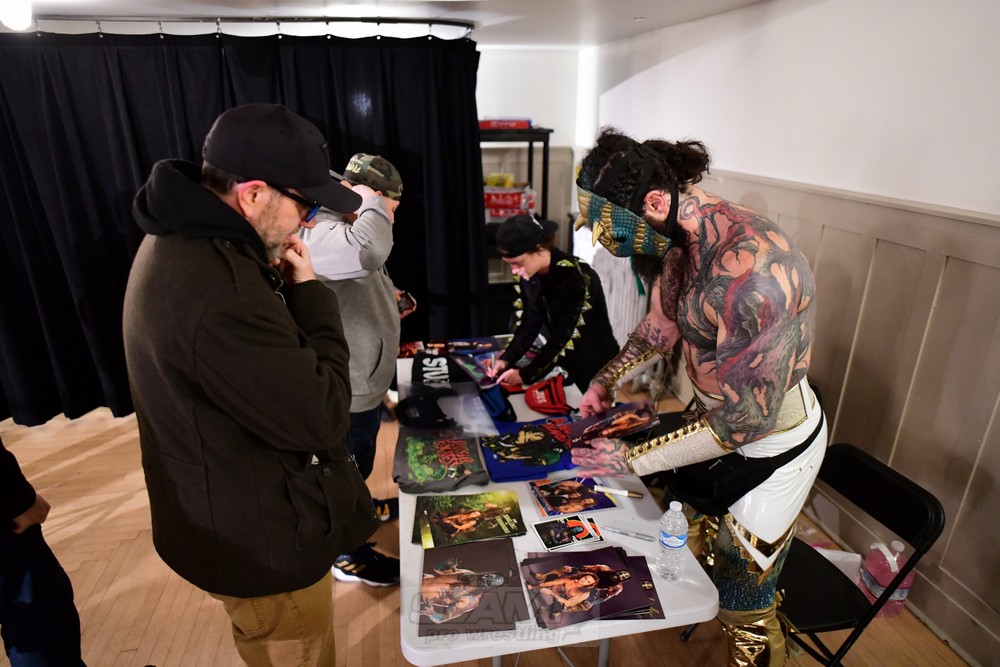 Marko Stunt and Luchasaurus at the gimmick table in DEFY. Photo by Mike Mastrandrea, www.mikemastrandrea.com

As strange or odd as it may sound, the perpetual WWE layoff trend had me thinking back to past seasons of Survivor and Big Brother in which there were housemates and castaways who didn’t appreciate how they were being treated or the environment they found themselves in. Some of those people decided to take matters into their own hands. Not all reacted like Big Brother UK players Brian Belo and Sandy Cumming, who climbed over the wall surrounding the house to escape, and leave the show in such a dramatic fashion. But many realized how much power they really had and stayed to fight production.

You see, what the WWE talent perhaps doesn’t realize is that they have all the power in their hands. Let me explain.

During the first season of Survivor USA, Budweiser sponsored a challenge that offered the winner one beer. You read correctly, ONE cold beer was on offer.

When eventual series winner and master strategist Richard Hatch read the tree mail informing the tribe of the details of the challenge, he conspired with the other players to hold the show hostage by not competing unless the producers offered more than ONE beer as a prize.

Producer Mark Burnett admitted that he wanted to play hardball with the players but since representatives from Budweiser were on the island and he had a production schedule to keep, he relented giving in to the castaways demands. The production crew altered their mess hall into a bar, filled it with crew members and locals for the cameras, gave challenge winner Kelly Wiglesworth an entire dinner… including a Budweiser beer.

Likewise, on the very first season of Big Brother USA, houseguest “Chicken” George Boswell tried to convince the other houseguests to join him on walking out on the show. Some of the houseguests were concerned about how the producers were editing or portraying them on television.

“They need us and what this whole thing comes down to is, if we all walk out as one, we are all winners,” he said to the other houseguests during a house meeting. “What happens if we leave? There is no show.”

For all of his outlandish behavior and shenanigans, Boswell did have an important point. Without the houseguests and their interactions, the producers had nothing to air. Big Brother houseguests can leave the show any time they like. They cannot be forced to stay. If they do leave, though, they forfeit any winnings and their weekly stipend for appearing on the show.

In the end, George and the houseguests decided to stay simply because they needed the money.

Since that time many houseguests and castaways have come to the same realization. They have bargained with production for various things or changes. On Big Brother USA, houseguests have threatened to remain silent, refused to interact, so there would be no usable footage to air unless their demands were met. During one season of Survivor the castaways threatened to walk off the island unless they were given more rice.

Where am I going with this? The WWE superstars are just like Big Brother houseguests or Survivor castaways. They have all the power, especially marque stars like Roman Reigns, Charlotte Flair, etc.

If they wanted change, they could lobby for change. For example, as part of the Working for Workers Act passed here by the Ontario government, non-compete clauses are now illegal. If the WWE superstars wanted to follow the Ontario government’s lead and have that removed from their contracts, they could put pressure on the company to do so in exchange for the superstars appearing at … I don’t know … the Royal Rumble or perhaps even WrestleMania.

Who would attend a WWE event, even a house card, if their favorites or the WWE’s biggest stars were not on the card? Would advertisers want to sponsor such an event? Would the television networks and streaming services who broadcast WWE content around the world be happy if there were a drop in interest, ratings and star power? Not to mention what an absence would do to all the WWE’s storylines and angles.

With all of the firings — and more perhaps on the horizon — you would think the WWE superstars would collectively join together to enact change.

If the WWE superstars cannot get on the same page then perhaps the majority of them can finally come together and form some sort of bargaining unit, even a union, perhaps as … I don’t know … WrestleMania nears. 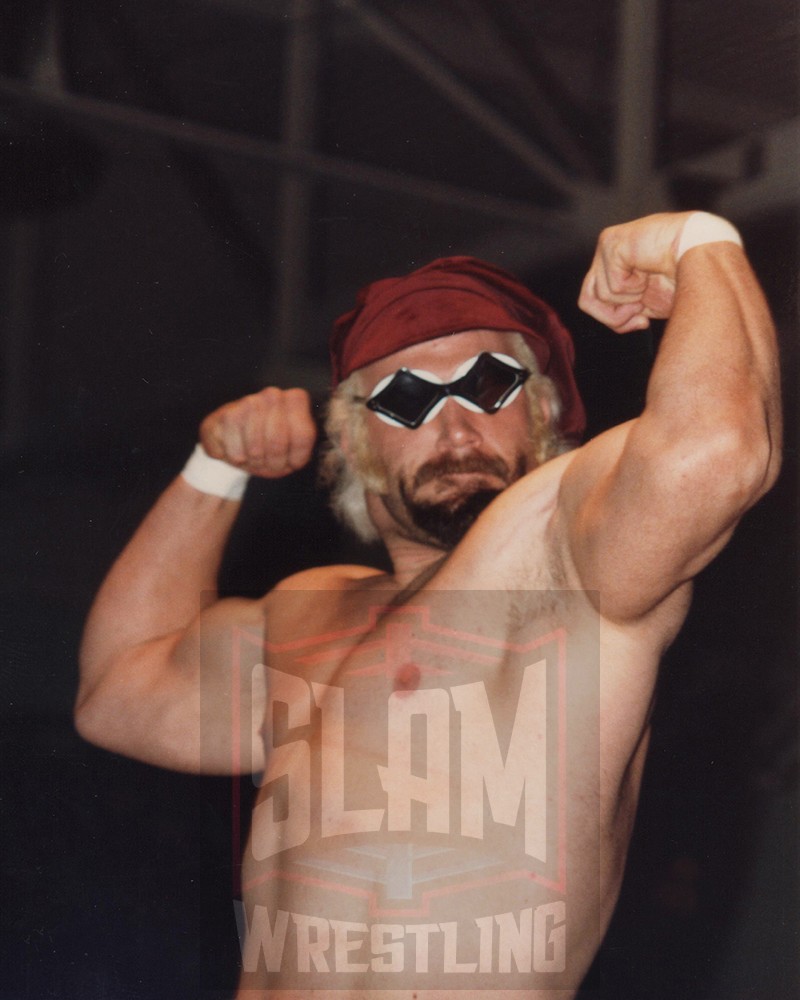 We have all heard the stories of how Jesse Ventura claimed he was almost fired for trying to organize a union. He told the Steve Austin Show podcast, “When I came back, I told Vince point blank, ‘Vince, I won’t ever bring up union again.’ And I said, ‘If these guys are too stupid to fight for their rights, I have my union now. I’m a member of the Screen Actors Guild. I get healthcare, I get retirement, I get everything from them. I’ll pay my union dues [there].’”

It should also be known that Mexican wrestlers have been unionized since the 1950s. What does that say if anything about the American promotions and the wrestlers who work for them?

Speaking of unions, what happened to U.S. politician Andrew Yang and his promises to work with government officials to bring about change for WWE wrestlers?

“This is well past the point that you can make any kind of argument, a dollars and sense cost-based argument about this. At this point it is the McMahon’s hording wealth. They can easily afford to treat the talent in a more fair and legal manner. They just choose not to do so.”

Had a call with the Department of Labor. If you are a current or former @WWE performer who feels you were misclassified as an independent contractor contact @lkmiddleb and let’s get you what Vince owes you. Been a long time coming but this storyline is real.

There hasn’t been a peep since he left the Democrats to form the independent Forward Party, and had a run at being New York City mayor. Perhaps he too discovered that these superstars are just too complacent, maybe he is working on the issue privately or maybe he was just another politician toting around an attaché case full of empty promises.

Whether it is an actual union or just a collective of WWE superstars getting together to protect their own interests after almost 100 of them were fired in one year’s time, the WWE talent need to start realizing there is strength in numbers or maybe Jesse Ventura was right.

How does that saying go?