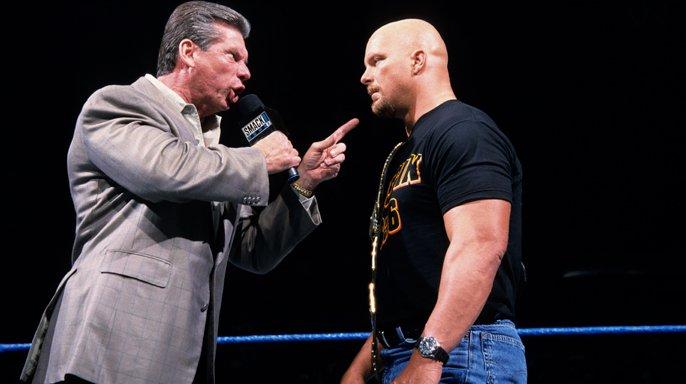 If Democratic presidential nominee Joe Biden wins next month’s election Andrew Yang is warning the WWE that change will be coming…whether they like it or not.

“I am sure we can get there under Joe (Biden) and Kamala (Harris). We are going to get this done. This is no joke,” said Yang on the Talk is Jericho podcast today.

Yang, a former corporate lawyer who ran as a candidate in the 2020 Democratic presidential primaries is now a member of Biden’s small business advisory council.

Yang has laid out a roadmap for how he will take the WWE to task for their business practices, especially the relationship they have with their past and present employees.

“If we win, I am going to be in a position to call up the Secretary of Labor or in this case the National Labor Relations Board and bring suit against the WWE and say…Hey, I think you are misclassifying your employees here. That is more or less the plan,” he told Jericho.

According to Yang, many WWE employees have been in touch granting him their support and assistance.

Yang believes the U.S. government has failed WWE employees and needs to live up to its responsibility which might also extend to taking other sports to task as well.

Jericho revealed his own situation in which he is not compensated for his past WWE work.

“In my opinion, this really has to change. This is no ill-will to the WWE. It is just the way it is. The fact that they can show all of my matches on their network that people pay for and I don’t get a dime of a royalty, it makes no sense! It is not how the normal business, the normal entertainment world works,” he said.

Yang proposed that WWE performers be treated like actors, members of the Screen Actors Guild (SAG).

“This is well past the point that you can make any kind of argument, a dollars and sense cost-based argument about this. At this point it is the McMahon’s hording wealth. They can easily afford to treat the talent in a more fair and legal manner. They just choose not to do so,” Yang concluded.

You can listen to Jericho’s entire interview with Yang here.