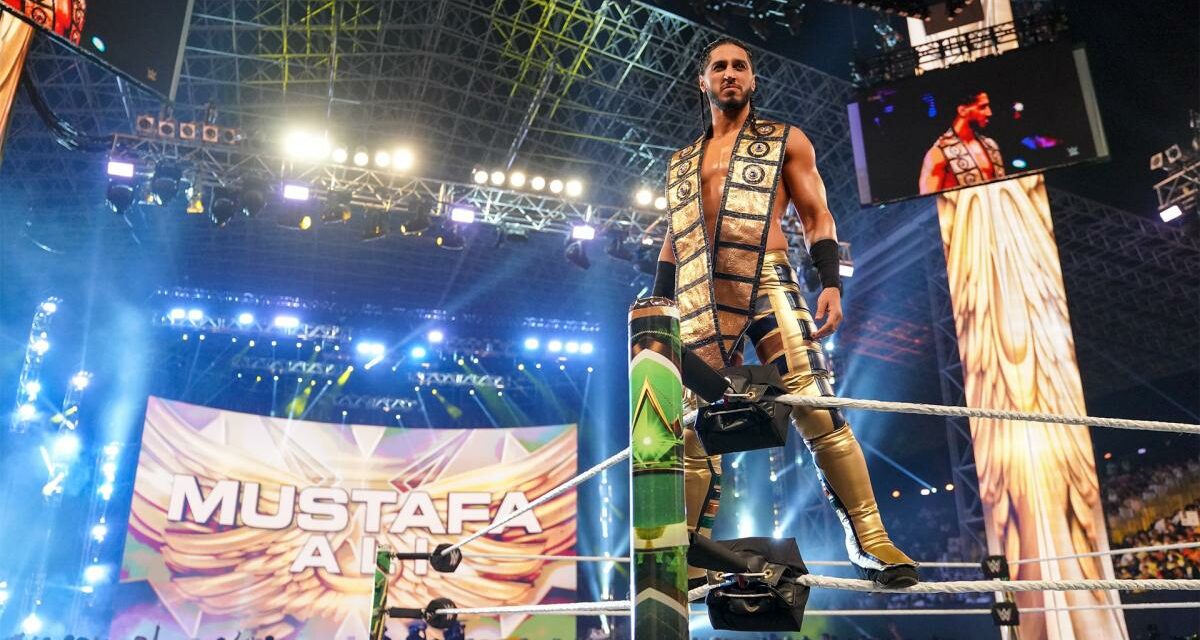 Mustafa Ali tweeted out on Sunday that he wants out of WWE.

I have a message that is much bigger than my dreams in pro wrestling. Despite my best efforts, I will not be able to deliver this message while working with WWE.

Therefore, I am requesting my release from WWE.

i am requesting my release from wwe pic.twitter.com/Q1QP8SA5zV

Word is that part of the reason why Ali is asking to be let go is he had an argument with Vince McMahon himself about an upcoming angle in which Ali would be pushing for a “New America”.

a few weeks ago, i made a statement that some deemed controversial. my intentions were to bring a beautiful vision to life. unfortunately, for reasons beyond my control, i won't be able to make that vision a reality. but i can share with you what could have been. pic.twitter.com/V2bKzYJUrw

Ali is Adeel Alam, and he has always been proud of his Muslim heritage and tried to avoid the stereotypes common in pro wrestling.

“I don’t want people to see a Muslim,” Ali told Sports Illustrated‘s Justin Barrasso in 2019. “I want people to watch and see a human being dealing with fears, dealing with discrimination, and a person chasing a dream and the obstacles that come with them.”

Alam signed with WWE in late 2016, after a few years on Chicago’s independent scene. He’d also been in WWE’s Cruiserweight Classic tournament in mid-2016.

Since shining in the cruiserweight division and being one of the highlights of 205 Live, Mustafa was brought to the main roster on Smackdown. After being off WWE television for seven months Ali was revealed as the leader of the ill-fated Retribution stable. To his credit, Ali did the best with what he was given but Retribution became a laughing stock because of how they were booked.

Ali was later thrust into a mentor angle with Mansoor which culminated in a match at Crown Jewel. Ali lost the match and was kicked into oblivion by karate silver medalist Tareg Hamedi when he attacked Mansoor after the match.

Ali has been a great brand ambassador for the WWE during his time with the company reaching to fans through social media. In 2019, a parent sent him a message because his son wanted to dress up as him for Halloween but Ali’s gear wasn’t available for purchase. Ali himself sent the young fan everything he needed and more.

Man, @WWEShop hasn't made something yet. But we can't leave little man hanging like that. Can you send an email to the address in my profile and I'll see what I can do about making him his own custom one. https://t.co/YLdS18EiHt

Little man wanted to dress up like me for Halloween. Parents couldn’t find an Ali costume, so I had to send him one. Enjoy the gift, Noah! https://t.co/uD1y8d3Rn0

Ali was formerly a Chicago police officer. In an ESPN interview in 2018 he spoke about balancing the life of a young father, police officer and indie wrestler.

“There were days I’d wrestle at 9 o’clock and afterward I often didn’t shower and would just throw on sweatpants. I had my police gear in the car and would rush to get to the station by 10:30, clean myself off as best I could and be ready for my shift by 10:59,” he said.