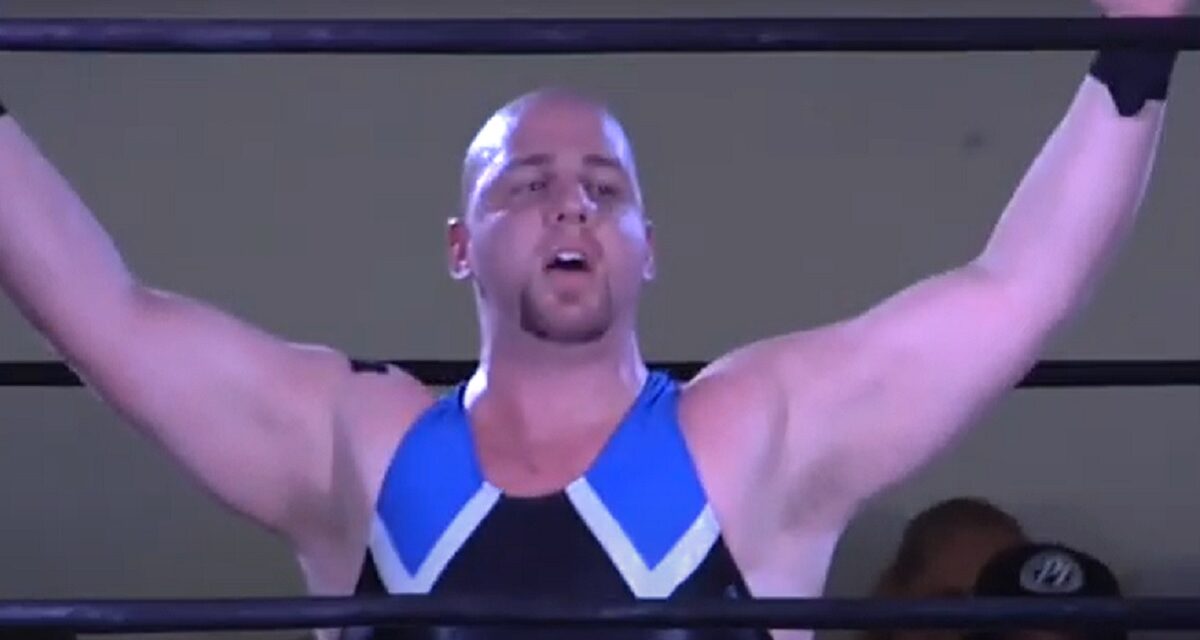 As a child growing up in Kitchener, Ontario, Brandon Jacobs watched wrestling on TV, dreaming of one day being on TV himself, performing in the ring for fans around the world like his hero, “The British Bulldog” Davey Boy Smith.

Years later, Jacobs (real name Brandon Recchia) was performing on the independent circuit and trying to make a name for himself in hopes to one day compete for WWE. On December 11, 2021, his dream was cut short when he passed away at the age of 34 shortly after being diagnosed with cancer.

“He was a wrestling fan as far back as I can remember,” his sister Melissa Recchia shared with SlamWrestling.net. “Even as young as two years old, he would watch Saturday Night’s Main Event with me and our father (Dan) and cheer for his favorites. He could name all the wrestling moves off by heart, and do play-by-play by the time he was five.”

For Brandon, wrestling was a constant, even during playtime, she said. “Whether we were wrestling each other, or making Barbie marry Hulk Hogan, there was always some kind of wrestling element to it. One month, we only talked to each other in our best Paul Bearer voice.”

They would also attend wrestling shows together, and his love for wrestling even became a running joke between the two that would help solidify their brother-sister bond.

As he got older, Brandon played hockey and lacrosse, but his love of wrestling actually grew. In 2015, he decided to turn his childhood dreams into a reality, starting training at the CrossBody Wrestling Academy in his hometown.

From there, he became a regular in the PWA Wrestling promotion, now called 365 Pro Wrestling. It was there that he met someone who would end up being one of his closest friends, Dan Pizzano, who wrestles as Reverso. 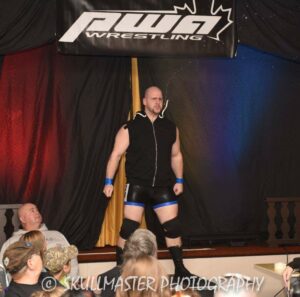 Brandon Jacobs at a PWA show. Photo by Skullmaster Photography

“We became friends when I first started coming up to Pro Wrestling 365,” Pizzano said, “I stayed at Brandon’s house, and we would watch WWE and sports highlights (every night after a show). It became a regular occurrence over the years. Lots of other (out-of-town) wrestlers would stay there too while they were gaining experience (on the local independent circuit) before going on to other ventures. We eventually grew closer not only because of our love of wrestling. But also because Brandon was someone of strong, moral fiber that – despite putting up a tough exterior – was actually one of the kindest and most giving individuals I’ve ever met.”

While some people would balk at having a number of strangers stay over, Jacobs’s mother, Trish – with whom he lived – was very welcoming of the cavalcade of wrestlers who did, according to his sister.

“We all were supportive of him as he pursued his dream,” Melissa said. “Mom went to a couple of shows, but she didn’t like to see people hitting her baby boy.”

Which must have made it interesting when he, using the moniker of “The Nightmare,” started competing in hardcore matches.

“I don’t even know how that came across,” Jacobs told 365 Pro Wrestling Podcast host Manda Cat during an interview this past April. “I think I took a crazy bump once, and somebody had the idea to throw me in these hardcore matches. At first I wasn’t a fan of it, but then (I realized) it kind of makes me an all-around better performer if I can do the hardcore stuff. After the initial matches where I realized that, Oh my God, these weapons actually hurt, I built up a tolerance to it.” 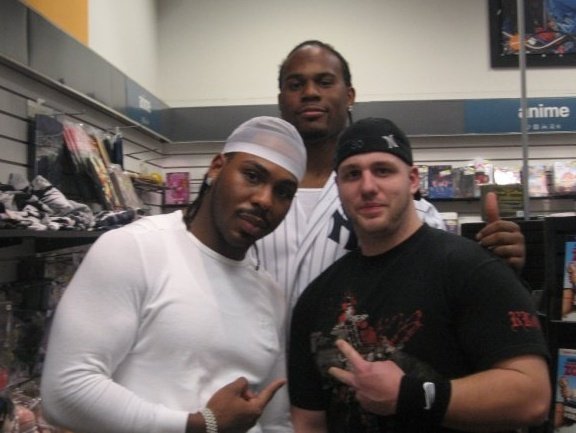 “He wanted to start branching out more and more and learning from new people,” Pizzano confirmed. “He wanted to be in the WWE, and I believe that was his ultimate goal. I know he had started to take lessons with Tyson Dux, and he was planning to come to the Can-Am Wrestling School and train with me – we were supposed to start that as soon as the school opened to new students.”

When Impact Wrestling taped around Toronto, Jacobs would help with the ring crew, and was used as an extra or as security. Just before the global pandemic began, Jacobs had crossed the border with Ontario veteran Buck Gunderson. “He was in my car with me for the promotion that I most regularly worked for in Pennsylvania,” said Gunderson. “As I had just won the title, they had plans for a faction for me and I intended on having Brandon in my car on future trips there and in the faction. I wanted him in my circle.”

Jacobs was diagnosed with cancer on December 2, 2021, and died days later on the 11th. The family is planning a celebration of life for him, but the plans are still to be confirmed in light of Ontario’s new COVID-related restrictions. Those plans have also required 365 Pro Wrestling to postpone a memorial show that had originally been set for late January.

In the meantime, his family and friends did want to share some memories that reflect Jacobs as a wrestler, a fan, and a person. 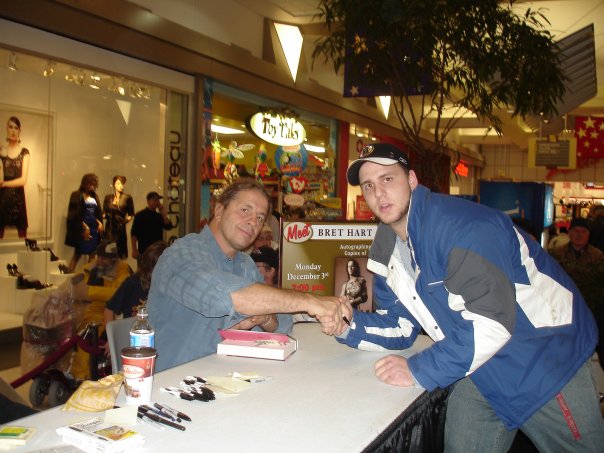 “The first show I went to that Brandon was wrestling on,” Melissa remembered, “he introduced me to everyone – and I mean everyone. Not just the other wrestlers on the card, but the person selling tickets, the person selling food, the people manning the bar, and so on. No one was more important than anyone else in Brandon’s mind. Everyone had a part to play in putting on the show.”

“One of my favorite stories,” said Pizzano, “was a match that I had with Josh Alexander that Brandon had to ref. We were short on referees that night and – like Brandon does – he volunteered to help out the show by reffing. During the match, I accidentally caught Josh with a kick or something, and he got some color. Josh – in character – yelled at Brandon to back off when Brandon tried to check him. After the show, Brandon was nervous that we had awoken a sleeping giant. He told me, ‘Man, I was so scared! I couldn’t tell if he was legitimately mad or just working.’ I said, ‘You were nervous? I’m the one that kicked him!’” 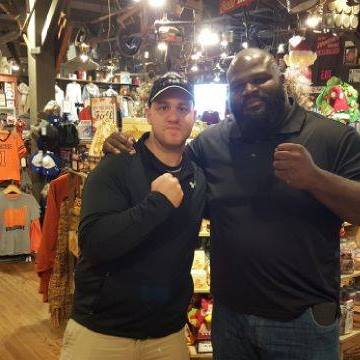 Some scares aside, Jacobs was thrilled to be pursuing his dream, even if his life was cut too short to fully achieve it. Still, he made the best of it that he could, fitting in bookings on evenings and weekends when he wasn’t working security for the City of Kitchener or at one of the city’s hospitals.

“I think that’s what excited him about wrestling,” said Pizzano. “Going to shows was the chance for him to do something and meet new people. Wrestling (allowed him to show off) so many different skills and dimensions that are important to putting on a show. It also opened doors to travel – I know that, thanks to PWA/365, Brandon got to see the west coast recently. And I know that he really appreciated that.” 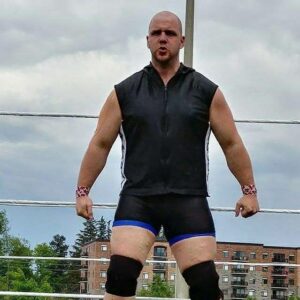 Indeed, if Jacobs had one regret about wrestling, it was that he only got to do it for a few short years. He reflected on that during the 365 Podcast, in which he offered his advice for anyone else who shared his childhood dream.

“I waited until I was 28, and that’s my biggest regret. If you’ve ever had a dream of being a pro wrestler, don’t wait. Find a good wrestling school with good trainers and good teachers and just go out and do it. That’s a good thing to end on, right?”