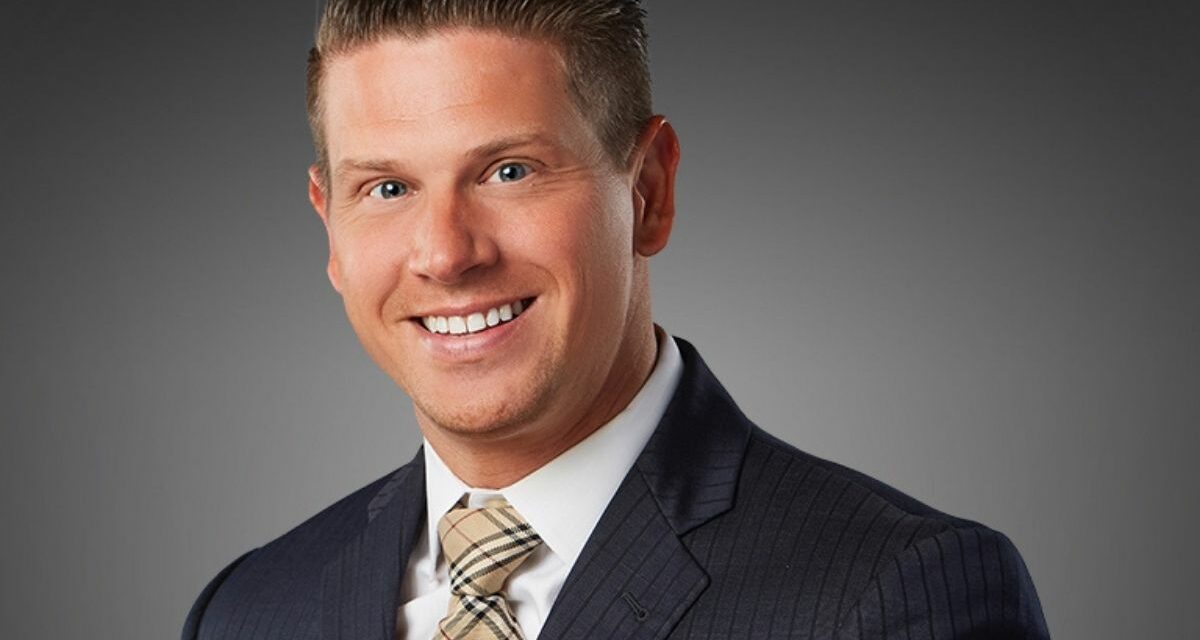 Heading into the 2021 version of Impact Wrestling’s Hard to Kill special, Josh Mathews has a totally different role than a year ago. After the show on January 16, 2021, he stepped away from the announcers’ desk (filling in when needed) to become the show’s producer.

Keith Mitchell had been the long-time producer of Impact, and he’d jumped to AEW, and a variety of people were positioned in the role. Mathews stuck — and he’s loving it.

“I don’t want this to sound wrong or bad, but I love doing the producing just as much, if not more than I enjoyed calling the shows. It’s a different responsibility. It’s a different world. But it’s just as fulfilling and just as gratifying, and I don’t have to worry about going tanning, getting a haircut or putting a suit on before the show,” began Mathews in a wide-ranging interview with SlamWrestling.net.

Mathews said that he lobbied for the job.

“I really pushed to become the producer of the show. When Keith Mitchell left and then ultimately retired, there was a void left in our world,” he explained. “We tried various producers, and all of them had great attributes, and we would sit for weeks after and go, ‘Well, this guy did this thing good, maybe he could have done better at this.’ ‘And this guy was good at this.’ I kept pushing and kept asking Scott D’Amore, ‘Can I just please do this? I think I can do it. I’d like to do it.’ Then it became, ‘Who’s the announcer?’ and kind of figuring that out. And ultimately, I think that we made the right decision, and now I can do this. This is the next chapter of my career.”

So heading into Hard to Kill, Mathews has a lot on his mind, including a match involving his wife, Madison Rayne. She’s teaming with Tenille Dashwood as The Influence, facing the Impact Knockouts Tag Team champions The IInspiration (Cassie Lee and Jessie McKay).

Mathews revealed that he had been training with Rayne on Monday night. “She didn’t have any other options of people to get in the ring with her last night. Yeah, it was kind of a last resort,” he chuckled, confirming that his own in-ring wrestling, at age 41, is behind him.

“Last night, I think she just wanted to — and I don’t want to spoil anything — but I think she wanted to work on some new stuff. And we were looking at some things that, I’ll mention the name Amazing Red, and some of the things that he’s done, and I kind of encouraged her to, ‘You could you try some of this stuff.’ I think some of the things that I was doing and messing around with, maybe kinda, I don’t wanna say sparked, but maybe made her think, ‘Yeah, if he can do this, I can do this.'” he teased. 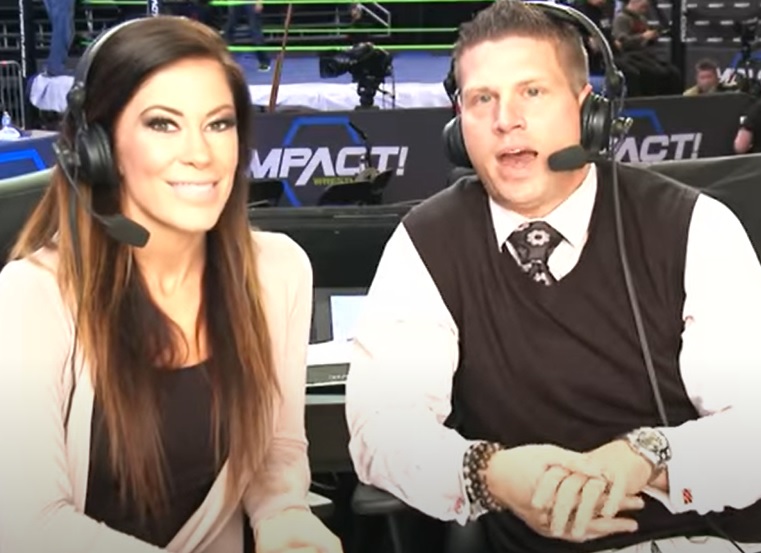 Rayne had been away from the ring for a while, for a variety of reasons, including further pursuing her education. “I can talk about my wife all day long and I’m super proud of her. … I’ve watched her career, obviously from the time we met until obviously today. When I first saw her wrestle at the Manhattan Center in New York, and I fell in love with her to where we are now, but to see the trials and tribulations that she’s gone through. Yeah, Knockout tag team World Championship match on Saturday, against The Iinspiration, I think it’s going to be a great match.”

There are three women’s matches scheduled for Hard to Kill, which is in Dallas, at The Factory. In one, Impact Knockouts champion Mickie James defends against the former champion, Deonna Purrazzo, in a Texas Death match.

Related, but unique, the first-ever Knockouts Ultimate X match guarantees the winner a chance to compete for the Knockouts title. Competing in it are Chelsea Green, Jordynne Grace, Lady Frost, Rachael Ellering, Rosemary and Tasha Steelz

Putting on the producer hat, he stressed how important it was for talent to talk to the producers and agents, and therefore the camera people, about what’s in the works.

“Wrestlers that use all avenues of the production are the ones that are the most successful,” Mathews said.

New gear is a specific example. Mathews was calling the WrestleMania 27 match between Rey Mysterio and Cody Rhodes. It stands out because Mathews is “a comic book nerd” at Mysterio came out in a Captain America-inspired outfit. “My point is that he came to us and talked to us about, ‘I’m wearing this gear, it’s inspired by this character. Can you please talk about that,'” recalled Mathews. “It’s the same thing with gear or new moves or names of moves or anything like that — let everybody know. ‘I’m going to be working on this,’ or, ‘I’m going to hit this.’ Let as many people know as you can.” 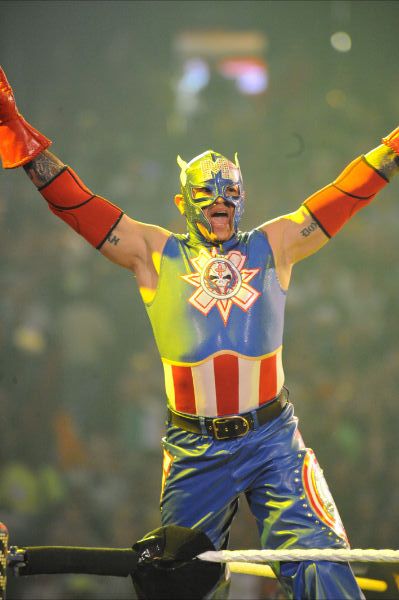 Entrances are another time a wrestler can shine, as can the announcer and the production team.

Hard to Kill has a 10-man Hardcore War bout on the slate, with Eddie Edwards, Rich Swann, Willie Mack, Heath and Rhino versus The Good Brothers (Doc Gallows and Karl Anderson) and Violent By Design (Eric Young, Deaner, and Joe Doering). Mathews was asked to talk about the balance between explaining multiple storylines and feuds compared to the nuttiness of the match.

“This would be like me telling anybody that was calling the show, or first getting into, ‘When do I tell my story?’ You’re going to get multiple entrances. Now, you’re going to get a very long Violent by Design entrance, you’re going to get a Good Brothers entrance that if you let them is going to go on for forever,” he shared. “Those are your chances to tell your stories and unless somebody decides to get at somebody before the bell rings or during the entrance, then that’s when you get a good opportunity to hopefully introduce some new viewers to who the Good Brothers are, or who Violent by Design is and why Eric Young has become as maniacal as he has become. And who Eddie Edwards is, and why he is considered the heart and soul of Impact Wrestling. Use those chances, use that minute, minute and a half, to really let people know who these guys are. And then once it starts, call the car crash.”

Given his role, Mathews can’t do predictions for Hard to Kill, other than the obvious, like in the Hardcore War: “Expect violence in that thing and expect these guys to go out there, and, that many bodies and those athletes and knowing those guys, and the egos and the energy of those guys, they’re all going to want to leave their mark and, hopefully, be the person that everyone’s talking about when the show goes off the air.”

Safety precautions are another part of the producer’s role, though not his responsibility alone. Again, the Hardcore War was the example discussed.

“I think when it comes to those guys, gosh, anything goes. I mean, you’re not going to be able to tell Eric Young, ‘Hey, don’t do this.’ If you tell him, ‘Don’t do this,’ it’s like telling a small child not to touch the stove — he’s going to touch the stove. So I think in instances like that, it’s get out of the way,” he said. “From our production standpoint, we have conversations about, do we tell the cameramen to go outside the guardrail, go into the fans and be safe, be at a safe distance? Those are the conversations that we have. And hopefully those guys, knowing those guys, they’re going in there talking about how much damage can we do? How badly can we hurt Rich Swann? Or who can we take out first in this type of match?” 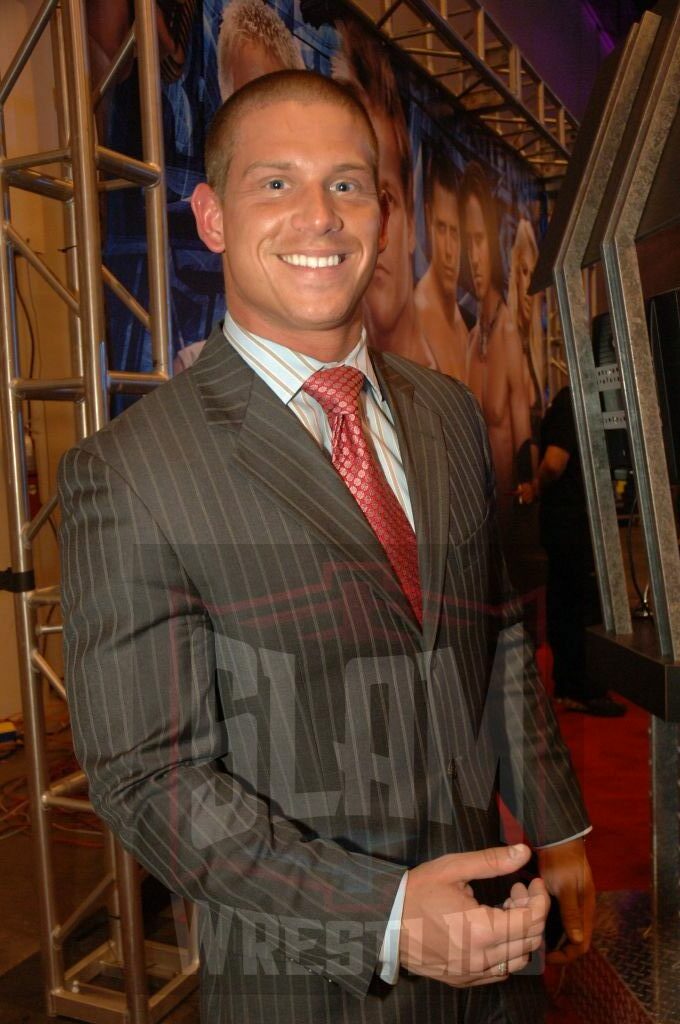 The “Forbidden Door” has been an open door at Impact Wrestling, and Mathews has enjoyed it. There’s a fluidness to pro wrestling outside of WWE, where Rohit Raju can announce that he has left Impact Wrestling, but that doesn’t mean he won’t be back. “Rohit’s going to do his thing for a while, and who knows where he’s going to end up and I wish him nothing but a great success,” said Mathews.

Hard to Kill looked like a primarily Impact-related show, without the many AEW invaders, at least until it was announced that Ring of Honor champion Jonathan Gresham would defend his title on the show against Chris Sabin.

“You look at each opportunity as they come up, right? I was looking at all of our DVD covers last year, and three out of the four had Kenny Omega on the cover. It was an interesting year to say the least,” he said. “And everything that happened with Ring of Honor and them announcing their hiatus until April. We obviously all wish them great luck and hopefully Ring of Honor re-imagined is something that we do see in a few months. But I think to keep that brand alive, and to keep obviously, amazing, talented people like Jonathan Gresham getting an opportunity to come over here, bring that championship over here, is really cool. And Rok-C and the things that have been happening with her and Deonna Purrazzo, I just think that wrestling is in a great place, and it’s an amazing community. And if companies would kind of get out of their own way, and work with each other, like we’ve seen with Impact do, starting with AAA, and then AEW, and then NWA and just everything else that has come up, and never really saying no to an opportunity has really changed the landscape of what wrestling is in 2022.”

While Josh Mathews isn’t being the announcing desk, he will be shaping much of Impact Wrestling in the coming year from the producer’s chair.

It’s evident that he is enjoying working with talent, finding a way to let them shine with more than just words on commentary.

“It’s great to be able to work with younger athletes and talk about like, ‘What can we do? Come to us with these with these crazy ideas,’ and we can go, ‘Okay, well, we can’t do that, but we can do this. We can’t go as far as what you’re saying, but we can we can do this or we can go this direction.’ To watch them, and their eyes get bigger. It’s one thing to have those conversations, and it happened to me recently… to have this conversation about entrances, and then to send them, ‘This is what we came up with, what do you think?’ A few weeks later, and they’re like, ‘Wow, yeah, that’s great!’ That’s fulfilling for me in the role that I’m in now.”