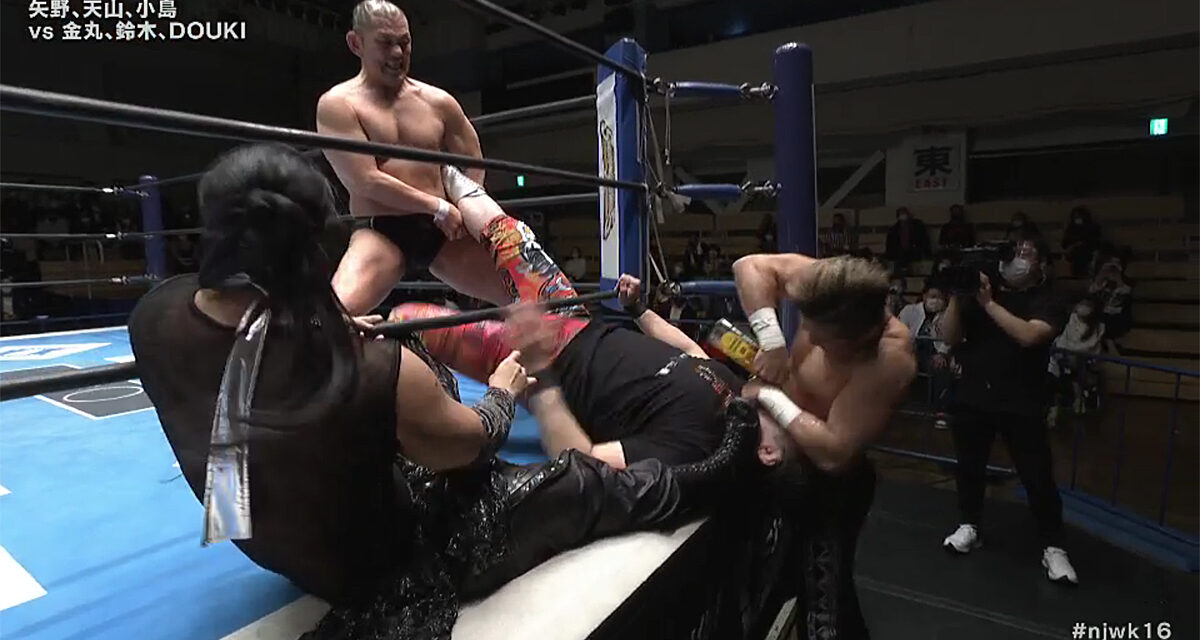 The faces attacked before the bell rang with Yano spraying his sanitizer in Kanemaru’s face and eyes. Kanemaru returned fire on the floor by snatching his whiskey bottle and pouring some in Yano’s eyes and his face.

As Suzuki and Douki held Yano in a submission hold Kanemaru dumped more whiskey on Yano.

Kanemaru would use the whiskey on Kojima later on in the match spitting it into his eyes. Yano tried to stop Kanemaru but was kicked in the “lower abdomen”. Kanemaru pulled Kojima down to the mat drenching him in whiskey and pinning him. Kanemaru took what was left of the bottle and emptied it on Yano.

The entire mess reminds me of a song, an oldie but a goodie.

Yano and Kanemaru will face off in a The End of the Year Party Rules match on December 24th Road to Tokyo Dome show. It will be the last KOPW match of the year and whoever wins will be the 2021 champion. In the match, both wrestlers are required to take a drink at two minute intervals. After beverages have been downed both wrestlers will have to respond to the referee’s 20 count. Should a competitor fail to respond they will lose the match, in addition to victory earned via pinfall, submission, disqualification, etc. 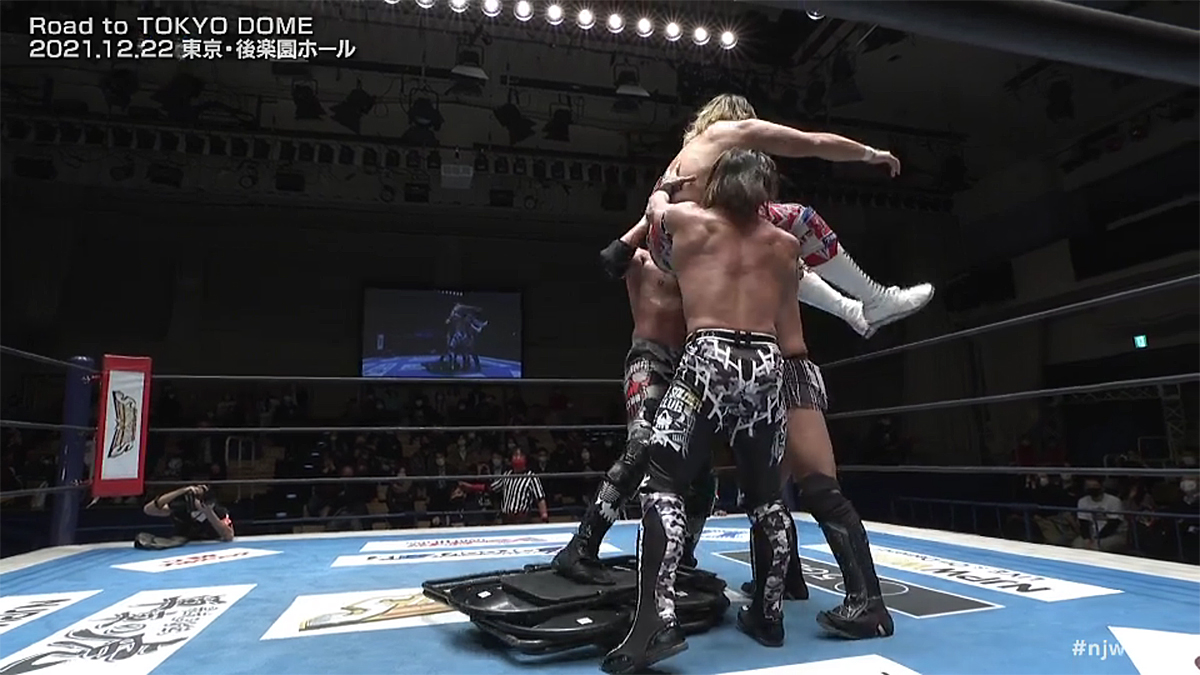 The Ace’s ride is about to be stopped short by steel. Courtesy: NJPW.

Kenta hit Robbie Eagles in the stomach with a steel chair. Phantasmo gave Eagles and Tanahashi his loaded Sudden Death kick. Kenta pinned Tiger Mask with Go To Sleep. Phantasmo clocked Tiger Mask with a Sudden Death kick. The heels then turn their attention to The Ace. They piled up steel chairs in the middle of the ring and triple powerbombed him on that stack of chairs.

Wrestle Kingdom will take place on January 4 and 5, 2022, at the Tokyo Dome, in Tokyo and January 8, at Yokohama Arena in Yokohama, Japan.

The Crowd is really behind the effort these Young Lions make but…Owens wins the match for Bullet Club with the Package Piledriver.

Sho clobbers Honma in the head with his wrench. Yujiro pins him with the Pimp Juice DDT. House of Torture stomps the crap out of Yoh and Ishii after the match. Evil smashes the NEVER Openweight Championship into Ishii’s head.

Bushi eats the pin for LIJ again. Henare puts him away with Streets of Rage.

Shingo pins Taguchi with Last of the Dragon.