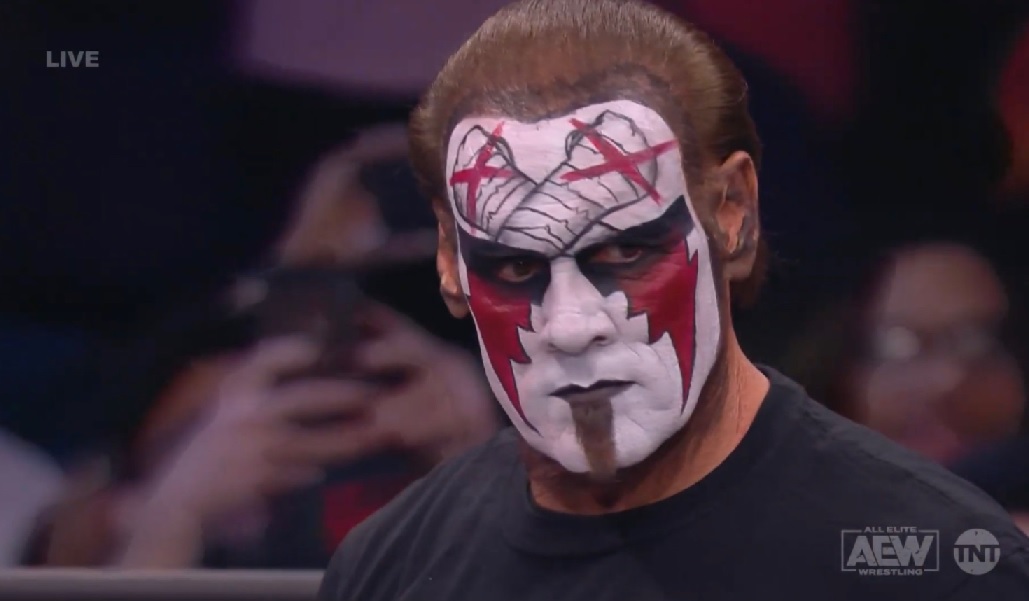 There’s just one question for AEW Dynamite this week, but it’s a big one: What can it do for an encore to last week’s 60-minute spectacle between Hangman Adam Page and Bryan Danielson? Surely, nothing on tonight’s card will be on quite that level, but pro wrestling isn’t about trying to outdo the last show in the exact same way week to week. As proof, tonight’s main event isn’t a singles bout but a six-man tag, which is a whole different animal. Let’s see if it’s different in a good way as we go live on TNT from the famed Greensboro Coliseum.

The announcers do something I like in the opening minute, explaining to any new viewers more about Orange Cassidy’s persona and putting over his technical prowess despite his lackadaisical nature. Remember, every Dynamite is someone’s first. Tony Schiavone also asks the important questions, wondering if Cole should wash his hair, to which Taz replies that Cole is “one of the most handsome men on the AEW roster.” I mean … he’s not wrong. Cole controls the early going, and just when Cassidy starts to get a foothold in the match, the Young Bucks and Brandon Cutler make their way to the ringside area. The Best Friends come to drive off the heels, and Orange plays a little possum until he finds his second wind. Cole rallies to hit the Panama Sunrise, but his arrogant, mocking cover proves to be his undoing as Cassidy kicks out. Cole kicks out from the Beach Break as well, and it’s apparently anyone’s game. Er, match. Here comes Bobby Fish as well, distracting the ref for someone to beat up Cassidy. And by someone, I mean Kyle O’Reilly. Cole wins the match shortly after, and even though he and O’Reilly initially stare each other down, they eventually join with Fish to smack around the Best Friends as the fans start an “Undisputed” chant. The Bucks enter the ring and appear puzzled. O’Reilly and Fish hug and follow Cole out of the ring. Very interesting.

Sporting his Jacksonville Jaguars ugly sweater, Schiavone summons AEW World Heavyweight Champion Hangman Adam Page to the ring. Naturally, Schiavone asks Page about that match last week, noting he thought Hangman would win if the bout was a few minutes longer. Page said that while he retained his belt, he never felt like less of a champion, and only felt disappointment. That brings out Bryan Danielson to say only the fans should be disappointed and that he deserves the title for kicking Page’s ass for 60 minutes. He’s not going to cry or be in his feelings, vowing to win the rematch on Jan. 5. Heel Danielson took a little while to get warmed up, but he’s found his groove in promos now. Danielson wants judges for their next meeting so there’s a winner if they go the distance again. Page digs the idea but says he’s come too far to let old dudes tell him he’s a B+ player. So if the question is whether Page can beat Danielson in less than an hour, the answer is yes.

In the locker room, MJF addresses the Pinnacle but still seems upset with Wardlow. He turns to the camera to address CM Punk, blaming him for driving wedges between people. Dax Harwood gets to talk too.

Hmm, squash match time, I presume? Yes, yes it is. Spears gets in some chair shots after the bell, presumably so he has something to do.

Oh man, I almost forgot about Dan Lambert, or tried to anyway. His beef today is that Scorpio Sky and than Ethan Page are being discriminated against by Tony Khan. Also, he says Cody Rhodes is a bigger dick than he is. I don’t think that’s true. But he expects one of the Men of the Year to be next in line for the TNT Championship.

Dr. Britt Baker is hosting a holiday party, and only her minions and Schiavone are invited. She scoffs at the idea that Riho can take the championship from her.

Rose attacks Soho before the bell, tying her hands in her own jacket. That’s not a great way to start. Rose later attempts to get a chair into play, which backfired when Soho kicks it into her face. Guerrero has more success with her intervention, but Soho manages to kick out despite mounting damage to her left shoulder, which the announcers point out has needed multiple prior operations. Soho finally gives Guerrero what she deserves and kicks out of a Beast Bomb, which gets the fans buzzing a bit. The No Future finds the mark out of nowhere, and it’s enough to get Soho the three count and send her to the final.

Sereena Deeb isn’t done with Hikaru Shida, calling her a cheater and saying she won’t rest until Shida is begging Khan to keep Deeb away. Well then.

Black is one of the few performers that AEW doesn’t really seem sure what to do with. His entrance and gimmick are over with the fans, but he’s been at best a peripheral figure since he arrived. This match doesn’t seem likely to change anything in that respect, though I am here for any Garrison showcase. Alas, it’s not much of one, with Black submitting Garrison fairly quickly with a half crab. More time for the main event, then.

Matt Hardy and Private Party cut a promo on Jurassic Express, thinking that taking out Jungle Boy will knock that team out of its number one contender spot. Christian Cage counters with the idea that Hardy should get his henchmen a limited edition Christmas t-shirt from ShopAEW.com. He always was good at moving that merch.

MJF and FTR vs. Sting, Darby Allin and CM Punk

In a show of solidarity, Sting has Punk’s crossed fists and lightning bolts worked into his facepaint, and Punk has paint of his own and Scorpion pants that looks like old school Sting. Cool. There’s some fun psychology going on between Punk and MJF, and Sting is involved in it as well. Punk ends up pursuing MJF up the stairs to the concourse level, then back down another section as the announcers joke about gassing just watching. Sting gets to run through his traditional offense a bit later, and delivers an accidental headbutt to MJF’s groin that amuses the announce team. MJF hasn’t wrestled much in this match and appears to be hiding as we approach the end of the broadcast. He returns after MJF has done most of the work but learns to his dismay that Sting can still no sell with the best of them. He can also fly to the floor … at age 62! Respect. Punk calls for the GTS on MJF, but Harwood takes the bullet for his team leader, eating a GTS, Scorpion Death Drop and Coffin Drop in rapid succession and getting pinned by Punk.

MJF tries some instant revisionist history by suggesting that Punk was too scared to wrestle him, but that’s all the time we have for this week. Merry Christmas, and see you in seven!

While obviously not as essentially can’t miss as last week’s episode, Dynamite was satisfying and moved along nicely. The Danielson-Page rematch is being well positioned, and a bunch of other feuds are either continuing or coming together, so AEW feels like it’s in a good place as it rolls into 2022.