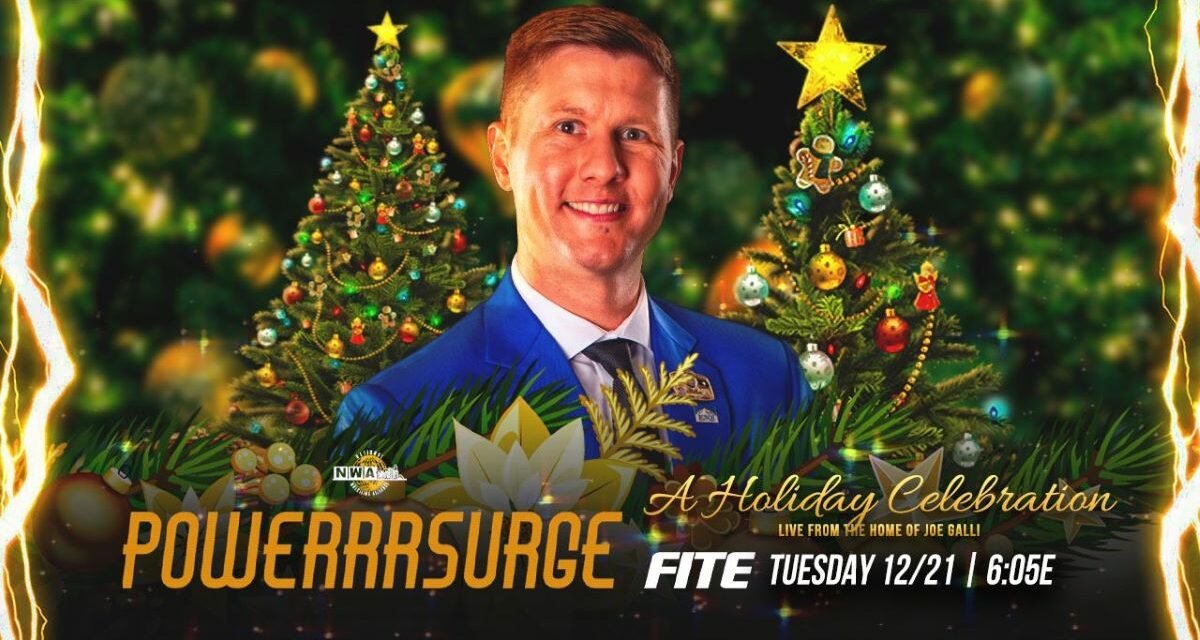 As we wind down for the holidays, The National Wrestling Alliance wants to bring a POWERRR-Surge of holiday cheer.  So we won’t be stepping Into The Fire, but into Joe Galli’s…”home”, which strangely resembles the GPB Studios in Atlanta, GA.

Galli has started into the holiday punch, and his first guest to the “house” knows what time it is…It’s Velvet Time, with Velvet Sky.  Galli asks if he’s big on the feasts like Christmas ham.  But Sky is all about the Christmas cookies, ‘because she likes the sweets. Speaking of sweet, here is a sweet First Match of the night… 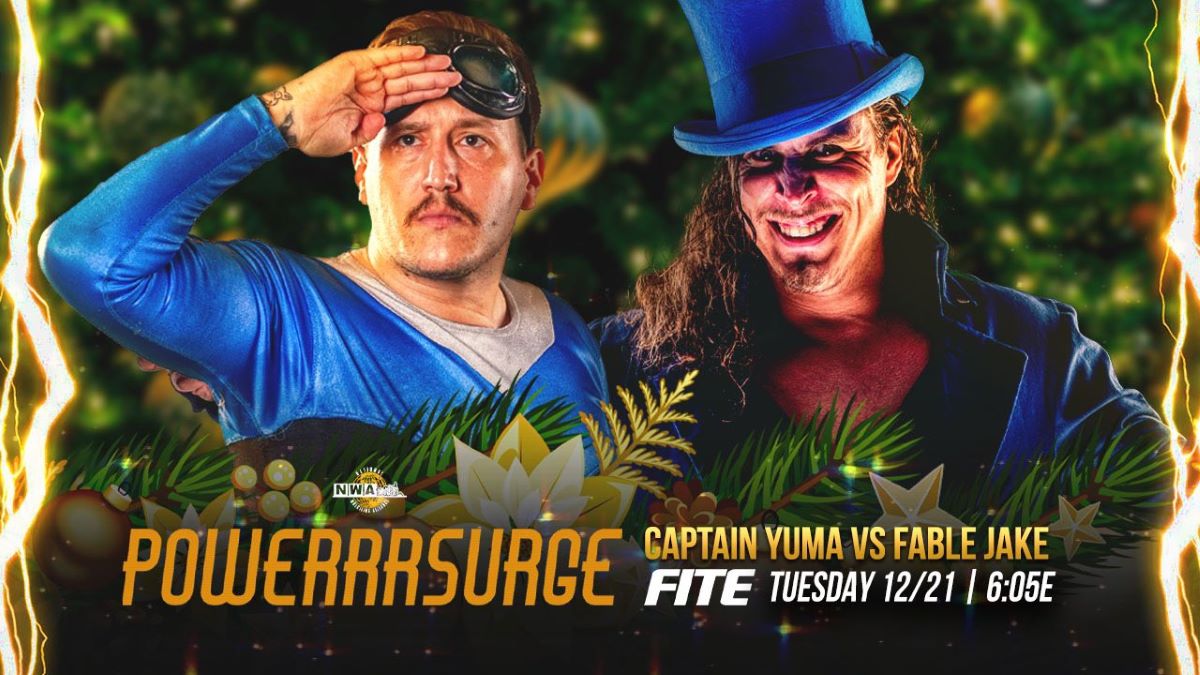 First of all, kudos to the production crew putting the Wrestlers name in Ye Olde English font for the introductions.  This is the first time Fable Jake is in the NWA, and this match is quickly becoming a classic size versus …errr, YUMA power, let’s call it?  In Any case, the fans are solidly behind YUMA, but Jake is too much as he reverses YUMA’s monkey flip to a vertical delayed suplex to cover for a two count.  Jake looks impressive going against YUMA, with a rising knee strike to Jake covers for another two count.  Jake shoots YUMA to the ropes the Captain gets a DDT, but can’t quite capitalize.  Jake gets YUMA in a clumsy looking powerslam to pin for one, two…oh, so close.  But the Captain overcomes Fable Jake with a head spike to cover for the pin, and the win.

Your Winner via Pinfall:  Captain YUMA

We go back to the Christmas party at Casa de Galli, and who should appear but Tim Storm.  Mama Storm is doing well, but cutting down on the cookies this year.  Galli, starting to slur a bit, asks what everyone’s favorite Christmas movie.   Storm’s is Die Hard (yay!), Galli is all about Christmas Vacation (boo!), and Sky likes A Christmas Story (meh).

(Author’s Christmas Cinematic Note:  While they are all fine non-traditional holiday movies, with the exception of Christmas Vacation, I recommend for anyone to include Kiss Kiss, Bang Bang, Iron Man 3, and Bad Santa on the holiday viewing list…when the kids are fast asleep.) 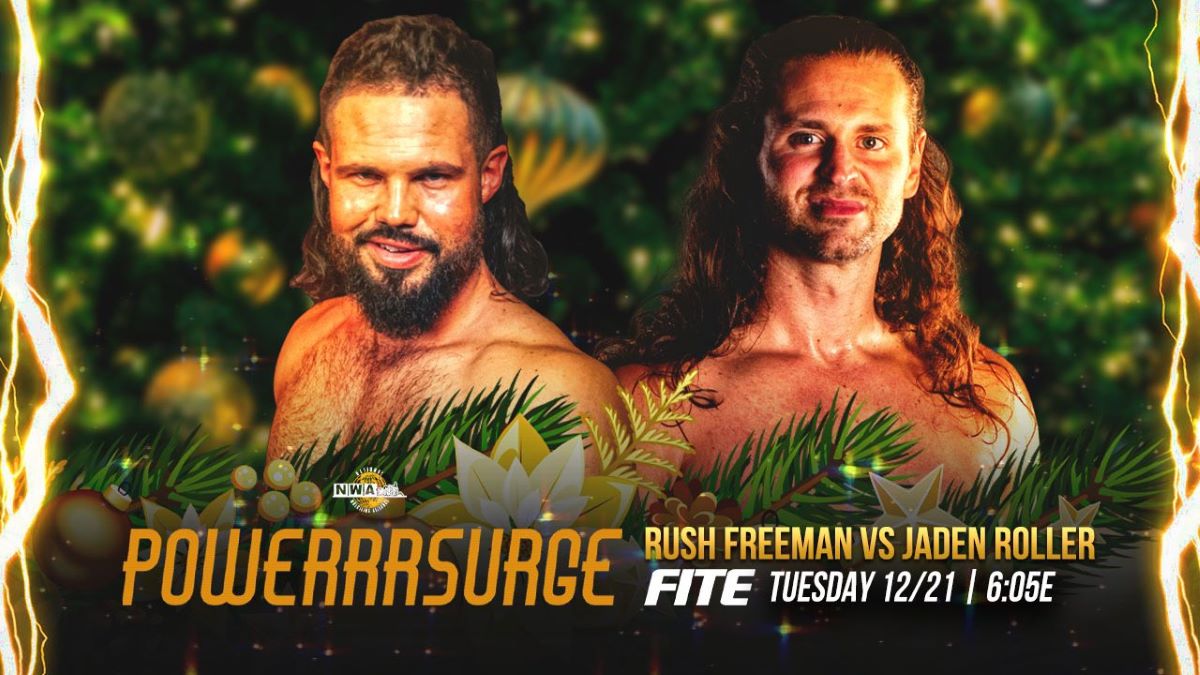 This match has the benefit of this being a Television title qualifying match against Tyrus down the road.  The other subtext of the match is that Roller keeps accusing Storm of cheating from their previous No-DQ match, which even Storm points out the ridiculousness of that statement.  But this is a good back and forth between Freeman, and Roller, and even though Freeman is fully in control, Roller takes over and stomps a mudhole in Freeman in the corner.  Roller manages to keep Freeman grounded for most of the match, but an elbow drop misses the mark, as does corner splash.  Freeman capitalizes with a clothesline, but can’t stop Roller as The Heartthrob knocks out Freeman with an Axe Kick, which Roller calls an Axe Kick., and we thank Freeman for playing.

Your Winner via Pinfall:  The Heartthrob Jaden Roller

Roller celebrates the win, and jaw jacks Storm at commentary, saying to him “You’re next!”

Speaking of last minute Christmas shopping, it’s time for Danny Deals with Danny’s Christmas Dealz.  He’s offering a cup from Kratos for $4.50, a water bottle from Aldis at $2.50.  This is merch like you’ve never seen before.  You can get it now by calling at 1-800-DEALS.  Operators are standing by…and probably still standing by at this point.

Galli is really enjoying the Christmas Punch with Sky and Storm.  There’s a ring at the doorbell, and whaddya know…Idol Claus is here (which is wrestling’s answer to Krampus). Galli is really slurring at this point, and when Idol steps in to be the voice of reason, ya know you’re taking a wrong turn.

Galli asks what holiday movie he likes, and Idol answers with “Christmas on Idol Street.”  Pretty sure it’s on Tubi.  Somebody check on that for me, as I check on the next match… 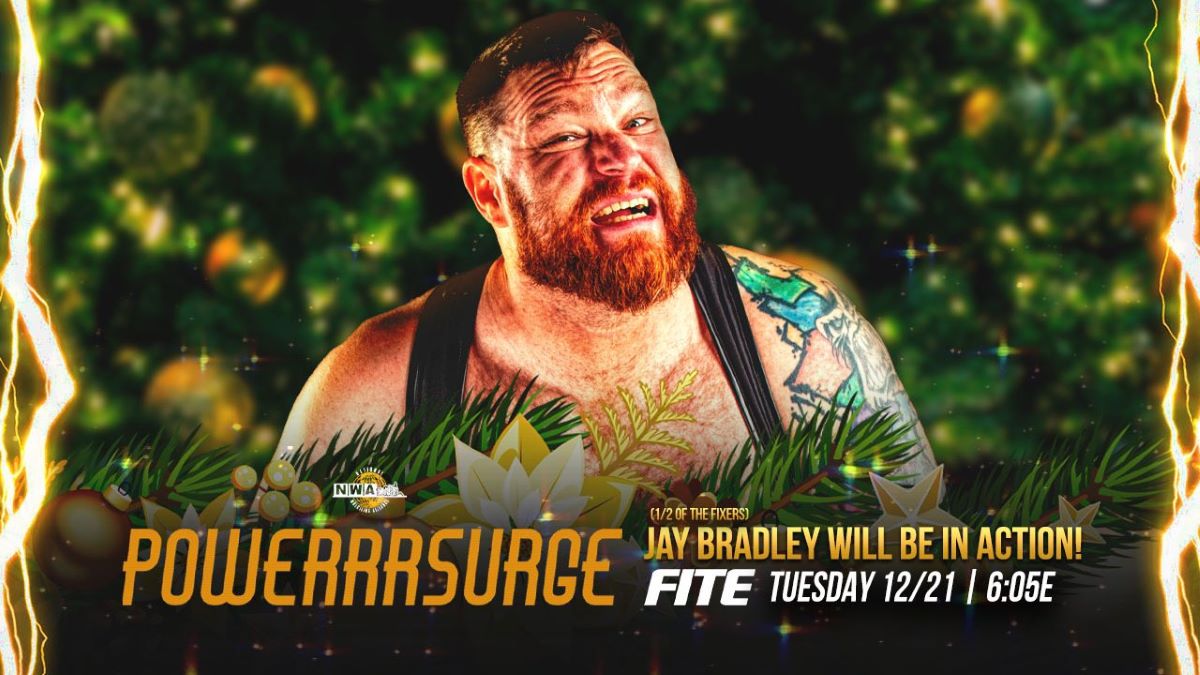 Yes, folks…like that tube of sock or underwear no one really wanted, this match has “squash” written all over it.  No disrespect to one half of The Fixers but I will not recap a squash match, so enjoy the Holiday Butternut Squash with Apple Cranberries recipe instead.

In any case, Bradley finishes with a pump handle slam with authority.

Thanks for coming by for the holidays, Diante.  Grab some fruitcake on your way out.

Back to Galli’s house, and oh, man, Galli is feeling super loose.  Folks, if you’re out drinking for the holidays, be sure to have a designated driver or just avoid the punch altogether.  Also, Everclear in the punchbowl?  If Galli is reading this, upgrade your mixology game with an Old Fashioned for the holidays, man.  This has been a public service announcement from Your Friendly Neighborhood Lucid Luchador ™.

It’s now time for Secret Santa. Velvet Sky starts first with a hardly wrapped box (but, hey!  It’s got her name spelled right), and she gets… Baby Wipes.  She’s now curious what that person is insinuating. Tim Storm is up next, and he gets… a tie, with puppies on it.  Galli says he needs to wear that during the Crockett Cup. Galli is up next and he gets…a western book called Slaughter of the Mountain Man, by J.A. Johnstone and William W. Johnstone, and he can’t wait to sober up to read it. Last up is Austin Idol and he gets…Altoids.  Idol wonders why he needs it.  Any thoughts Velvet Sky?

Velvet sheepishly explains you know how you have that Pastrami, and…Well, Merry Christmas, Austin Idol.

Idol then talks about the spirit of Christmas as he was growing up and how this present is taking the spirit away from him, and damned if they didn’t get the Charlie Brown music in the background to set the mood.

Thankfully, the doorbell rings and Galli is happy to greet… Dyle Kavis…err Kyle Davis. Davis is wondering why the studio is supposed to be “Galli’s home”, and he’s upset that he wasn’t invited.  Galli drunkenly explain it probably went to his spam, and Davis says he was gonna give him a t Shirt from ProWrestlingTees.com/NWA, but says to forget it and he storms off.  Galli then does everyone who’s has too much holiday punch does…stumble down and pass out, as the credits begin to roll.

As the show ended with Davis’ T-Shirt promo, all I could think of was that line from Ralph from A Christmas Story:  A crummy commercial?!  Sonuvabitch.

I kid, folks! It was a fun show that had some fun wrestling action, and it’s a nice break, especially for the holidays that had a lighter tone.  But, we’ll get back to it next week, so see ya in seven!