Douki, Sho have a sneaky style battle at BOSJ 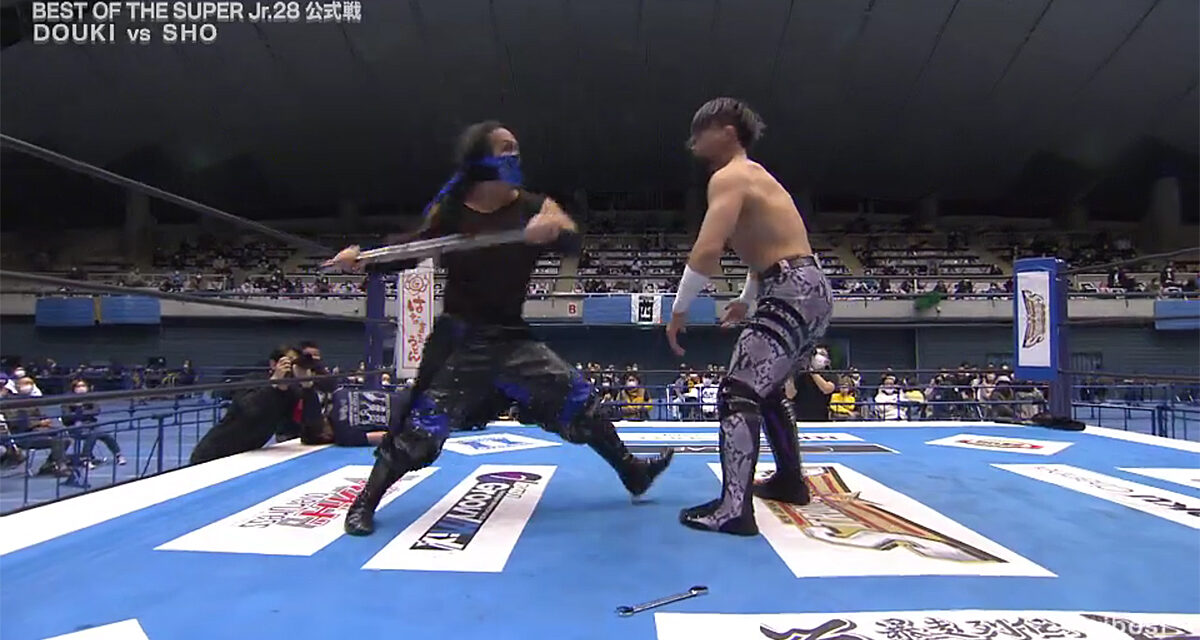 Sometimes in the squared circle you just got to fight fire with fire. That is what Suzuki-gun’s Douki did in his match against The House of Torture’s Sho who has cheated his way through the Best of the Super Juniors tournament thus far using his trusty wrench.

In their match, Douki rolled out of Sho’s Shock Arrow finisher transitioning it into a triangle hold of sorts. Sho fought on refusing to submit. Sho finally reached the ropes to break the hold. Sho kicked out of Douki’s springboard DDT off the ropes.

Sho pushed Douki into the official and hit them both with a clothesline in a corner. With the official down Douki went for his lead pipe as Sho retrieved his wrench. The two met in the middle of the ring. Douki blocked Sho’s shot with the pipe striking him in the side of the face with it. Douki woke up the official. He lifted Sho up for his Suplex de La Luna finisher. Sho though grabbed the official to thwart the hold. He threw the official into Douki. Sho isn’t DQ’d for any of this, naturally.

Sho punches Douki in the “lower abdomen”, clobbers him with the wrench in the face and puts him in his Snake Bite submission for the win.

The top of the BOSJ standings remain the same with Yoshinobu Kanemaru, Hiromu Takahashi and Sho tied for first place. 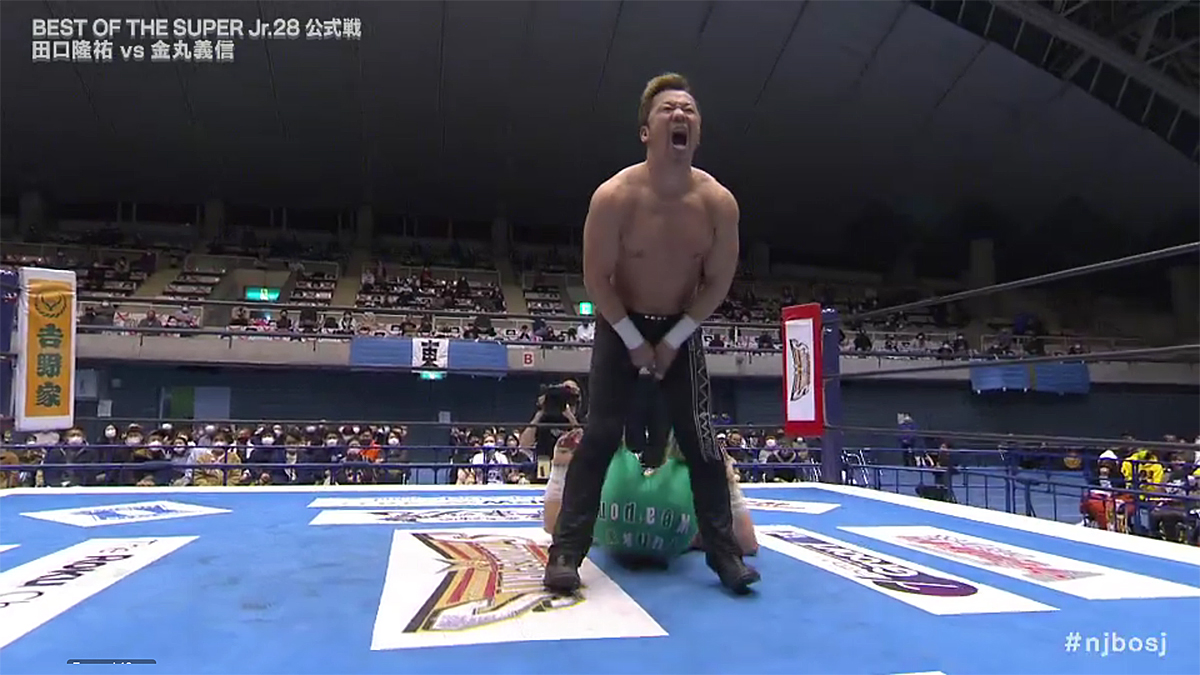 Kanemaru shoves the official to the mat so Taguchi gives him double knees to his “lower abdomen”, pushes him into the ropes and pins him with a bridging roll-up. Taguchi mocks Kanemaru as he hobbles to the locker room.

Douki versus SHO – BEST OF THE SUPER Jr. 28 TOURNAMENT MATCH

Yoh chalks up another win with his Direct Drive.

El Phantasmo’s spiral continues as Bushi beats him with an MX.

The champ pins Eagles with his El Es Culero cradle.