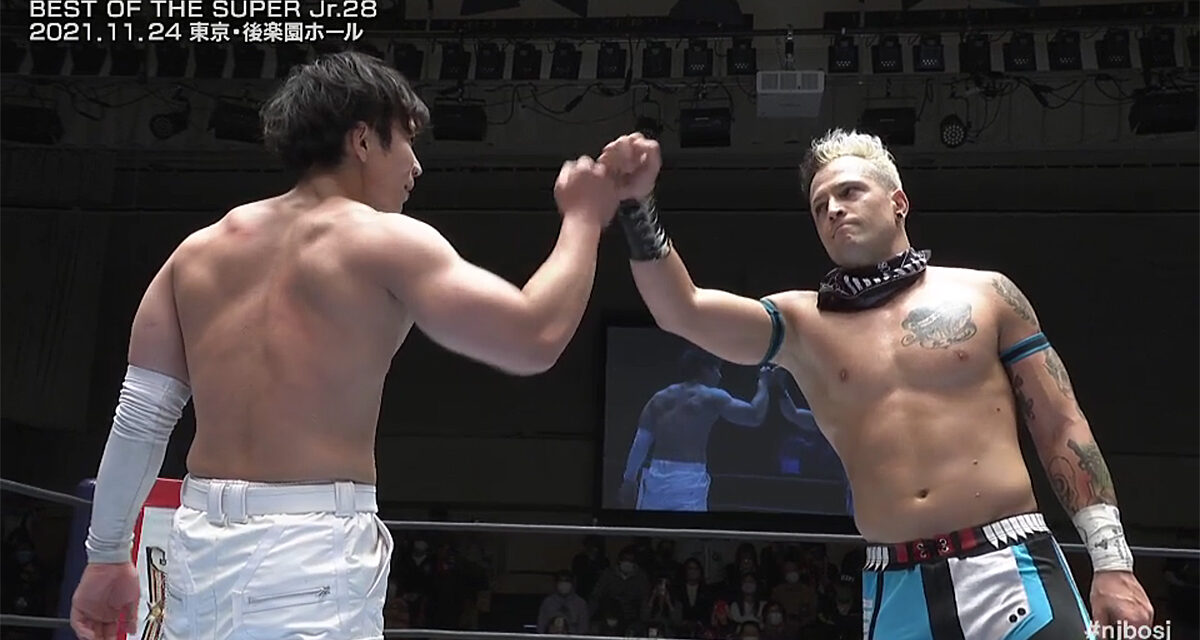 Someone call Dave Meltzer. Yoh has finally won a match.

Before night five of the Best of the Super Juniors tournament the former member of Roppongi 3K hadn’t won a singles match this year. Since the break-up of the team, Yoh had lost five matches in a row. Earlier this year, Sho attacked Yoh disbanding Roppongi 3K. In his angry tirade at the time Sho claimed that Yoh should just quit the wrestling business and focus on his music because Roppongi 3K had lost six matches in a row.

Yoh defeated the former IWGP Junior Heavyweight Champion, Robbie Eagles. Eagles dove at Yoh outside the ring crashing into the ringside barricade. Eagles gripped both of his legs in agony. Both men managed to make it back into the ring where Eagle blasted Yoh with a running knee to the back of the head for a two count.

Yoh unleashed a series of clotheslines followed by a spinning elbow or forearm to the face. Both men fell to the canvass after simultaneous kicks to the head. Back on their knees, the two Super Juniors got into a forearm slugfest. A super kick from Yoh literally knocked Eagles for a loop as he flipped in the air. Yoh dodged Eagles’ 450 splash from the top rope. As Eagles went for his Ron Miller Special submission, Yoh rolled him up in a bridging pin for the win.

The two Chaos members bumped fists after the match as Eagles congratulated Yoh on finally breaking his losing streak.

Overall, Yoshinobu Kanemaru and Hiromu Takahashi are now tied for first place with eight points each in the tournament.

This isn’t even funny anymore.

Both men play pass the referee. Kanemaru blocks a punch to the nuts rolling up Sho for the win.

The two tag team partners collide with Phantasmo outsmarting Ishimori with a poke to the eyes and a roll up.

Bushi doesn’t take it easy on his Los Ingobernables de Japon teammate. He spits his black mist in his face. Bushi cannot put Hiromu away though. Hiromu takes the two points with a Time Bomb.