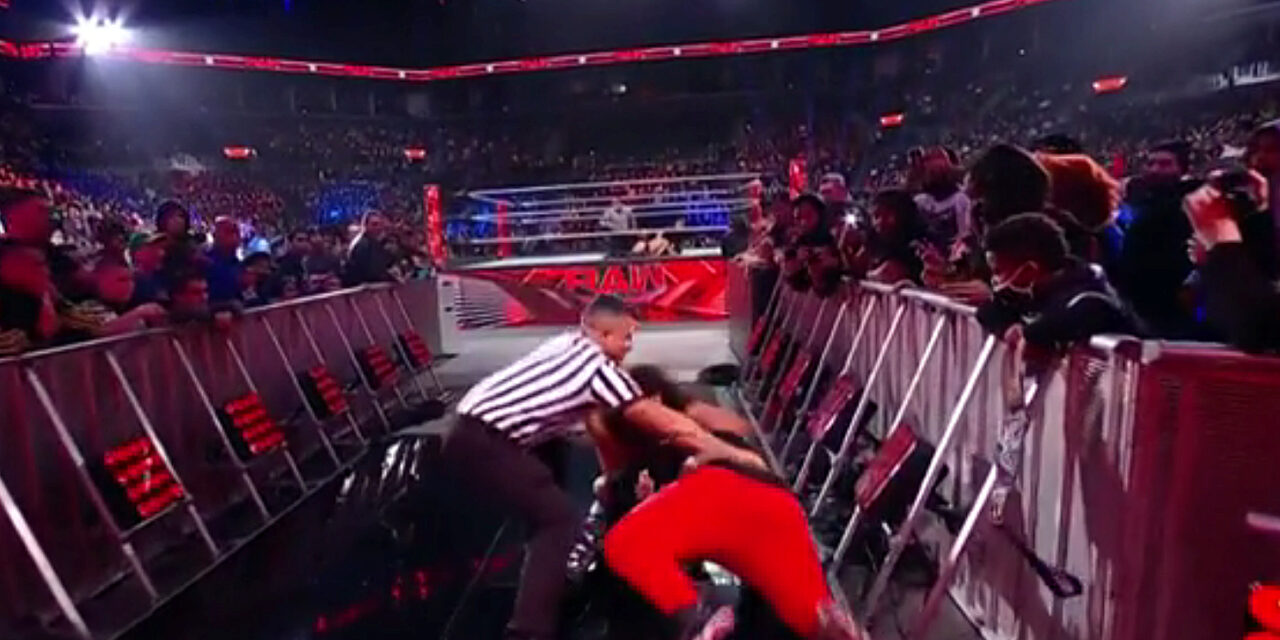 The New York Police Department has confirmed that a fan was arrested and charged in an incident on Raw last night which was captured on live television.

Elisah Spencer, 24, of Brooklyn, has been charged with attempted assault and attempted violation of arts and cultural affairs.

The police say Spencer left his seat, vaulted the barricade and tackled Seth Rollins. Rollins had just finished a segment in which he brutally attacked Finn Balor. While the broadcast cut away from the attack fans captured the incident on their cell phones.

Rollins held the attacker in a head lock until assistance arrived. WWE referees, security immobilized and restrained the fan until he could be taken to the backstage area.

For his part, Rollins played the incident off.

“Is that all you got?” he yelled at the fan at the time as he walked away.

Later, when he came out during the Austin Theory and Big E match, Rollins had fun scanning the audience carefully before he walked down to ringside to take in the main event.

The WWE has issued a statement about the incident:

“WWE takes the safety of its performers very seriously. The individual who attacked Seth Rollins has been turned over to the NYPD and will be prosecuted to the fullest extent of the law.”