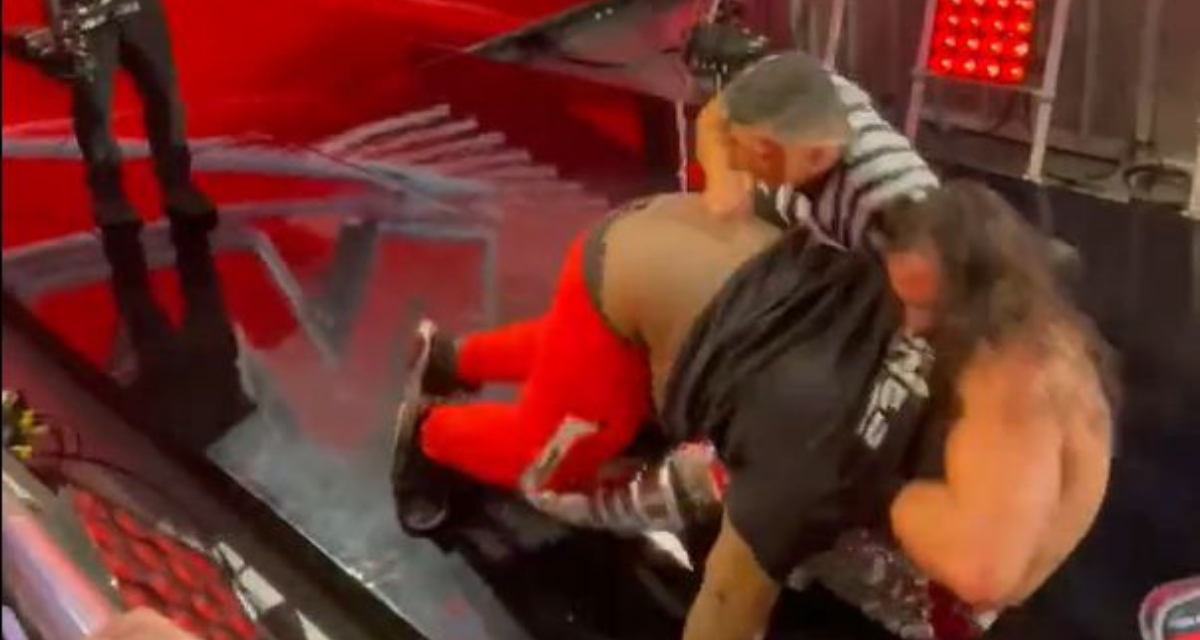 Monday, November 12, at WWE Raw, at the Barclays Center in Brooklyn, New York, a fan attacked Seth Rollins after his match with Finn Balor, rushing out of nowhere near the TitanTron, spearing Rollins.

The two fell to the ground in the rampway, and Rollins got him in a headlock as they rolled around and security and referees came in to detain him.

He has been identified as Elisah Spencer, 24, and he has been charged with attempted assault and attempted violation of arts and cultural affairs.

As stupid as it is that this man attacked Rollins, the stunning part are some older wrestlers piling on Rollins (Colby Lopez), who suffered a swelling to his lip, apparently.

Chavo Guerrero Jr. wrote, “Remember when the wrestlers were tougher than the fans? Ah, the good ol’ days.”

“Baby Doll” Nickla Roberts wrote: “I got attacked quite a few times. Even though most of my attackers were men, they never got the best of me. Seth, you’re weak.”

The fundamental difference is that each lived in a world where fans actually were passionate about the action, egged on to make a move, to attempt to hurt a villainous heel.

My files have dozens and dozens of accounts of  riots, stabbings by fans, objects thrown at them, tires slashed on their cars, wrestlers having to wait in the dressing room before leaving simply because the fans were too riled up.

Guerrero and Roberts should both know better, as second- or third-generation stars. When Gory Guerrero went into the ring, celebrated as he was, he still knew that his life was in danger if things got out of control when his opponent went too far in his bad guy tactics. Roberts’ mother, Lorraine Johnson, would have faced far too many grabby hands, and her father, Nick Roberts, when he went from wrestling to promoting, would have had to deal with local law enforcement on a regular basis to keep the fans under control.

This is absolutely not the case here.

As much as Rollins may be annoying and not your favorite wrestler, you cannot possibly hate him enough to attack him and face possible jail time and/or fines.

Nope, this is a 15 minutes of fame thing for this tool, something that will, unfortunately, live on, much like the doufus who attacked Bret Hart at the WWE Hall of Fame induction ceremony (where WWE has to be held to account partly by where it decided to set up the podium).

WWE issued a note after Monday’s attack: “WWE takes the safety of its performers very seriously. The individual who attacked Seth Rollins has been turned over to the NYPD and will be prosecuted to the fullest extent of the law.”

Rollins was blindsided, and reacted well, holding the fan down while others came to help. Good on him.

Let’s be supportive and appreciative that nothing worse happened, and learn from it so it does not happen again.