BOSJ: House of Torture scares up a win for Sho 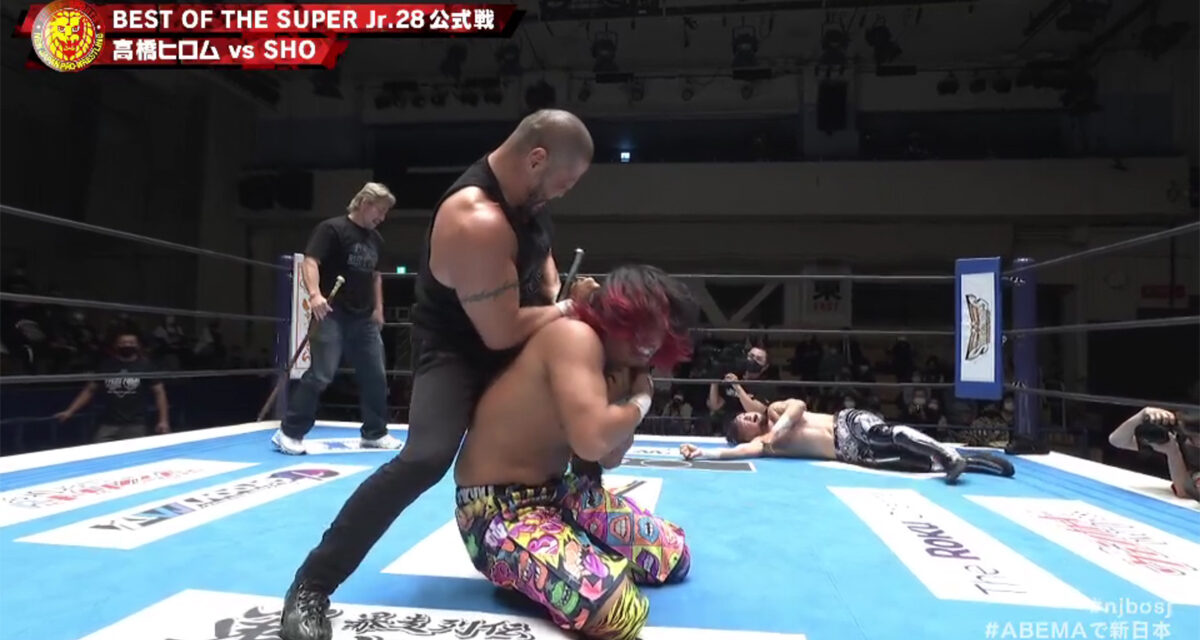 Sho has taken over the top spot in the Best of the Super Juniors tournament…with a little help from his House of Torture pals.

In his match against Hiromu Takahashi, Sho finds himself in trouble so he shoves Takahashi into the official. The official collapses to the canvass. Sho then punches Tanahashi in the “lower abdomen” from behind.

Out comes Dick Togo from the dressing room with his garotte in hand and evil on his mind. Yujiro Takahashi and his cane are right behind him. Togo strangles Tanahashi as Yujiro watches and laughs. Tanahashi fights back to his feet only to get Yujiro’s cane in the face.

Evil, the leader of Bullet Club’s House of Torture, walks out clapping his hands as the official is still out of it. Evil drags Takahashi to his feet then drops him with Everything is Evil. House of Torture bails from the ring so that Sho can wake up the official.

Sho puts a KO’ed Takahashi in a triangle submission. The official calls for the bell immediately. 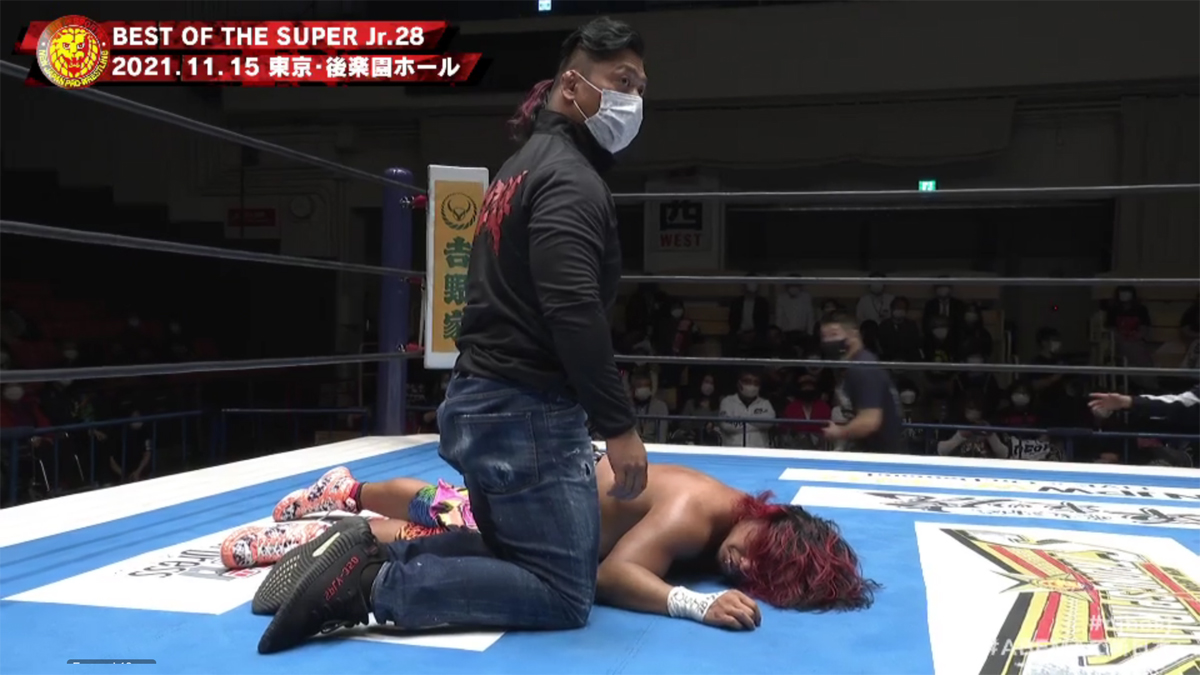 Sho refuses to release the hold. Young Lions flood the ring to help but The House of Torture returns to beat the crap out of them. IWGP World Heavyweight Champion Shingo Takagi runs down in his street clothes to scare away Bullet Club and check on his Los Ingobernables de Japón pal. Shingo helps Takahashi to the back.

Yoh versus Douki – BEST OF THE SUPER Jr. 28 TOURNAMENT MATCH

Bushi gets back on the winning track by pinning Taguchi with an MX.

Phantasmo starts screwing around doing a Ric Flair strut and kicking up his feet in one of the corners. Kanemaru kicks him in the ass, off the ropes and throws him through the ropes to the floor. Kanemaru rolls out of the ring. Phantasmo rolls back in saying he isn’t going to fall for an attack on the floor. No way.

Both men poke each other in the eye. They both go down. Phantasmo goes for his super kick in the gut. Kanemaru pulls a page out of Toru Yano’s book by pushing the official into Phantasmo, punching him in the groin and rolling him up for the pin. Kanemaru has a few swigs from his whiskey bottle to celebrate.

Ishimori wins with his Yes Lock.

Shocks aplenty on night one of NJPW’s BOSJ