Shocks aplenty on night one of NJPW’s BOSJ 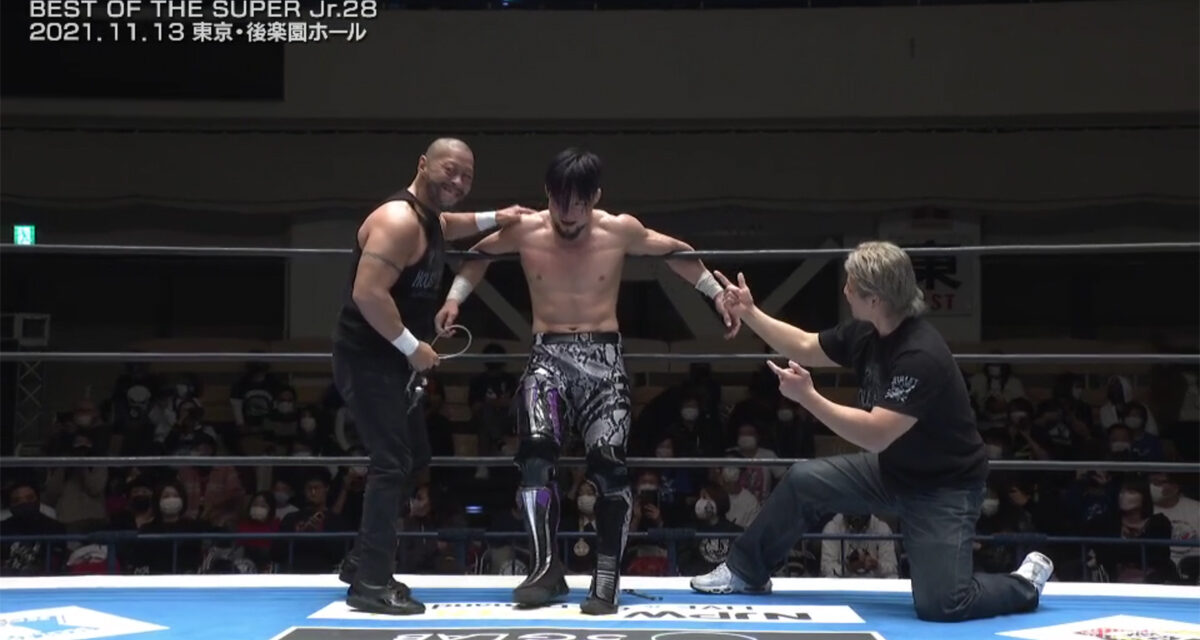 It was a night of surprising results as NJPW’s Best of the Super Juniors tournament kicked off in Korakuen Hall in Tokyo.

The horrendous losing streak continued for Yoh as he lost to Hiromu Takahashi in no time flat. Takahashi brought back his BOSJ scrapbook to the ring but Yoh was in no mood for games. He leaped over the top rope splashing Takahashi on the floor. Takahashi didn’t even get time to remove his robe. Yoh raced back into the ring diving on Takahashi a second time. 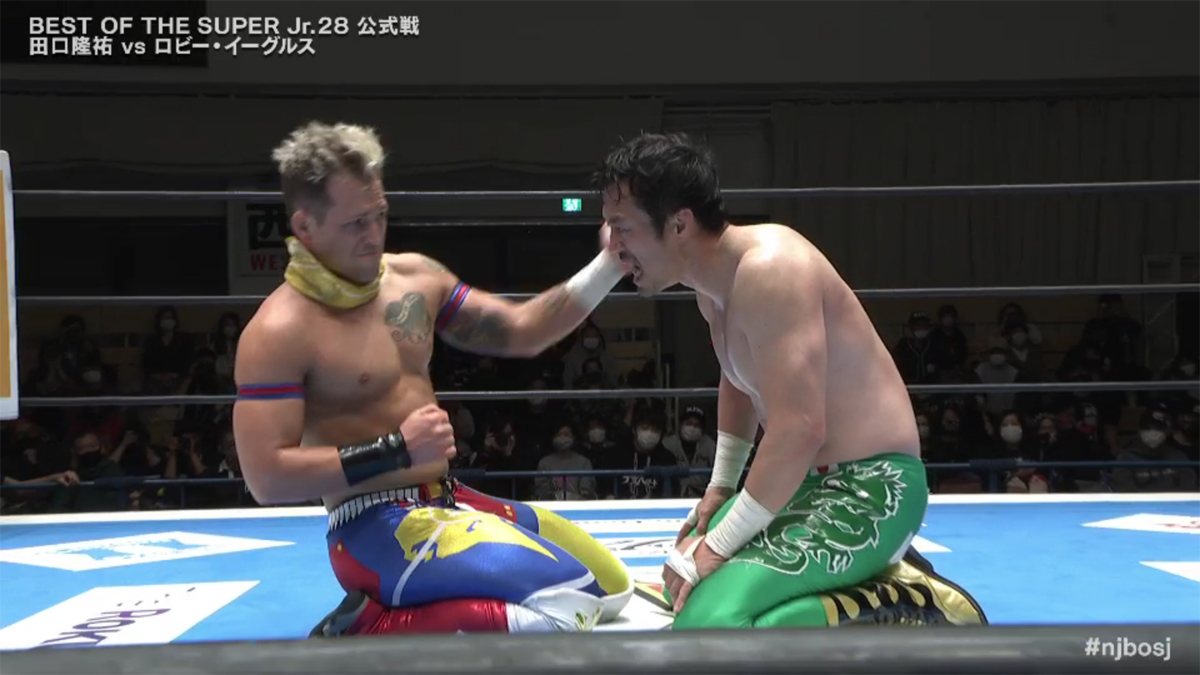 Ryusuke Taguchi and Robbie Eagles slug it out. Courtesy: NJPW

Yoh attempted to put Takahashi away with his finisher several times but Takahashi battled on. Takahashi eventually puts Yoh away with a sneaky roll-up at approximately four minutes into the match making it an absolute blow-out. A dejected Yoh leaves the ring with his head hung in shame. One gets the feeling that a frustrated Yoh may eventually turn to the dark side and join Sho in Bullet Club.

Yoh’s former partner Sho fared better as he defeated El Desperado with the help of his friends from the Bullet Club faction House of Torture. El Desperado had Sho in Numero Dos but Yujiro Takahashi came down to ringside and yanked official Red Shoes out of the ring. As Desperado had words with Yujiro, Dick Togo struck from behind choking him with his garotte. Sho hit Desperado in the head with his favourite wrench and then pinned him with a Shock Arrow.

A great showcase for the two young stars.

Bushi versus Douki – BEST OF THE SUPER Jr. 28 TOURNAMENT MATCH

Bushi’s string of bad luck continues in NJPW. His attempt at an MX is met with a punch in the face from Douki. Douki pins him with his Suplex de La Luna.

Kanemaru slams Ishimori into the ringside barrier and a steel post. Kanemaru then shoves a Young Lion into Ishimori which causes him to be counted out. Ishimori rolls into the ring completely stunned. Ishimori argues with the Young Lion but stops short of giving him a beating.

Taguchi tries to goof around after the bell rings. Eagles tells him this is not the time or the place for such shenanigans. Taguchi stuns Eagles with his Dodon (Chickenwing facebuster) to win the match. Eagles cannot believe what has happened. Taguchi cannot celebrate though as Eagles has really worked over his knee during the match. He hobbled to the back.

Master Wato throws out a roundhouse kick. Phantasmo dodges. Phantasmo throws his own kick with martial arts action sounds. Phantasmo gives Wato a kick to the gut…with that loaded boot? Phantasmo goes for the One-Winged Angel but Wato flips that into a bridging pin. El Phantasmo is distraught over his loss just as Eagles was.