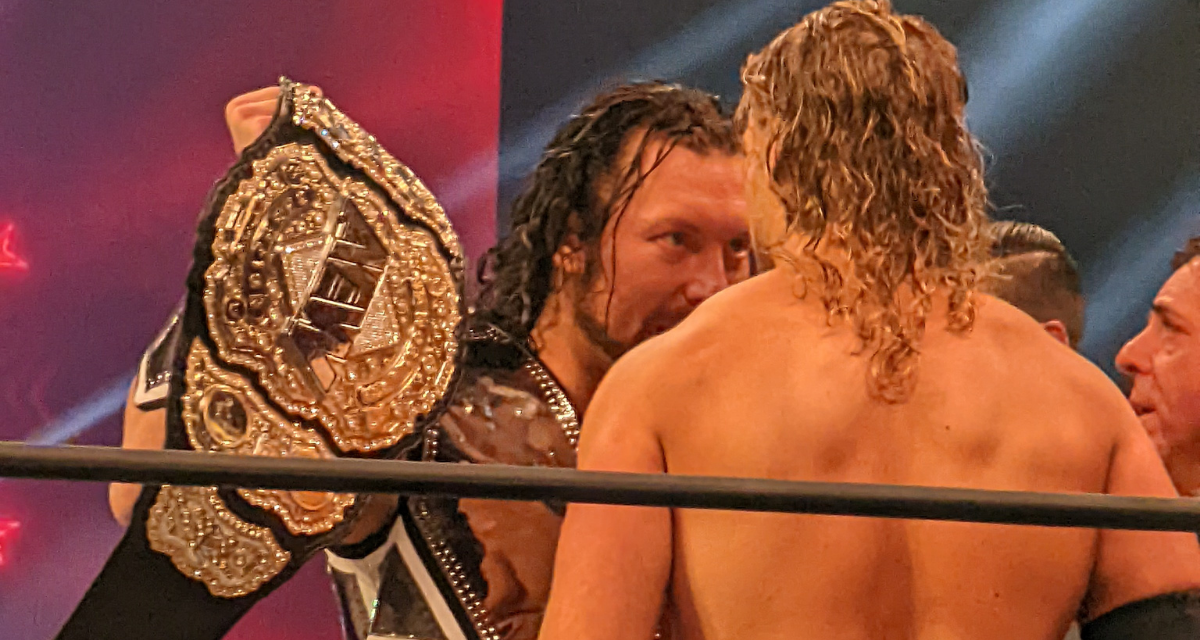 MINNEAPOLIS – There’s no debating All Elite Wrestling has set a high bar with its pay-per-view events.
Each one seems to have just the right mix of matches, which almost are, at worst, good, and at best, all-time classics.

It was a cold, snowy night outside. Inside Minneapolis’ Target Center, the crowd was excited and rabid throughout, creating an electric atmosphere the company has become known for during its biggest shows.

The crowning moment of the night was Hangman Page finally winning the big one, defeating Kenny Omega to become AEW World Champion. The two-plus year storyline paid off in spades, as the crowd was invested in everything he did, loudly chanting for him throughout — and no dueling chants like we see so often. Omega and manager Don Callis were hated and despised. When Page walloped Omega with a second Buckshot Lariat to earn the victory, the roof darn near blew off the building.

Page celebrated with Dark Order as the show went off the air. Inside the building, Page took the microphone and talked about the lies he told himself along the way. That he would win the title in 2019, that he would win tonight. But he had one more that he hopes to live up to — holding the championship forever.

It was an emotional moment for all involved, both in the ring and in the crowd.

For as into the main event the crowd was, it was electric for the grudge match between Eddie Kingston and CM Punk. Clearly this hit home with the audience. The crowd was behind both men, but Kingston was undoubtedly the sentimental favorite. The two brawled all over, having Punk’s best match since returning to wrestling in August. The audience came unglued when it though Punk was going to deliver on his old rival John Cena’s Five Knuckle Shuffle maneuver.

Usually signs of respect are loved by pro wrestling crowds. However, when Kingston snubbed Punk’s handshake offer at the end, the crowd loved it. As the broadcast went to a video package, Punk directed traffic in the ring, helping with the ring clean-up and the cleaning of his blood off the canvas before doing some more celebrating, including making the universal gesture for “I want the belt.” It is unknown which one he wants, perhaps he can enter the TBS Championship tournament.

This was the shortest match on the show, but it was all electric and delivered in spades. 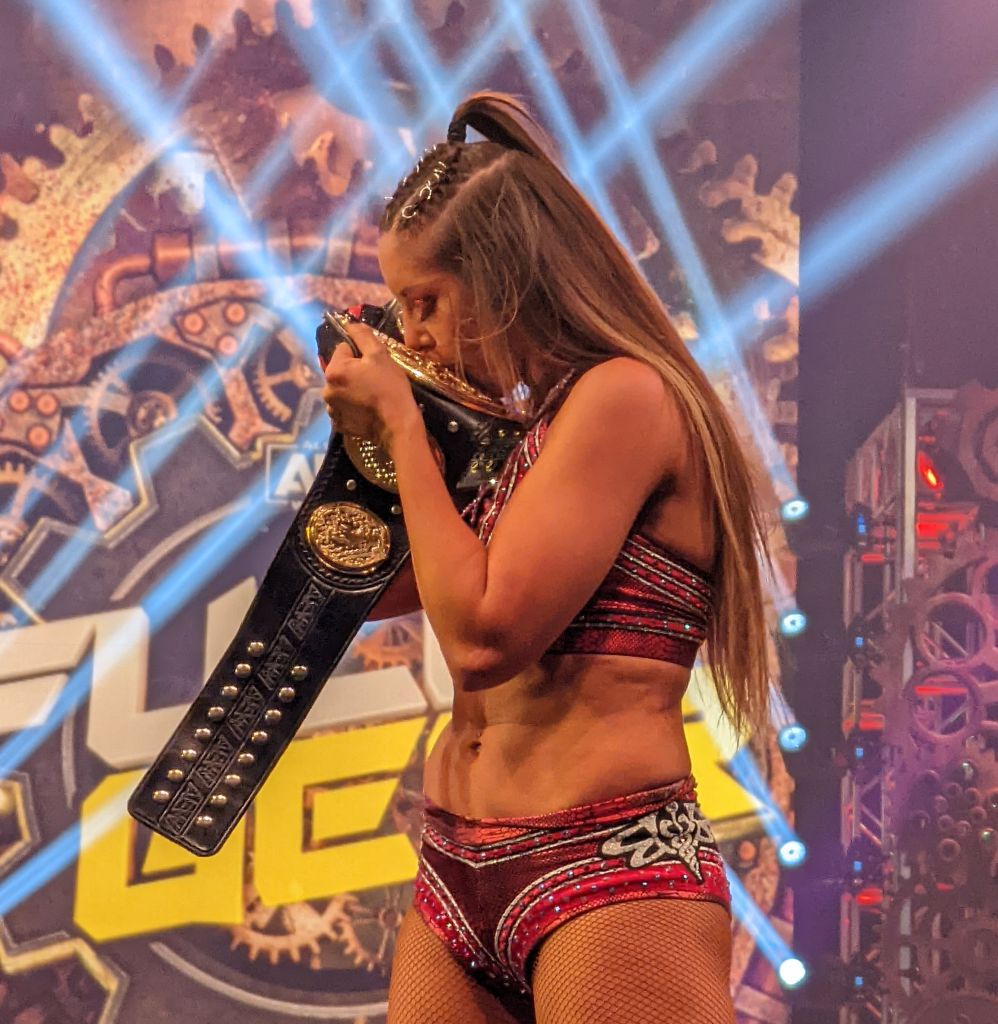 The AEW Women’s Championship match between Dr. Britt Baker and Tay Conti was unfortunately saddled with the deadest crowd of the night. The two worked hard, but the action did not deliver at the level of prior matches as the match went more than 15 minutes.

A special highlight of the show was Twin Cities legend Baron von Raschke, who received a raucous welcome when introduced, applying the famous Iron Claw to Ethan Page during the Minneapolis Street Fight between American Top Team and the Inner Circle. Von Raschke, who was at ringside for the Punk/Kingston match and the street fight, was greeted warmly by Punk after his win and by Chris Jericho after his team’s win.

Overall, the atmosphere inside the arena was typical AEW pay-per-view — completely and totally electric from top-to-bottom. This was a great professional wrestling show, much due to the patrons in attendance.

TOP PHOTO: Kenny Omega and Adam Page about to fight over the AEW World championship. Photo by Matt Bishop