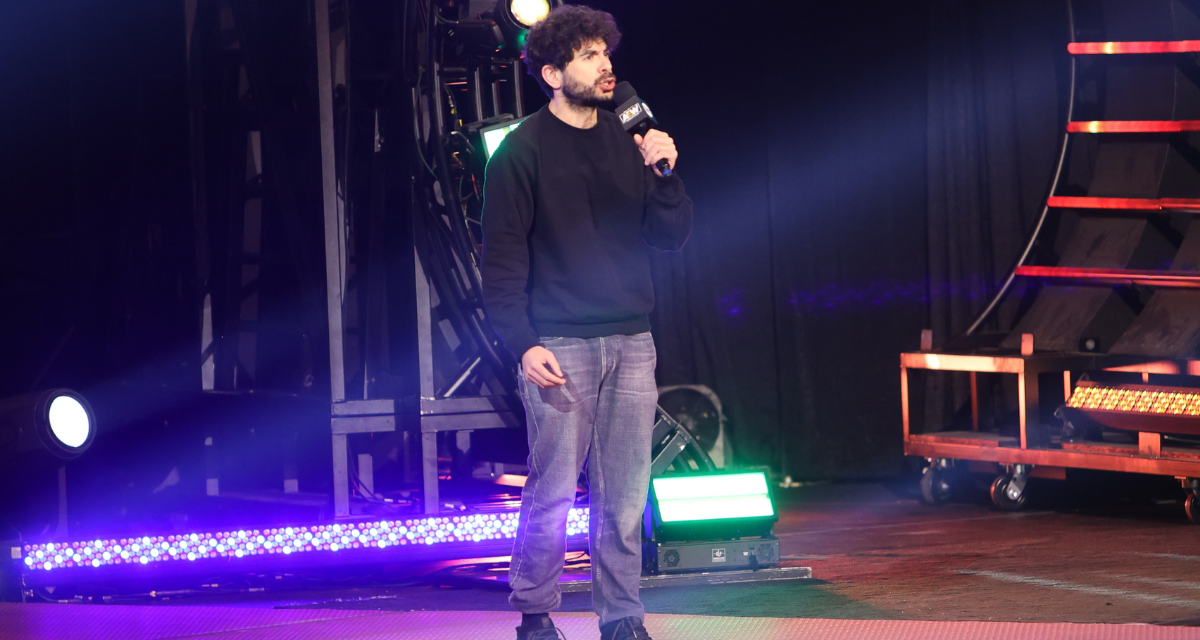 “It was kind of like what happens when you pay for a dinner and nobody thanks you,” said president, and CEO of the All Elite Wrestling, Tony Khan, of the NWA.

In a conference call to hype the All Out pay-per-view this Saturday, Khan took a moment today to express his dissatisfaction and disappointment for the way in which NWA’s top brass handled his contributions to the all-women’s EmPowerrr show back in August.

“I am going to cut off your question right there because I don’t feel that I get enough credit for the NWA show, because a good number of the people who wrestled on the NWA show were wrestlers I sent and paid. So, I do think I contributed because the highest paid wrestlers on that show were people that I paid separately from what they would make from AEW to go up on that show,” said Khan as he answered a question from the press about whether AEW had plans to stage an all-women’s show in the future. Diamanté, the team of Red Velvet and Kylinn King, and Leyla Hirsch were among AEW contracted wrestlers on the EmPowerrr show, and other names signed later, like Skye Blue and Kiera Hogan.

“I don’t think they did a very good job of telling people that, honestly, even though that was part of the deal we had. I wish they had told more people that because that was one of the points I made when we closed the deal, that it would be nice if they told people that I am paying the wrestlers who are coming because it is a big contribution for me. Does that make sense?” he asked.

When it came to “Hangman” Adam Page though, Khan had nothing but good things to say about the 30-year-old star who was a fan favorite long before he ever joined AEW with breakout performances in Ring of Honor and more importantly, New Japan Pro-Wrestling where he joined The Bullet Club. 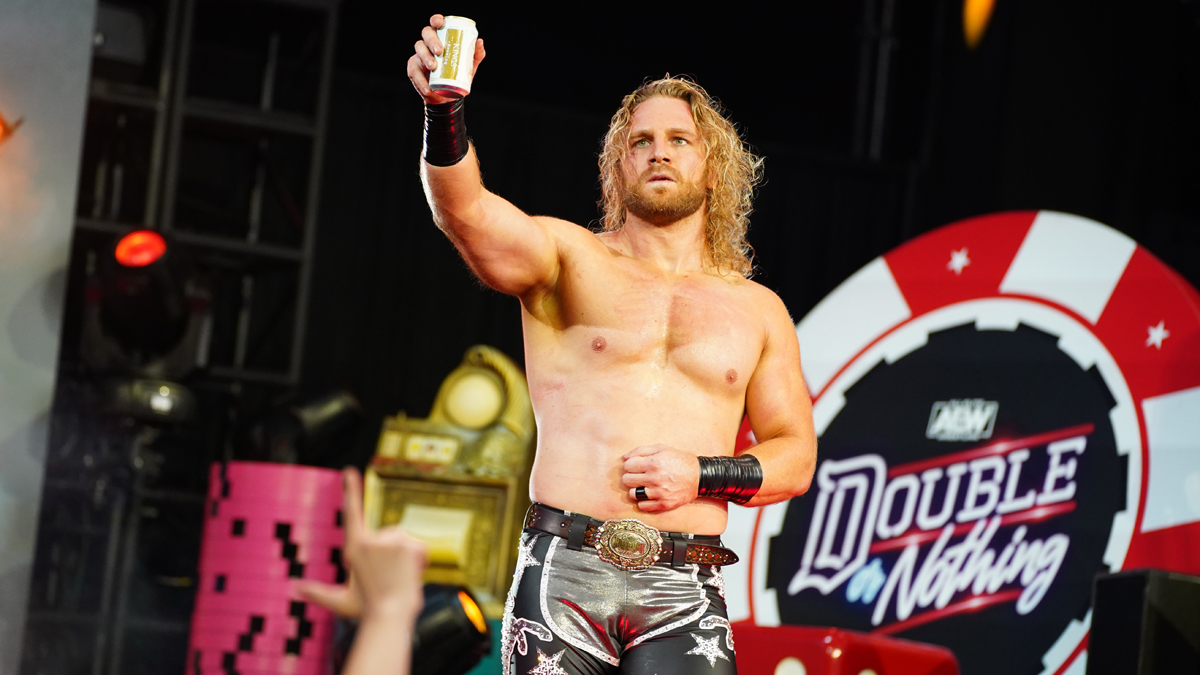 “Hangman” Adam Page at Double or Nothing 2021. Courtesy: AEW.

“Page was young wrestler when he joined AEW. A lot of the hardcore wrestling fans knew him but he didn’t have a lot of experience wrestling on national television. He has really blossomed under the eyes of the fans,” said Khan looking back at the last two years.

Page will be challenging Kenny Omega for the AEW World Championship at the Full Gear pay-per-view on Saturday, November 13, but it isn’t the first time he has been a three count away from AEW’s biggest prize. At All Out in 2019, Page battled Chris Jericho for the chance to become the first-ever AEW World Champion. Page came up short.

“I have had big plans for him and always believed he is a top wrestler,” said Khan of Page’s road back to the top since then.

When Khan teamed Page and Omega up as a tag team he knew he had something special especially after their match against the Young Bucks at Revolution last year.

“They had such an amazing chemistry as a tag team but you could tell there was something between them and some day it would be an amazing rivalry between Kenny Omega and Hangman Page,” he said.

According to Khan, it seems as though Omega and Page’s destinies has always been entwined leading up to their match this weekend.

“Kenny Omega has has so many classic matches already in this run and I am very excited for their match. I think for Hangman Page, it is hard to talk about his story in AEW without talking about the story of Kenny Omega. That is why this Kenny Omega versus Hangman Page match is one of the most anticipated matches ever in AEW,” Khan proclaimed. 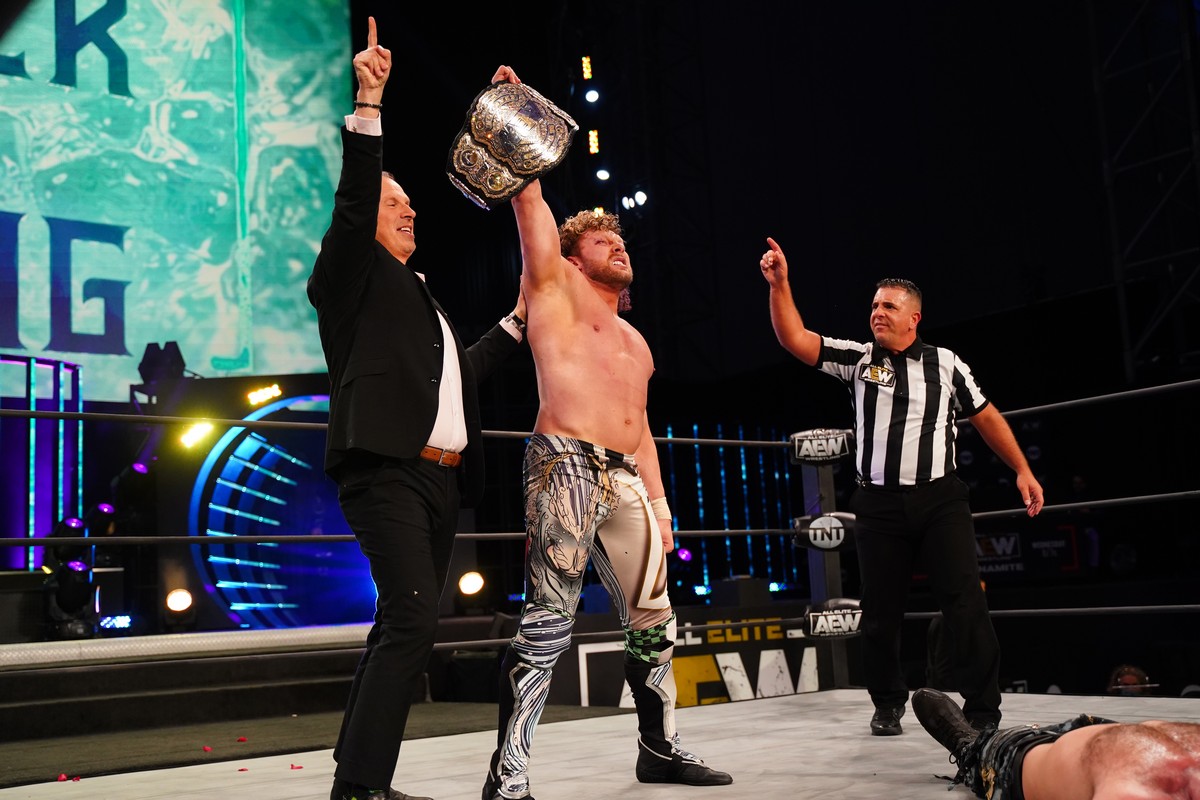 Although he had a lot to say about Page, Khan didn’t have much of an update on AEW’s possible interest in Windham Rotunda, formerly known as Bray Wyatt and The Fiend in the WWE.

Khan explained that the last time he spoke with Rotunda was at Chris Jericho’s birthday party last year. Khan was leaving as Rotunda was arriving.

“I haven’t talked to him about it ever, about him coming to AEW,” said Khan of Rotunda, a third-generation wrestler.

“I think he is a wonderful person and a great talent,” he concluded.