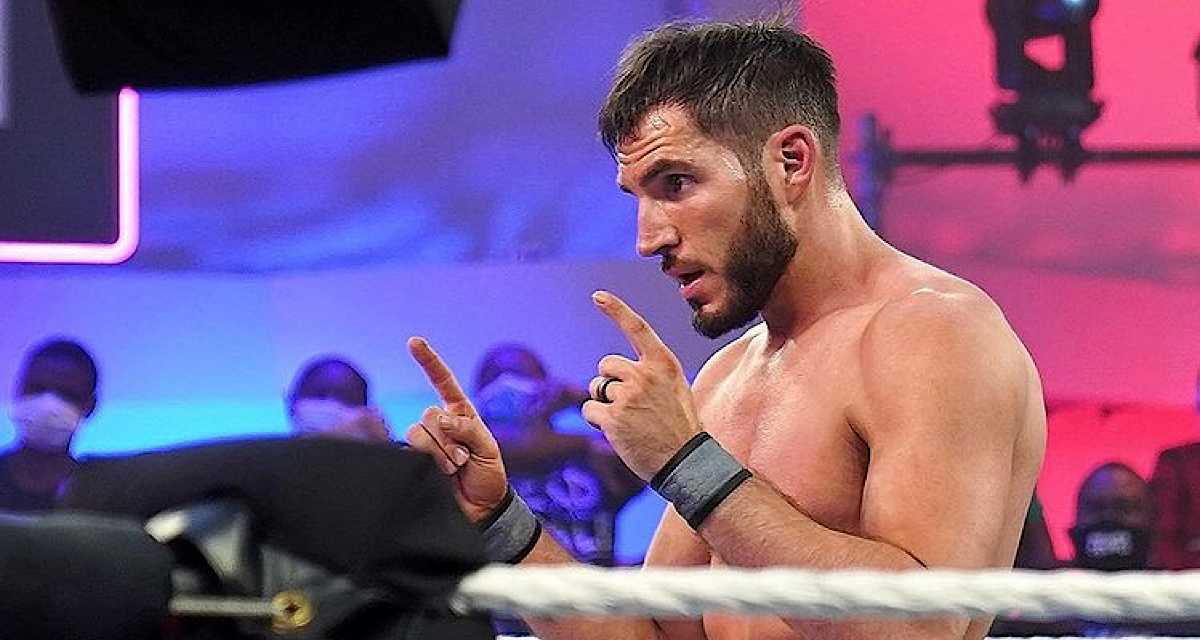 Many weeks ago, NXT changed for better or for worse. Well, truthfully, the general consensus probably leans towards the latter. Despite a handful of NXT staples sticking around — such as Johnny Gargano and Tommaso Ciampa — the landscape has completely changed. And that isn’t just cliche.

Among other things, a new NXT Women’s Champion exemplifies it. Dueling “you deserve it” and “no you don’t” chants are directed towards Mandy Rose, who opens tonight’s episode with a promo. Not soon enough, Io Shirai interrupts the champion, but the numbers in Toxic Attraction take over. Kacy Catanzaro and Kayden Carter make the save, but they sure aren’t the saving graces in NXT’s retrograding women’s division.

Kai, who cost Raquel Gonzalez her title, assures Toxic Attraction that it wasn’t for them. Her demeanor is broken and confused, but a running boot gains her the victory. Post-match, Kai reluctantly attempts an attack, but minutes of twitching and reconsideration later, she steps back. Needless to say, this first quarter was some hard times.

The former NXT Tag Team Champions MSK are out in the streets, contemplating their loss. It’s quite literally produced like a mediocre sitcom, as Wes Lee and Nash Carter timely miss their bus.

A Joe Gacy vignette speaks truth about social media, inclusion, judgement, and other favorite buzzwords. He and Harland “will change the world together.”

Quinn meets Elektra Lopez backstage, who was apparently impressed by the “Sexy Boy” cover. Could Quinn be Legado del Fantasma’s next member?

O’Reilly must have some commendable optimism. Wagner, the chosen one, works “under his tutelage” to remain on top before picture-in-picture. LDF turns the tide, and O’Reilly makes the comeback until Elektra Lopez provides a ringside distraction. Behind their continuous losing record, Joaquin Wilde and Raul Mendoza are an amazing tag team. And what a pleasant surprise, miscommunication from Wagner and O’Reilly gives LDF the sneaky victory.

The North American Champion Carmelo Hayes, flanked by Trick Williams, is interviewed backstage. Interrupting him is Andre Chase, who is evidently still alive, to offer some backup. Is Chase a zombie now?

Chase is still alive, warmly welcomed by the student section of Chase University. The professor responds to claims of cowardice following Dexter Lumis’ haunted house segment, but “Andre Chase fears nothing.” But Breakker’s music plays, and immediately, he runs through Chase. Breakker delivers the finishing slam and grabs the microphone, boldly issuing another challenge to NXT Champion Tommaso Ciampa. He’s the future alright.

It’s “Lashing Out with Lash Legend,” which is NXT’s rendition of a much more palatable Wendy Williams. She introduces the wonderful Tony D’Angelo, who may or may not have kidnapped producer Mark. The producer timidly appears onscreen as D’Angelo confidently plays it off. Strap the rocket to Tony D’Angelo!

“Uso” chants ring aloud, as Sikoa is legitimately the third Uso. He delivers a corner hip attack and top-rope splash to gain the victory. The crowd is definitely behind him, and that Anoa’i intensity is unmistakable.

A vignette for Josh Briggs and Brooks Jensen introduces their personalities. “Medium rare — the only way a man should eat his steak” is the kind of personality in question. They’re contemporary rednecks basically, yeah?

Like an inhaler to an asthmatic, LA Knight on commentary is a breath of fresh air. Last week, the obnoxious Waller stole Knight’s hosting duties, and Boa is still around. Thanks to ringside distraction from Knight, the Tian Sha representative Boa finally gets a win. Later, cameras catch him inhaling Mei Ying’s powers, supposedly, which is completely for the best.

Back inside Duke’s Poker Room, Duke Hudson and Cameron Grimes go all in. Grimes reveals his “full house” of twos — “two the moon!” that is.

Kay Lee Ray continues to smash inanimate objects. “Next week, I start to rage,” says she.

The NXT Champion Tommaso Ciampa enters the ring, already a highlight of tonight’s show. He’s real and he’s convincing, but he’s interrupted by an equally great personality in Carmelo Hayes (with Trick Williams). Hayes, the North American Champion, says that he’s “the ‘A’ Champion” of NXT, but Ciampa isn’t fazed. He knocks down Williams and exits before Johnny Gargano’s music plays. For the first time in a long time, Ciampa and Gargano meet face-to-face! Things have changed since #DIY, haven’t they?

Williams went from obscurity to main event in short order. But the spotlight is on partner Hayes and opponent Gargano, in particular, who prove that NXT still features good wrestling — albeit not a generous amount. After picture-in-picture, Lumis makes the exciting hot tag and hits double superkicks with Gargano. The latter and Hayes trade strikes before tagging in Lumis, who cinches a submission on the opposition. Williams saves his partner with a shoe, Gargano dives onto him, and Hayes steals the victory with a leg drop. Hayes and Williams are “‘bout it ‘bout it,” ending tonight’s show on a high note.

It isn’t coincidence that people like Johnny Gargano and Tommaso Ciampa are the highlights of every NXT 2.0 show. They were the “heart and soul” of the original black-and-gold brand, and they’re apparently what’s left, because this revamp is very rough. Wrestling takes the backburner to bad comedy and reality television every Tuesday night. And that’s just the new norm.