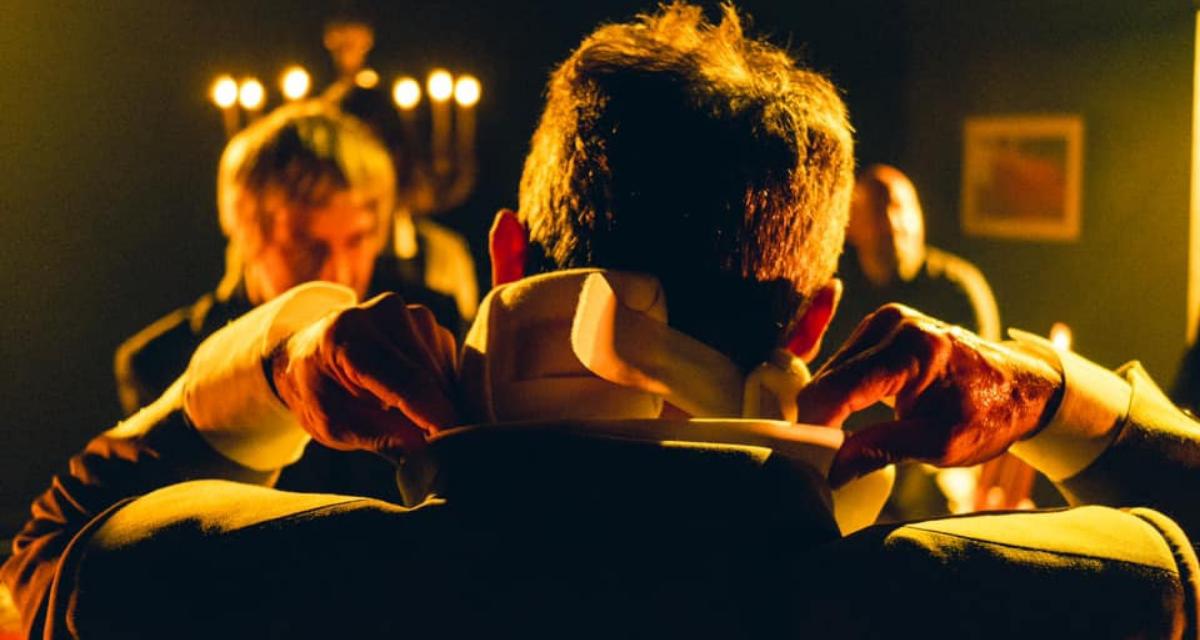 Ever get the feeling while watching a documentary that there is a far more interesting story to be presented than the one that’s currently on ?

I must confess that this particular thought crossed my mind a time or two during the October 28th episode of Dark Side of the Ring entitled “The Steroid Trials.”

The episode in question centers around a 1994 United States District Court for the Eastern District of New York criminal court case brought against Vince McMahon, chairman of the then World Wrestling Federation (now known as World Wrestling Entertainment) on suspicion of supplying illegal anabolic steroids to his professional wrestlers.

The 1980s had been a boon period for professional wrestling and the WWF in particular. Spearheaded by McMahon, who purchased the company from his father in 1983, and his biggest box-office draw Hulk Hogan, the WWF became the first wrestling territory to truly go national. With Hogan as its head, the WWF transformed the business, producing a product that was more entertainment based (critics would suggest that cartoonish would be a better description), resulting in sold-out arenas and stadiums throughout North America, groundbreaking events like WrestleMania, and widespread media attention. As for the wrestlers themselves, they became larger than life, literally, sporting enhanced physical features that emphasized both their “hero and villain” qualities.

In an effort to maintain the appearance of physical beauty, be able to perform night after night, and realistically to keep their job, it is presented on the show that at its height in the mid-to-late 1980s that up to 90% of the WWF talent were taking steroids.

In 1991, Dr. George Zahorian, a Pennsylvania doctor who had worked at the TV tapings in Allentown as a ringside doctor for the WWF, and had often been featured on screen, was convicted of illegally supplying anabolic steroids. At his trial, it was revealed that Zahorian had provided steroids, amongst other medications to the WWF and its wrestlers throughout the 1980s, both backstage at television tapings and sometimes through the mail. Sensing that shifting political winds of the time, which saw increased criminal penalties surrounding all types of drugs, the WWF CEO Linda McMahon, wife of Vince, had sent a memo in 1989 advising that Zahorian should no longer be used by the WWF or its performers.

With an increased media scrutiny, brought on in part by a series of allegations by disgruntled employees, in addition to the focus on the various drug accusations, and with Dr. Zahorian now co-operating with federal prosecutors, Vince McMahon was indicted on two counts of distributing steroids and one of conspiracy to distribute steroids by the federal government in 1993.

As the episode details, the resulting trial had the prosecution allege that McMahon was in charge of distribution of illegal steroids to WWF wrestlers; they also charged that McMahon had required wrestlers to take steroids while they were in the WWF. Given immunity, Hulk Hogan was brought forth as the prosecution’s star witness. Under oath Hogan admitted that while he had taken steroids previously under his own prescription for medical purposes and had, in fact, received them from Zahorian with his fan mail and paychecks, that McMahon himself had never asked him to take any nor ever bought any on his behalf.

Hogan was only one of 11 wrestlers who testified at the trial and with only one exception, all echoed Hogan’s testimony. The one exception was the wrestler, known as Nailz (Kevin Kelly / Kevin Wacholz), whose truthfulness was called into question by McMahon’s attorneys, as he had been released from the WWF previously and was disgruntled and looking for revenge. Further harming his testimony was Nailz contradicting himself when he stated that he had no animosity towards McMahon but later answered in the affirmative that he hated McMahon.

Not entering a defense, the judge immediately dismissed the distribution charges due to insufficient evidence, leaving the jury to deliberate for 16 hours on the conspiracy charge before pronouncing a not guilty verdict.

In the short term, the verdict resulted in a change of direction for the WWF, as a new anti-drug policy was announced with great fanfare and a greater emphasis was placed on athleticism, while the previous decade’s enhanced physiques became a thing of the past. As for Vince McMahon, who already had his share of admirers and detractors, he became even more prominent and intertwined with the product, all of which he would use to his benefit in the coming years.

So in short, there is the episode, which for most wrestling fans, went over well-trodden ground and at least in my case, didn’t feature many “new” parcels of information … and as a result I found myself thinking that there were two more interesting stories that were buried in the episode.

First, and I’m not the originator of this idea, would be a documentary that explored, with some detail, the Vince McMahon/Hulk Hogan relationship. I don’t think it’s a far stretch to suggest that these two men, together, revolutionized the professional wrestling business, so anything delving into that long professional and personal relationship (while admittedly a pipe dream for a whole host of reasons) would make for some compelling viewing. 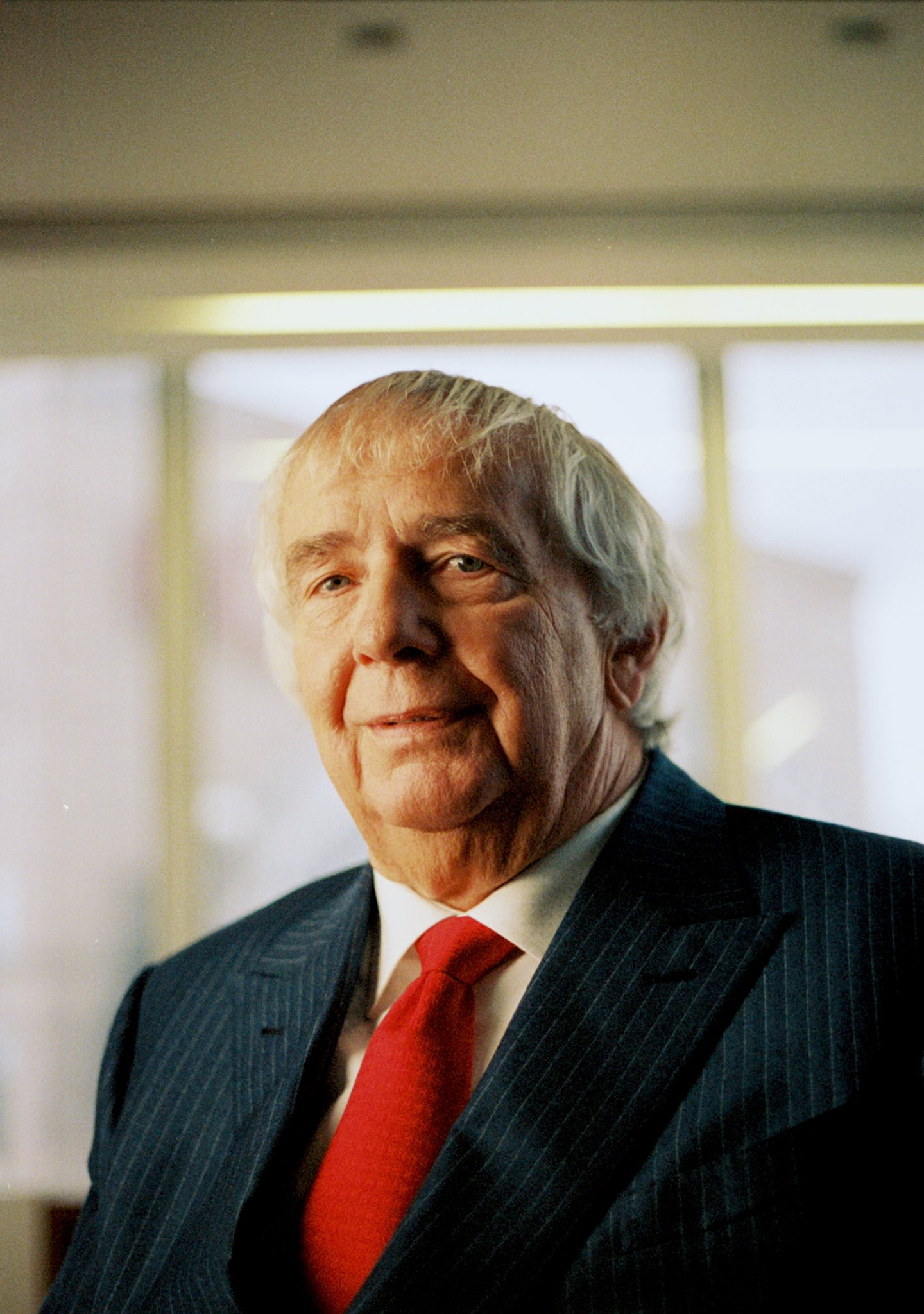 Jerry McDevitt. Dark Side of the Ring photo by Dan Tahmizian and Andy Appelle

Second would be the most interesting figure who took part in this particular episode, Jerry McDevitt, the long-time attorney for the now WWE and Vince McMahon, who as seen last night, offered an insight into both company and its main players that we as the public are rarely allowed entry to. Having served in his role since 1987, McDevitt has had a prime seat at the WWF/WWE table ever since, through many triumphs and tribulations. While obviously constricted by lawyer/client confidentiality, McDevitt as described by others in the episode as “an intimidating figure, brash, fearless, and armed with a huge intellect” or as Jim Ross calls him “the best lawyer that money can buy.” Not surprisingly it’s his insights that help to drive the episode, and in the end, help to save it from being a standard retell of this particular period in time.

Maybe, if we’re lucky, we’ll see more of him in Season Four of Dark Side of the Ring (hint, hint).