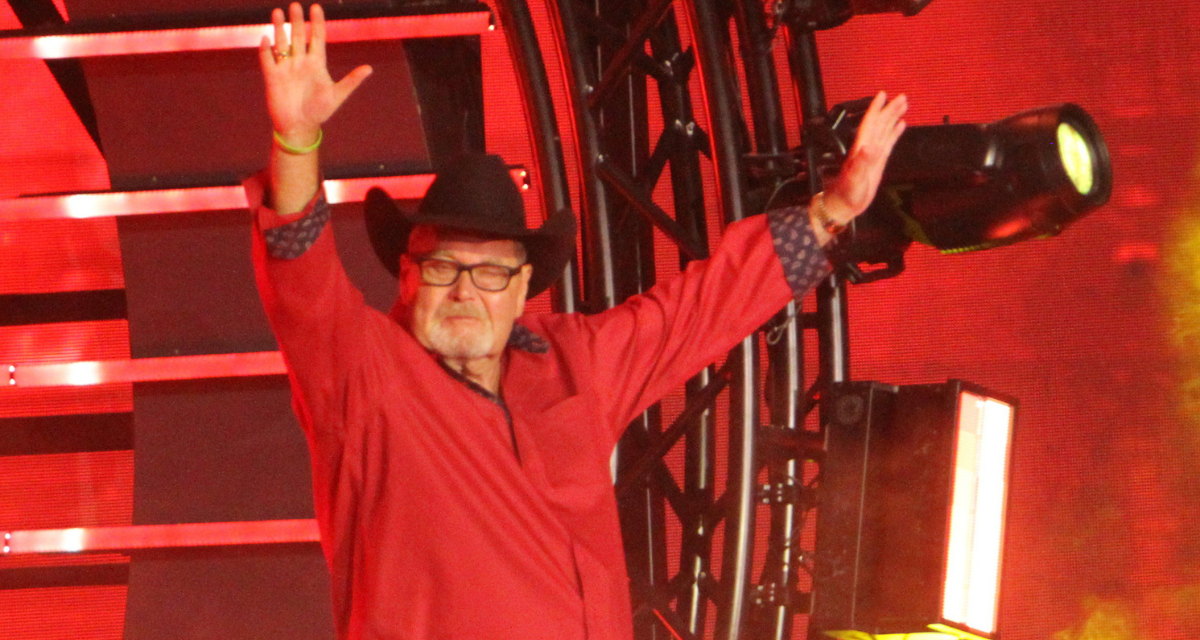 Legendary announcer Jim Ross confirmed in a tweet sent earlier today that he has skin cancer on his leg.

“Skin cancer confirmed. Waiting on radiologist study to determine best treatment. Likely radiation.” he posted, along with a photo of his bandaged leg.

On my way to Orlando for tonight’s @AEW Dynamite.

Feeling great and ready to attack.

Thanks for the support from so many. 🙏🤠 pic.twitter.com/51PRET5Mgo

Ross, the lead announcer for All Elite Wrestling, is expected to be behind the commentary desk for tonight’s episode of AEW Dynamite, as the tweet noted he is heading to Orlando for the show.

Ross had tweeted about the possibility of the diagnosis a couple of days ago, posting a photo of a bloody abcess on his leg (warning – may be disturbing), and noting that he had been dealing with the issue for over a year. Today’s tweet confirmed his suspicions that it was indeed a “skin cancer issue.”

Been dealing with this for over a year.
Potential skin cancer issue.
Cat Scan today.
Hopeful for good results.
Staying positive. 🤠 pic.twitter.com/U4ttPdxGv1

Ross has had skin cancer in the past; in 2016, he had an operation to remove some of it from his shoulder. For this newest diagnosis, he noted he will be discussion options with his medical team, noting that radiation therapy may be an option.