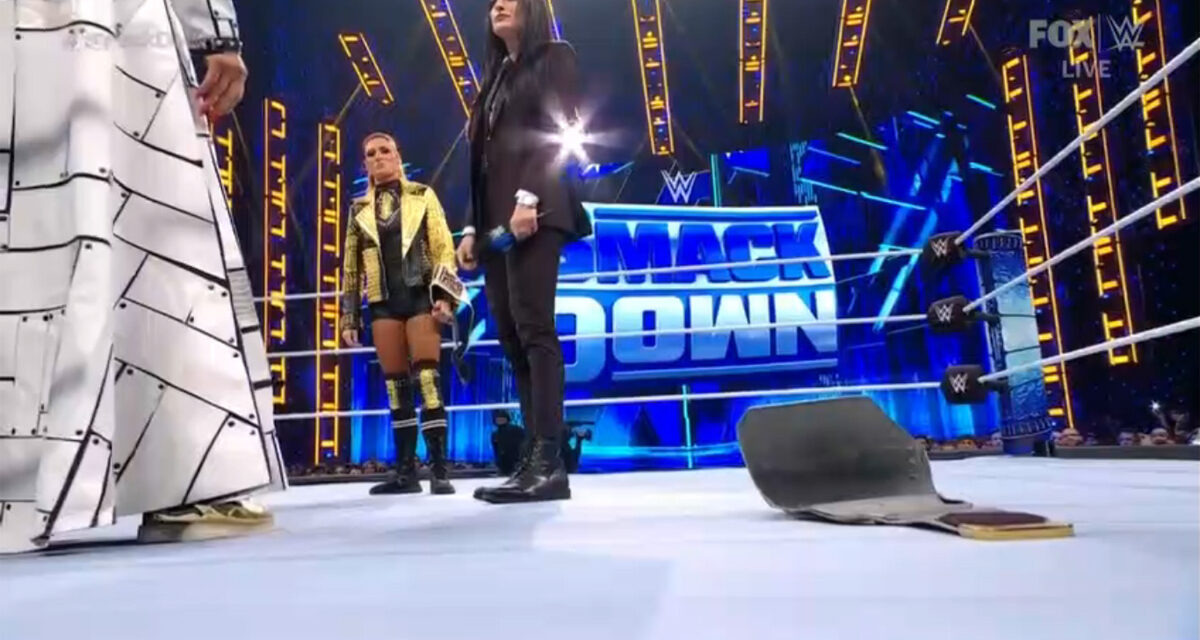 Who would think swapping belts would be so difficult?

With the women’s champions Lynch traded to Raw and Charlotte to Smackdown, the WWE caused themselves a bit of a problem through their own booking. The switching of belts on Smackdown was supposed to solve all of that.

Before Smackdown went live, Charlotte complained about the angle. In her mind, it devalued her championship reign.

During the handoff, Charlotte stalled instead of giving the belt to Lynch. She then just dumped the Raw Women’s Championship on the mat as Lynch reached for it. In retaliation, Lynch threw the Smackdown Women’s Champion at Charlotte.

None of this was part of the planned segment.

PW Insider reports that things got heated between Lynch and Charlotte backstage with Lynch complaining that Charlotte made her look bad on live television and in front of the crowd.

Flair then left the building without speaking to McMahon, traveled to Orlando to meet with Andrade ahead of AEW’s Dynamite.

Andrade Tweeted out this last night after Rampage and Smackdown ended. It is not clear what the comment is in reference to.

On the WWE’s YouTube channel there is no video of the exchange. There is only the confrontation between Charlotte and Banks afterwards.