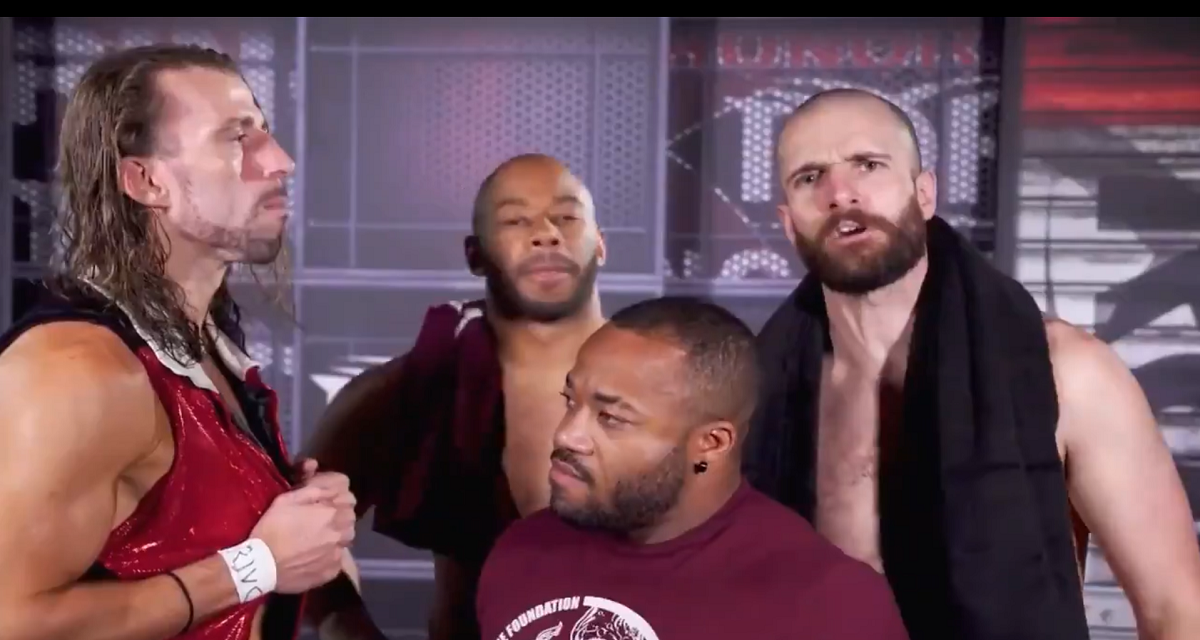 Greetings and salutations everyone and welcome to my weekly ROH TV report. We are a week closer to Final Battle and only so many TV shows before the PPV. My hope is that this week we get more build up. Without further ado let’s get to it.

The show started off at the News Center as Quinn McKay runs through the card for the night which only consisted of two multi-man matches.

S.O.S were out alone without the rest of Shane Taylor Promotions. As La Faccion make their way to the ring we got a cut in promo from the champs. Dragon Lee said they are the best tag team in the world. King said that S.O.S fell for their trap and tonight they will be taught a lesson. It should also be noted that Lee and King were also without the other members of La Faccion.

Moses and Lee got things started but right away we get a Tranquilo pose from the members of La Faccion. This clearly motivated S.O.S as they took the early advantage as we headed into commercial.

Back from the break, Lee was being man handled by both members of S.O.S as they were able to successfully split the ring for the members of La Faccion. Kaun attempted to suplex Lee into the ring but King blocked this and the members of La Faccion were able to take the advantage and throw Kaun into the barricade outside of the ring. Kaun was thrown back into the ring and King put Kaun into a single-leg crab. As we headed into commercial, Kaun was able to get a rope break.

Back from the break, Kaun was able to get a suplex to King which opened the door for both men (Kaun and King) to make tags to Lee and Moses. Moses attempted a suplex to King but Lee interfered and in doing so was able to land a suicide dive to Kaun on the outside of the ring. It was only a matter of time for other members of any team to show up as Bestia Del Ring showed up at ringside. As S.O.S started to double team King, Bestia climbs the ring apron and for somehow is able to get the refs full attention as they had a full conversation in the middle of the match. This prompted Shane Taylor to come out and get into Bestia’s face. King raked Kaun’s eyes and Lee hit the incinerator to give the champions the controversial win.

After the match, Taylor and Bestia were fighting.

It is main event time! First out was C.B. Keys, Joe Keys, Taylor Rust, and Eli Isom followed. In their promo Isom said that this team is together after being motivated by Jay Lethal’s promo from Death Before Dishonor. The Foundation came out all together and in their promo, Lethal mentioned that everyone in this match is a Pure Wrestler.

Tune in for FREE here: https://t.co/i2jLIRJRhr

Rust and Williams started the match but there were quick tags to give each member of both teams a bit of TV time as we headed into commercial. Back from the break, Keys and his mentor Gresham locked u in the ring. Keys was getting an additional lesson from his former mentor until Rust was tagged into the match.

Rust and Lethal locked up and Rust was able to get a dominating advantage for his team as we headed into the final commercial break of the show. Williams delivered a Doctor Bomb to C.B and tagged Titus into the match. Rust came back into the match and we got a very evenly matched and fun confrontation between the two legal men (Rust and Titus). Gresham and Keys were once again the legal men and we had a very “Pure” matchup. Gresham put Keys in a drop toehold as the rest of Keys’ team was held back by The Foundation. Keys couldn’t find a way out and was forced to tap out.

After the main event we saw a promo that showed Vinny Marseglia wearing a black crown talking about Pure Wrestling and the ROH Pure division.

This week’s TV was good for matches and in-ring but really lacked in build up towards Final Battle. We now have a clearer picture of the tag team division with your champs La Faccion (King and Lee) retaining this week while the OGK (Bennett and Taven) waiting in the wings. We also saw a new challenger to Josh Woods’ Pure title as Vinny Marseglia delivered a quick promo to end the show. I do wish that that there was more build up and story in the hour but we are slowly getting a clear picture of the various title pictures.  Until next week!