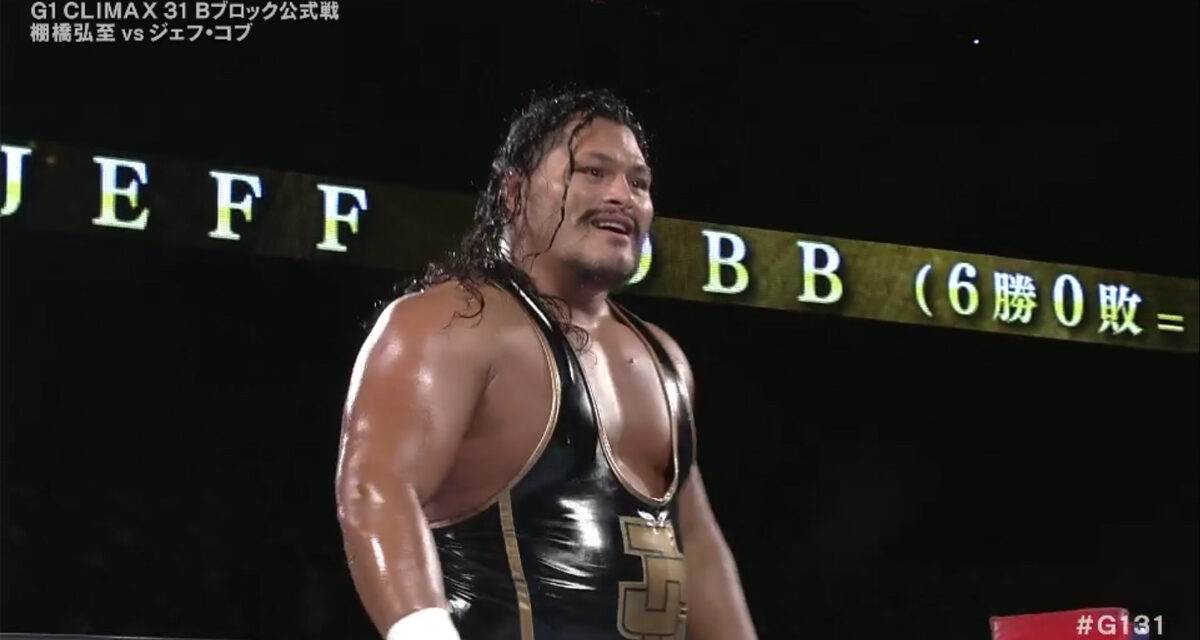 Like runaway trains, Jeff Cobb and Kazuchika Okada cannot be stopped. Cobb picked up his seventh win in a row of the G4 Tournament by beating Hiroshi Tanahashi in B Block action on night 14. Kazuchika Okada defeated Chase Owens to maintain his seven match winning streak as well. It appears likely that both men will be facing off in the finals of B Block. 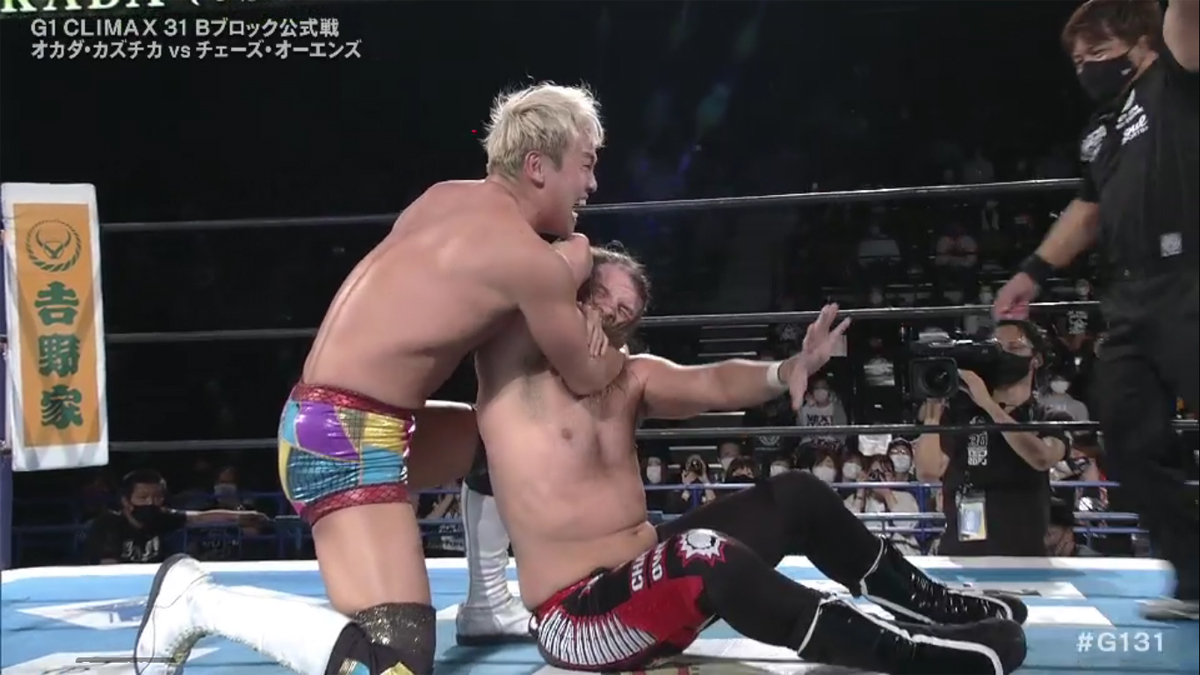 In A Block, it is Kota Ibushi at the top of the mountain with Zack Sabre Jr., Kenta and NJPW IWGP World Heavyweight Champion, Shingo Takagi, tied for second.

Oiwa taps to the Boston Crab.

Tonga wins with a Gun Stun.

Yoshi-Hashi fights on and on but cannot escape Skull End.

Dick Togo chokes out Goto. Evil hits Everything is Evil.

Another Tour of the Islands. Another win.

Ishii pins Hiromu with his Brainbuster.

Kenta throws Zack into an exposed turnbuckle and puts his lights out with a GTS.

Yujiro handcuffs Yano. They fight under the ring. Yujiro comes out handcuffed. Yano beats him back into the ring.

Shingo pins Loa with Last of the Dragon.

Several kicks to the head and a Kamigoye pins The Great-O-Khan.