‘Heels’ Episode Seven: The go-home show before the State Fair 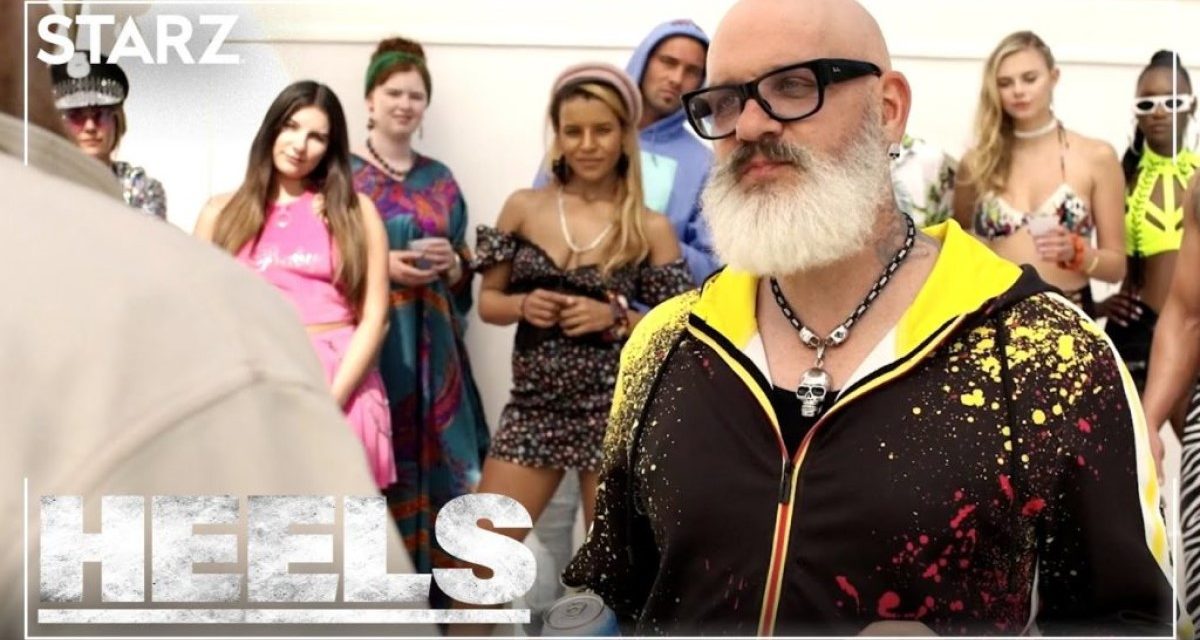 Heels, the family drama disguised as a wrestling show, has built itself up in excellent fashion in its short, inaugural season. Unfortunately, it hit a bit of a speed bump in its second-to-last episode, but ultimately it stays on track leading into the finale. In wrestling parlance, all it has to do is make you buy the pay-per-view, and it has definitely earned that much this season. You can watch Heels through the STARZ channel next Sunday at 9:00 pm EST, or through their streaming service anytime.

The seventh episode is titled “The Big Bad Fish Man” in reference to Gully, the white-bearded promoter of an upstart federation called Florida Dystopia Wrestling. Played by series producer (and veteran actor) Mike O’Malley, Gully is brash, vulgar, and, as we learn in this episode, entitled to having a dark view of life. The wrestling he offers up in his FDW is brash and vulgar as well, featuring all the weapons, blood, and budget that you won’t find up north in the Duffy Wrestling League.

In running the DWL, brothers Jack and Ace Spade (Stephen Amell and Alexander Ludwig) have fought, reconciled, and fought some more in their positions as promoter (Jack) and top talent (Ace). Amell plays Jack Spade like he’s wound so tightly that he may snap, while Ludwig’s Ace is loose and freewheeling. From the episodes so far, though, we’ve seen that the bond between them, perhaps more forged in family duty than in family love, has survived the moments when they seem ready to kill each other.

It’s what makes Ace’s actions in “The Big Bad Fish Man” a little incongruous with the story between the brothers so far. With one of the DWL’s best talents Rooster (Allen Maldonado) having been lured away from Georgia by Gully to join his Dystopia, and with Gully papering the DWL’s home arena with adverts for his own show, Ace takes a trip to Florida to, as he puts it succinctly, kick Gully’s ass.

Instead, he arrives in the midst of a party and, with some nudging from the very happy-looking Rooster, gets into discussions with Gully about abandoning his brother and joining the FDW. Maybe it all happened too quickly, but the idea of Ace fully turning away from Jack and the DWL in what would be an irrevocable split, didn’t fit even with Ace’s impulsive character.  Jack, as you might expect, has his own idea of how to respond when he catches wind of this, but you’ll have to watch the episode to see what it is.

Staying true to the show’s ability to carry several stories at once and make them all meaningful, Crystal (played by Kelly Berglund) takes her big chance and attends an open tryout for DWL wrestlers. Though Jack makes it clear that he won’t trust her after she went off-script and into business for herself two episodes ago, she gets in the ring and dazzles everyone in attendance. Mind you, Jack wasn’t there, and without actually seeing her in action it’s hard to imagine that he’ll be impressed enough by simply hearing about it to change his opinion of her.

The deeply complex relationship between Wild Bill (Chris Bauer) and Willie (Mary McCormack) continues to ripple through each other’s lives, especially as Willie and her husband Ted clash over how much she is putting into the DWL, and how little she seems to get out of it — at least how little of positive nature. That theme has been running strongly through the season, especially between Jack and his wife Staci (Alison Luff), and it gets worse in that department in this episode as well. With their son decking a kid in school, and Staci unearthing backstage news that she didn’t know about how Jack manipulated Ace into his current status as top heel, it’s looking more and more as if there will be a decision looming for Jack between his family and his federation.

Although the show will certainly leave some gas in the tank for a potential second season, expect fireworks in the finale next week as it wraps up many of the intriguing storylines it has woven into its first eight episodes. As always, stay tuned to Slam Wrestling for our recap of the show, and, if you’re joining the series late, check out our story and review archive to catch up on everything Heels.