Another shocking win at the G1 Climax Tournament 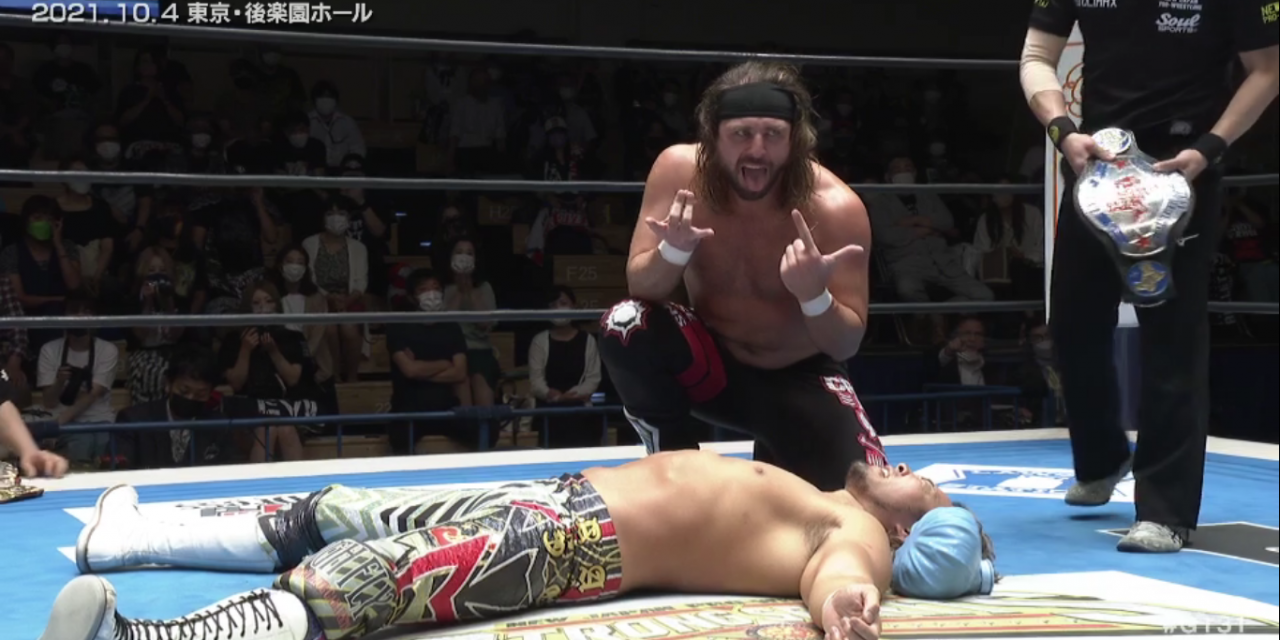 Reader Alert: Today’s NJPW G1 tournament action is completely free to watch on NJPW World. You can check out the two-plus show here.

The big news of the night though was that Chase Owens pulled off a stunning victory over the veteran Hiroshi Tanahashi. Owens stopped the High Fly Flow by putting up his knees. Two running knee strikes to the head and a Package Piledriver pinned Tanahashi so that Owens could notch his first win of the tournament.

“If you read the internet there is going to be some pissed off people. Just for the record, these are my first G1 points and you can never take that away from me!” said Owens to the cameras as he left the ring.

Owens’ win could be the set-up for a IWGP United States Heavyweight Championship match between him and Tanahashi. 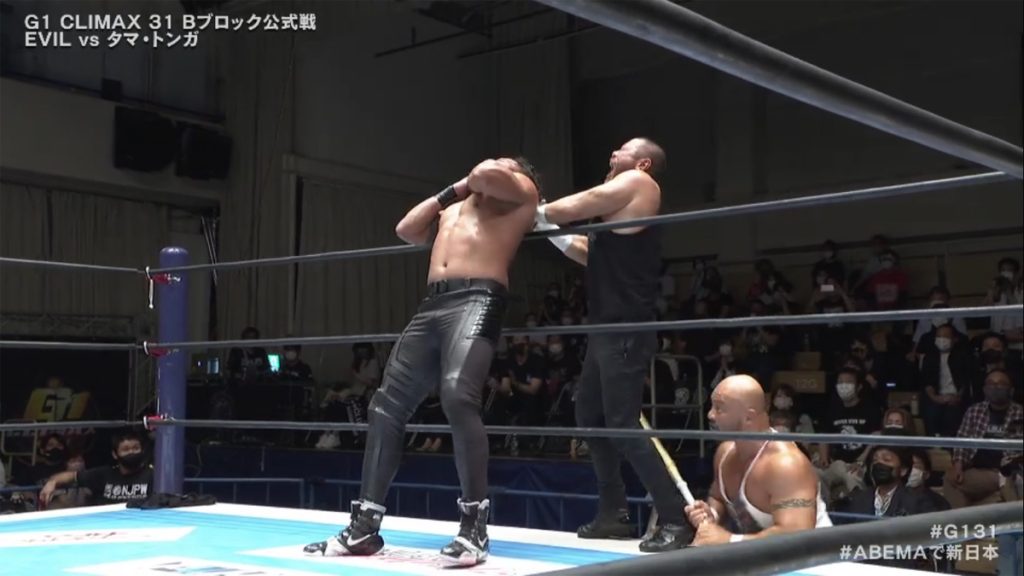 Jado and Dick Togo confer before the match begins. Jado warns Togo not to cheat. Kelly: “You might as well tell the man not to breathe.” All four men did a Bullet Club salute. Evil extends his hand to Tama. As Tama reaches for it Evil attempts to blindside him. “You son of a bitch! You evil son of bitch!” sneers Tama. Tama performs a tribute to his father Haku by leaping over Evil twice and decking him with a chop the throat. Evil bails. The crowd claps on unison. Togo loosens a turnbuckle pad. Tama misses a Stinger Splash flying right into the exposed buckle. Togo approaches Tama outside the ring. Jado chases him off. Evil kicks out of the Tongan Twist. Tama blocks an attempted low-blow. A death valley driver and a Superfly off the top rope score Tama a two count. Tama readies for a Gun Stun but the lights in the arena go out. When the lights turn back on Togo is strangling Tama with his garotte. Jado nails Togo in the back with his kendo stick. An angry Tama puts Togo in the Tongian Death Grip. Evil punches Tama in the “lower abdomen” and lands Everything is Evil for the very complicated win. Sho appears admitting he turned the lights out on Tama. The two sides do not leave the ring together. Could there be some bad blood brewing in Bullet Club?

Cobb scores another win with Tour of the Islands.

The two partners clash with Goto coming out on top.

With just two minutes left in the match Sanada puts Okada in Skull End. Okada escapes to hit Landslide and the Rainmaker for the win with just 30 seconds left.