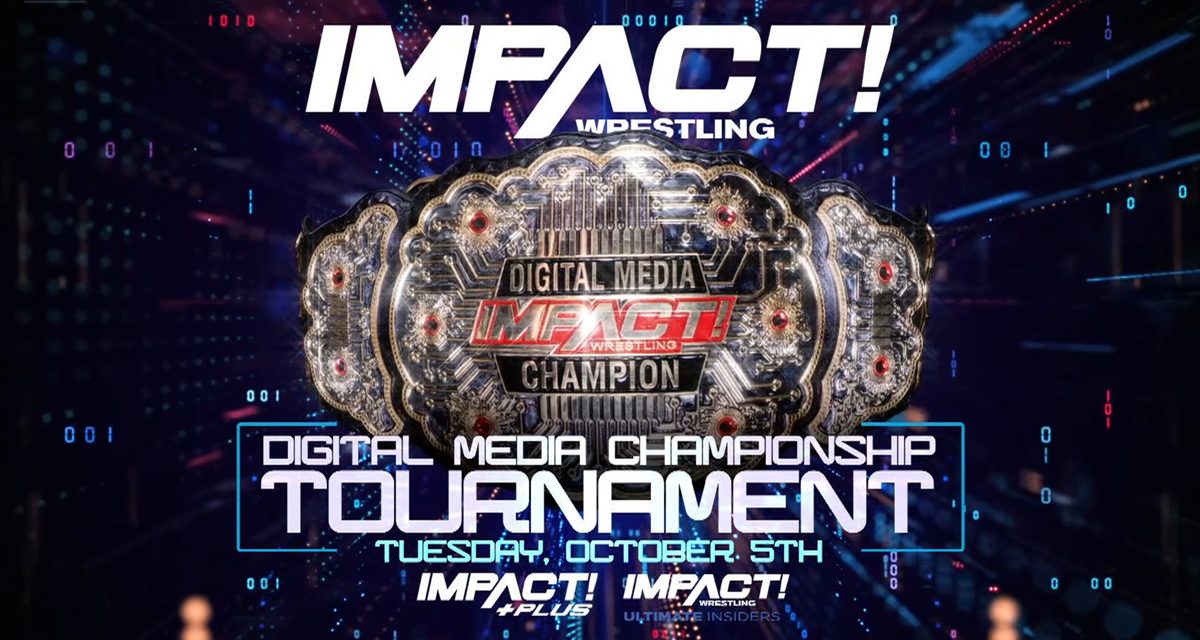 The Digital Media Championship is coming to Impact Wrestling.

The first-ever champion will be crowned at Countdown to Glory which airs at 9pm ET/6pm PT on Saturday, October 23rd before the Bound for Glory event.

“In the fine tradition of the iconic television titles from pro wrestling history, IMPACT Wrestling will add a fourth singles championship on October 23rd. The inaugural Digital Media Champion will be crowned in a six-way match, with the winner making history,” said  IMPACT Wrestling Executive Vice-President Scott D’Amore.

Those six competitors, however, will have to fight for the opportunity to become the first Digital Media Champion.

“Twelve contenders, drawn from both the Knockouts and male rosters, will compete in six single-elimination matches over the next three weeks. The winners of those matches will be the final six who go on to BEFORE THE GLORY and the Digital Media Championship six-way,” D’Amore added.

The elimination match-ups will stream Tuesdays and Wednesdays on IMPACT’s own digital subscription network IMPACT Plus and for IMPACT Ultimate Insiders on the promotion’s YouTube Page. After 24 hours, the matches will be made available for everyone across IMPACT’s digital universe, including YouTube, Facebook and Twitter.