G1 Update: Cobb and Okada destined to be finalists? 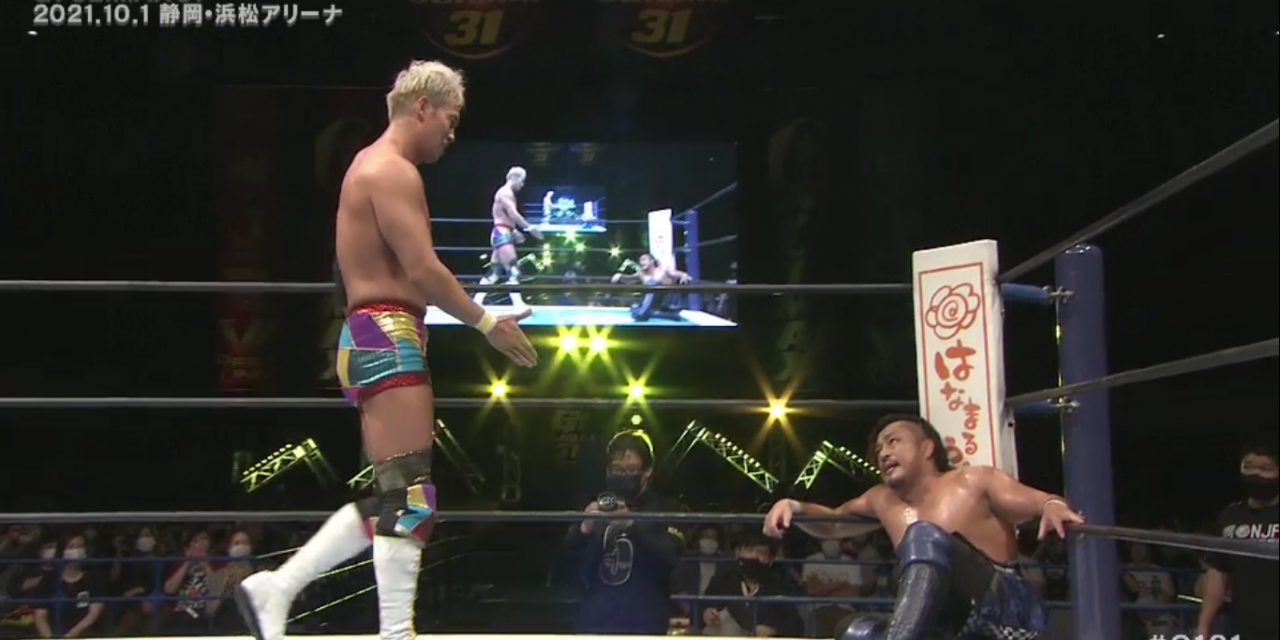 Jeff Cobb and Kazuchika Okada look more and more like they will be meeting in the finals of B Block of the G1 Tournament. Cobb defeated Bullet Club’s Tama Tonga on night eight as Kazuchika Okada put away his Chaos ally Hirooki Goto to pick up two more points. Cobb and Okada sit on top of B Block with eight points each. Struggling at the bottom of the standings are Hirooki Goto and Chase Owens who haven’t won a single match thus far.

Catching you up on A Block, it is the Great-O-Khan and Zack Sabre Jr. who are leading the pack there. Sabre Jr. has won all of his matches to date while Khan’s only loss was to Sabre Jr.

Cobb kicks out of a  beautiful Superfly splash by Tama. Cobb turns Tonga’s attempted Gun Stun into a German Suplex and a Tour of the Islands.

Evil doesn’t take it easy on Owens. He smashes him into the steel barricade. Dick Togo even attacks Owens on the floor when the official’s back is turned. Evil wins with a low-blow and a Everything is Evil.

Yashi pins Taichi with Karma for his first win of the tournment.

Okada fools Goto with a simple roll-up for his fourth win of the tournament.